NEWS The BMS PE and Health Faculty prides itself on promoting sport for all and encouraging all of our students to lead a healthy, active lifestyle. In addition an extensive range...

Aman 7 Elm was the class expert for the Year 7 google logo design lesson and actually taught the other students at key parts of the lesson. He was awarded an R2 for his major...

Our A Level students were researching and revising in preparation for their PPEs, going over some of the complex concepts related to Anthropometric Data and its use in real life...

Designers of the Future?

It was great to walk into Year 7 technology lessons this week and see all the students so engaged in some superb activities related to real life and work related experiences....

This week we had June Boother who works at the Red Trust Bushey food bank coming in to speak to year 7 and 9 Willow about the food bank and its role in the local community. She...

It is always great to see students achieving superb things across our learning community; last week many staff and parents commented on the excellent newsletter article written by...

A Level Half Term Revision Timetable

Another excellent ‘Monday Magic Moment’ was shared at the start of this week – this time by Mrs Selliah, one of our hard working teachers in our flagship Maths...

A team of year 7 students from Bushey Meads triumphed at the London regional final of the F1 in Schools competition. ‘The Rays of F1’ team; Matthew L, Alex C, Ishaan...

The BMS PE and Health Faculty prides itself on promoting sport for all and encouraging all of our students to lead a healthy, active lifestyle. In addition an extensive range of competitive extra-curricular opportunities are offered to provide students with the opportunity to excel in sport. This week has seen District success for both our football and athletics teams which we are very proud of. The Year 8 Boys football squad competed in the District Division 1 7-a-side tournament and after a very competitive evening of football came out winners over FC Academy in a penalty shootout. The following evening was the District Round of the Indoor Athletics competitions with the Year 7 and 8 BMS teams in competition with Queens, Westfield and Yavneh Schools. Both the Year 7 Girls and the Year 8 Boys teams managed to win their respective competitions – a fantastic achievement. With a win for the Y10 Boys basketball team on Wednesday evening it has been a really successful week for BMS sport.

Next Wednesday we look forward to the Boys District Division 1 end of season League football finals with BMS teams having made the finals at Y7, Y8, Y9 and Y10. The games will be played at Parmiters School with each game kicking off at 2.15. If parents are coming to support IT IS ESSENTIAL THAT THEY PARK IN THE PAVILION CAR PARK AT PARMITERS NOT THE SPORTS CENTRE CAR PARK. ALL PARENTS MUST ALSO SIGN IN AT THE PAVILION BUILDING for safeguarding reasons. I look forward to reporting back on the outcomes of the finals next week.

Comment : Monday saw both the year 8 A and B teams take a trip to queens for their 7-A-Side tournament. Both teams were placed in separate sides of the draw but had the potential to meet later on in the tournament. The B team struggled for goals and were unfortunate to narrowly miss out on escaping the group. The A team were in fine form for the most part and were looking like strong favourites to win the final. In the end, the A team won the final on penalties after a difficult match vs Francis Combe.

Comment :  The year 10 boys made a really positive start to the season with a well deserved 20-16 win over a very competitive Westfield team. The team were excellent on defence throughout the match with high levels of effort and concentration. Some improved offence as the game went on saw the boys take the lead in the 2nd quarter and stay out in front for the remainder of the game. Some excellent rebounding work from J Sotomey under the basket and solid offensive driving from R Sims, J Marsh and G Rowe was the difference between the 2 teams.

Teams: Year 7 and 8 boys and girls

The district round of the Sportshall Hall Athletics Challenge took place at Queens school and Bushey Meads fielded strong teams in all four age groups.  With a maximum of 8 athletes per team students compete in a variety of events including the standing triple and long jump, indoor shot, speed bounce, 2 lap, obstacle and finish with relays.

It was a fun evening of athletics with the BMS students acquitting themselves very well against tough opposition.  With lots of victories across all of the age groups it was great to see all of the students enjoying themselves. There were even bigger smiles when the results came through and Bushey Meads had won at both the Year 7 girls and Year 8 boys age groups, a fantastic team effort with some great individual performances.

We look forward to hearing how the Year 7 girls get on when they attend the county finals later in the year, sadly there is no competition at this level for the year 8 boys but we hope to see them and all the other athletes representing the school in the Summer Athletics matches.

A reminder to all students specialist athletics coaching with Watford Harriers takes place, for free, every Tuesday after school from 3.15 – 4.15. 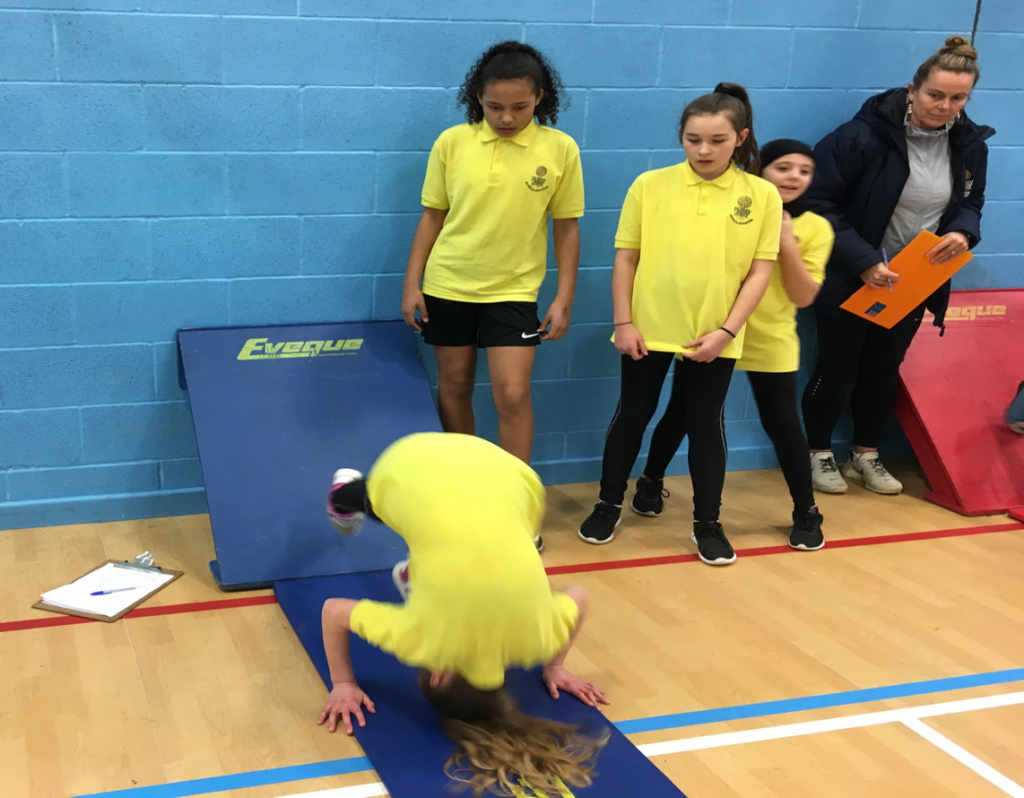 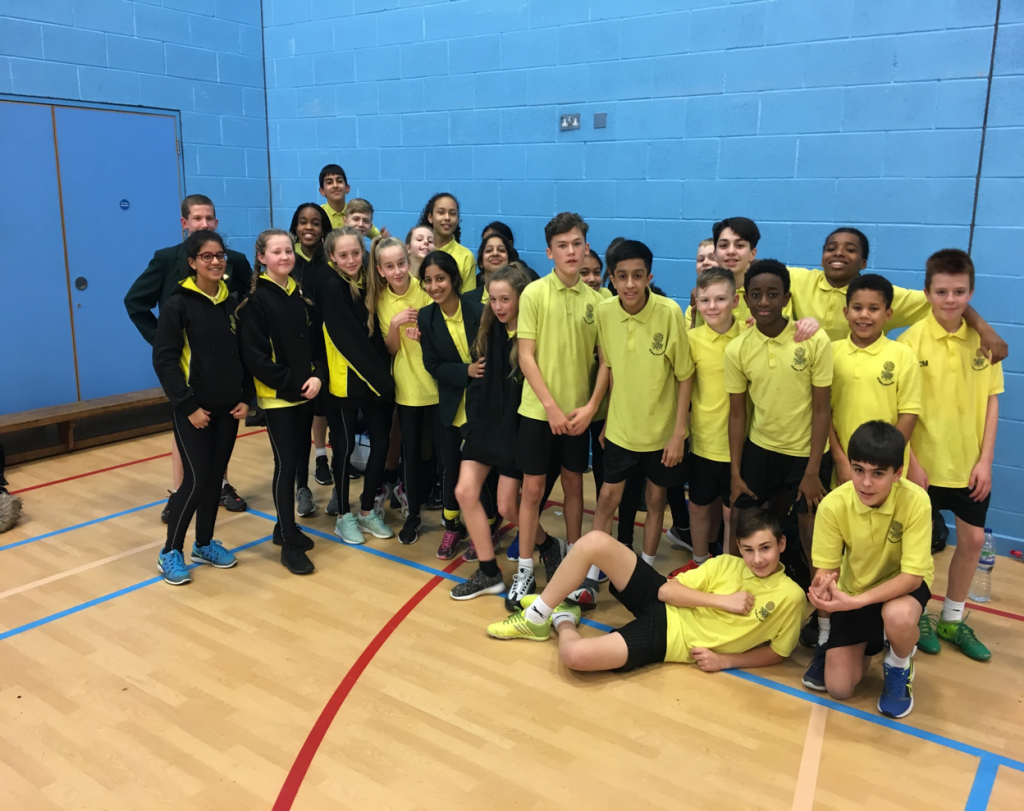 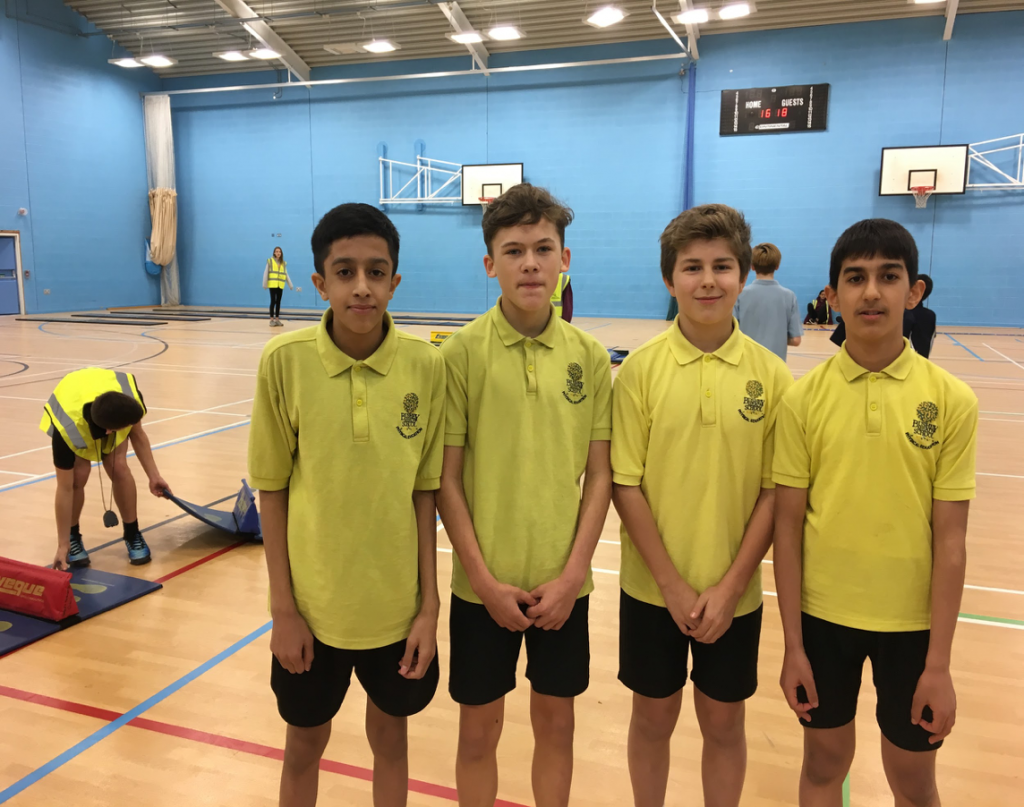 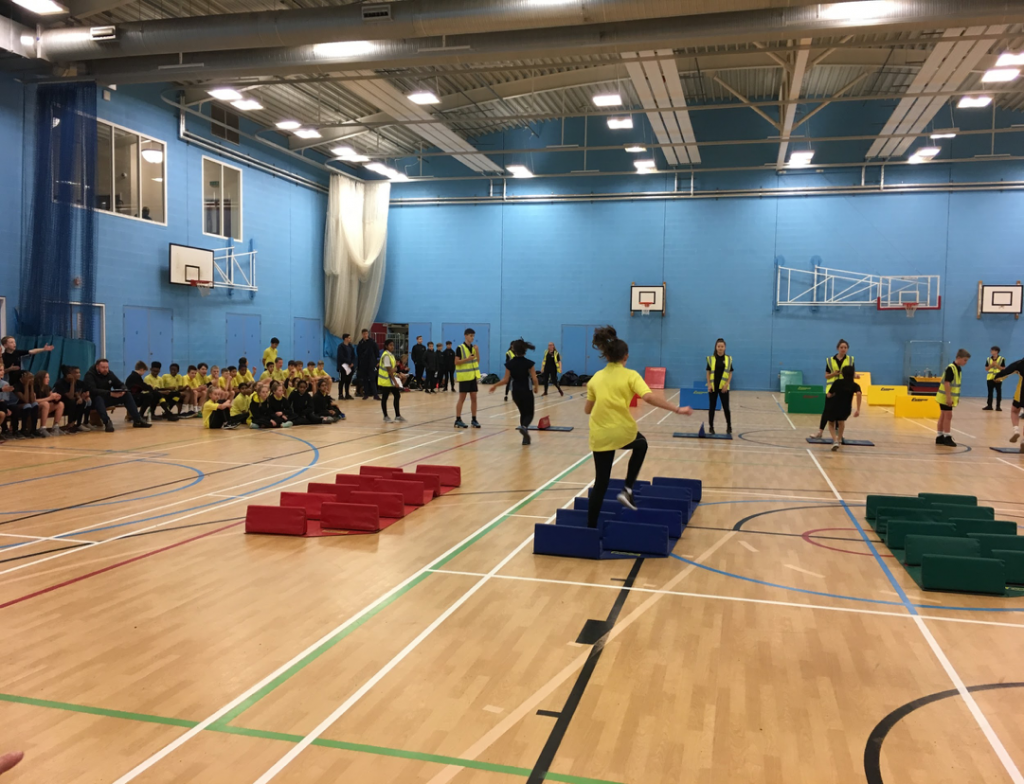