Back to Latest Articles
Design & Technology

Pioneers in IT and Computer Science – Black History Month

This month is Black History Month and I thought it would be a good idea to shed light on those individuals who have made a difference in the world of Technology. There are a lot...

On Thursday 23rd September we had our first of six calendared D.E.A.R events this year. As many of you will know, this is an established part of our celebration and promotion of...

Mythology with year 7 at the start of a new academic year is one of my favourite things to teach! All the students thoroughly enjoy learning the meaning behind myths, how they’re...

Fascinating Facts About the English Language

How many people speak English? There are over 840 million people who speak English as a first or second language. This makes it the second most spoken language after Mandarin. It...

Living Out Our Mantra of Kindness

It was inspiring to read an email on Monday morning of this week and hear about one of our new Year 7 students literally living out our school mantra ‘Our School has a Mind...

Reading to improve our strong culture of learning was reinforced by two of our top teachers on Monday morning in our Staff Briefing meeting. The ‘Monday Magic Moment’...

In our Year 10 assembly this week, Ms Smith, Pastoral Manager for Year 10, shared some words of wisdom to help our Year 10 students embark as positively as possible on the 18...

Word of the Week: Fragment

It was great to see so many parents and carers attend this week’s Year 12 Parents’ Information Evening, engaging with the important subject information talks across...

In this week’s Year 13 assembly, our outstanding Head of Sixth Form, Mr O’Kelly, spoke to our Year 13 Students about what a crucial time lay ahead. If they...

Pioneers in IT and Computer Science – Black History Month 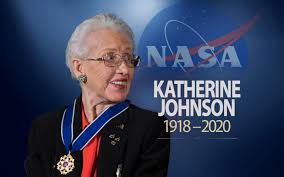 This month is Black History Month and I thought it would be a good idea to shed light on those individuals who have made a difference in the world of Technology. There are a lot of people to choose from, but I thought I would share with you an individual who paved the way for women to pursue a career in a male-dominated industry. Her name is Katherine Johnson. 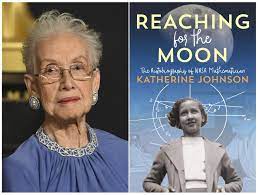 Working in the area of space travel geometry, Katherine Johnson calculated the orbits and trajectory of objects like the Earth, the moon, and spacecraft. Her job was to ensure that the paths taken by the NASA rockets were correct. Without her work, astronauts would not have landed in the right place and not got back home safe and sound. Katherine calculated launch windows, emergency return paths and worked on the Space Shuttle and Mission to Mars plans.

In 1962, as John Glenn was about to board the first space flight to take a person into space to orbit the earth he asked that Katherine Johnson should be called to check that the computer’s calculations for the flight path were correct, and only then would continue with the mission.

Because of the work which she has done with her 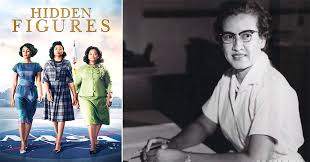 colleagues, she has paved the way for other women to partake in a career working for NASA. More of her legacy can be seen in the film Hidden Figures which depicts all of the major events in her life. It is very powerful and inspiring given the challenges and struggles she and her co-workers had to endure during that period of time.

It was great to see David in Design and Technology appointed as a Student Expert and Helper in the lesson on Tuesday of this week.  His fellow students were making moisture...

Covid can’t stop creativity! Year 9 experienced their first Clay Lesson in the Art Department this week. With a slight hurdle in the way the past year, the year 9’s...