Back to Latest Articles
Geography

Day 1 On Thursday 7th October 2021, we travelled down to London King’s Cross – we met outside the station where we filled in a ‘Perspective Survey’ which was where we had to...

With the current restrictions fieldwork has been non-existent over the last year and a half. However, with restrictions easing we have started to plan and execute fieldwork around...

The Journey Continues in Geography!

The Journey Continues in Geography Lessons across the subject continue to be engaging and interactive, in class or online. KS3 students in geography have been given the...

Year 8 students have been studying the impact of climate change on the environment and in their geography lesson earlier this week they completed a lengthy card sort exercise to...

The geography department has been working incredibly hard to provide fun and engaging activities for all students to complete from home whilst still enriching them with...

Key Next Steps in Year 11

It was great to visit a number of Year 11 lessons this week in Social Sciences and Humanities and see the Year 11 students really focusing on planning their key next steps...

As part of the GCSE Geography course, students are required to undertake two field work investigations away from the school site. Following on from our trip to Weymouth last year,...

On Thursday 7th October 2021, we travelled down to London King’s Cross – we met outside the station where we filled in a ‘Perspective Survey’ which was where we had to give our opinion about the area e.g: How busy it was, did we think it was interesting, would people like to work there? We all had very different opinions and the overall score was out of 42 however it could have been as low as -42. We then looked around Granary Square. This is an area which is located a few minutes away from both London King’s Cross and St Pancras International which is served by the Eurostar (International trains) as well as HS1 and high-speed services to Scotland. It is near to offices as well as the Google building and is near the Regent’s Canal. This area as well as Coal Drops Yard has got a lot of high end retail and restaurants and charge much higher prices – for example one restaurant charged a Chicken Sandwich at £9.50! This shows that people who work within the area are more wealthy and can afford these high-priced items, there was also a Waitrose located in the area. 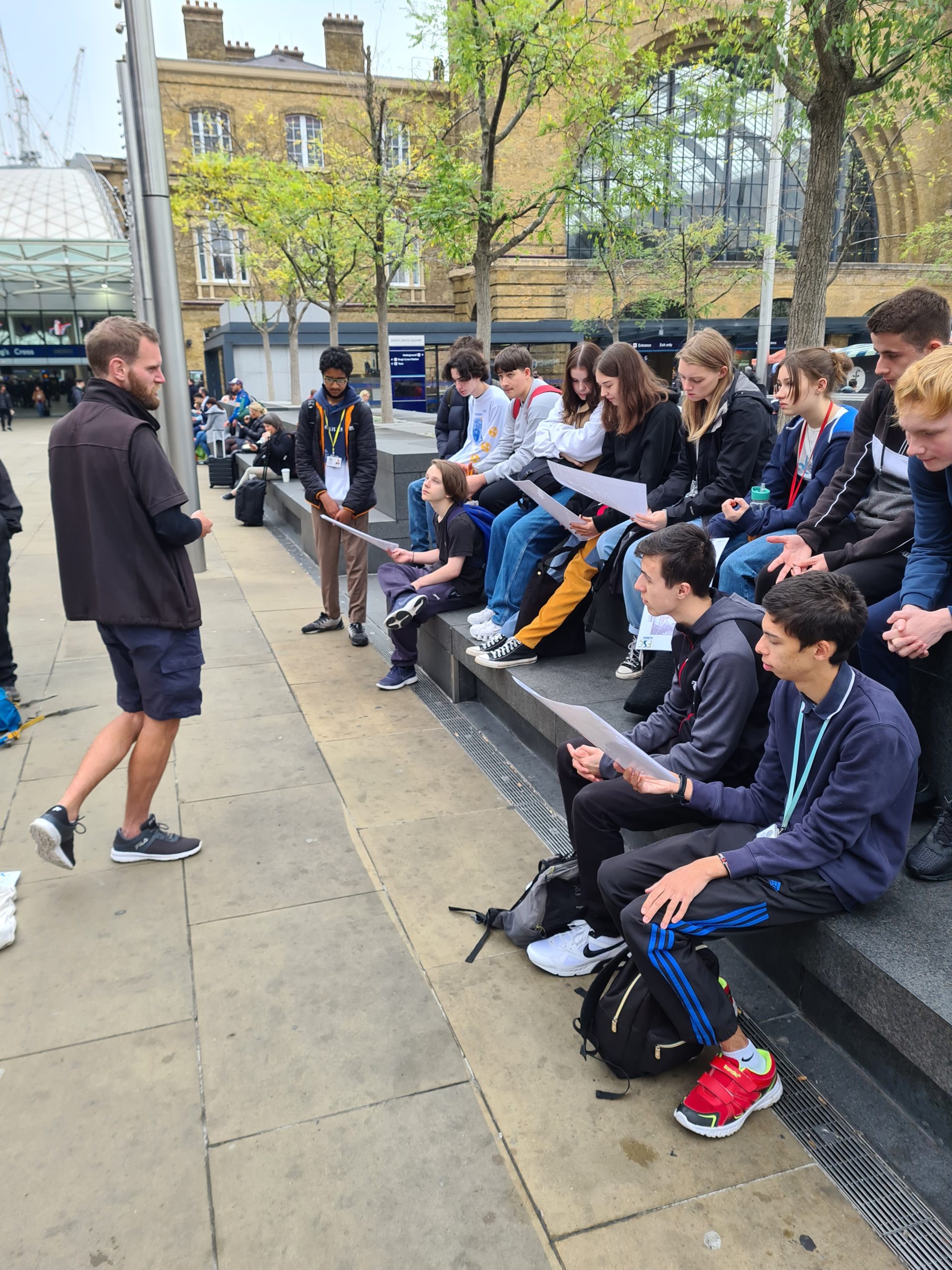 By the Canal in the Granary Square area was a lovely socialising place with seats and astroturf which is perfect when the weather is warm. When we were at Granary Square, we looked at Data Collection methods such as a pedestrian count where we had to count the number of people who passed a particular point within a certain amount of time in that location. Another piece of data that we collected was tallying certain facilities in the area e.g: High or Low End Restaurants/Shop Outlets or Toilets or Social Spaces. This gave us a good understanding of what the area was like – was it a wealthy area or a not as wealthy area or an area which is regenerating. After Lunch, we went to a housing estate which was a bit older and in need of regeneration – this was only a couple of minutes from the stations and we saw that even within the wealthy areas, there are still older housing estates that are yet to be modernised.

Here we did an evaluation of the facilities in the area such as car parking, green spaces and transport links. We walked along Caledonian Road which has a lot of lower end shops, newsagents and cafes which had a lot lower prices than in Granary Square. The 1st day helped us to understand the different methods to collect data and made us have an understanding on the difference between the wealthy and less wealthy areas within the King’s Cross area.

We had 2 lessons in class between the visits to plan the data that we were going to collect on the 2nd visit (Tuesday 12th October 2021) and understand the best ways to collect the data related to our topic. We arrived at London King’s Cross again and started to collect the data related to our question. One of my data collection methods was a ‘Pedestrian Count’ where I had to count the number of people who passed a particular area within 1 minute. The data collection had very interesting results as one time, I stood by the ticket barriers at London King’s Cross and only 4 people passed through! This was because a few trains were cancelled and the last train had already left so no trains were ready for boarding at the time of doing the pedestrian count – however it would have been much busier during rush hour. 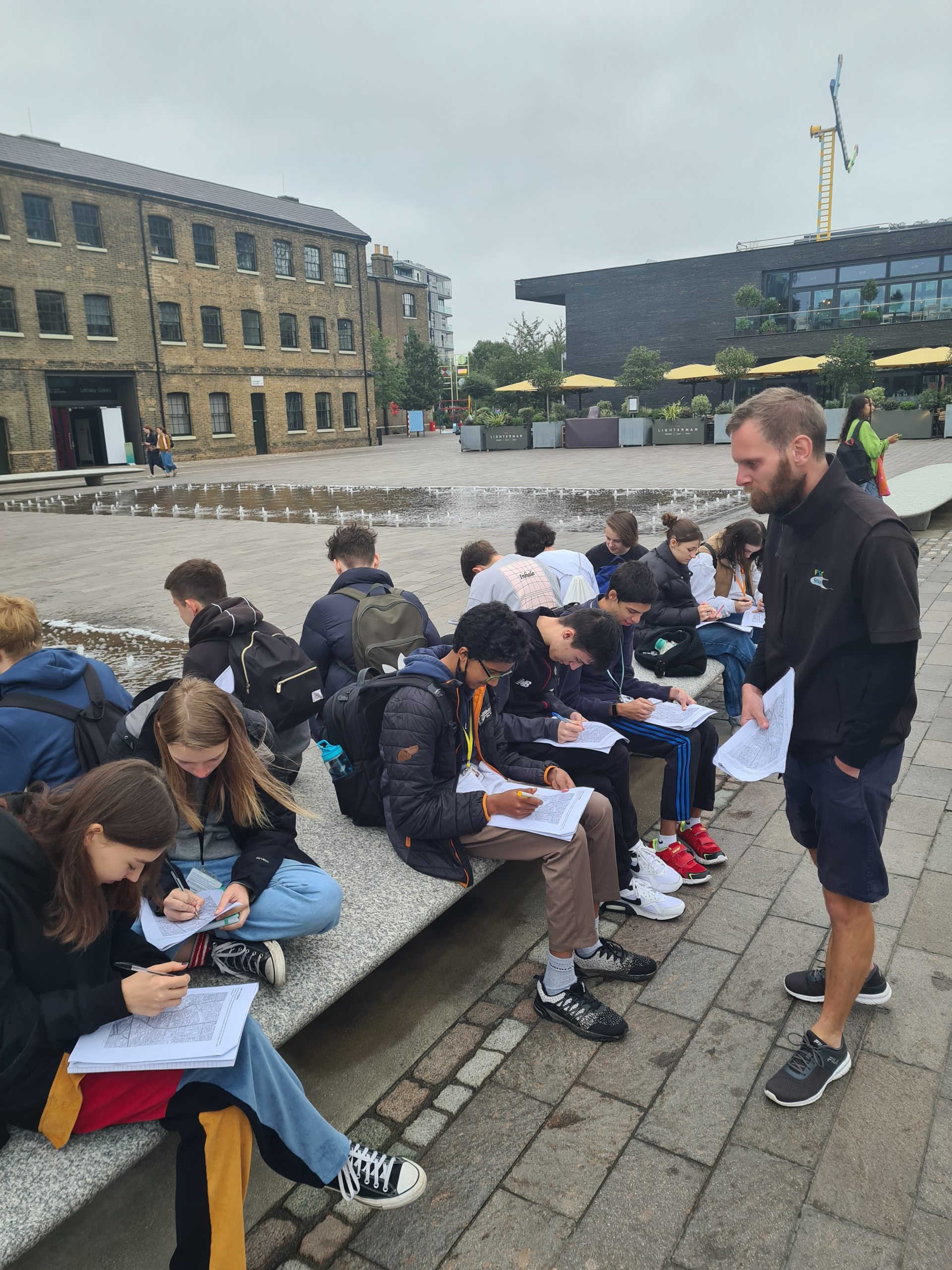 Other people in the class compared more wealthy areas to less wealthy areas and had a look at the different prices as well as the facilities in both areas. I went into a local cafe and bought an Eccles Cake which cost only £1! There would be no chance of getting that in Granary Square for that price. We also made observations as to how people use the area – were they passing through or were they using the space to relax and eat? It didn’t rain at all on either days and it was fairly warm so more people were outside compared to if it was raining.

Why did we go to Kings Cross? 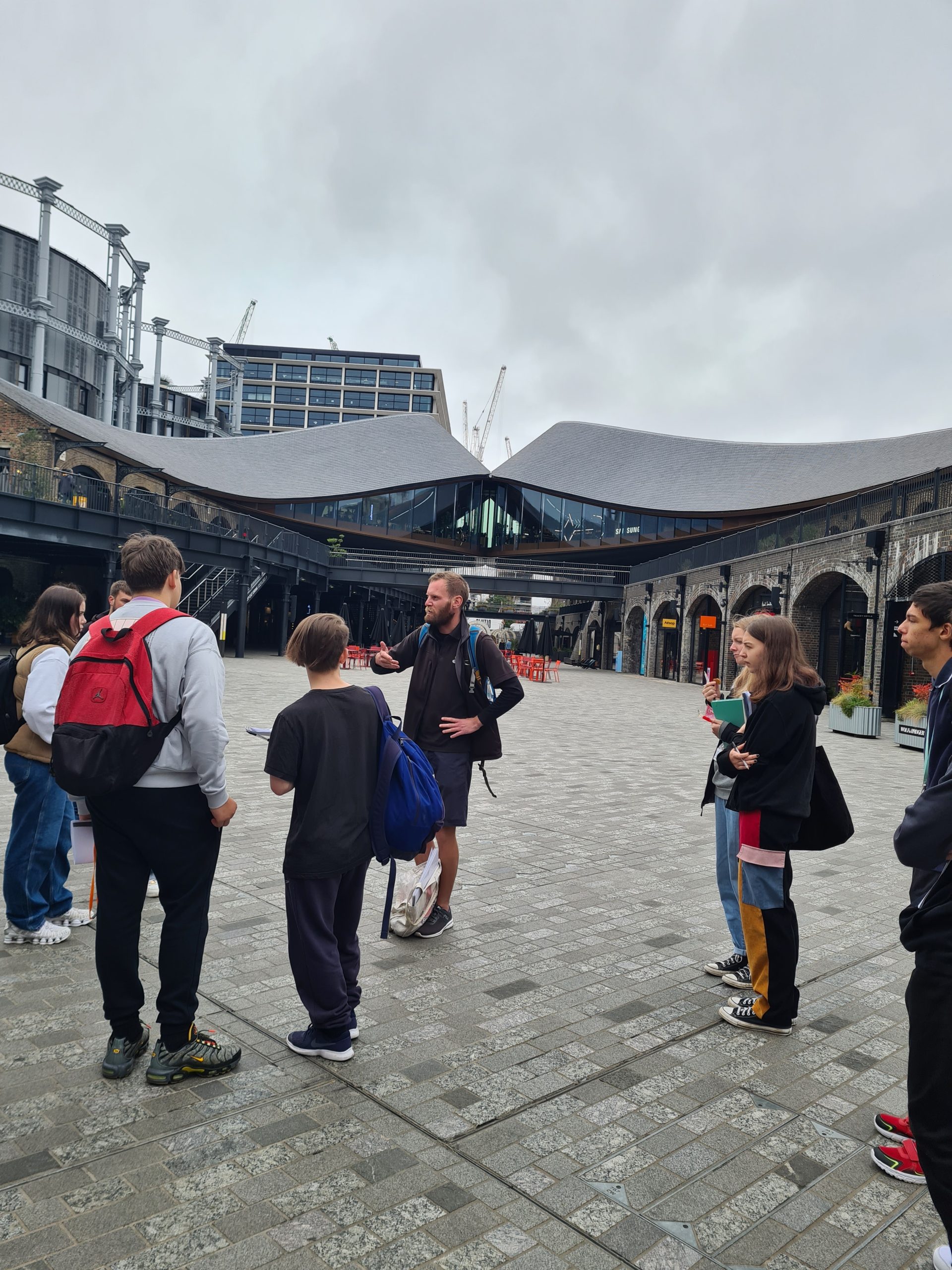 Written By Owen in 13A