Following such a successful reception after our production of Little Shop Of Horrors, now seems the right time to reflect on the impact that this show had on our students. Our...

New Developments In the Arts Faculty

The arts faculty have been recently brainstorming ideas on how to improve the drama and theatre department at Bushey Meads School. Our aim was to introduce a variety of...

With just under a month to go, GCSE drama devised performances are starting to come together. Our performance, titled ‘Secret Tunnel’, is based on the stimulus – Son of...

It was a wonderful experience to play jazz for KS2 of Little Reddings Primary School since educating young people about jazz culture is extremely important and still has many...

On Monday some of our strongest year 9 drama students went head to head in our annual devising competition final. Students, this year, had been tasked with devising short plays...

A-Level drama and theatre studies so far have been very insightful towards the actual courses we will be studying in September. The sixth form bridging fornite gave us a small...

Students Amaze Us Across The Arts

As a teacher who has been teaching for the best part of two decades, I can quite confidently say the current year has been the toughest for me. I’m pretty sure I’m not...

It was inspiring to start another week at Bushey Meads School with a continued focus on sharing best practice. This week Head of Faculty for Performing and Visual Arts Mr Knowles...

The Movies Come To Bushey Meads

Drama has its challenges for remote learning. A subject that traditionally relies on extensive group work and plenty of close interaction was always going to provide us with...

Following such a successful reception after our production of Little Shop Of Horrors, now seems the right time to reflect on the impact that this show had on our students.

Our assistant director, Csenge, year 13, summed it up magnificently on the last night of the show’s run. ‘It’s been such a long time since we were last able to do this, it means the world to us’.
Whilst, as an audience you see the results of the hard work on stage, what you don’t see is the emotion behind the scenes. More so than any other year I was hit by the tears of our year 13 students who were taking part in their last school musical. Many of these year 13s have been taking part in shows for us since they were in year 7 and the emotion they showed demonstrated to all of the staff that the stress and the hours that we have put in was all definitely worth it.
I’d like to use this article to celebrate the unsung heroes working behind the scenes:
Mr Gray and Miss Fort – have worked extensively on preparing the school band to perform the music for the production. Students and staff have had to learn a vast number of songs and this has taken hours over the last term to perfect.
Mr Cox, Miss Noyan aided by Csenge and Phoenix (year 13) – our directors and movement coaches have been with the cast twice a week after school since October to ensure that the show ran smoothly.
Miss Waring, aided by the rest of the art department,  and numerous students – has designed and made the set, all props and the three smaller puppets that appeared in the show.
Our lighting and sound team, Caleb (year 12), Matthew, Jack, (both year 10) – Designed and operated the lighting as well as organising, setting up, distributing and controlling the microphones for the show.

Our front of house team, Miss Wright, Gabriella, Sophie, Aryan (year 12) – gave up their evenings throughout the week of the show to ensure that the audiences were well looked after.

Mr Chalkley, Luke and Mia (both year 13) – for the amazing design and construction of the largest Audrey 2 puppet. Creating a puppet that looked so ferociously real and could actually eat the characters was an amazing feat!
Emily (year 11) – never seen but one of the stars of the show. Emily was our puppeteer. This was a physically demanding role as well as one that required incredible high levels of concentration, sitting in the most uncomfortable positions for long periods of time.
Well done and thank you to all the staff and students that gave up hours and hours of their own time to make the show so successful.
It was great to get back into performing public performances and to get back into the many routines that we had forgotten about during the pandemic. We are now looking forward to the array of performances planned for later this year including our dance showcase, GCSE and A-level dance and drama performances and music recitals and of course our outdoor Summer Shakespeare performances! 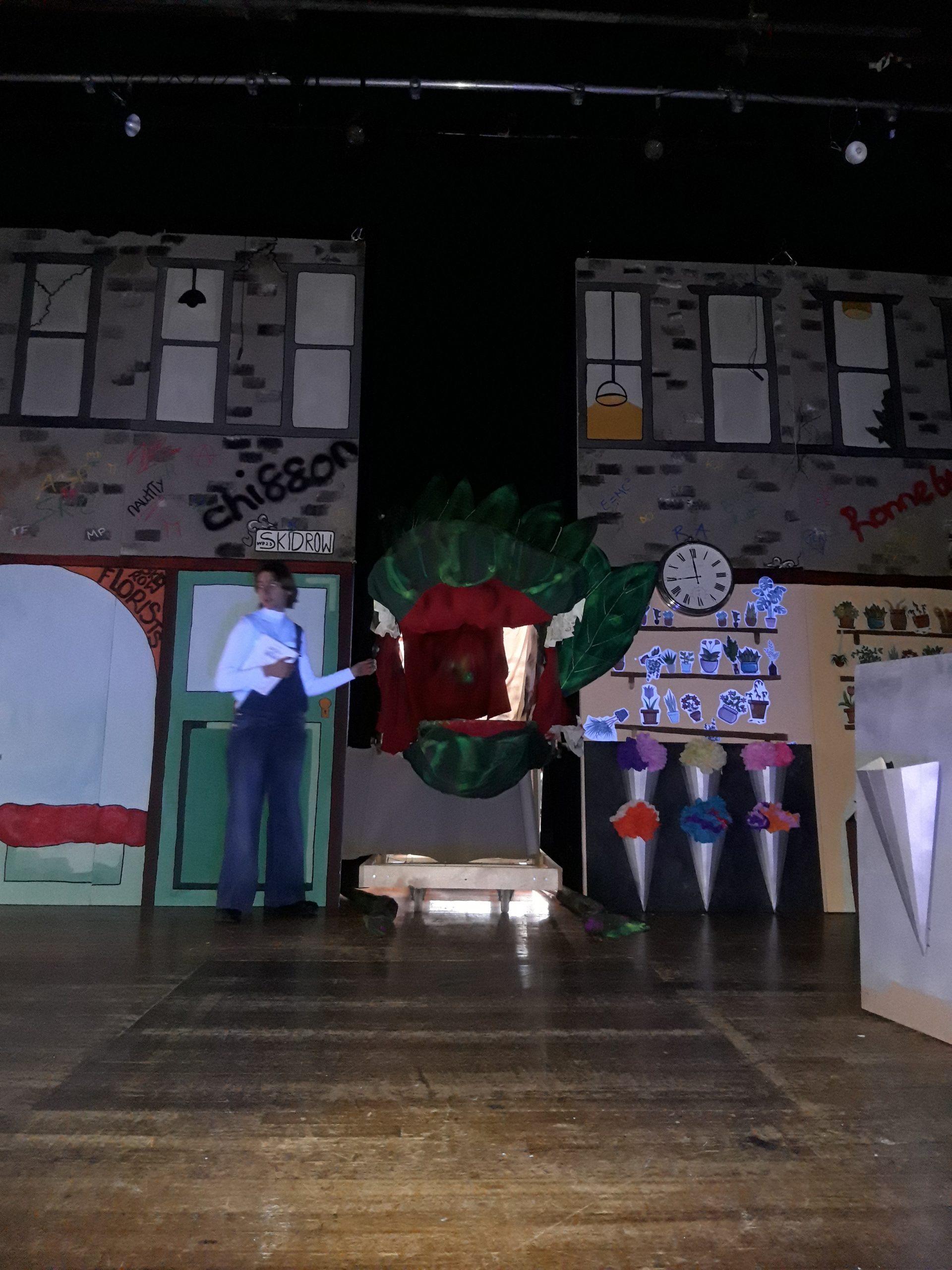 On Monday morning of this week it was great to talk to George in 10 Oak and hear about his very successful weekend. He took part in a prestigious Regional Judo Competition in...