On Tuesday 13th July year 7 students were extremely lucky to have a virtual meeting with Paralympic athlete and medallist Mel Clarke. Mel is a hugely successful international...

As part of a Hertfordshire schools initiative we were invited to be part of a transition project with some selected year 7 students. The project aimed to provide opportunities for...

As part of an ongoing link with Meadow Wood School students from Bushey Meads have had the opportunity, in the last 6 weeks, to work with the students from Ladybird class at...

Regardless of experience or level, this holiday session is open to any girl wanting to come and play football, make friends and have fun. The days will include: * Age Appropriate...

It was great to see so many Year 7 students attending the first netball practice on Wednesday evening.  On only their second day at Bushey Meads they spent an hour after school... 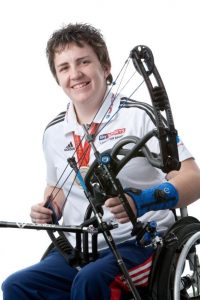 On Tuesday 13th July year 7 students were extremely lucky to have a virtual meeting with Paralympic athlete and medallist Mel Clarke.

Mel is a hugely successful international archer.  In 2003, Mel became the first disabled archer in Europe to represent her country on the able–bodied team, but a few days into the tournament she was struck down with Lyme disease. Mel was left fighting for her life, subsequently suffering from paraplegia and loss of sight in one eye. Doctors told her she would never compete again and, with blindness in the eye that Mel aimed with, her career appeared to be over.

Mel was determined to continue shooting and worked tirelessly with her trainer to recover. She developed a new approach to archery, tilting her head over in order to be able to aim correctly. Perseverance, hard work and tears followed but Mel’s ‘never give up’ approach saw her winning the Para World Championships just two years later!

In 2008 Mel represented GB at the Paralympic Games, where she won a bronze medal, and equalled the Paralympic record in her discipline. At London 2012, Mel finished one better, adding a silver medal to her collection. 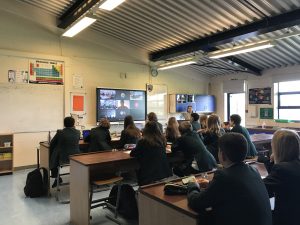 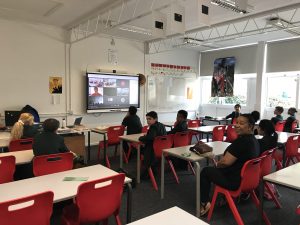 Our year 7 students were lucky enough for Mel to be able to tell them her story via video link before having the opportunity to ask questions via their teachers.  It was a great opportunity for the students to hear about the experiences Mel has had as both a disabled athlete and a world record and paralympic medal winner. Mel was really impressed with the insightful and thoughtful questions the students asked and wished them all luck with Sports Day.

NEWS The week of March 18th to March 22nd was the school’s 9th annual whole school Health Week with all students in years 7-11 again completing their fitness testing. It was...