Year 7 Willow start with a bang!

As the Head of Willow House it is always a privilege to meet the new Year 7 cohort as they begin their Bushey Meads journey. The theme of the week this week was Responsibility and...

It’s All About Willow!

This half term has been full of achievement for the Willow House students. We have had some great events take place in the School this term and there are still many to come!...

We are underway into the Spring Term now and I would like to inform you all about the great achievements Willow House Students have been a part of.  I really want to recognise the...

As 2020 draws to a close, it was great to see all students and staff enjoying themselves during the first ever CDC Christmas Party. The past few weeks, the Heads of House have...

Firstly I would like to introduce the Bushey Meads eLearning Leaders!  Our team is made up of students from years 7 – 13. These are the students who have been working very...

Year 7 Willow start with a bang!

As the Head of Willow House it is always a privilege to meet the new Year 7 cohort as they begin their Bushey Meads journey. The theme of the week this week was Responsibility and I went to see 7 Willow during Character Development Time as they watched my assembly. It was great to meet them all and see how well Ms Smith, their Character Development Coach, interacts with them.

The students behaved impeccably during the assembly as you can see in some of the photos below. At the beginning of the assembly, I spoke about what I believe to be “the recipe for responsibility”. I highlighted the key 5 factors as Honesty, Compassion/Respect, Fairness, Accountability and Courage. 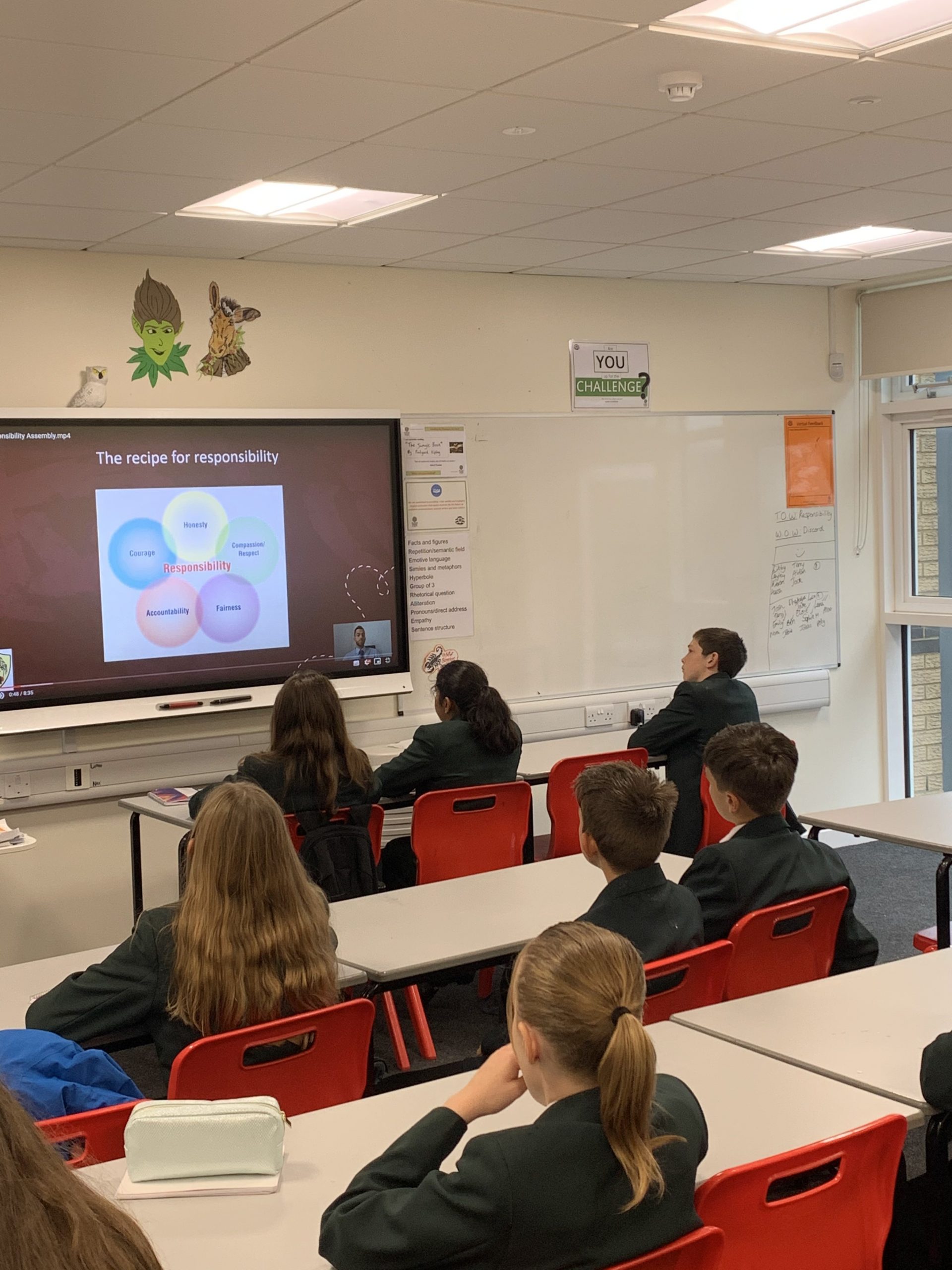 I also mentioned some of the jobs the public have that are responsible for many people. I particularly mentioned the NHS and how they were responsible for much of the public during the pandemic. I wanted the students to start thinking about which jobs they would like in the future and to understand which responsibilities would come with those jobs. This would then later lead on to the Activity I set them at the end of the assembly. 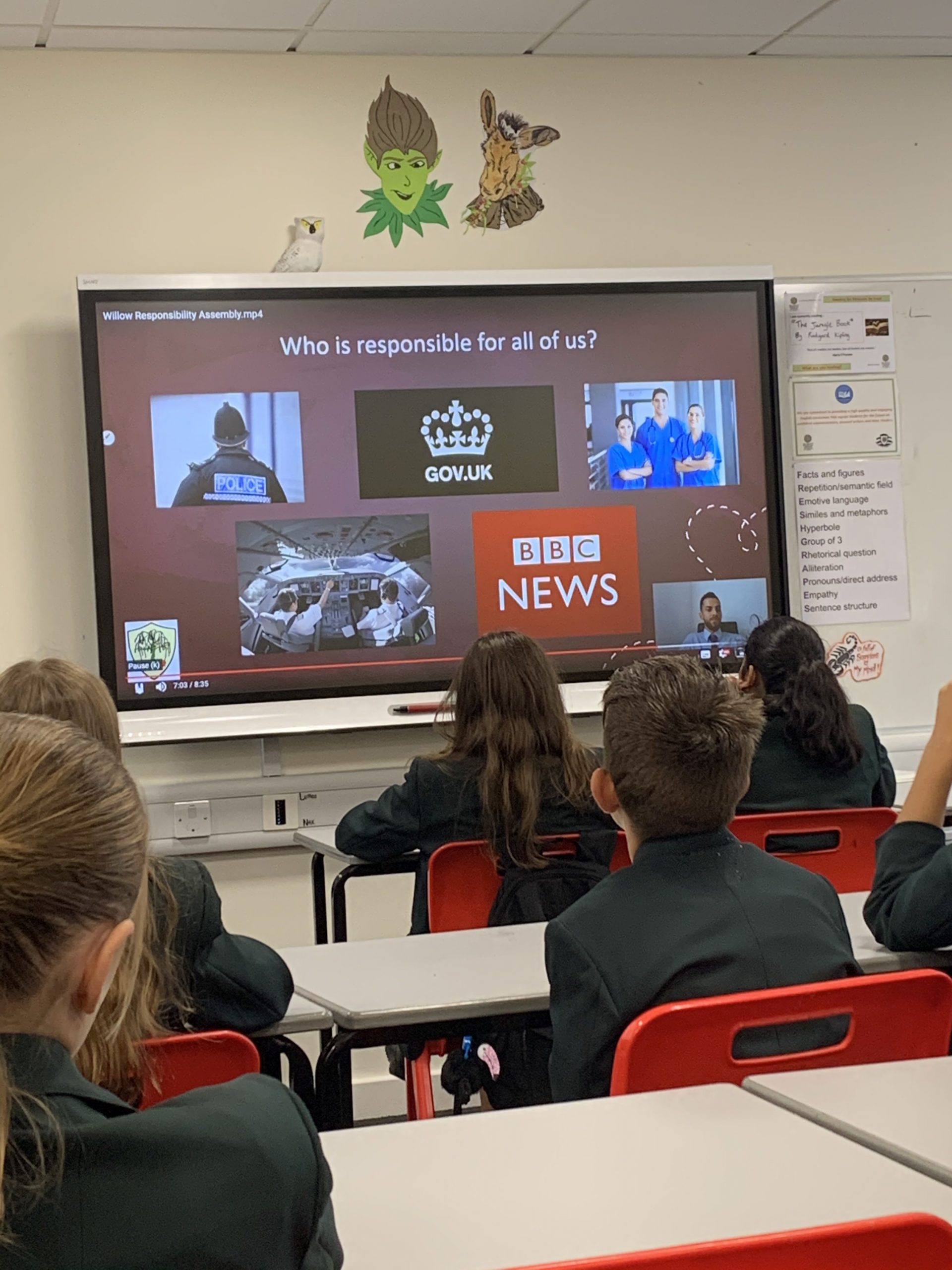 The assembly finished with the quote “Responsibility is a grace we give ourselves. It is not something imposed from outside of us. We have a say in how our life goes”. The message I really wanted to get across was that we all need to take control and accountability when we make decisions. 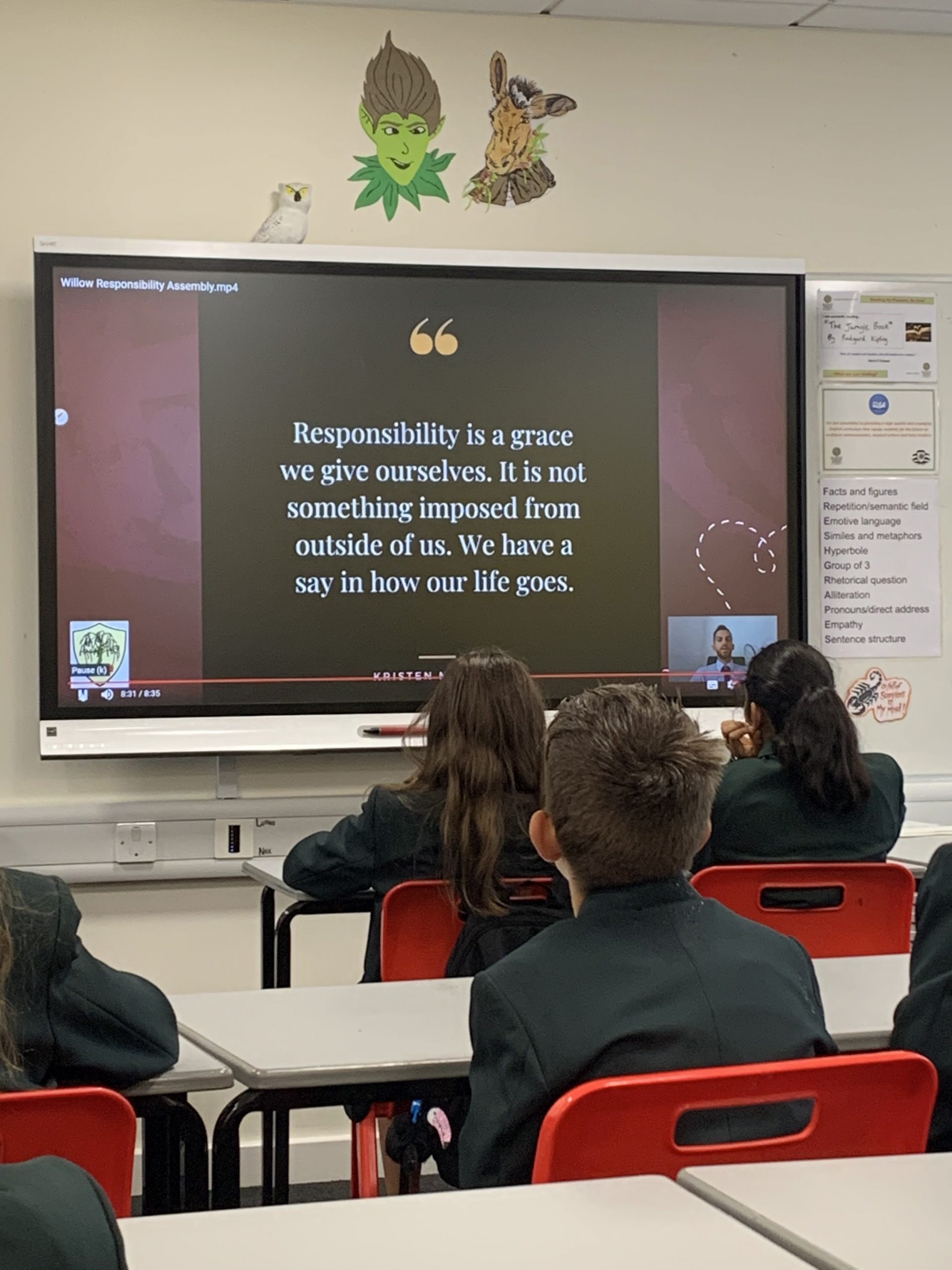 After the assembly had finished, Ms Smith asked her class some key questions such as “which job would you like to have in the future?” and “what responsibilities would come with this job?”. It sparked great conversation and there was great involvement from everyone. It was a joy to see such big aspirations from all the students! I’m sure you will all have your dream jobs in the years to come.

It is also great to see how many reward points Year 7 Willow have earned since the start of term. We currently have Jessica, Charlotte and Khushi at 1,2 and 3 in the Year 7 leaderboard respectively! A special mention to Amelie who very bravely stepped up last night during the Executive Principal speech to say a few words about her first couple of weeks at Bushey Meads School.

Overall, an incredible start for Willow House and I cannot wait to see it continue!

NEWS To round off a fantastic term of sport and physical activity the KS4 examinations groups enjoyed some enrichment trips in the final week of term. London Velopark Sports...

House Assemblies Having a Huge Impact

We are extremely fortunate at Bushey Meads to have such a great team of inspiring and dedicated Heads of House heading up our seven different and unique Houses across the school....