This week one of our year 10 students, Bharruni has taught a lesson to three year 10 science groups. Bharruni is completing an award programme run by an organisation called ‘Medic...

Flair Week in the Science Department

Within the Science faculty, there has been an array of amazing activities for flair week, which have allowed for people across all the different year groups to showcase their...

Science week this year had its own set of challenges and like learning at BMS has gone online this year.  Students this year had a wide range of activities to complete at home...

What have you joined in with so far? If you haven’t, there is still time! Have a look at the schedule below: Ms Wright, one of our latest exciting additions to the Science...

It was great to see how well science teacher Mr Thornton was adapting to the new hybrid landscape of teaching students in the room and also those on line. The lesson was about...

Embedding student engagement in science one year 7 class had an open learning activity to investigate the ‘big idea’ of the human heart. Embedding a positive attitude...

Most adverse cardiac (heart) events occur in the home. Do you know where the closest defibrillator is to your home? Could you restart someone’s heart? This Wednesday, sixteen of...

Mr Thornton’s first lesson on Monday morning saw a great start to the week for some of our keen Year 10 scientists. They were comparing sexual and asexual reproduction and...

This week one of our year 10 students, Bharruni has taught a lesson to three year 10 science groups. Bharruni is completing an award programme run by an organisation called ‘Medic Mentor’ which aims to support young people who are interested in pursuing a career in medicine. The organisation helps students to fulfill the admission criteria needed for many medical schools.

Bharruni planned the whole lesson herself, she produced all of the resources and taught the lesson from start to finish. The topic of the lesson was ‘Should cannabis be legalised?’ which is a subject which has appeared in the media recently and is currently being debated nationally.

The lesson began with an introduction to the topic, led by Bharruni. She gave an excellent presentation to the class and showed them a very informative video. The class were then split into two halves. One half of the class had to research the case for legalising cannabis and the other half had to research why cannabis should not be legalised.

The lesson ended with four students from each side of the argument presenting their ideas to the class in a debate. Ari, Roshni, Mihir and Ilayda argued for the legalisation of cannabis and Ronan, Beau, Rakchiga and Peter argued against it. Some excellent arguments were given. The class were then asked to decide whether cannabis should be legalised.

Well done to the students who took part in the debate! Well done and thank you to Bharruni for planning and leading such an excellent lesson with the classes involved! 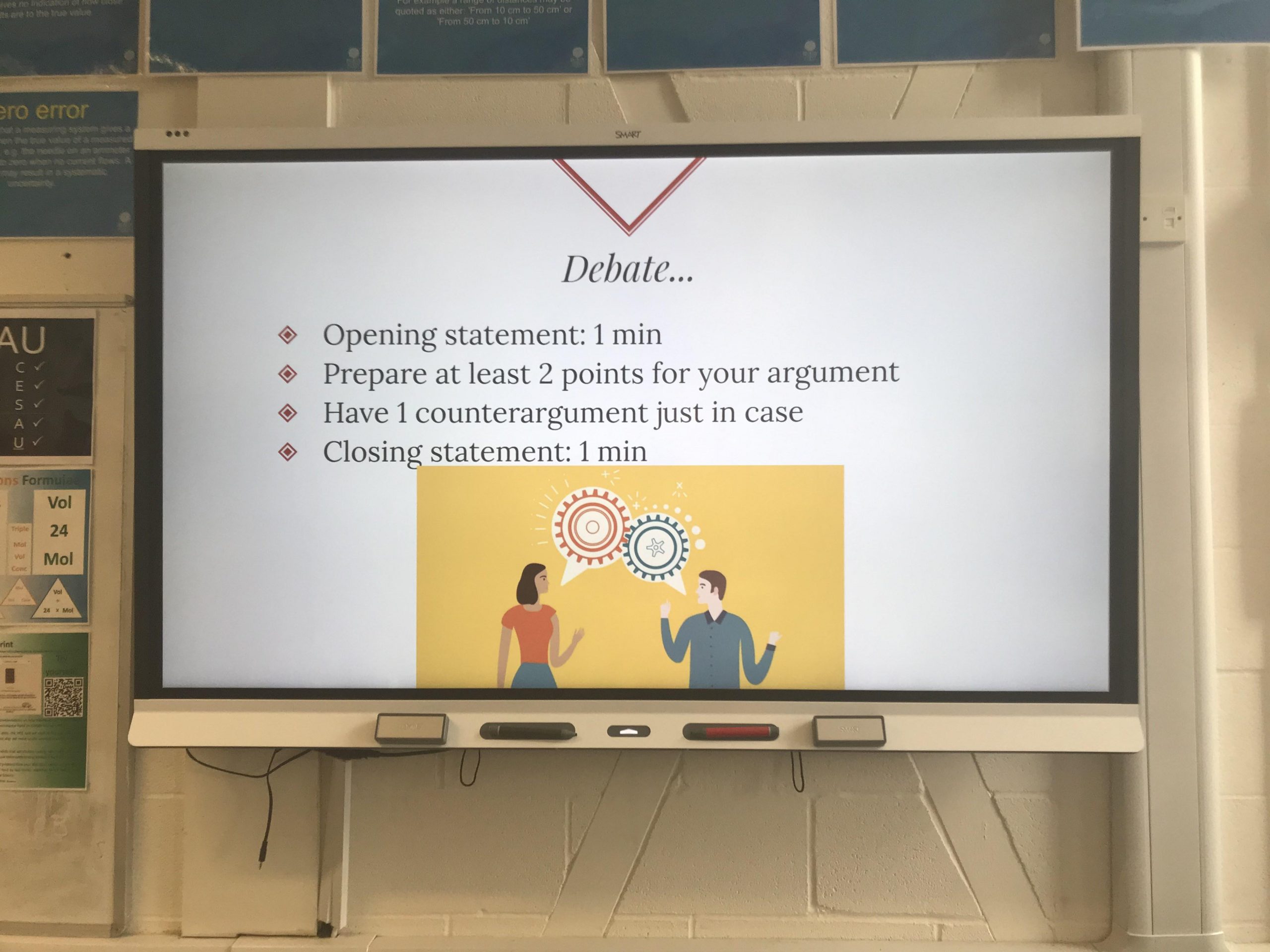 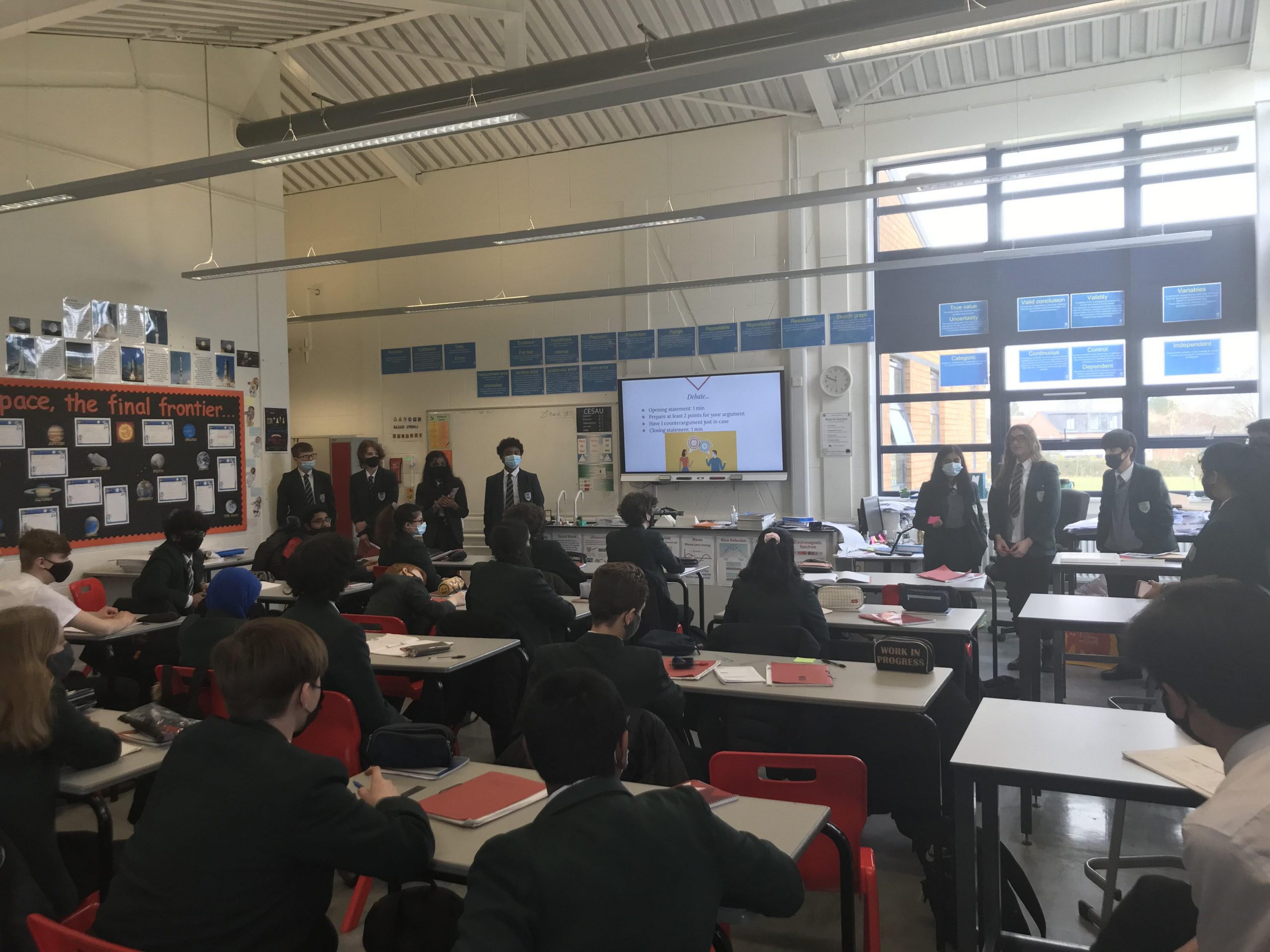 An Impressive Dialogue of Learning

It was excellent to drop into Miss Booth’s Year 11 Science class and see such an effective dialogue of learning and feedback – through self-assessment, verbal and written...