Back to Latest Articles
Social Sciences

On Saturday 23rd March a team of year 8 and 9 students travelled to Oxford or the mock trial competition accompanied by Ms Booth and Ms Knowles.

The team had to be the prosecution and defence for a case involving the theft of a mobile phone.  Cameron Beckford played the defendant, Alex Young.  In the court, he had to stand in the dock, plead ‘not guilty’ as well as give evidence as to his whereabouts on the day in question.  His defence lawyers, Tobi Nwodo and Kavya Mehta, argued that, although Alex Young, used to ‘hang around’ with the ‘wrong crowd’, he is now a changed man. Tobi urged the magistrates to find Mr Young not guilty because the prosecution had not proved that the person who took the phone was Alex Young at all. This was supported by the second defence witness, Alex Young’s employee, played by Riyana Hirani. 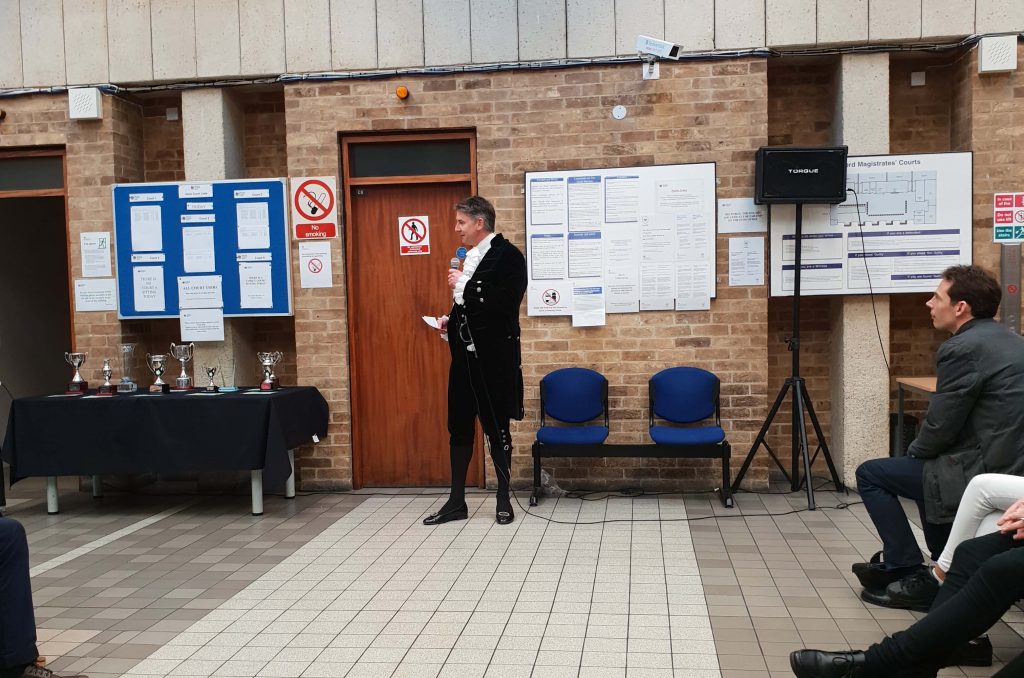 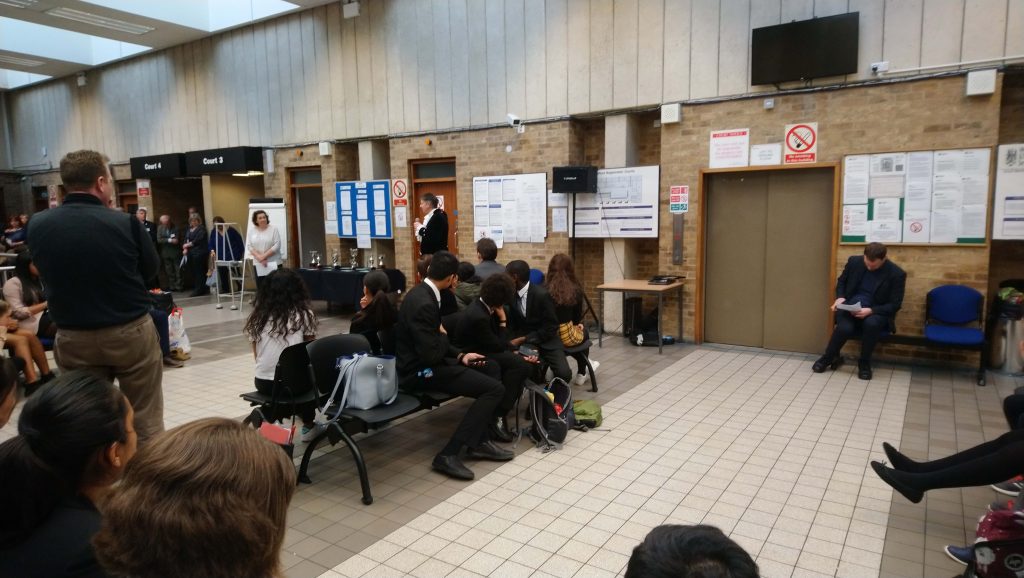 Prosecuting Alex Young were prosecution lawyers, Andrea Tamang and Noah Faruque.  Andrea, in her opening speech, argued that Alex Young not only had the motive for the theft, but also the opportunity and the means.  Both Andrea and Noah interviewed witnesses as the crime, including the victim, Vik McCarthy, played by Emily Allen, and a member of the public, Misha Novak, who went Ms McCarthy’s aid, played by Benji Winslett. 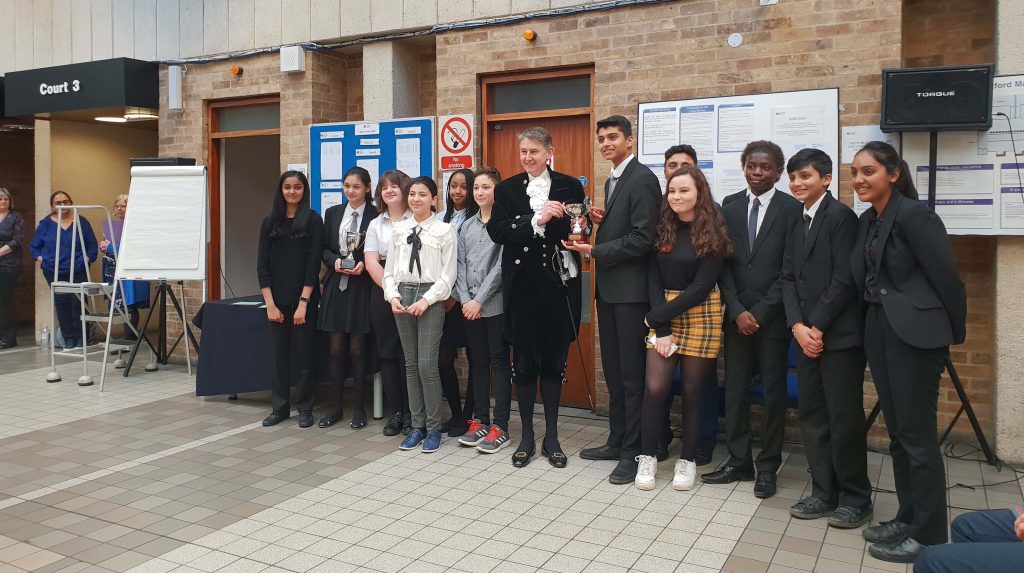 Some members of the team played court officials.  Our three magistrates, Keera Jadva, Ruby Mullan and Aarav Parbhoo, listened to the evidence, took notes and then discussed the evidence, reaching a verdict in both trials of not guilty.  Their decision was made easier by the clear explanation of the law of theft and summing up of the evidence, delivered by our legal adviser, Henna Nabi.  To ensure that the trial ran smoothly and everyone was standing, sitting or being sworn in at the right time was our court usher, Sophie Lea.

Kavya Mehta, who played a defence lawyer, and who performed a fantastic cross examination, during which the witness admitted to actually “not know for sure” any of the details from statement: 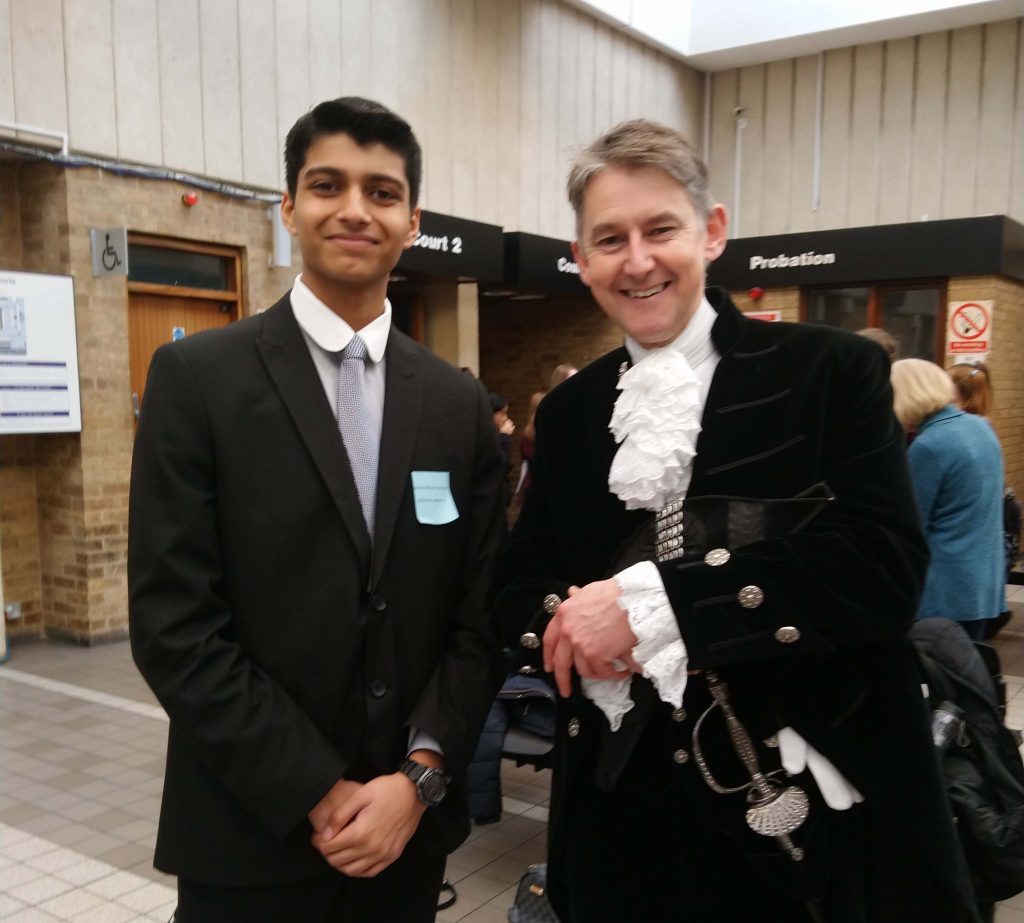 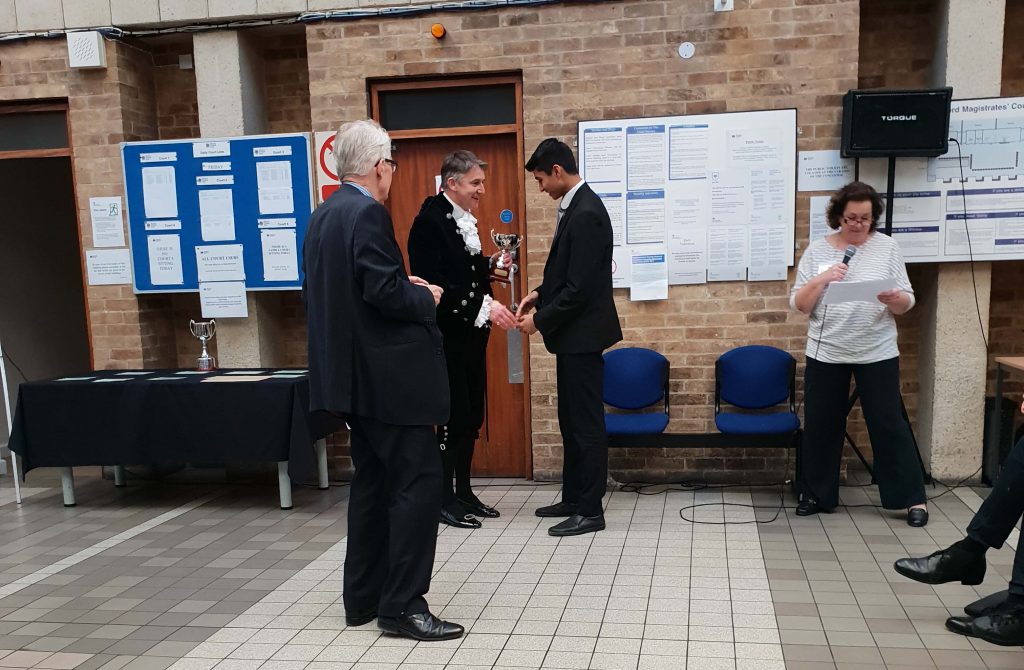 We left school at around 11:30 on a mini bus and travelled to Oxford Magistrate Court ; the journey lasted for 1 hour and 15 minutes and we were given entry at about 1 o’clock.

Our first round was after 45 minutes against a local Oxford School. So until then we were doing our final revision and practising. Our first round was between our defence team vs the local school’s prosecution team and lasted for 30 minutes. During the competition the prosecution team presented their argument and witnesses to us and the court. They then examined their witnesses and attempted to prove their point. After, we cross-examined the witnesses to argue our case. Later, we examined  and they cross-examined our witnesses. At the end the magistrates left and discussed the results and after 15 minutes they announced their verdict.

Later during the day, our prosecution team went up against another local school’s defence team and the case was carried out again.

Finally, we were given the results and the best performances achieved trophies.

I really enjoyed the day as it gave me a deep understanding of a daily court life and how the whole process works. I learnt new skills, for example listening to the person in front of you and communicate in a sophisticated manner. 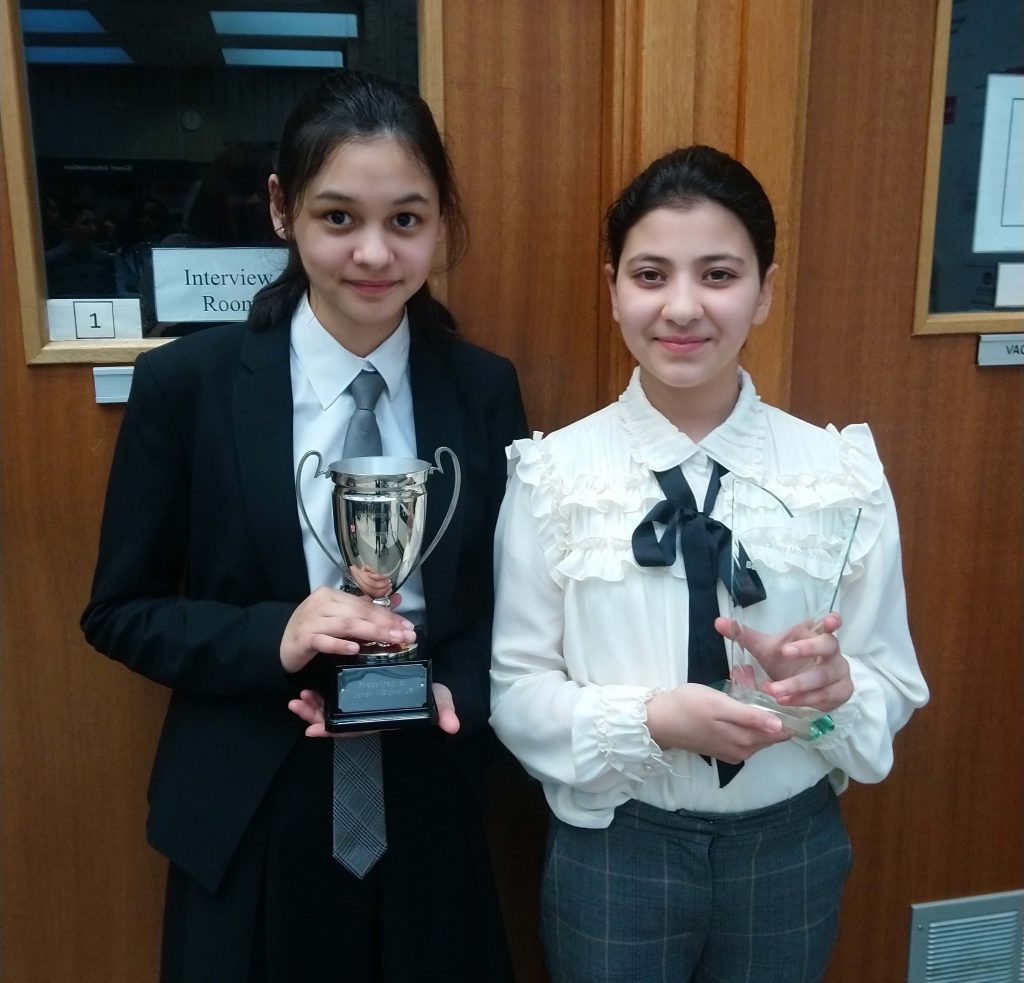 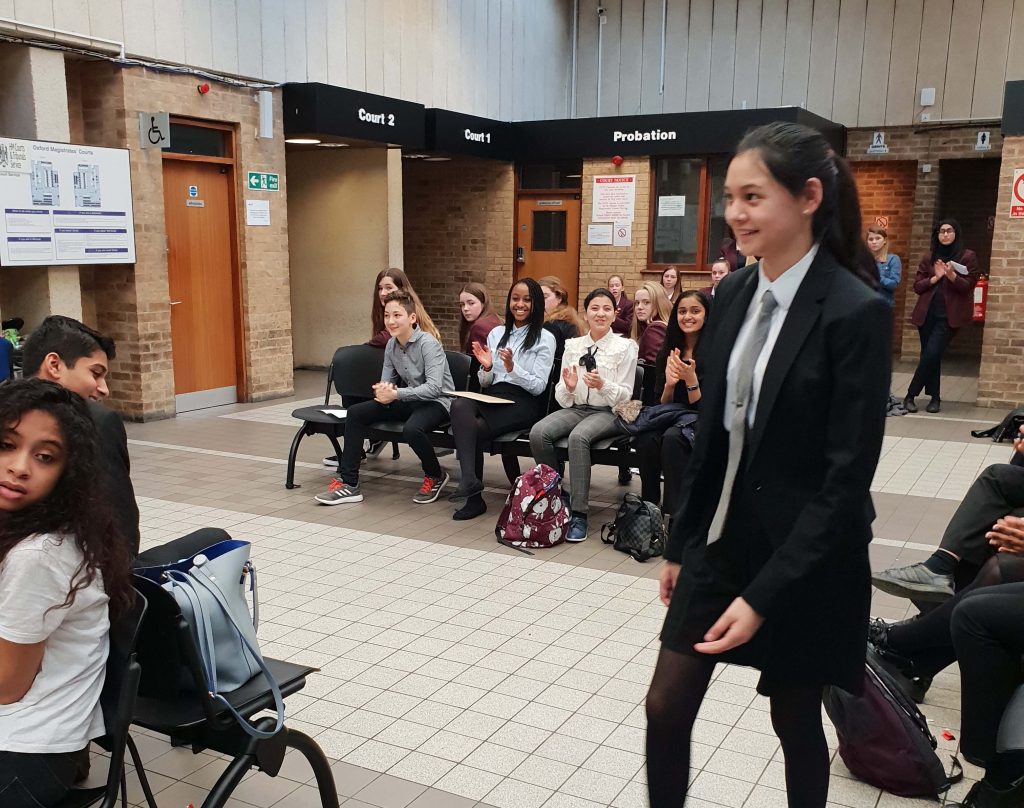 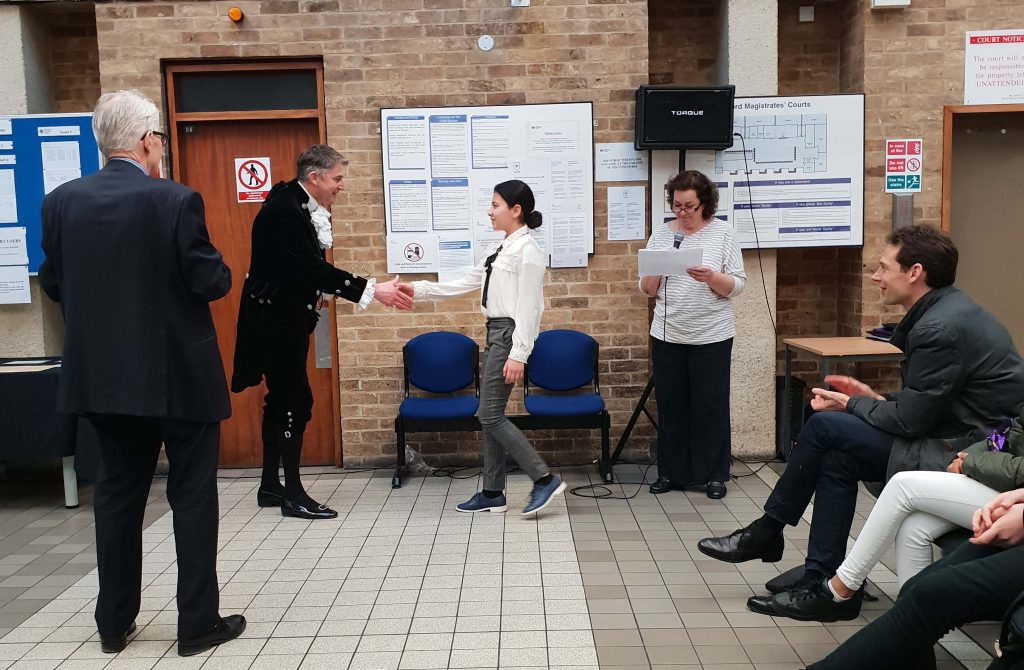 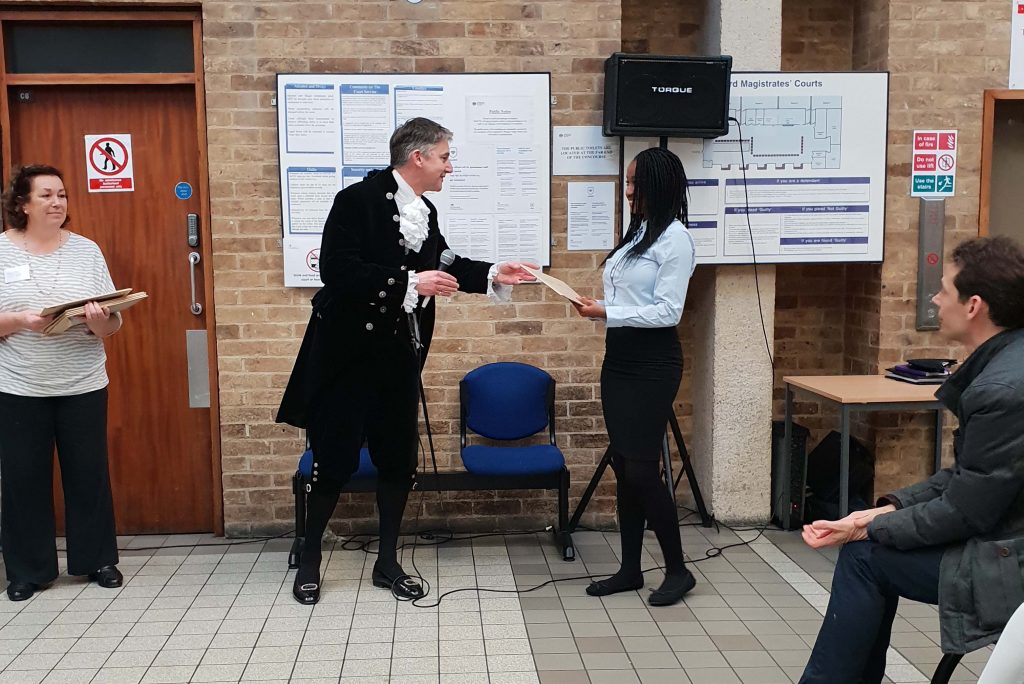 Tobi Nwodo, who played the defence lawyer and delivered a “cracking closing speech” (comment from the magistrates), said, “I’m proud to be granted with such a well recognised opportunity to represent the school on such a formal and respected level. The Mock trials ave paved a unique path for us as not only students, but individuals as a whole. It taught me commitment, spokesmanship, confidence and the ability to perform under pressure. I’m so grateful to be part of something that brought our entire team together” 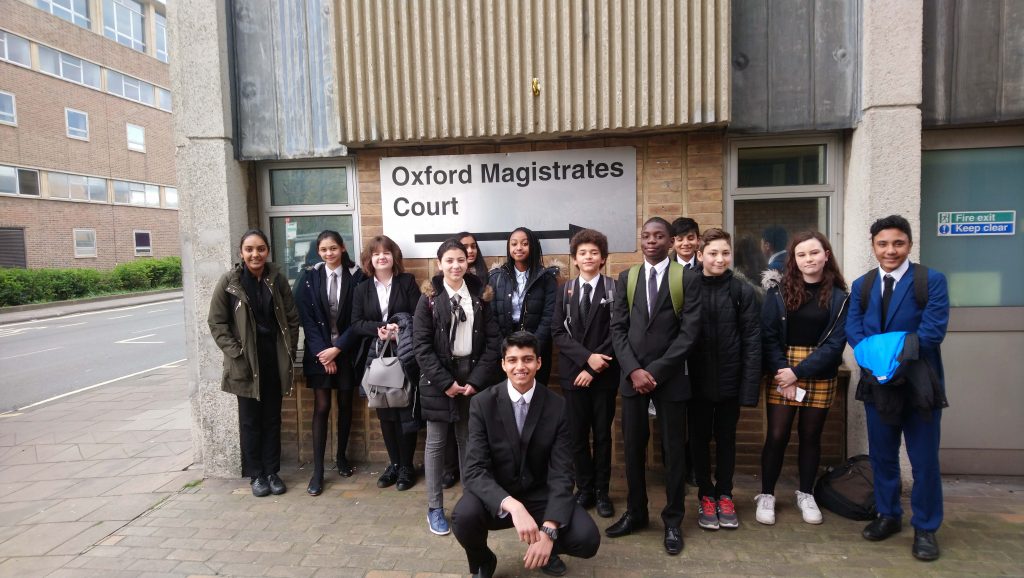 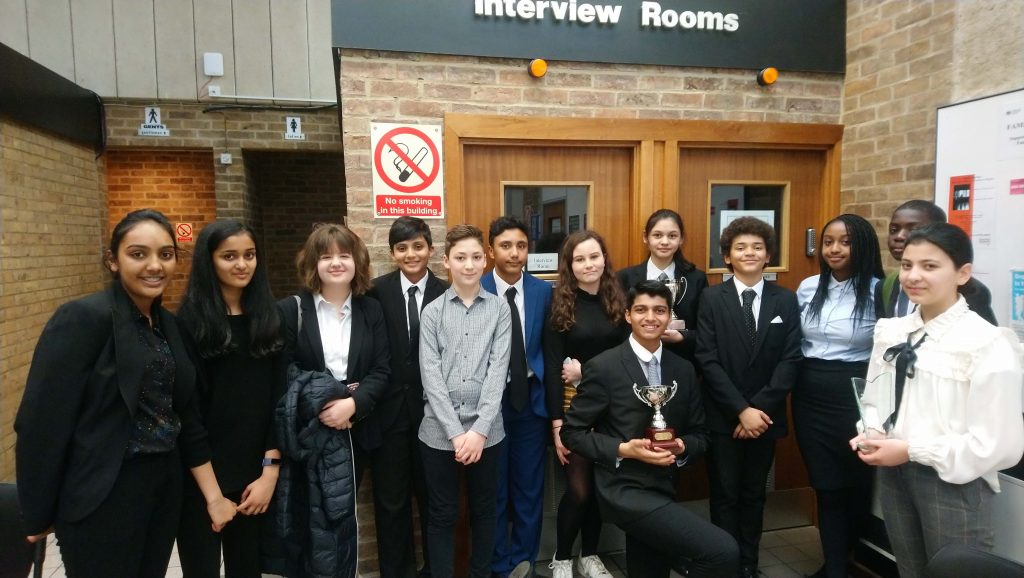 SEND Quiet Day at the Houses of Parliament

On Friday 22nd March, our school was selected to participate in the SEND Quiet Day at the Houses of Parliament. 13 students and 4 staff members travelled to London via the...