Some of our Maths leaders were inspired by the weekly STEM project to explore different types of bridges. Mr Donovan will offer support to them in looking at the Mathematics...

Keeping the Learning Going in Maths

During this difficult time, it has been great to see so much learning continuing in Maths. By continuing with routines, it is giving all students consistency and purpose in their...

The Maths Leaders and Space Club

The Maths leaders and Space Club have joined forces to get everyone involved in the wonder that is rockets. I’m sure everyone has an idea of how rockets fly, but not everyone...

Thirteen KS5 Maths students recently attended the Maths In Action event at the Emmanuel Centre. There were five guest speakers, talking about topics such as the Mathematics behind...

Four of our students, Anouska, Umar, Tyler and Sadiq took part in the Senior Team Maths Challenge at Merchant Taylor’s School. They prepared for the event by attending...

Some of our Maths leaders were inspired by the weekly STEM project to explore different types of bridges. Mr Donovan will offer support to them in looking at the Mathematics behind some of these bridges and I’m sure they will be able to teach Mr Donovan some things about bridges.

Future developments planned for Maths leaders are as follows: Preparing a bank of quizzes that can be shared weekly for anyone to do, completing the STEM project on projectiles, arranging more visits to classrooms to do Maths presentations, giving teachers ideas for enrichment homeworks and attending relevant parts of Maths teacher team meetings.

We all look forward to these exciting developments ahead.

The Millennium Bridge, officially known as the London Millennium Footbridge, is a steel suspension bridge in London that connects Bankside with the City of London, crossing the River Thames, built on June 10th, 2000. It was nicknamed the “Wobbly Bridge” after it was felt swaying on its opening day. The bridge was closed later that day and, after two days of limited access, It remained closed for another 2 years while repairs took place. It reopened in February 2002.

The Tacoma Narrows Bridge was a suspension in Washington, USA. It was the world’s third-longest suspension bridge by main span. Its construction started in September 1938 and it was opened on 1 July, 1940. Unfortunately, it collapsed on 7 November 1940. It was nicknamed the Galloping Gertie because of the way it rocked in windy conditions. The bridge broke during wind speeds of 40mph when the deck rocked in a twisting and alternating motion that was increasing in scale until it was torn apart. The only victim of this tragedy was a dog called ‘Tubby’. 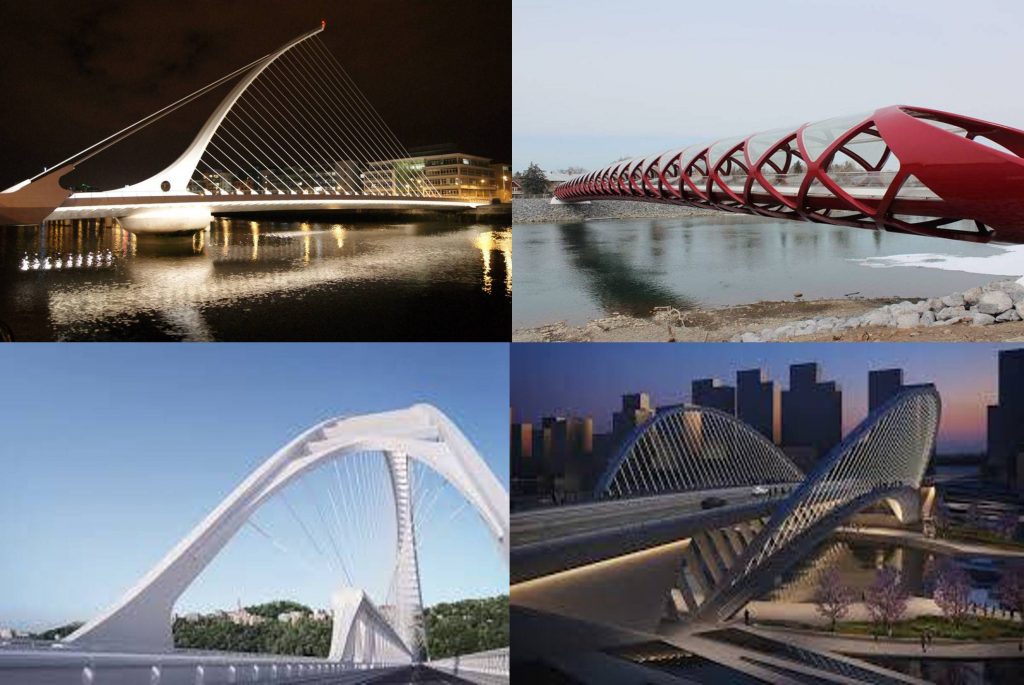 Santiago Calatrava Valls is a Spanish architect, structural engineer, sculptor and painter, particularly known for his bridges supported by single leaning pylons. Famous works by him include the Margaret Hunt Hill Bridge in Dallas, Texas, and the World Trade Center Transportation Hub in New York City.

The Rolling Bridge is one of the weirdest drawbridge located in Paddington Basin in London. It was first developed in 2004 by the Heatherwick Studio and it is 12 meters long. It consists of eight triangular sections hinged on the pathway. It will curl up with the control of hydraulic. Pistons and cylinders. Its function is to curl up to allow boats to come through. When a boat isn’t going through, it will act as a pathway for pedestrians. It will curl up into an octagon. 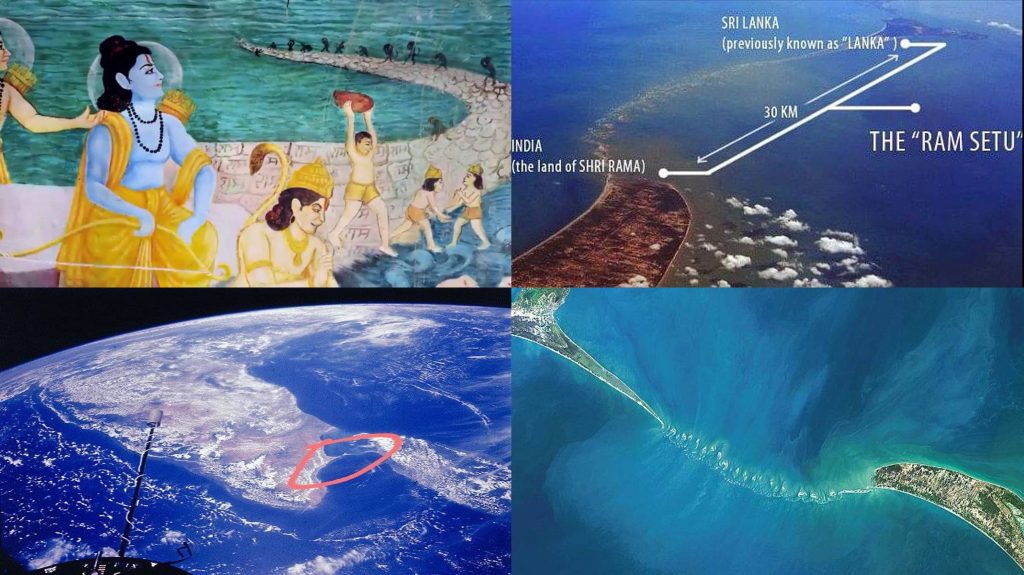 This isn’t a bridge made from metal or wood or any sort of composites.. This is by far the most historic and mysterious bridges in the history of humankind, dating back 18,400 years ago before the birth of Jesus. Although the exact age cannot be determined it is certainly a phenomenon for any race. It connects Sri Lanka with India across the huge sea in between. However, you cannot travel on it today as it has sunk. Hindu mythology believes that the bridge was constructed by Lord Rama himself and his army of monkeys, when he wanted to travel from India to Sri Lanka in order to save his wife from the demon Ravana. They used rocks and wrote Rama’s name on each and one of them which allowed the rocks to float on water. The bridge which is submerged in the water is roughly 100 meters wide and up to 10 metres in depth. Many say that because of climate change and increasing water levels caused the bridge to sink underwater. Although the conspiracy is yet to be solved, you decide the truth. Is it really made by Rama or not?

The bridge built in China is the longest bridge in dateable history. It is 164.8 km (102.4 miles) long and was opened in 2010. It uses pillars that stand on the seafloor to support the bridge; it also has cables in triangular form to hold the bridge’s weight.

A Smart Homely Feel at BMS

It is amazing the difference carpet makes in a school. As we continue to roll out our ongoing refurbishment programme for our main corridors and indoor spaces across the school...