Year 7s have been working on a project making pewter keyrings. As part of the design process, they researched ancient cultures like the Egyptians, Incas, Greeks and Anglo Saxons...

Last term, the Year 9 Technology groups have been learning and practising 3D design woodworking skills. This involved learning to use woodworking tools safely, as well as using...

Year 8 students have been developing and using their resistant materials skills to make money boxes. They investigated existing products and as part of the project, they learned...

In preparation for their first practical in Food Technology, Year 7 students carried out experiments to solve the problem of enzymatic browning in fruits. Pieces of apple were put...

The Year 10 3D design students have been honing their design skills in preparation for the Non Examined Assessment (NEAs) project which contributes 50% to their final grade They...

Every Friday this term, 2 groups of Year 7 students have been using their newly acquired skills and knowledge in the Friday Kitchen. Students online and in the classroom have...

A group of year 9 and 10 students had the opportunity to add a new dish to their repertoire. In less time  than it takes to order a takeaway, they rustled up a Healthy Szechuan...

Year 12 students cook up a storm

As part of their Level 3 Diploma in Food Science and Nutrition, the Year 12 students completed an internally assessed 3.5 hour practical assessment. The Brief: ‘A local spa is...

As part of the requirements for the GCSE Food Preparation and Nutrition course, the Year 11 students completed their 3 hour practical exam on Tuesday and Wednesday this week. Each...

Year 7s have been working on a project making pewter keyrings. As part of the design process, they researched ancient cultures like the Egyptians, Incas, Greeks and Anglo Saxons and used the research as inspiration for their designs.

Initial designs were drawn, then they made prototypes of their keyrings as part of testing how well their initial design works, before finalising their final design ideas. 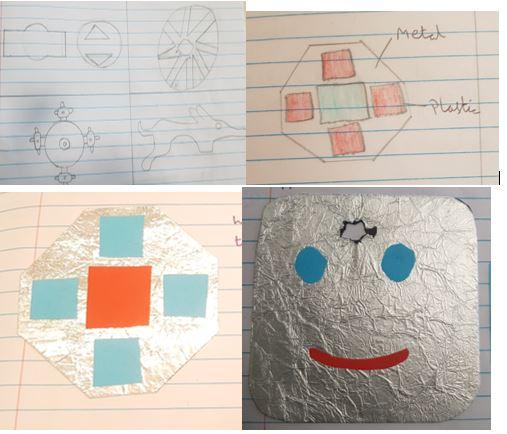 An important part of the project was learning about different materials, equipment and techniques like pewter casting.

The making part of the project included making the mould and laying the patterns in the mould before the pewter was poured into the mould.

Here are some examples of the keyrings that were made:

Year 11 D&T students put their work before a lay-in on Saturday morning to attend the D&T raising achievement session. Over 30 students took advantage of the Tech block...

STEM Challenge Of The Week

What a great host of activities and experiences for Mental Health Awareness Week recently. Did you end up seeing some nice visuals of flowers? Did you end up enjoying mindfulness...