On the 11th of May, a group of 5 students went to the Tate Modern as part of their Bronze Arts Award. An Arts Award is a great qualification that encourages young people to get...

Year 11 Arts Award students have worked so incredibly hard for the past two years. They haven’t had the easiest ride with COVID19 disrupting both their year 10 and year 11...

Attending and reviewing an arts event is a vital part of our Arts Award course. This would normally mean going to an art gallery or a theatre show but as you can imagine, we have...

On the 11th of May, a group of 5 students went to the Tate Modern as part of their Bronze Arts Award. An Arts Award is a great qualification that encourages young people to get involved in the Arts as well as helping them to experience the Arts as an audience member.

The Tate Modern is a famous art gallery in London that holds international and British modern art from the 1900s to the present day. The students first explored the works of artist Phyllida Barlow, who transforms everyday objects into large scale installations. They also attended the Surrealism Beyond Borders exhibition which houses many works by artists such as Salvador Dali, Rene Magritte, Pablo Picasso and Man Ray.

All staff and students had a great day exploring the exhibitions and completing a range of challenges and activities. The students had lots to say about their experience and their thoughts about the art work:

“I personally really liked a lot of the art I witnessed at the Tate Modern, it all felt very unique in every room and I really liked the variety of different sculptures and art. Another thing I enjoyed was the building itself, it was very spacious. The installations by Phyllida Barlow were interesting and I liked it a lot when Mr Hammond took an image of me poking my head through a cylinder sculpture, this was my personal favourite part of the day. I would recommend going to the Tate Modern because it felt really nice to see all different abstract pieces of art. I don’t get to see them a lot. The experience did inspire me and made me want to sculpt more shapes and use abstract imagery in paintings. I also got to expand my horizons on art more and see what people can make out of a few materials and resources.” – Adam

“My favourite part of the day was seeing the sculptures by Phyllida Barlow. My favourite one was called ‘Object for the Television’. It was my favourite because it looks cute and funny. I do recommend going to see this exhibition because it was very interesting. My favourite painting in the Surrealism exhibition was ‘Baton Blows’ by Mayo. I liked it because of all the different colours and shapes. It was also a really big painting. I would recommend people to go to the Tate Modern even if you don’t like art that much but I probably wouldn’t drive there though because we were in the minibus for a long time!”

“On the 11th May 2022, me and my Arts Award class went to Tate Modern in London. It took 2 hours to get there as there was loads of traffic. We got to the gallery and we went to our first exhibition which was called, ‘Phyllida Barlow’. We saw sculptures and paintings which were really cool. My favourite sculpture was the ‘Object for the Television’ because it was a T.V with white plaster ears. The second exhibition we went to was called ‘Surrealism Beyond Borders’. In that exhibition there were paintings, mini sculptures, photographs and moving images. My favourite painting was the one where we had to recreate it with two other of my friends and take a photo. It was called ‘Three Dancers’ by Pablo Picasso.” – Lacey

“We went to the Tate Modern which is a big art gallery in London. We went with Miss Smart and Mrs Waring and went there by minibus which Mr Hammond drove. It was quite a long journey but I enjoyed the views and the snacks. When we got to the Tate Modern we looked around two exhibitions. The first one was by Phyllida Barlow who makes lots of big sculptures out of everyday things like wood, metal and materials, she also did some drawings and paintings. The second was called ‘Surrealism Beyond Borders’ and there were lots of paintings, photographs, sculptures. The Art gallery was amazing. The place and the atmosphere is amazing and not too busy and the artwork is beautiful. I would recommend people to come if they like art” – Ishmael

“On Wednesday 11th May 2022, I went on a 2 hour trip by minibus to the Tate Modern from Bushey Meads. We went to two different exhibitions. One by an artist called Phyllida Barlow who had the sculptures which were fabulous to see. I liked that concept. The second was called ‘Surrealism Beyond Borders’ where I looked at paintings by different artists. I liked it slightly less mainly because I was getting tired. I would recommend both of these exhibitions because the sculptures were like nothing I had seen before and it was nice to see artwork in real life rather than on a screen.” – Alex 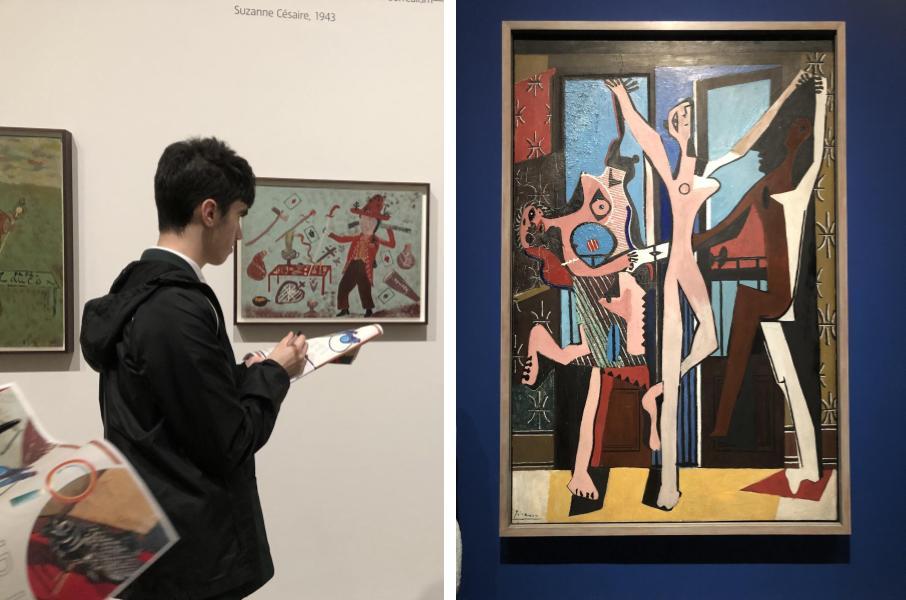 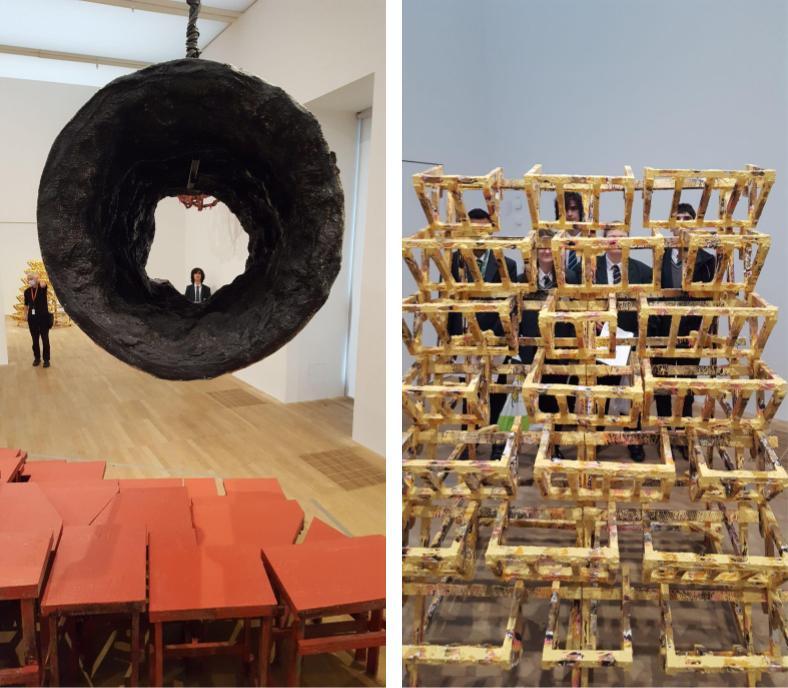 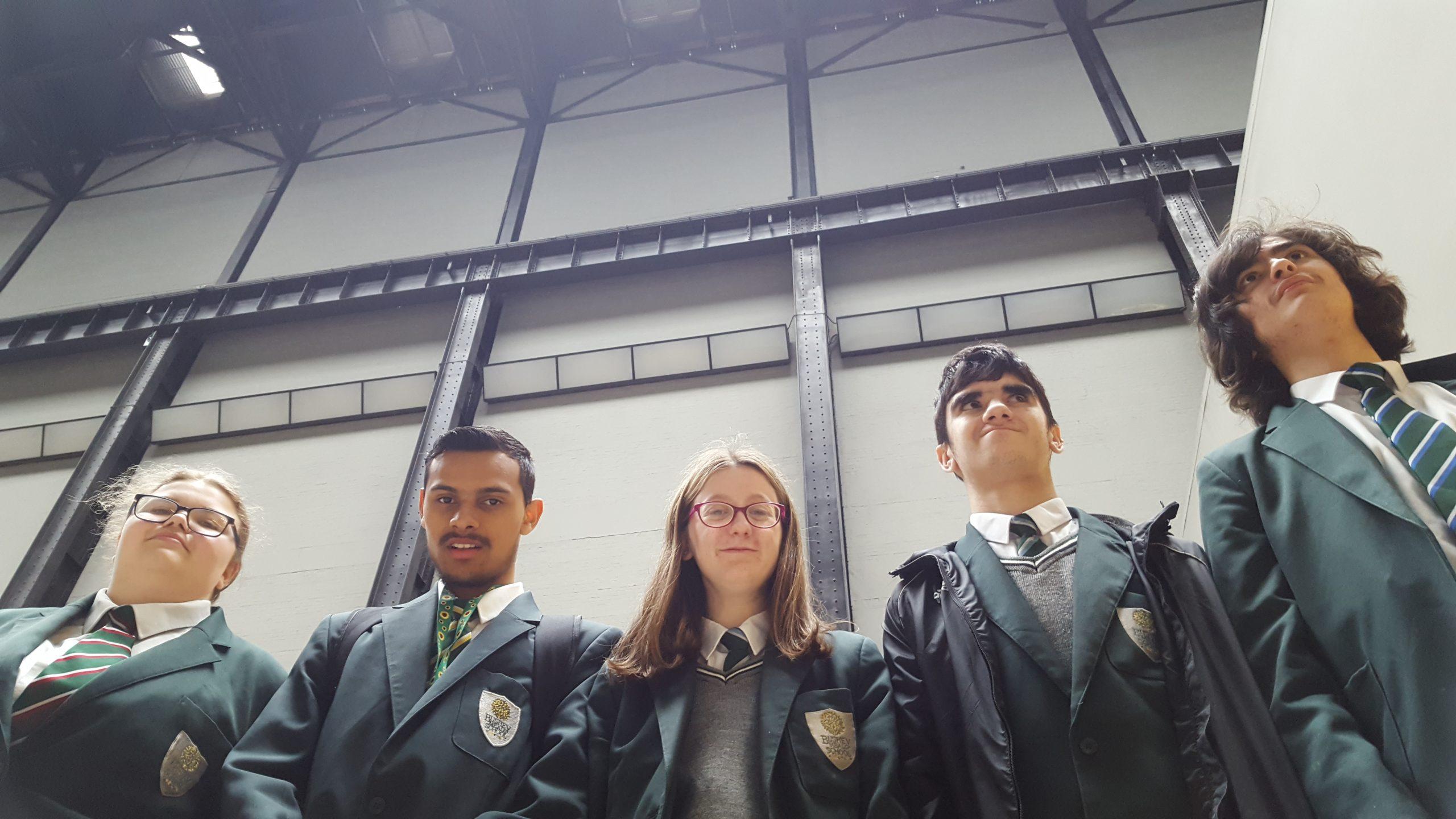 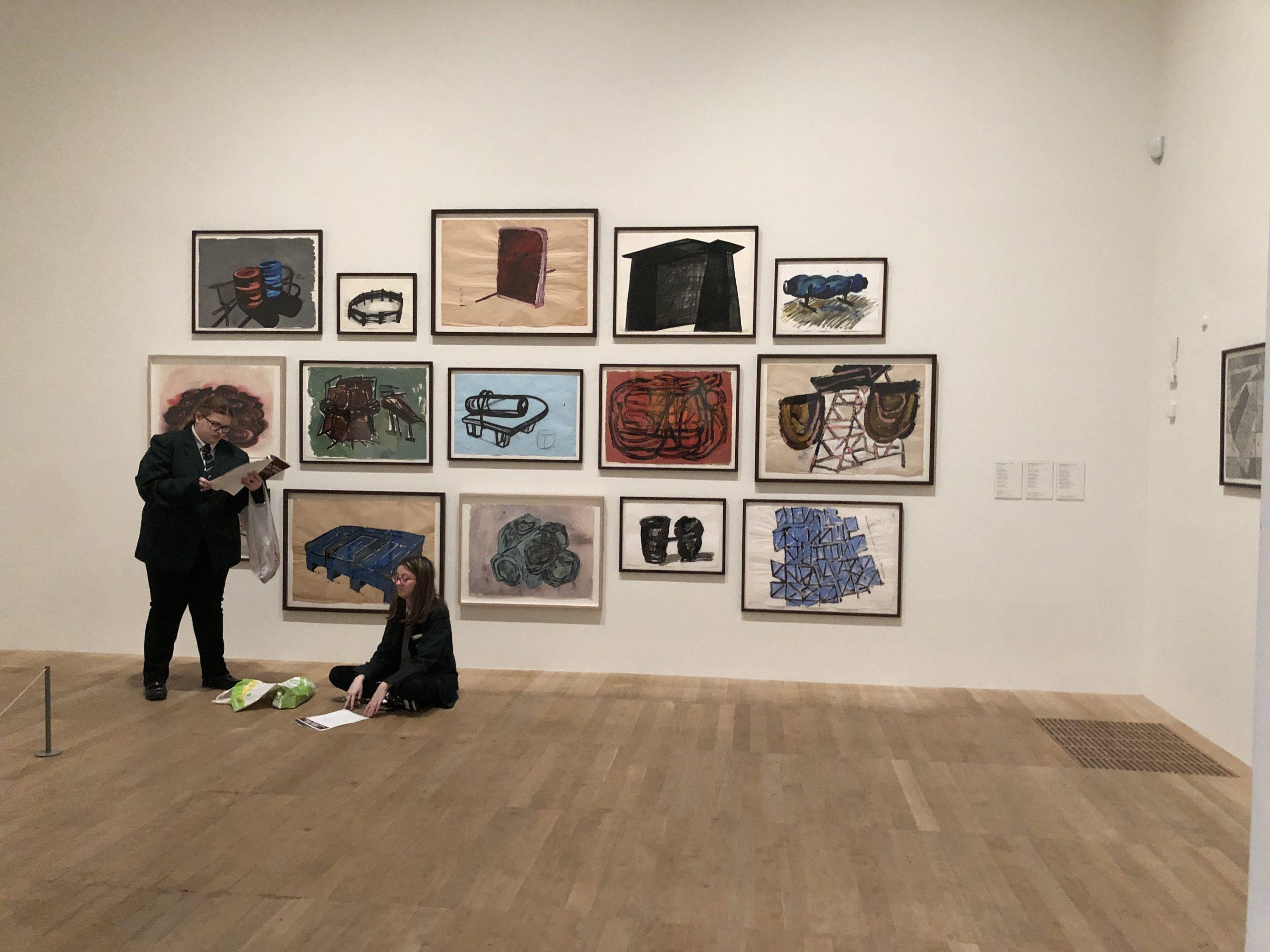 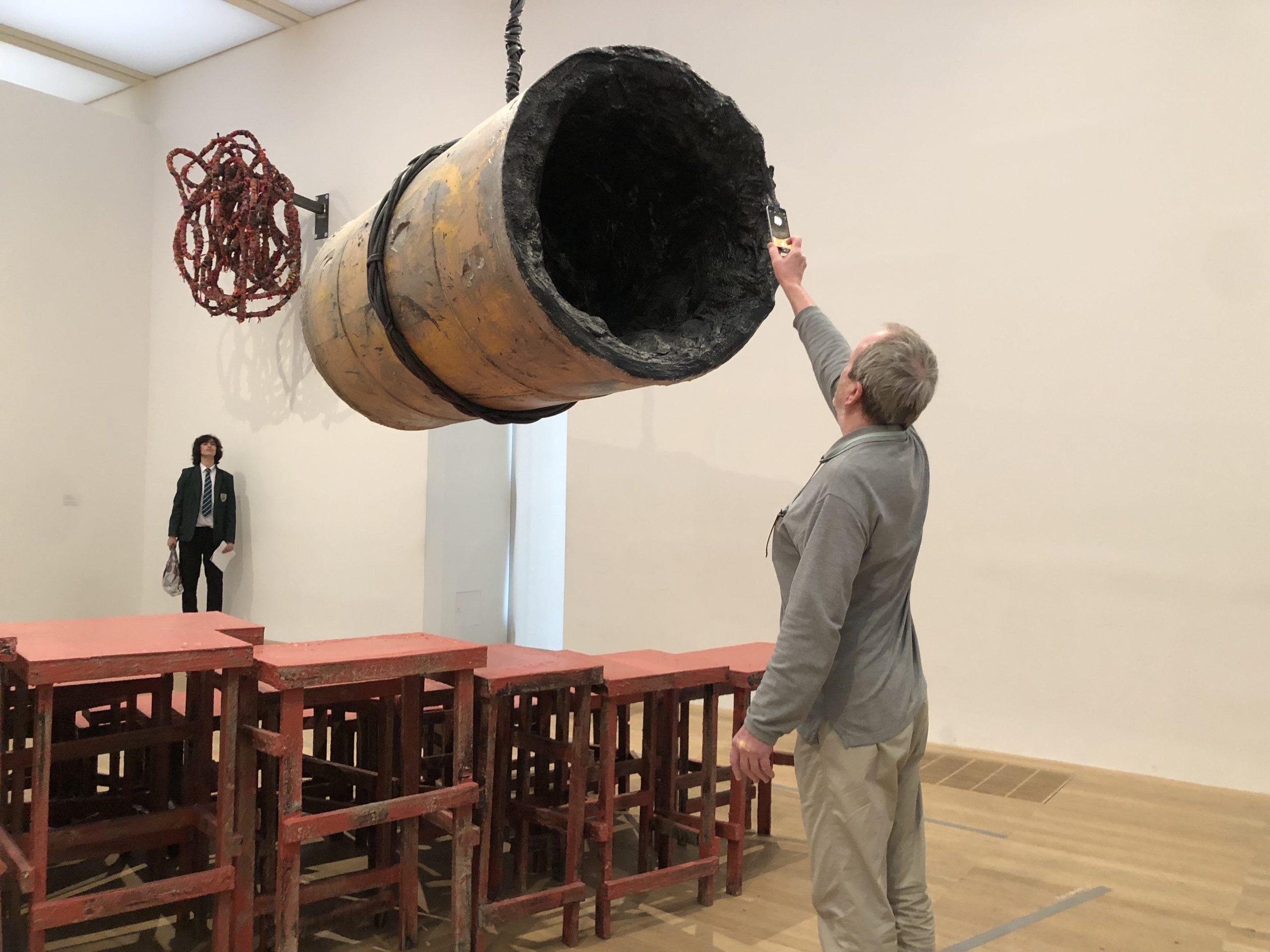 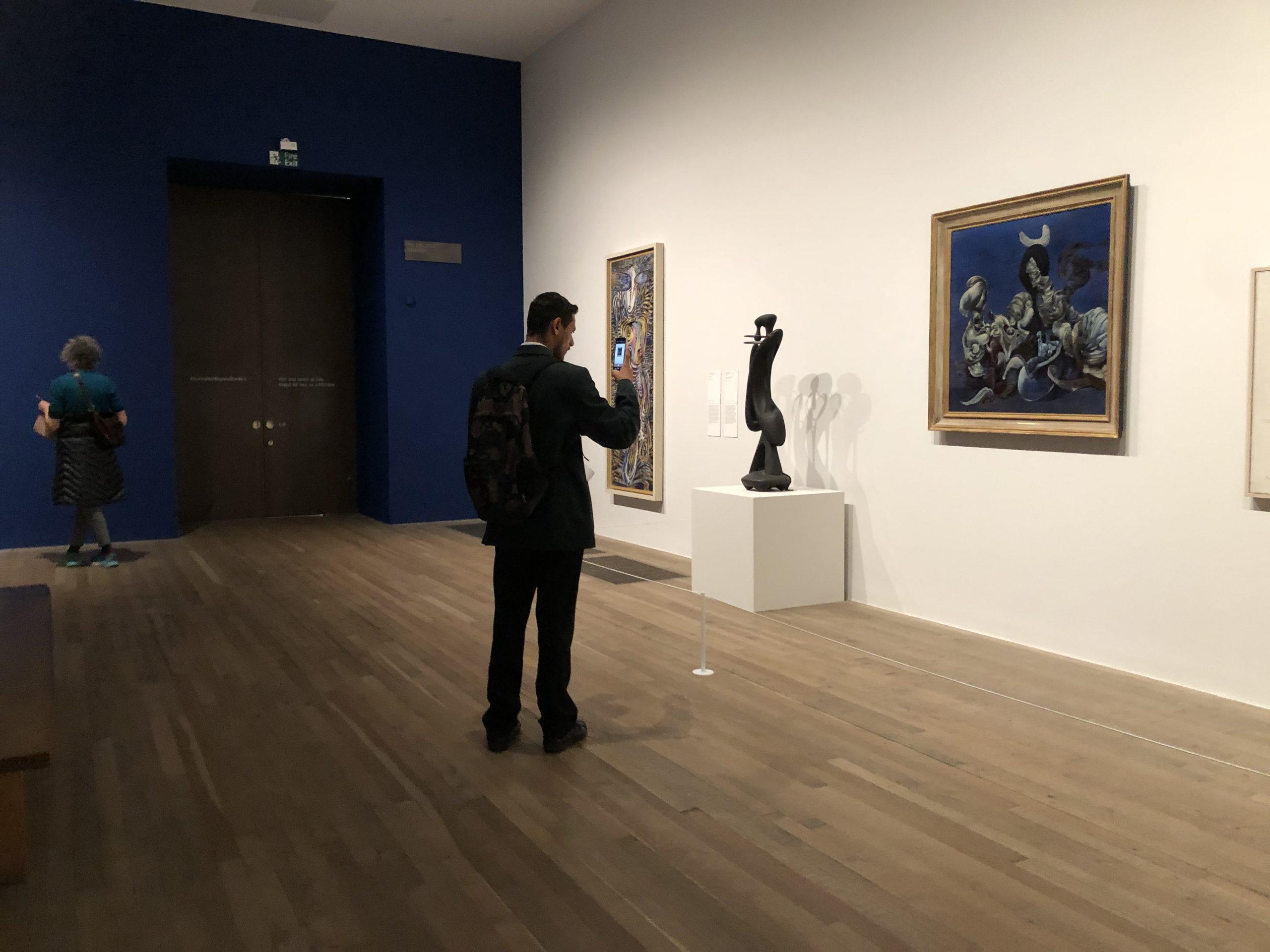 Posted on 20th May 2022 by Ashley Cartledge
Learning Support