Thursday 11th July saw the fifth of our five exciting, annual enrichment days at Bushey Meads. Students of all year groups were able to select from a range of 30 different...

A very special, personalised day to look forward to Enrichment days are an opportunity for deep learning, to explore PSHE topics, to work in teams, and to benefit from trips and...

The Damaging Effects of Excessive Screen Time This weeks’ theme of the week focused students’ attention on the detrimental effects of too much screen time. The school’s e-learning...

Our dedicated head and deputy head of science, Mr O’Brien and Ms Atchuthan, supported on Tuesday by Mr Green, planned and delivered a marathon programme of six 3-hour...

Bill Fisher
Catching up with former head girl Sophia
Posted on 9th May 2019 by Bill Fisher
Sophia benefited from the confidence-building experience of being our head girl four years ago, speaking in public to large and small audiences alike and wowing them with her style; polished and rehearsed but at the same time warm and relaxed.
While at university Sophia built further on her invaluable head girl experience by working as a university ambassador and for an organisation called ‘Debate Mate’ which sends students like Sophia out to schools to run debating teams and competitions. Sophia graduated in law last year, not only with a first class degree, but also winning numerous prizes for her academic accomplishments, most notably one for achieving the top law mark in her whole year. Prizes were financial but more importantly gave openings and experiences into top law firms.
Those experiences were put on hold for a while as Sophia decided to further embellish her C,V. by working in China for a year, learning the language and culture of the world’s fastest rising superpower.  And that’s where we had the opportunity to catch up with her this Easter.
Sophia is working as a language teacher for the British Council in a city called Taicang, on the outskirts of Shanghai. It was simply amazing to visit her school and even sit in on one of her lessons. The vice principal came to meet us to say (via a translator, because few mainland-Chinese speak English) what a great asset to the school Sophia has been.  We could see that for ourselves, though, as she had the whole class captivated. 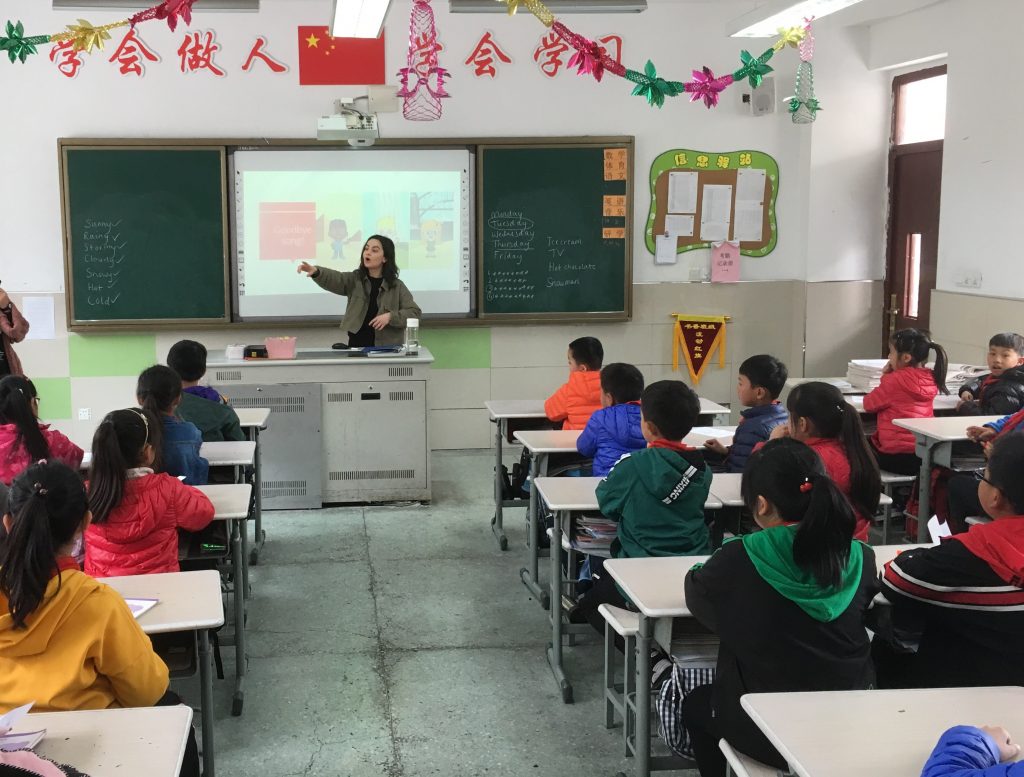 We observed so many differences from English schools.  For one thing, schools in China are huge. Sophia’s primary school takes over two thousand youngsters and secondary schools can be many times that size! Class sizes are big too; Sophia’s classes, like all the others in her school, have 48 students (exactly 6 rows of 4 double desks in each room) and students are often known by their numbers rather than names. Many of Sophia’s new friends in other schools teach even bigger classes – and by the way, Sophia does not work like one of our FLAs  (Foreign Language Assistants), Sophia actually takes the whole class for the whole lesson. Foreigners are extremely rare in suburban towns and being tall for the average Chinese only added to the excited rumpus we caused in the playground at break time, but once students assembled in Sophia’s classroom perfect order and attention prevailed. Students don’t wear a uniform, but all had red scarves to signify their membership of ‘Young Pioneers’, the first organisational rung on the communist path. We missed the early morning outside assembly unfortunately, but Sophia describes the assemblies as like Bushey Meads fire drills but with flags and patriotic singing.
Attached are pictures of Sophia in the lesson we watched and giving out stars at the end, and with her students on an outing (she’s the one at the back). Sophia has travelled extensively in China already: pictures show her with her new British Council friends exploring the Great Wall (she’s second on the left), at the 900 year old water city of Zhouzhuang (know as The Venice of the east), and with her mother (the one on the left!) against the impressive Shanghai financial district skyline. 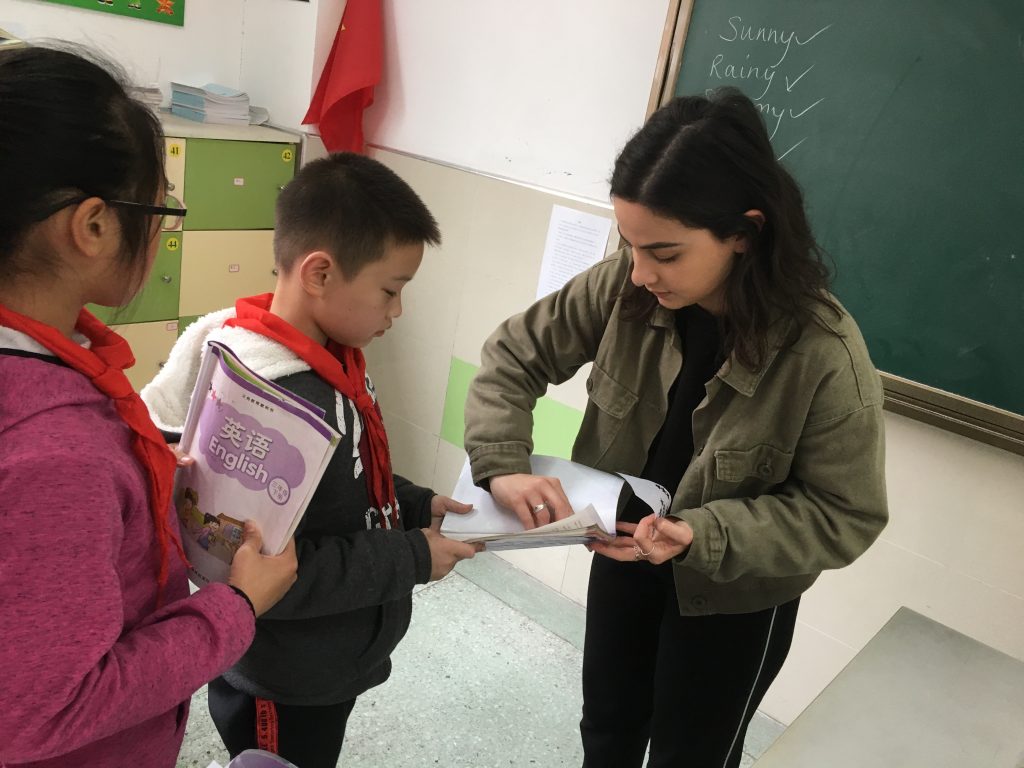 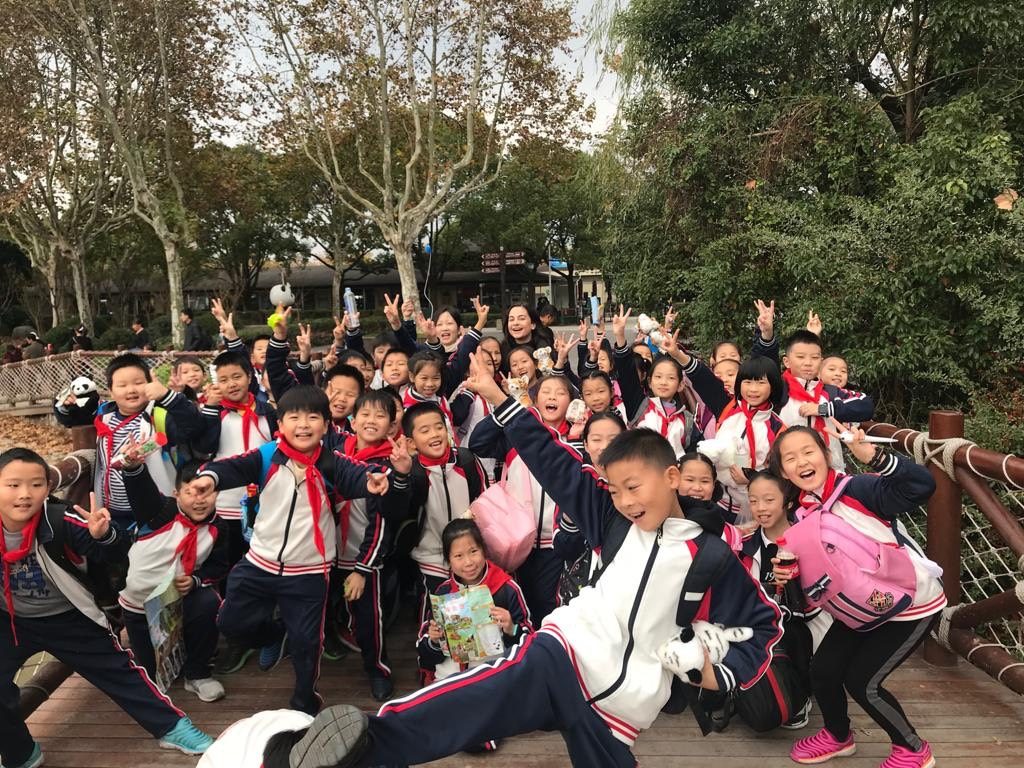 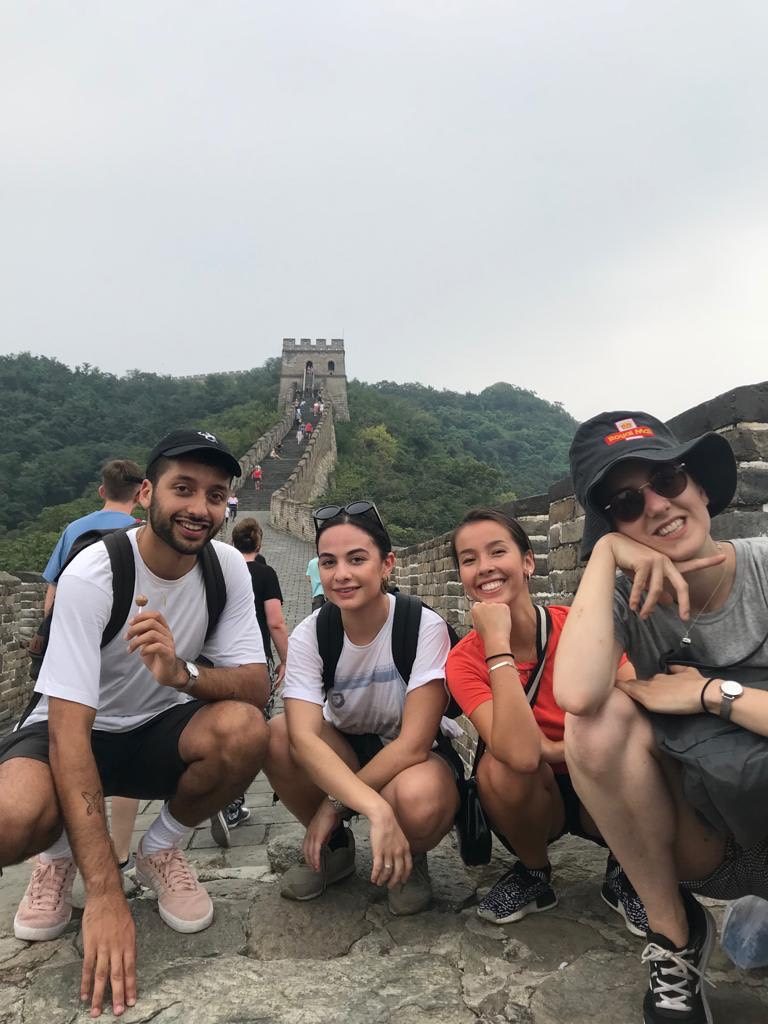 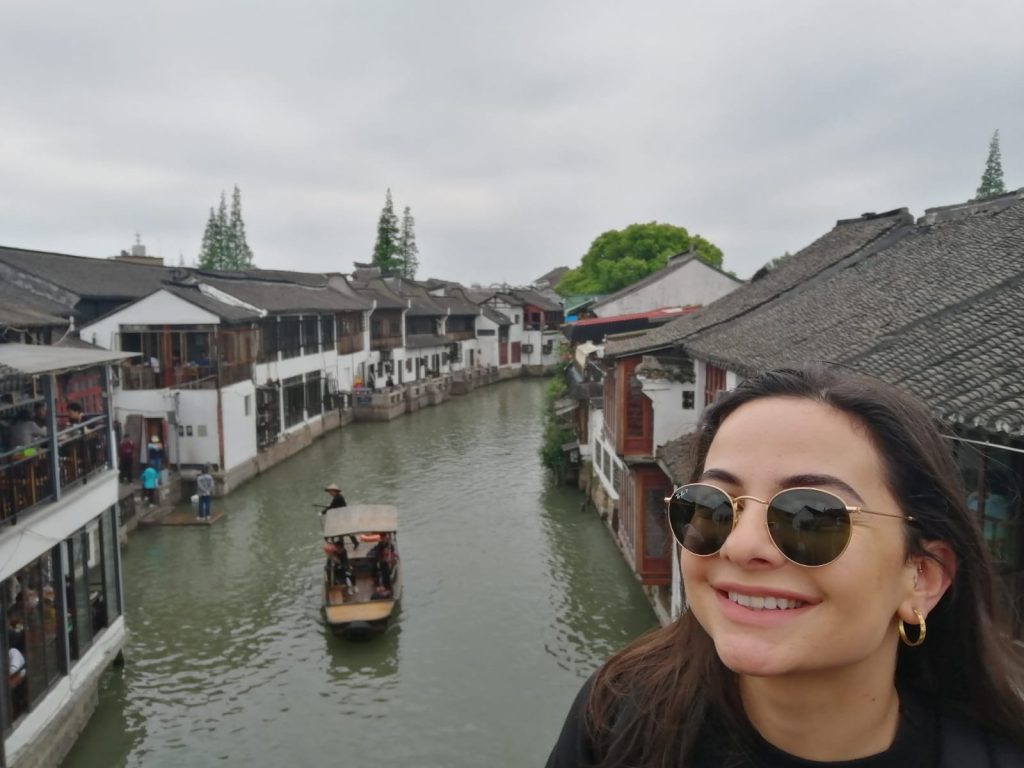 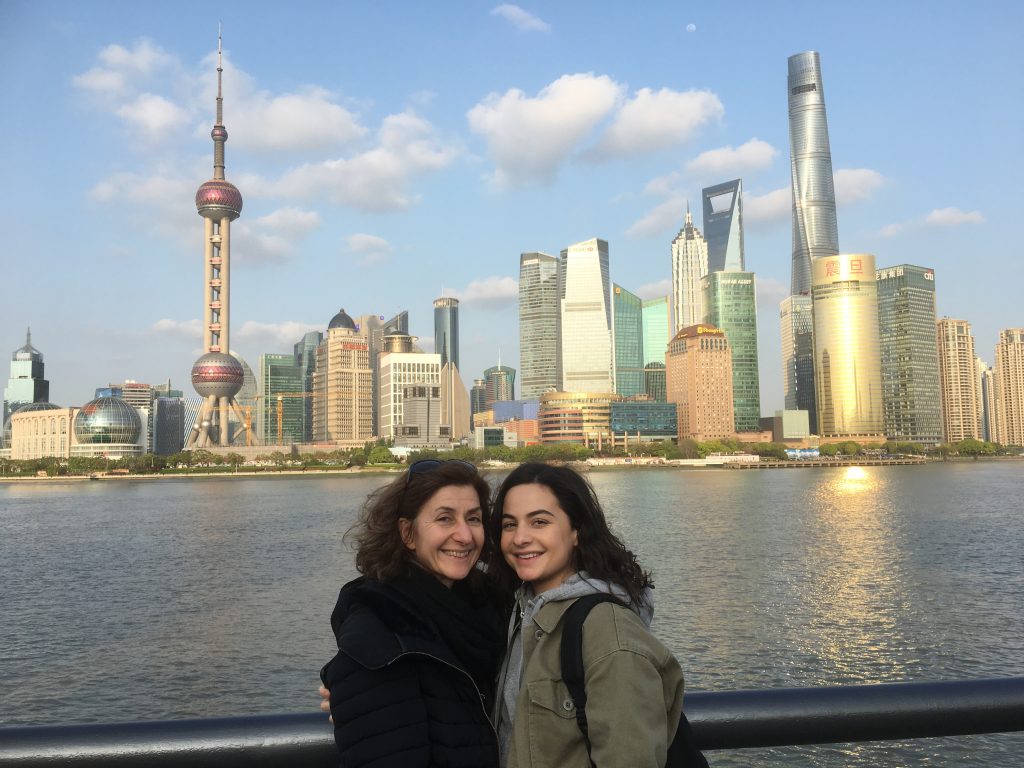 Sophia will be back in the UK later this summer. She has work lined up as a university researcher during the summer before she begins a masters degree at Oxford University in September, having won a place and also a scholarship to Jesus College. We hope to bring her back to Bushey Meads to talk to students about her experiences in China and in law – she did come along last year to talk to Mrs Knowles law class, but now she has even more to inspire the next generation.
Bill Fisher
Show Comments (0)

With many of the practical exams now completed a really positive momentum is building within our hardworking Year 11 cohort. Our dedicated art teachers commented that all art...

Posted on 9th May 2019 by Jeremy Turner
Character Development