NEWS After a well earned break for students and staff we now look forward to another busy half term of activity for the PE and Health Faculty. All lunchtime and after school clubs...

As part of our annual Science Week at Bushey Meads School it was superb to see and hear from some of our top student scientists who brilliantly led our high profile Main School...

This term at E-Club we are going to build a robot.  Here are some year 8 students, with the help of some year 12 Computer Scientists, at the early stages of the project,...

Our year 10 Prince’s Trust class are currently working on the Community Project Unit. During our lessons, we have discussed many projects to get involved with and what we can do...

Last Friday the Maths Department held our award ceremony for the students who had competed in the Mathletics competition. Students in years 7 and 8 received certificates, medals...

After a well earned break for students and staff we now look forward to another busy half term of activity for the PE and Health Faculty. All lunchtime and after school clubs will start straight away with this half term also seeing competitive fixtures in rugby (all ages), football (U18 Boys and girls teams), gymnastics (District Championships) and some District Table tennis competitions.

The highlight of this half term will be the annual Health week which runs from the 18th-22nd March. This year we will be raising money for the British Heart Foundation, a fantastic charity we have supported on several occasions in the past. The annual Health Week Masterchef competition will take place on Tuesday 19th March with the Fun Run on Friday 22nd March. All students will be asked to donate £2 to the charity and then come to school in sports based clothing on the Friday. To further raise funds for the BHF a team of PE staff and Year 13 A Level and CTECH Sports Students will also be taking part in the BHF Charity London to Reading bike ride event on Saturday 23rd March to raise more money. More details to follow.

A key feature of the Health Week is the annual CV fitness testing which will take place during PE lessons. All students in Years 7-11 will be tested with results made available for parents via the Learning Gateway. Students can check the progress in previous tests to give themselves a clear target for this year. 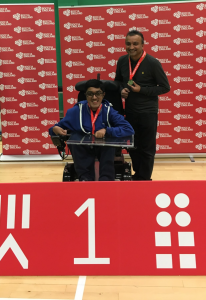 Congratulations to K.Shah in year 11 who has just been awarded with the gold medal at the regional rounds of the Heathcote cup.  A national competition, for athletes of all ages, the Heathcote cup is something Kai has taken part in for the last few years but after winning several minor medals this is the first time he has secured the gold. Winning all of his matches he was the deserved victor in what was a very tough competition.

We look forward to hearing about his progress in the National finals.

On Thursday 28th February we were very lucky to be invited for an afternoons coaching at the Tottenham Hotspur FC training complex near Enfield. The Year 7A team who have had a great season reaching both the District League final and County Cup semi-final and a combined group of boys from both the Year 8A and B teams took part in coaching sessions led by the THFC 1st and 2nd year professionals. 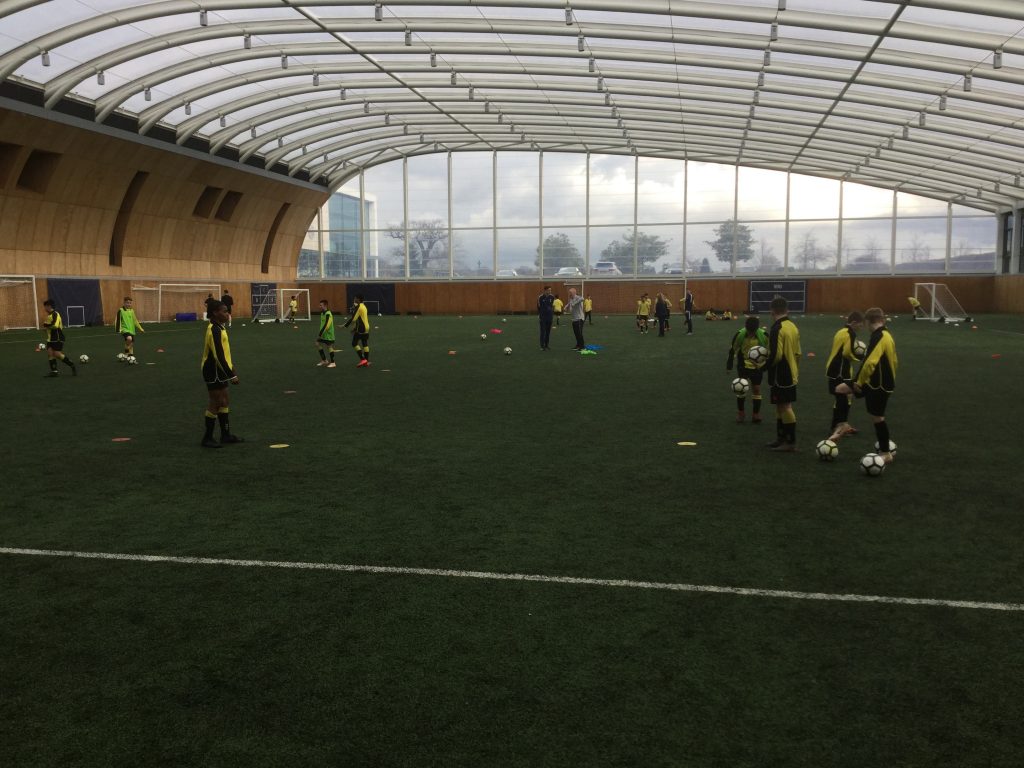 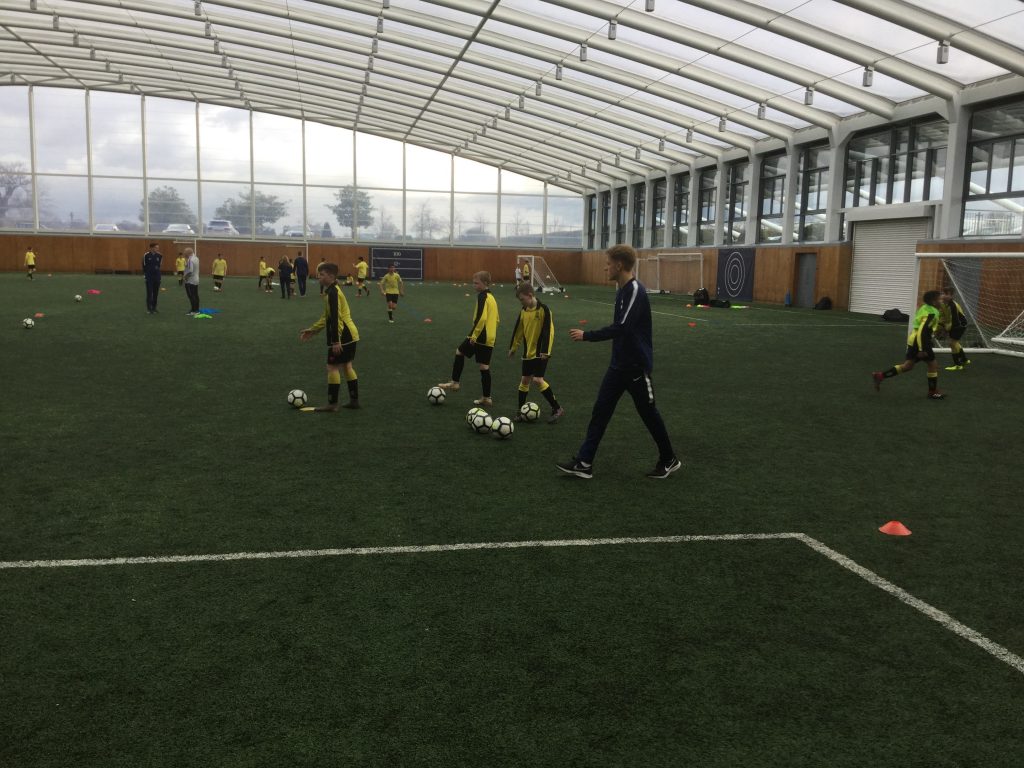 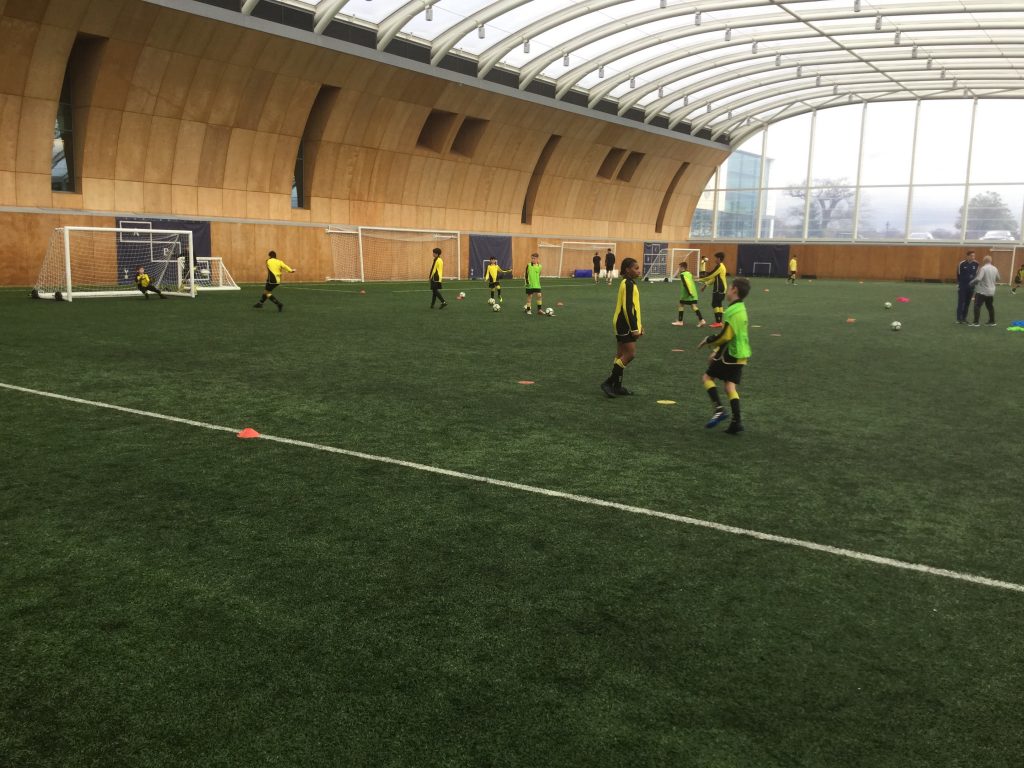 These included a number of players who are currently representing the England Under 18 squad. The sessions took place in the indoor training dome with the boys really enjoying the experience. The boys also got to see the 1st XI training pitches and it was great to see a top class facility at such close quarters. The coaches were really impressed with the boys attitude throughout the sessions. It was a great afternoon and we look forward to further developing this link in the future. 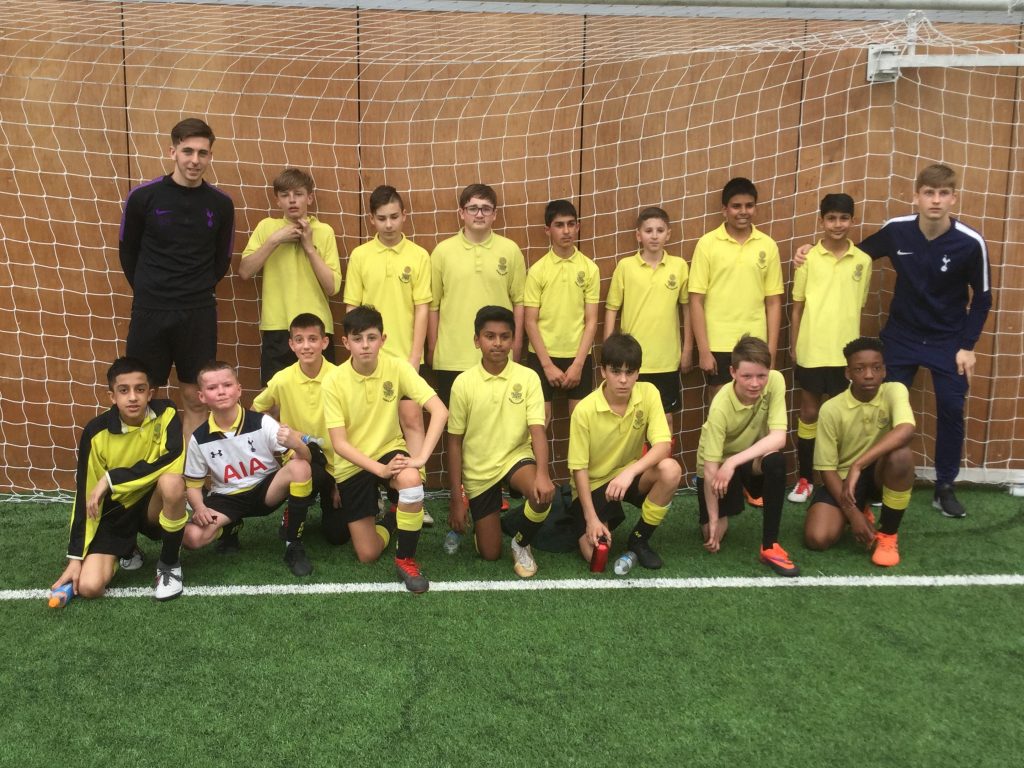 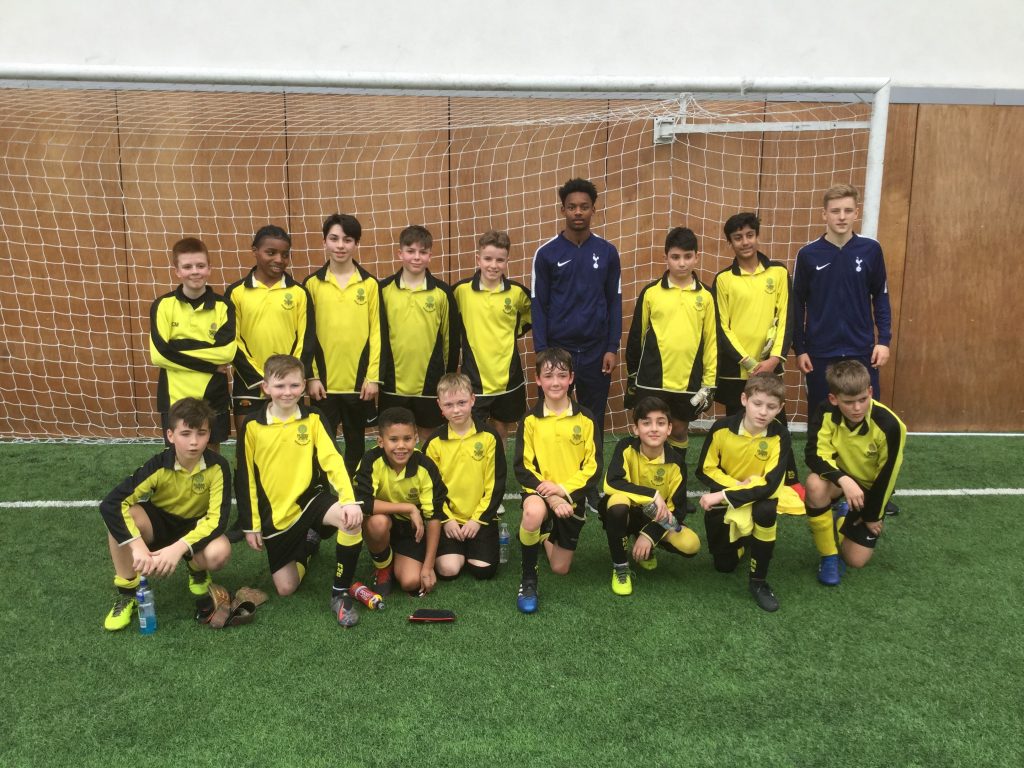 The Year 12 CTECH Sport group are currently delivering their 6 week coaching sessions to the Year 7 students in the school as part of the sports coaching and activity leadership unit. Sessions are being delivered in football, basketball, rugby union, netball, badminton, tennis and gymnastics. It has been great to see the group develop their leadership skills with all developing their communication, organisation and self confidence. The year 7 students have responded really well to the guidance with many showing good skill development. The vocational sports courses are continuing to develop in the school with some really successful outcomes at both KS4 and KS5. We look forward to the forthcoming options evening for our next group of qualification sports students. 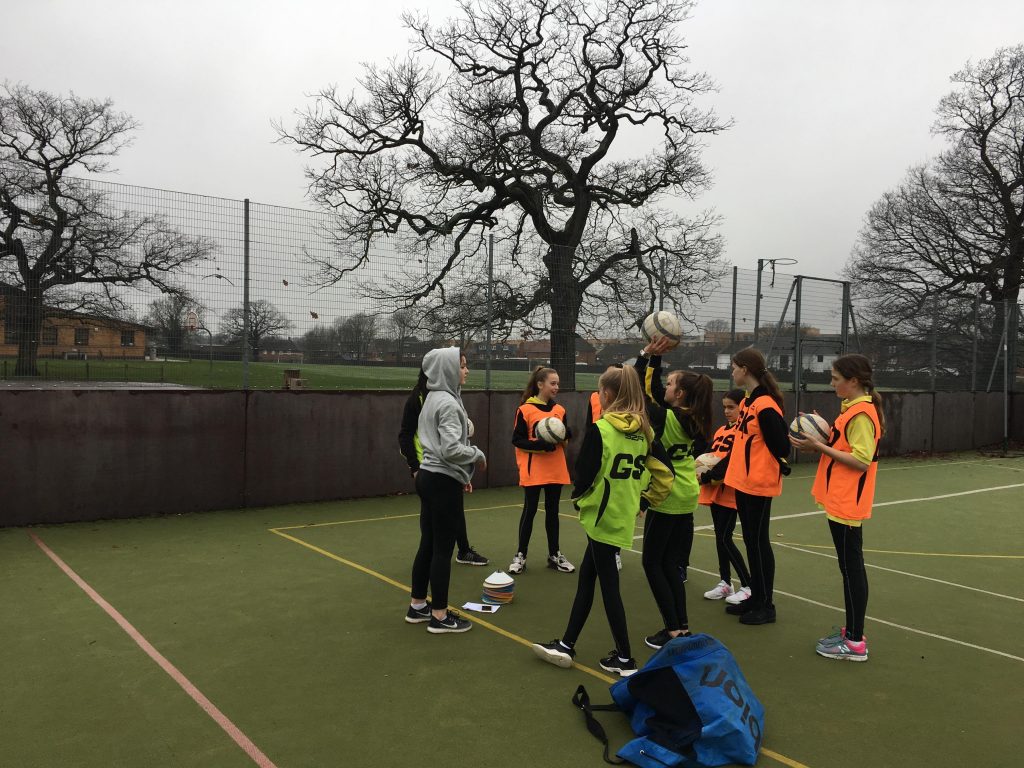 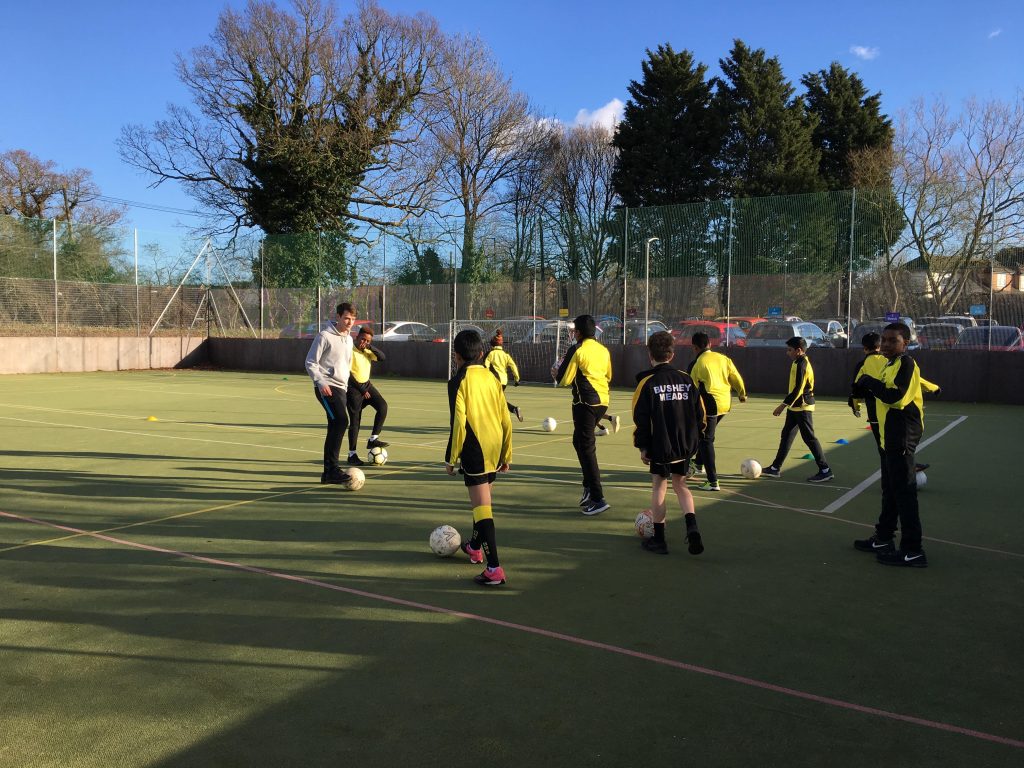 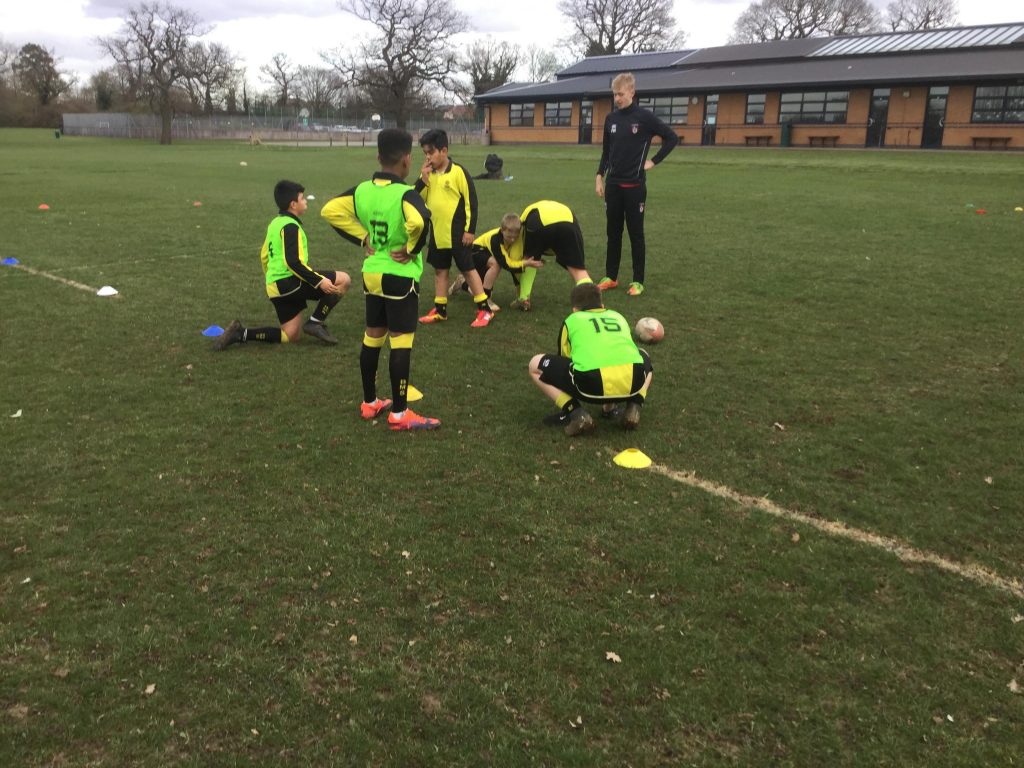 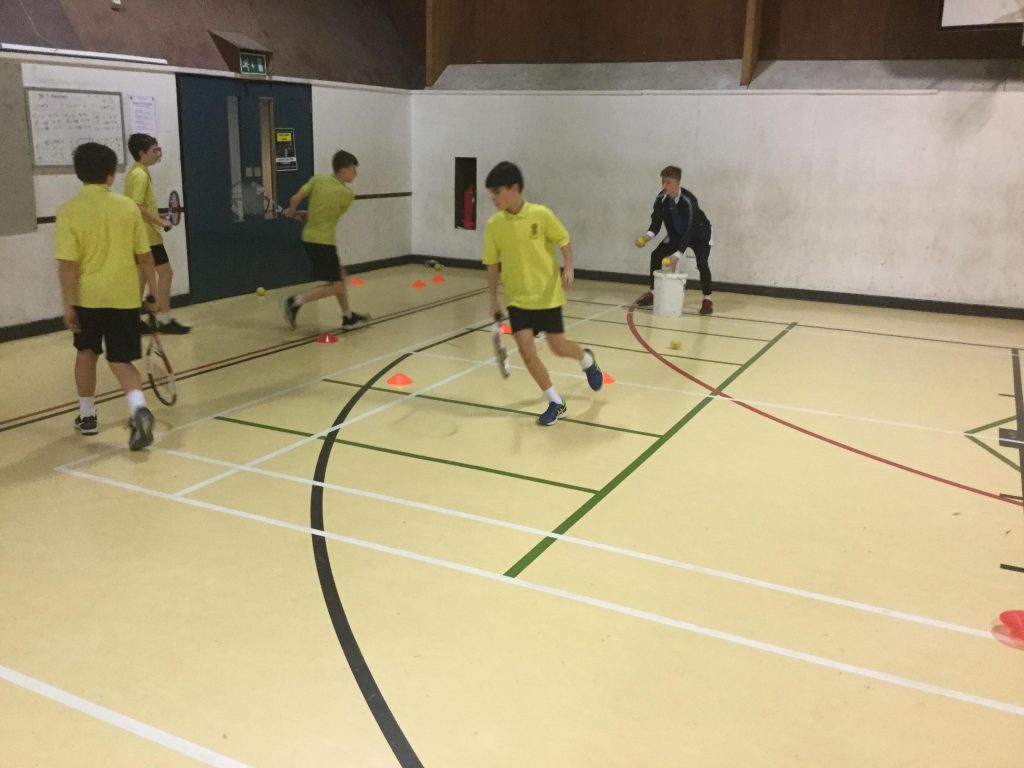 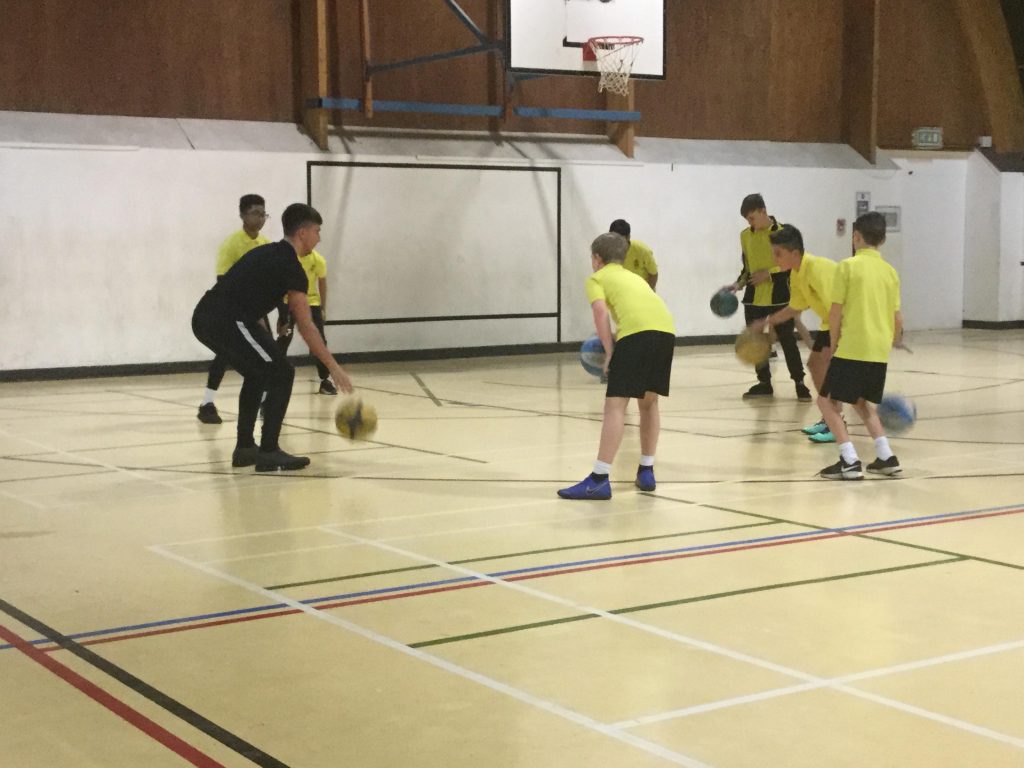 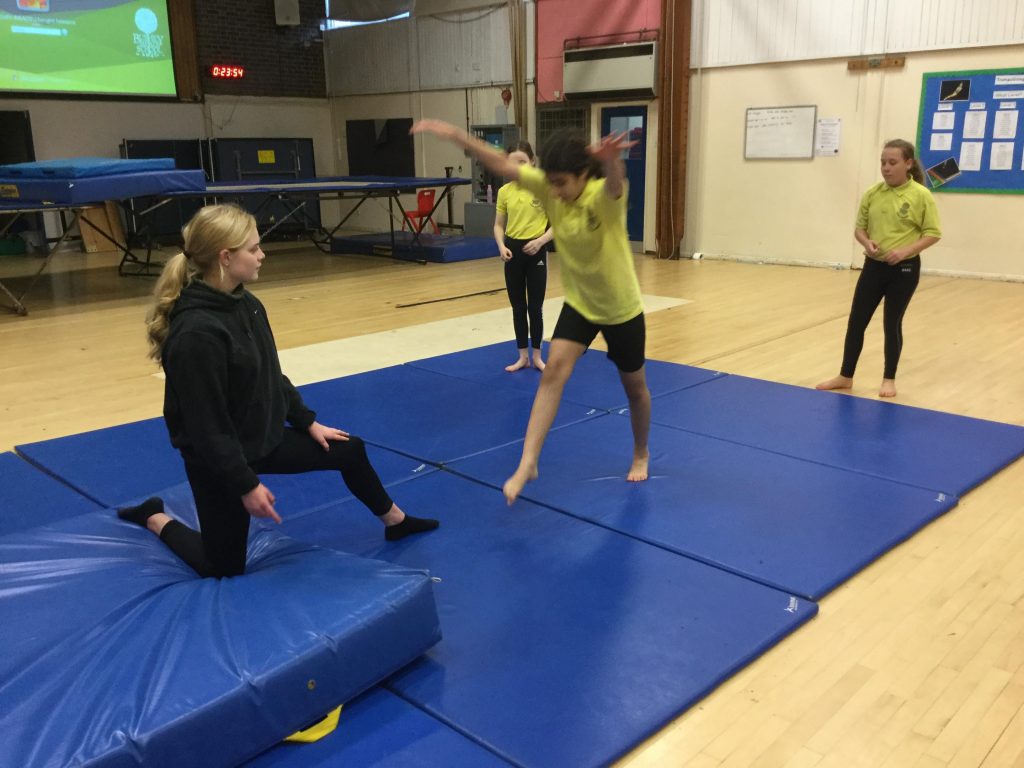 The Health Week fitness testing has already begun and tests will continue throughout next week. Students should take the opportunity to check the Learning Gateway to look at their results from previous years. Fitness is a very personal matter and students should look to improve their CV fitness year on year through regular exercise. A reminder the recommended amount of physical activity to maintain a healthy lifestyle is 7 hours a week or 1 hour a day. On Friday the whole school will be involved in the annual Fun Run with all proceeds going towards the British Heart Foundation. Please can we ask all parents to make a £2 donation via scopay. All students will be able to come to school in no school uniform and wear sports based clothing on the 22nd May. A reminder the many benefits of regular physical activity include :

Comment : The Under 18 team produced an outstanding team performance to win a very closely contested County League fixture. Despite controlling large sections of the 1st half the boys found themselves 2-1 down at half time with the goal coming from A Djahnit. However the boys produced an outstanding second half display of passing and counter attacking football to finally come out with a fully deserved win. Pick of the goals was a strike from K Barnard-White after an excellent back to front move.

Comment : The Y9 boys showed great enthusiasm as they defeated Reach Free in a very wind affected match on Wednesday. In difficult playing conditions the boys showed real strength in the tackle and improved technique in the ruck. Some good play in the backs saw the boys run in 8 tries for a convincing victory. Well done all the boys involved.

Comment : A group of year 9 and 10 boys were chosen take part in the District Development table tennis competition. Both teams came across some excellent opposition but more then held their own over the matches that they played. The quality of the opposition only spurred the team on as they produced some excellent table tennis themselves. The year 9 team came 2nd and qualified for the District finals, while the year 10’s unfortunately just missed out. Now to look forward to Tuesday’s finals night.

Comment : We travelled to Rickmansworth School for the end of year 8 girls tournament on Wednesday evening.  The girls have not played for a while but started well by beating Bushey Academy in the first game.  There were a few narrow defeats to follow, securing the team 4th place in the tournament overall.  Thank you to the year 8 girls for their commitment this year and we shall look forward to starting strong next season.

Comment : The girls put in a real effort against a very strong St Michael’s team. Hanah I & Amber V particularly impressed, receiving recognition for their efforts from the opponents.

We were delighted when Megan W and Keely W (yr 8) were both selected to represent Watford District in the Hertfordshire county schools swimming gala.  Having submitted times the girls were selected above lots of other girls in their age categories.  Megan took part in the 50m breastroke and the medley relay, again swimming the breaststroke leg.  Keely was selected for the very competitive freestyle relay, a great achievement considering it’s not her ‘favoured’ event.

Both girls performed exceptionally well, Keely’s team finishing a very creditable 4th in what was a very competitive relay.  Megan finished in third place in her breaststroke with a new pb and a regional qualifying time and her relay team narrowly missed the gold medal edged out by 0.15 of a second.

Some great results from our talented swimmers.

Some of our year 7 and 8 girls have been very lucky to receive some Arsenal ladies football coaching sessions as part of their PE provision in the last couple of weeks.

Students have been given taster sessions encouraging them to embrace football through fun activities. The intention is that having had the opportunity to experience a football coaching session the students will attend the ALFC coaching sessions that run after school on a Tuesday.

The ‘lesson’ sessions have been great fun and the students have really engaged in the coaching on offer.  It would be great to see some of the students attending the free after school club that begins again next week on the astro finishing at 4.15.

A reminder that we still have Arsenal Ladies (Home) tickets available for FREE for all members of the school community.

Please email Mrs Cooper. [email protected] if you would like the opportunity to see one of the best ladies football, club, teams in the world.

MFL Faculty have recently set an exciting homework for Years 7-10. All students have been busy writing a story of up to 100 words in French or Spanish on a topic of their choice....

Girls in Year 9 have been working on sports leadership in their PE classes this term.  Looking at the qualities that make a good leader.  They have designed, developed and...