Back to Latest Articles
Drama

It was utterly inspiring to hear our Community Leaders speak at the Full Governors Meeting held on Wednesday evening of this week. The kindness they are showing to members of our...

It was great to see all our hard working Year 8 and 9 students listening so attentively in Associate Leader Mrs Wright’s Main School Assembly on the important theme of Growth. As...

With our next BMS Marking and Feedback fortnight starting on Monday, it was great to hear Assistant Headteacher Mr Searle outlining a focus for the 2 weeks. One area we want to...

On Monday of this week Head of Physics and Duke of Edinburgh Coordinator Miss Booth led a really great Monday Magic Moment in our packed Staff Briefing. Re-visiting our...

The University of Hertfordshire are hosting a Student Finance Parents’ Information Evening on Wednesday 3rd April 19:30-21:00.  We recognise that the cost of university is a major...

At the end of last week all parents of children currently in Year 6 received information about their child’s secondary school allocation for September. This year again there...

Earlier this term I was privileged as the Executive Principal to be able to represent Bushey Meads School and The Bushey St James Trust at a national conference in London. Held at...

Scientist of the Week – Issue 38

Drop Everything And Read (DEAR)

This year the Reading Agenda at BMS has gathered speed.  The reason being, is that we believe literacy underpins success in every element of education.  For example, the recent...

Greg Knowles
Musical Theatre Takes Off at BMS!
Posted on 15th March 2019 by Greg Knowles
We have a proud tradition at Bushey Meads School of producing exceptional musical productions. This year was no exception. The Addams Family has truly been a whole school project and the resulting production received rapturous applause and standing ovations throughout its run. 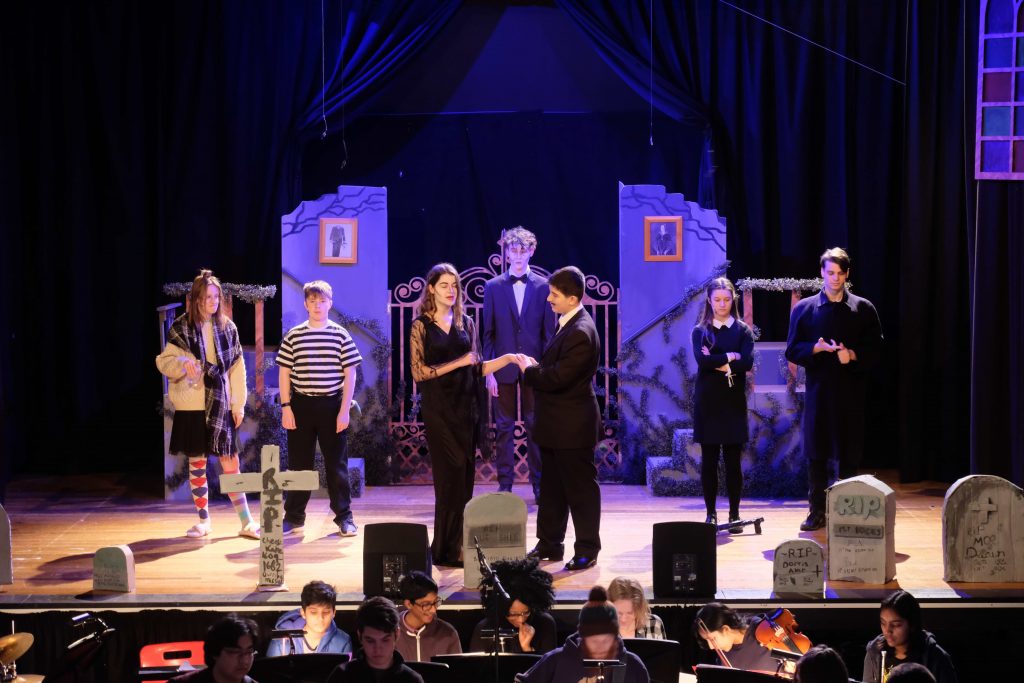 As part of our ‘Everyone’s A Leader’ initiative, much of the work in the run-up to the production was led by students.
One of our talented design students took on the role of set designer. Aaron Robinson not only designed the set but also led the construction and decoration of the set. It was fantastic to see his designs move from concept to final product with such flair. 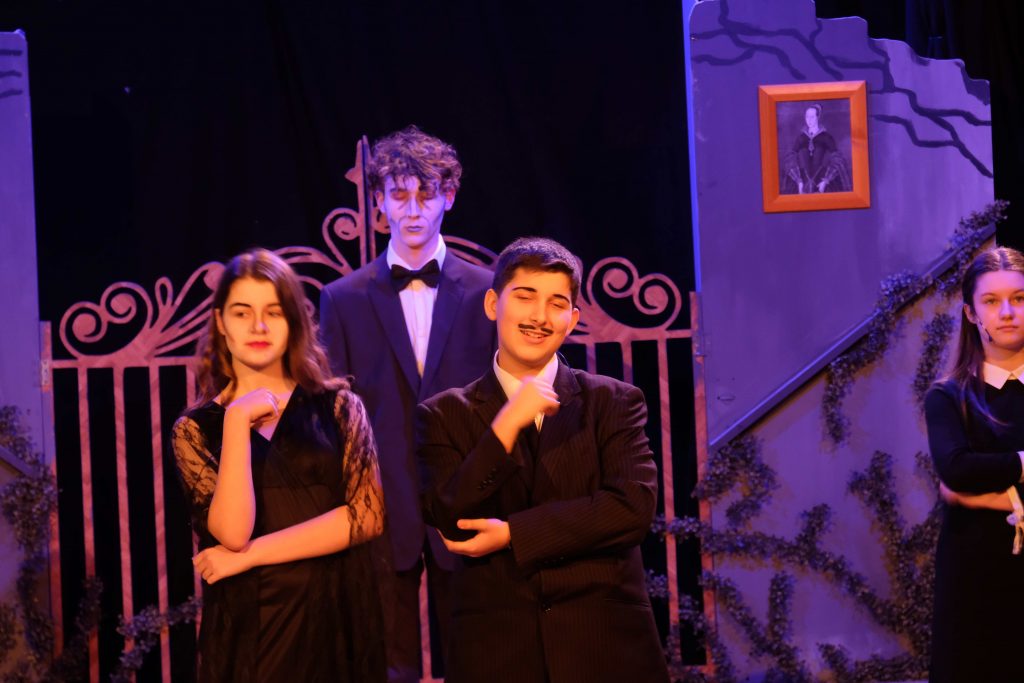 Many productions may have faltered when your lead choreographer sadly has to leave school when offered a fantastic employment opportunity elsewhere. Not at Bushey Meads. T-Ala Marsh, one of our post-16 student leaders, stepped in to continue the choreography process and leave our performers full of confidence leading up to opening night. 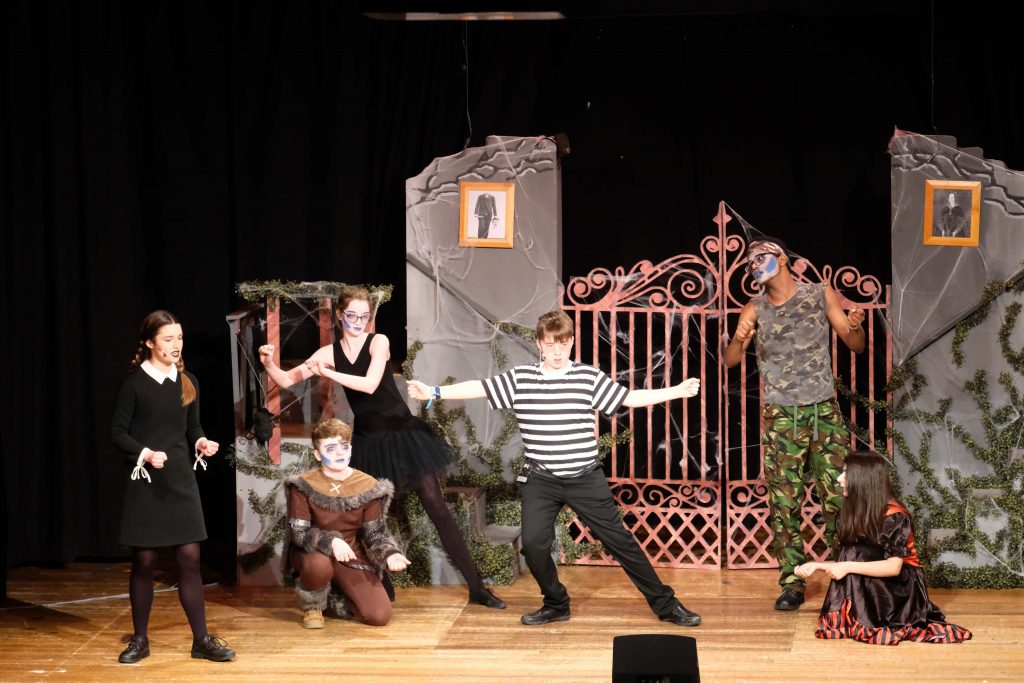 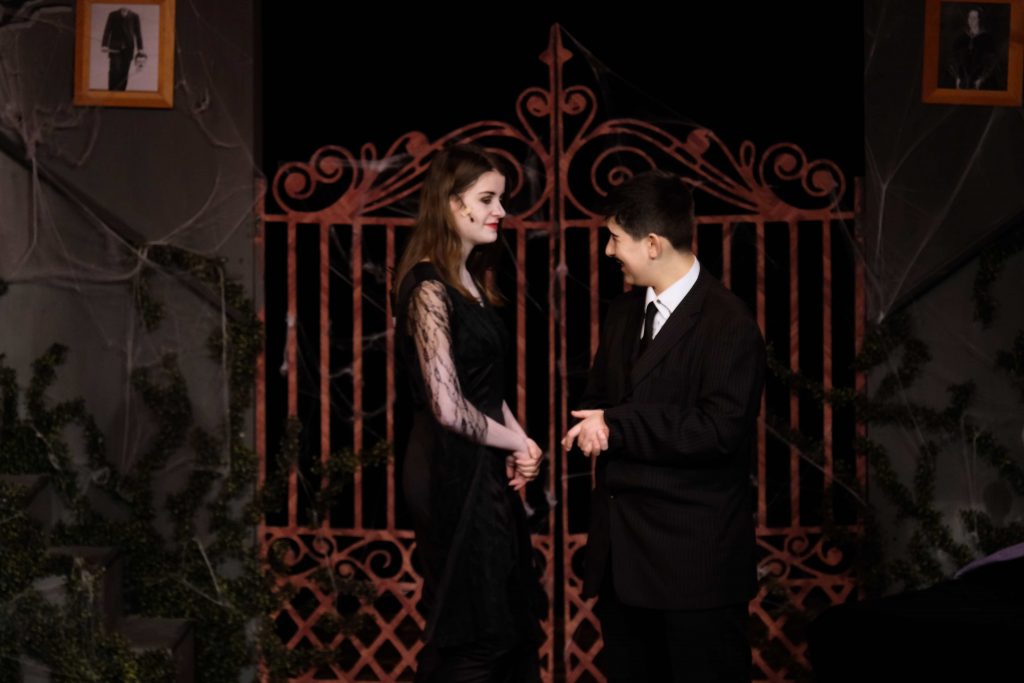 Behind the scenes our stage management and technical teams were led expertly through the operation of the show by Sam Raymond and Yama Qarib (both year 12). Yama has taken on the role of head technician after working in the school’s student technical team for the last 5 years. 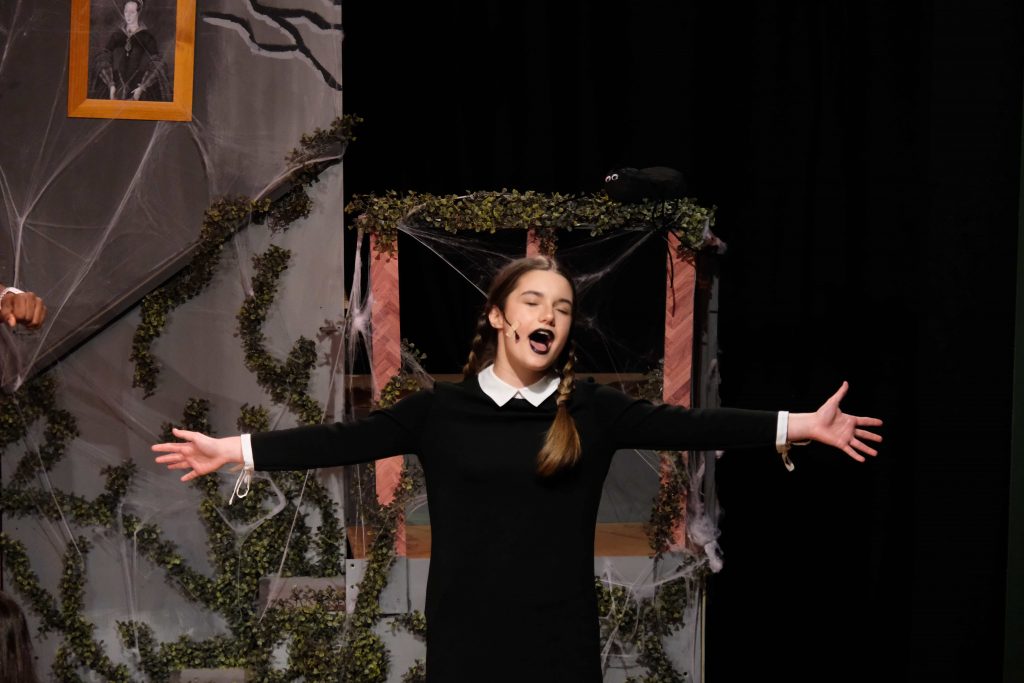 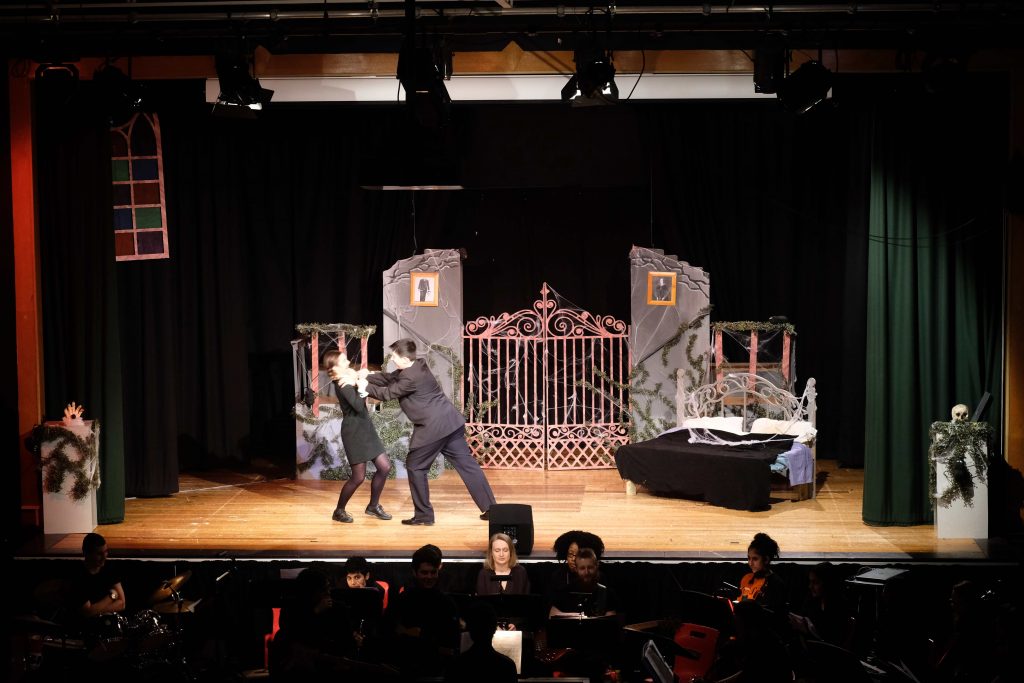 The last student mention should go to Nathaniel Haley. Nathaniel has never conducted an orchestra before this year so taking on the role of musical director was a daunting challenge. He played piano, ran singing and orchestra rehearsals and rewrote the musical scores so that every musician could play successfully at the level required of them in addition to conducting the orchestra throughout. An amazing achievement for any professional music teacher, let alone a year 13 student!!
A huge congratulations to everyone who took part and supported the production including all the year 8s who helped to create the props during their enrichment day. 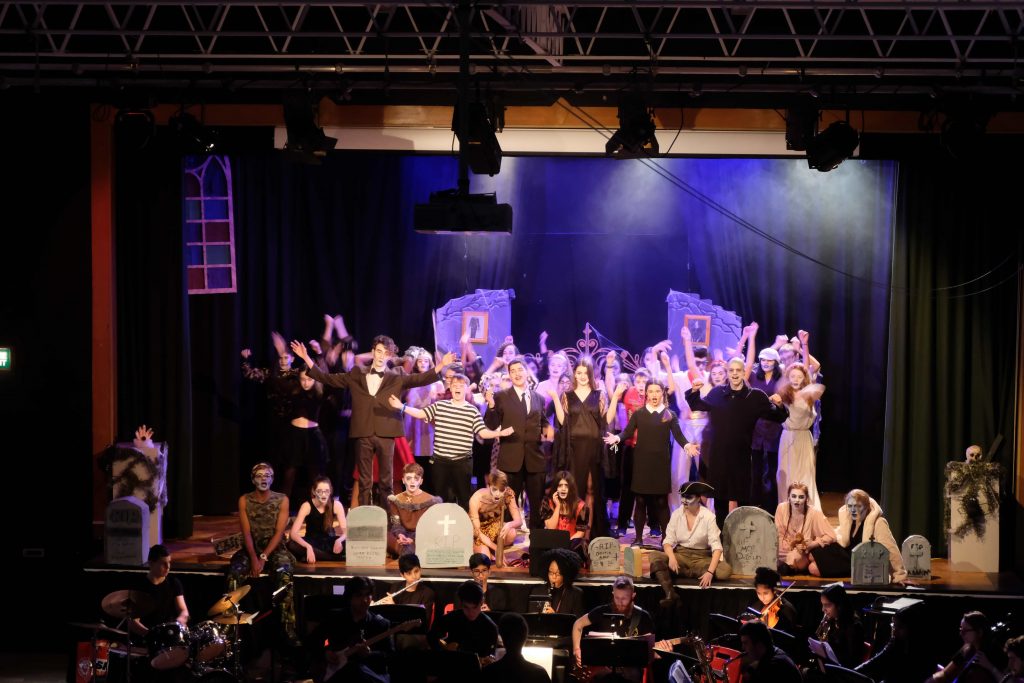 The Next Generation Inspired!
This year’s school production has been put together for the future. Led by students, performed by students, supported by student backstage teams and performed to a wonderfully appreciative primary school audience. After enthralling the audience on the opening night, our cast and crew had to find the energy to perform to our feeder schools at 9.30 the following morning. The performance was fantastic. Staff and students were quick to praise the quality of the performers and how slick the show was.
The performance was followed by a question and answer session with the cast and crew. Questions were aimed towards out set designer about how the set worked. Students at Hartsbourne were shocked to realise that staging platforms from their school had been used within the set – just one way in which our trust is working together. The actors were asked about the process leading up to the performance. one student asked which role each actor really wanted before the audition!
Hopefully we will see many of our young audience members progress in the arts and take part in productions for years to come in their time at Bushey Meads School.
Greg Knowles
Show Comments (0)

Over the last two weeks we have been busy auditioning students for our exciting school production this year – School Of Rock!!!. To date we have auditioned years 7 and 8. By...

In the spirit of the Executive Principal’s Blog, “we rise by lifting others”, the drama department would like to celebrate the amazing creativity students have shown in...