Last week our drama and dance students had the wonderful opportunity to visit the Immersive Ensemble production of The Great Gatsby. Ours students donned their best 1920s party...

Word has clearly spread about the talented drama students in year 11 and 13. We were absolutely delighted to see so many parents, staff and students coming to support our drama...

Conducting a joint learning walk around some of our Performing and Visual Arts classrooms on Wednesday afternoon of this week was a really inspiring moment in time. In music the...

It was great to see our talented Year 11 Drama GCSE students perform under the lights and the additional scrutiny of a visiting GCSE examiner on Wednesday evening of this week....

Rehearsals have begun for the the school production! A massive thank you to everyone who auditioned and congratulations to everyone who has been cast, the quality of the auditions...

Greg Knowles
Gatsby’s Party In Full Swing
Posted on 14th November 2019 by Greg Knowles
Last week our drama and dance students had the wonderful opportunity to visit the Immersive Ensemble production of The Great Gatsby. Ours students donned their best 1920s party outfits accompanied by the dance and drama teachers and quick footed their way down to Gatsby’s mansion.
Due to the immersive nature of the production some of our students were called on at times to become part of the production. Highlights included Luka Kovaletskye’s commitment to playing Myrtle Wilson’s sister. Later Charlie Bointon entertained the audience as George Wilson’s mechanic. Evan one of our new dance teachers – Miss Dolan got in on the action and did a superb job as Johnson. Her role in the production was to sweep the stage so that it was pristine for Gatsby and Daisy’s tea date. 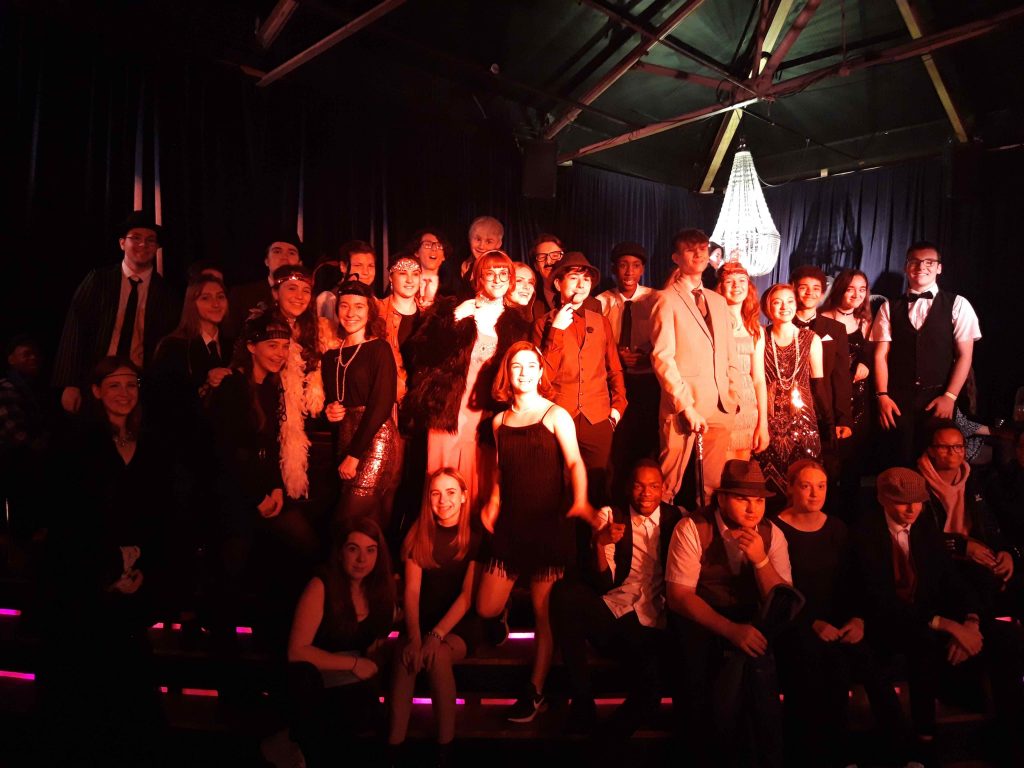 The performance also offered the audience to learn the Charleston dance. We are delighted to announce that Miss Noyan was awarded the crown of best dancer with Csenge Szabo also receiving very positive praise from the actors for her Charleston.
It was great to see the effort our students went to gain the most from this production; particularly with the costumes. Our year 12 boys grouped together to demonstrate their understanding of 1920s facial hair and sported some excellent fake moustaches for the evening.
After the fun, the work begins. These students will use this experience to help them write theatre reviews. This performance has inspired the year 12s to think about putting on their own production of the Great Gatsby. Watch this space….
Greg Knowles

Head of History Mr Lyley and six superb students leaders led our Main School Assemblies this week focussed on the theme of Remembrance. They encouraged us to think and reflect on...