The Year 11 Food Preparation and Nutrition GCSE group completed their final food assessment. This assessment is part of their NEA 2 which is worth 35% of the total GCSE. They had...

On Friday 14th February, 3 of the yr12 Fine Art students went with Miss Cole to Little Reddings school to help yr4 students paint the 2nd half of their outdoor mural, based on the...

Many of you will be aware that the BBC has been celebrating literature through the ages, culminating in the creation of a list of ‘100 Novels That Have Shaped Our World’.  See link for full details and the whole list – https://www.bbc.co.uk/programmes/articles/494P41NCbVYHlY319VwGbxp/explore-the-list-of-100-novels-that-shaped-our-world

As part of World Book Day on March 5th, Bushey Meads students will hear from their teachers about books that have either had an impact on their lives, that are favourites or even just memorable.

The year 13 literature group recently discussed books they have enjoyed, either recently or when they were younger, and the messages it conveyed to them. 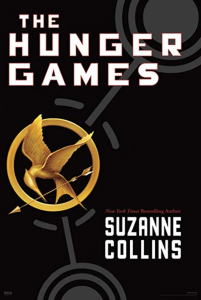 Several of the girls talked about the ‘Hunger Games’ series of books by Suzanne Collins, all agreeing that the first book was the best.

One student said that “the message didn’t click with me until I read it over again”.  Indeed, the class seemed to agree that many of the best books are those that need reading and re-visiting again. 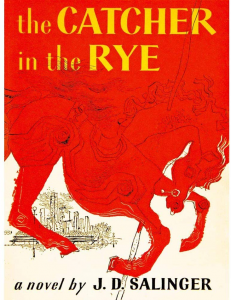 The importance of change, sacrifice and need to be unitedwere all messages drawn from the series of books, alongside, what makes a good leader and the dangers of oppressive regimes.

A, perhaps, more controversial book enjoyed by Milo in year 13 was Salinger’s ‘Catcher in the Rye’, a story of teenage rebellion and mental torment.  Those in the class who had read this felt the novel provided a deep, if at times, worrying, insight into growing up and the human condition of loneliness.

One of the books read in early years which many of the class felt conveyed a message was a surprise to me – and a book that I am embarrassed to admit to never having read – Jeff Kenney’s ‘Diary of a wimpy Kid.  It was felt this book conveyed what someone has to go through in life to grow up. It resonated particularly with Zaine in Year 13 as he felt that the book sparked his interest in reading – hence why he is studying  ‘A’ Level literature today.

Arin in year 13 loved ‘The Girl with the Dragon Tattoo’ by Swedish author , Steigg Larsson.  Interestingly, the original title for this thriller was ‘Men Who Hate Women’ but Arin enjoyed it as “it kept me on edge”.  Arin enjoys books that engage and he felt this one does just that. 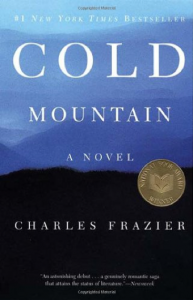 Max in the year 13 lit class is doing part of his coursework on ‘Cold Mountain’ by Charles Frazier.  He felt that the message of the novel – ‘Life’s not about the end, but the journey’ and to ‘Live for the moment’ is a philosophy well worth taking on board.

Indeed, these themes of survival and ‘being true to yourself’, the class agree, were messages prevalent any many memorable works of fiction.  Jewel in year 13, described how she found Alice Walker’s ‘A color Purple’ disturbing but ultimately the book is positive – being about one woman’s survival. 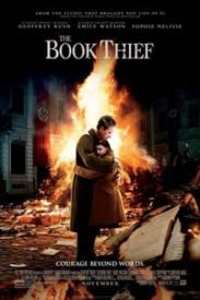 Staff also remember books which have impacted their lives.  For Ms Court, Head of English, it was ‘Villette’, a lesser known novel by Charlotte Bronte and her final gift to readers worldwide.  . Ms Court remembers reading this and feeling drawn to the powerful portrayal of a woman trying to reconcile love, jealousy and a fierce desire for independence.  She feels that it is even more poignant, when considered against the backdrop of Bronte’s own life..  Our Learning Resources Manager, Ms Turton, found ‘The Book Thief’ by Marcus Zusak made her question her previous understanding of Death.  Ms Turton remembers clearly her emotional response to reading ‘Death’, who narrates the story, describing the bombing of Cologne and (his) struggle to hold 500 souls in his fingers /over the shoulder but carried the souls of children in his arms.  For Ms Stanton, teacher of English, the first book to really influence her was ‘To Kill a Mockingbird’ by Harper Lee. She studied the text at 14.  She says, “It taught me to always try and think of things from other people’s point of view. ‘To climb inside of his skin and walk around in it’. It also made me aware of a lot of injustice and the importance of standing up against it.   Ms Bowe, Lead Practitioner for English and Whole 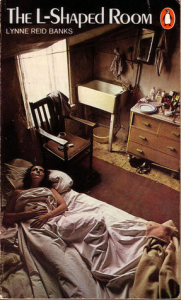 School Literacy, still remembers the impact ‘The L-Shaped Room’ by Lynne Reid Banks had on her when she first read it. This is a book published in 1960 and tells the story of a young woman, unmarried and pregnant, who moves into a London boarding house, befriending a young man in the building. The subject matter was considered shocking and ground breaking for the time.  When Ms Bowe read the book 25 years after it was published, despite the world being very different from the one presented in the novel, the issues still resonated with her, particularly the attitudes to women presented. Ms Bowe explains that “It’s an important novel to me because it changed the way I viewed reading forever. Reading was no longer just about adventures or mysteries for me- literature could now open up debate and make me question society.”

For me, the book I remember finishing and starting to read again straight away in case I had missed anything is Margaret Atwood’s ‘The Handmaid’s Tale’  Just like Ms Bowe’s experience of ‘The L-Shaped Room’, for me this book led me question the world that I live. Luckily I have the opportunity to enjoy this text most years, it being on the ‘A’ Level Literature specification.  However, it does not matter how many times I re-read this text, it never fails to pose new questions, new ideas and a deeper understanding of the world. And it’s the fact that literature continues to enhance our perceptions, our relationships and our perspective of the world around us that makes us not only enjoy literature, but love it!

Can you express yourself through poetry – in whatever shape or form? On behalf of the English Faculty, Mr Johnson and Miss Stanton are excited to announce the launch of our themed...