Most of us have been having a fair few of those since the lockdown began, both literal and metaphorical. Like many idioms, the origin is uncertain, although it seems to be one of...

Kindness Thought of the Week

Achievement Points for this Week

We have recorded a new high score for the number of reward points issued in a week with a total of 2006 issued to students in the past week. This is a testament to the efforts the...

This week: ‘The Secret History’ (1992) by Donna Tartt The story follows a group of smart, attractive Classics students at an elite university, and an outsider who finds himself...

“Go to work on an egg” was an advertising slogan used by the United Kingdom’s Egg Marketing Board during the 1950s and 1960s I have no idea why we needed to...

This week: A Short History of Nearly Everything (2003) by Bill Bryson A nonfiction offering: In his quest to provide what the title suggests, Bryson is funny, clear and...

Word of the Week: Lavish

Going the Extra Mile at BMS

One of the key aspects of our planning to ensure the safe return of students to the school after this period of ‘lockdown’ has been to review all aspects of our... 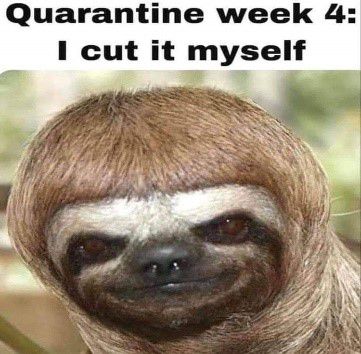 Most of us have been having a fair few of those since the lockdown began, both literal and metaphorical. Like many idioms, the origin is uncertain, although it seems to be one of our more recent turns of phrase.

That isn’t to say that hair hasn’t had a very significant role to play in language, literature and wider culture since we became upright and lost lots of it!

Hair is seen as a symbol of strength and empowerment. Consider these well-known examples:

– Lady Godiva, the 11th century noble woman, riding through the streets of Coventry with nothing but her hair to cover her, as a protest against taxes. 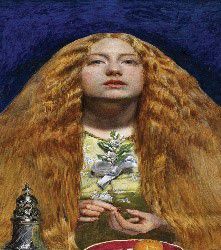 In the 19th century, blonde hair in particular, was considered a sign of youth, beauty and purity. In Rossetti’s famous poem Goblin Market, Laura trades a lock of her hair for goblin fruit, one interpretation being that it is a warning against the temptations of consumerism. In Browning’s poem Porphyria’s Lover, the ‘yellow’ hair of the woman is the source of her demise, in part a warning to Victorians about the dangers of other temptations…

Hair can also reflect a political persuasion…Parliamentarians being nicknamed ’roundheads’ during the English Civil War and female communists favouring a bob hairstyle named the ‘Liberation Hairdo’ in 1950s China.

Many religions have rules and prohibitions regarding hair.

Sub-cultures and musical taste can also be symbolised by a hairstyle. It’s hard to miss beehives, mullets, skinheads and punks. 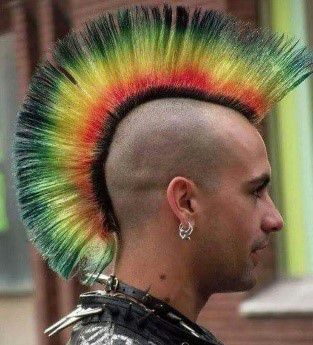 And, like many students when they move into the Sixth Form – hair can be a statement of identity and the image you want to present. So let’s hope it isn’t too long, before you can all let your hair down!

(This one we do know, it dates back to the 17th century, when women were expected to wear their hair up in public. You could only let your hair down for washing and brushing in an informal home environment).

Hopefully many of you have been enjoying the introduction of a number of William Shakespeare plays each month in the BMS Newsletter. Well, things are about to get even more...

Recommended Reads from the English Faculty

Beloved’ (1987) by Toni Morrison Based on a true story, the work examines the destructive legacy of slavery as it chronicles the life of a black woman named Sethe, from her...