During our week of House Assemblies Mr Piper, Head of Sycamore House delivered a fantastic house assembly to our Year 7 to 13 Sycamore students. It was a good balance of...

BMS Staff at the Cutting Edge

A number of BMS staff keep themselves at the cutting edge of educational and curriculum and assessment developments by training to become examiners in their different subjects...

Kindness Thought of the Week – Issue 57

On Friday 4th October Year 12 visited London’s museums and galleries of their choice as part of Enrichment. Our students spent the day absorbing the rich culture on offer...

As part of their Outdoor Activities Unit the Year 10 Sports Studies class spent the day sailing and raft building with the Bury Lake Young Mariners club at Rickmansworth. The unit involves learning about the different types of outdoor activities and then experiencing the many skills and benefits that can be gained from participation in outdoor activities. In the morning the group were given some basic information about sailing and then set to sail on the lake. They showed great enthusiasm and were soon traversing the lake using the skills they had developed. The instructors were really impressed with how quickly the group grasped the steering and sail skills and soon all 6 boats were racing around a figure of 8 course. The afternoon saw the group build and then sail a raft they had put together from barrels, wood and rope. Again the group showed great teamwork, problem solving and communication skills and it was great the group working so well together. It was a fun day enjoyed by all with everyone getting wet in the end. The group now look forward to the BMX biking, mountain biking, surfing, kayaking and rock climbing trips ahead. 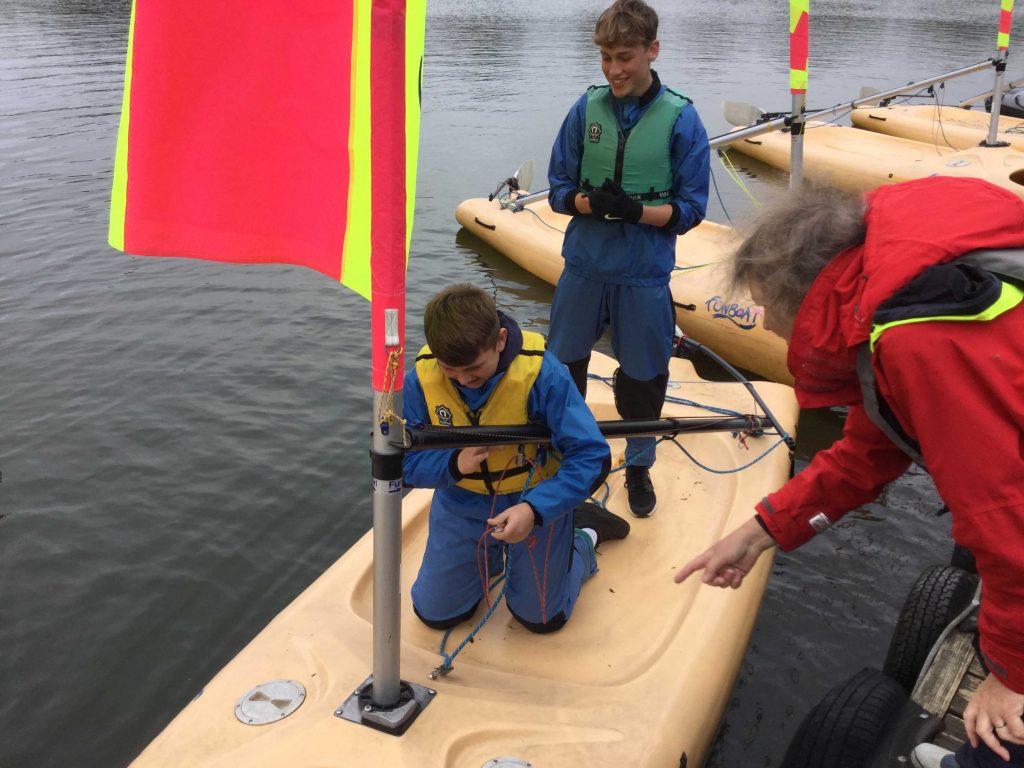 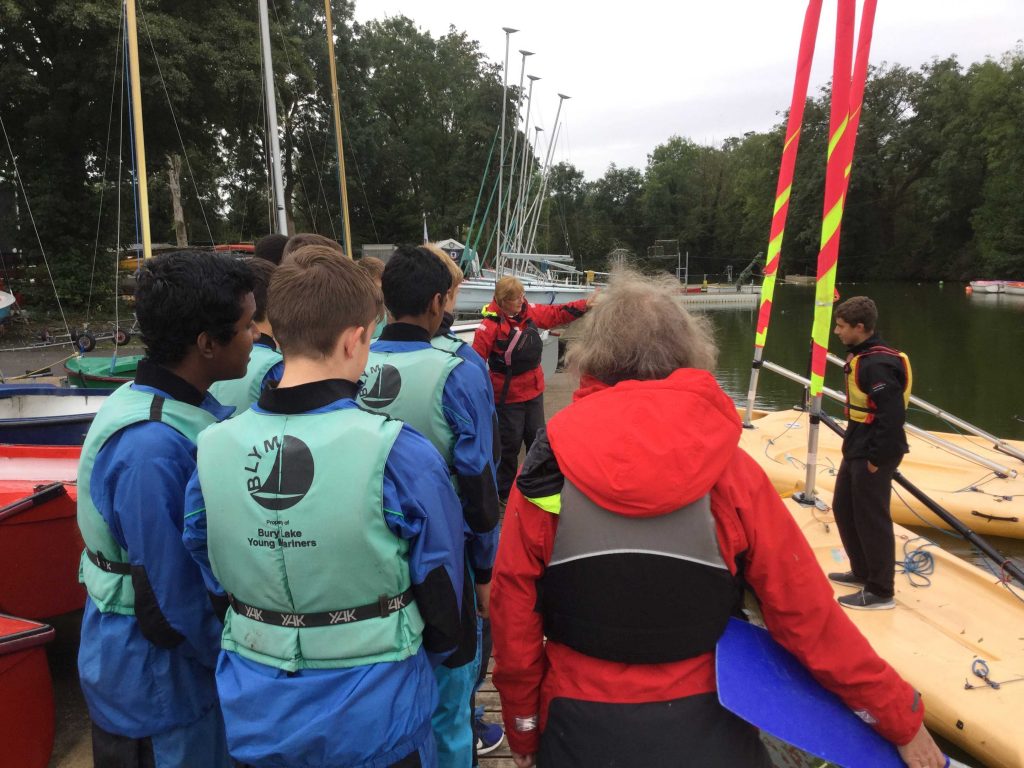 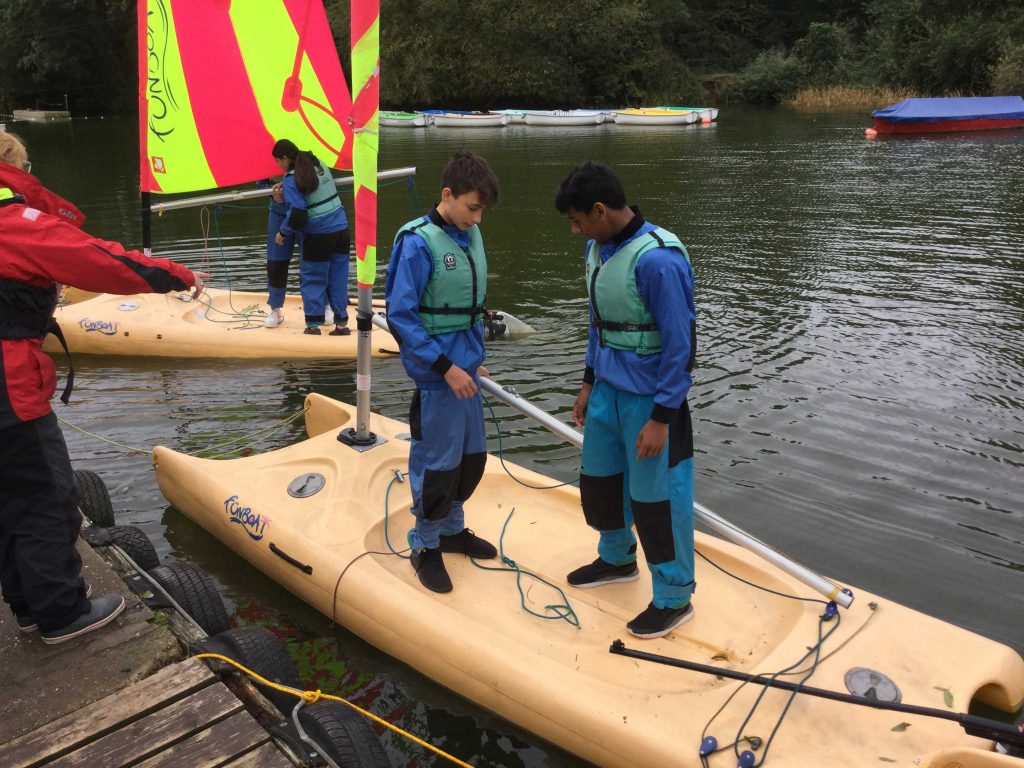 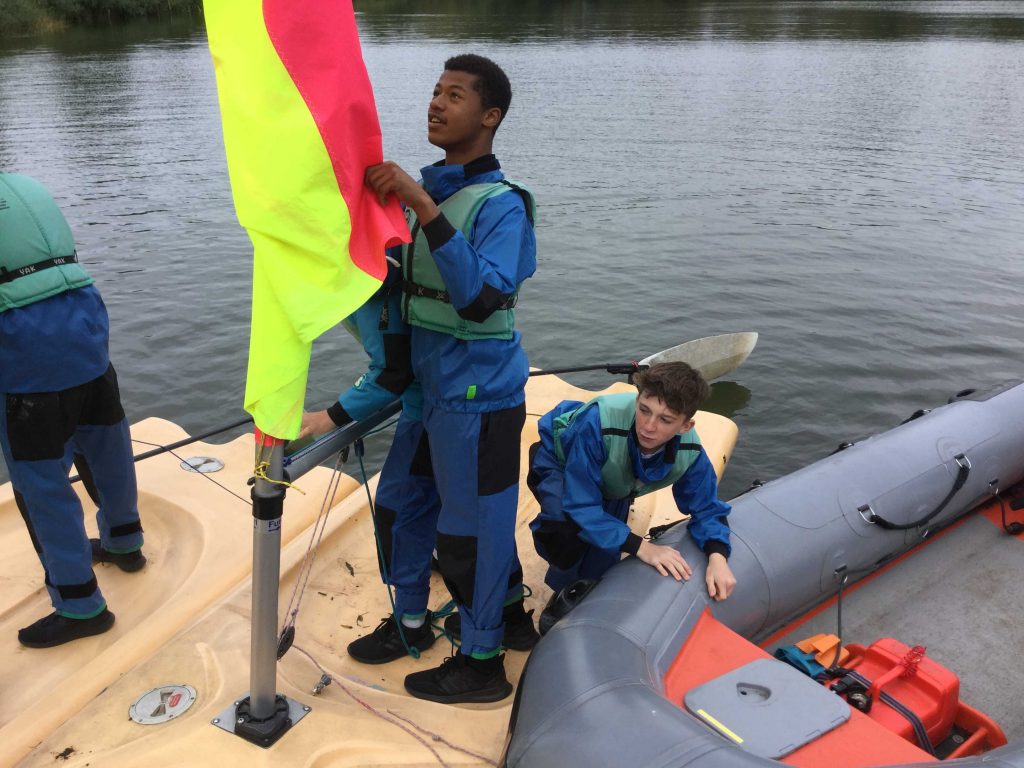 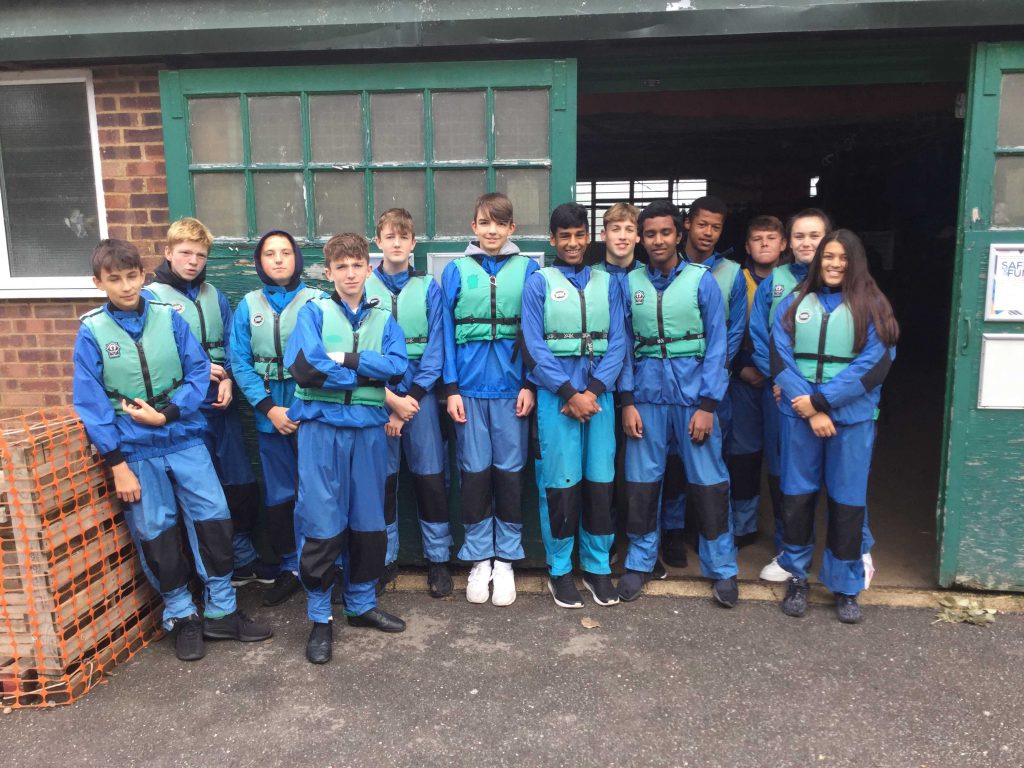 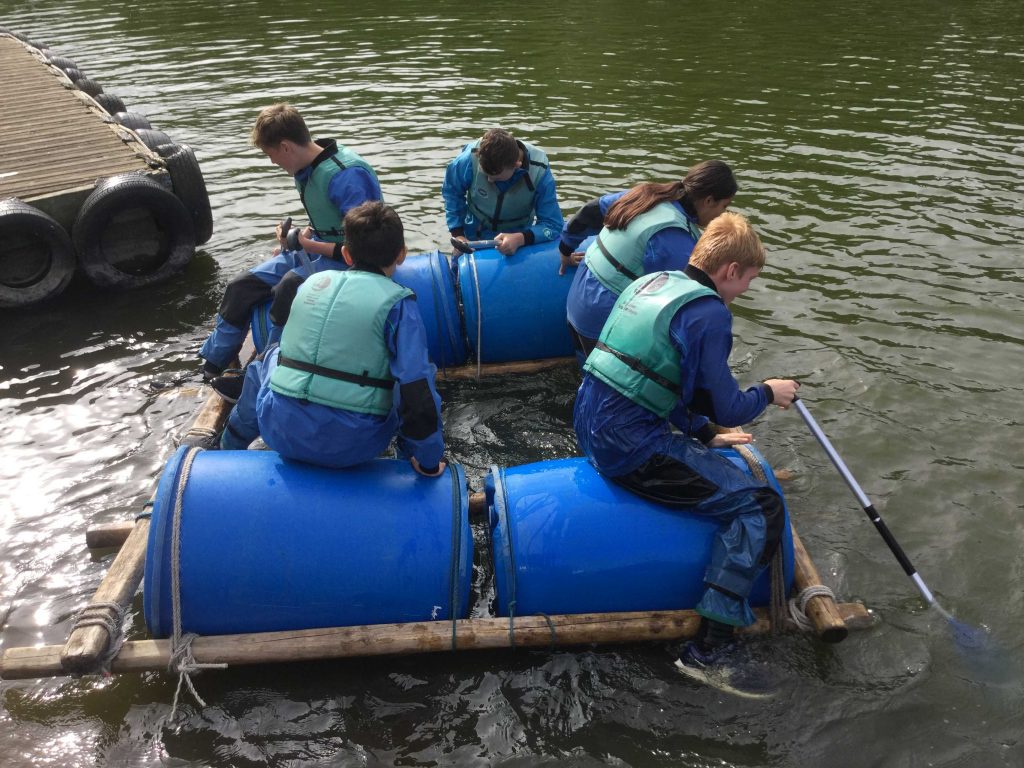 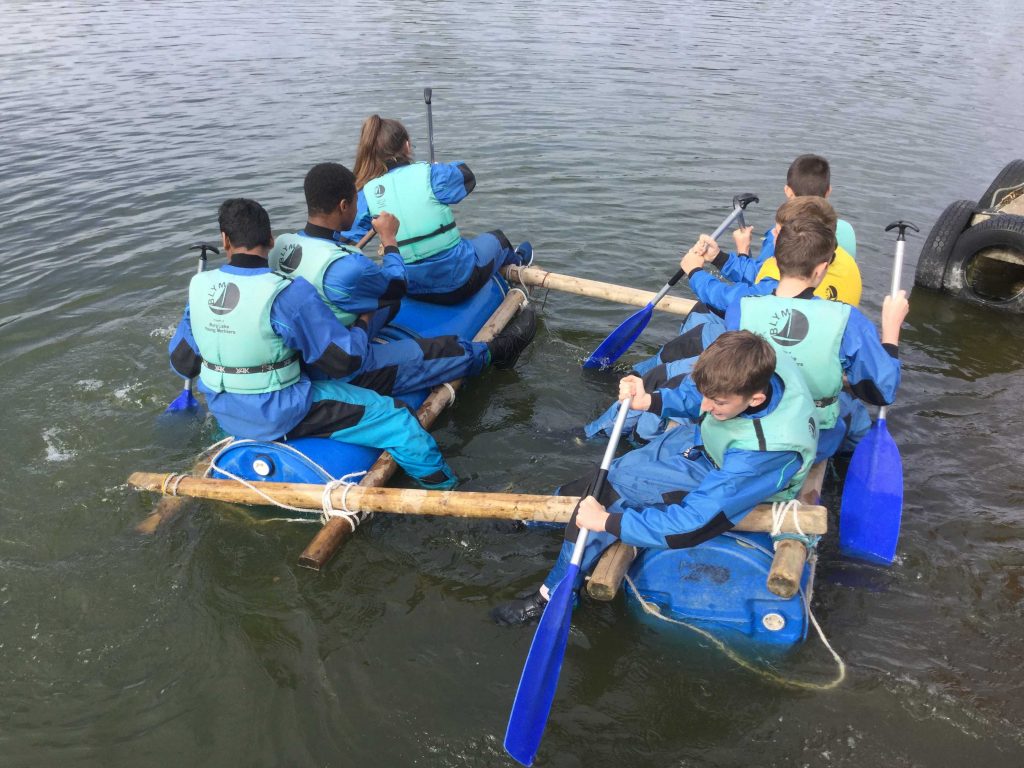 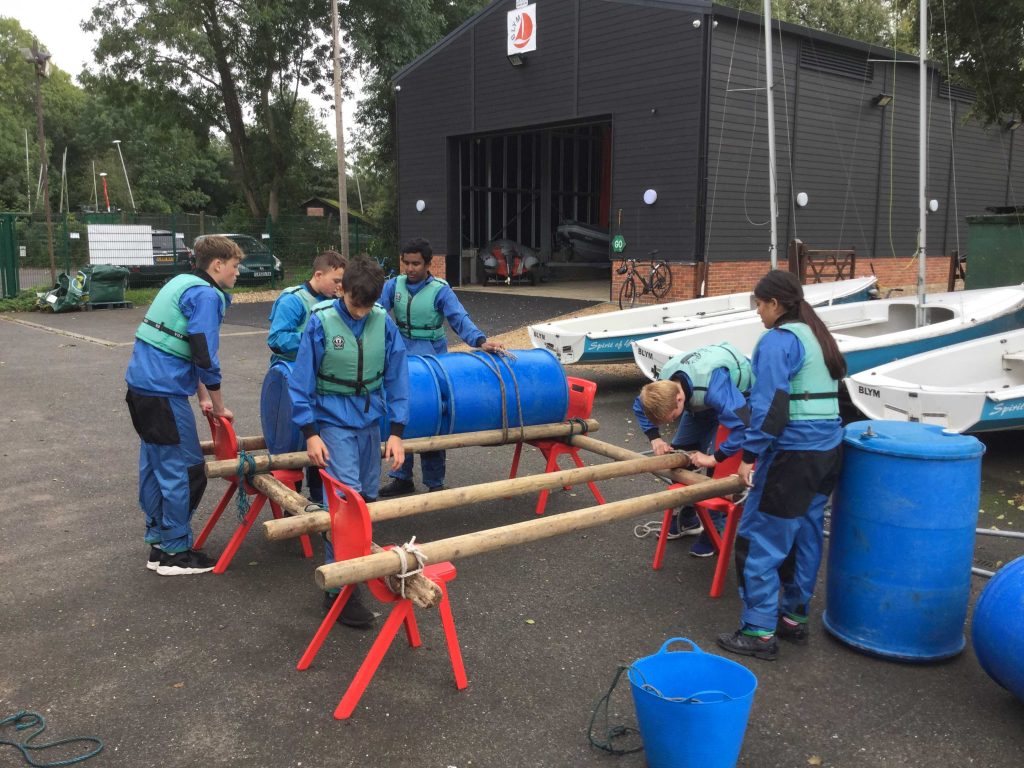 What a brilliant day we all had!  The group had a handball lesson with Mr Piper during period 1 which certainly helped them to wake up, learning an abundance of new skills topped off with a great game.

During period 2 the group had a practical session of anatomy and physiology with Mrs Wright and Mr Piper where they brought some body systems to life by drawing around one another.  This was a terrific opportunity to attempt some flip learning where the group researched the respiratory system before studying it in the upcoming curriculum.

Period 3 was an absolute blast.  The group broke the BMS volleyball rally record reaching 100 passes!  This was celebrated with cheers, hugs and some indescribable celebrations!  The game that followed was intense and fun and one of those moments as a teacher where you are so grateful that you chose the career you did!

It didn’t end there!  We then all jumped on the mini-bus and went for a tour of the Watford FC training dome.  As the icing on the cake we were invited to play for an hour on the astro. We all returned to school, tired, happy and fulfilled!  Mr Piper and I were proud of all the students and can’t wait for the next excursion!

We are pleased to confirm that we have been lucky enough to secure more girls football coaching from Arsenal Ladies.  Despite a change in the areas ALFC now cover, through consultation with Hertsmere council, we have been able to ensure this fantastic opportunity continues for the students at BMS.  Training will take place with coach Junior on Monday evenings from 3.15 – 4.15 on the astro and all girls are welcome.

In addition we will also, for the third consecutive year, be able to provide members of the school community with FREE tickets to ALFC home matches, more details of which will follow shortly.  Thank you to ALFC and Hertsmere council for their continued support with this program.

Comment : The U18 team showed a much improved performance with a spirited comeback before finally being defeated. The boys were more compact defensively and showed a greater goal threat and were rewarded for their endeavour with 4 very well taken goals in the second half.

Comment : Saturday gave the year 7A team a chance to play an opposition from the District premier league. This game was always going to be a tough one for the team however they showed some excellent character throughout the game. The team were unfortunate not to have gone into the break in the lead after creating some excellent chances but were unable to apply the final finish. The second half saw a dominant display from the premier league side, however the scoreline does not reflect the team’s performance. A lot of positives to take away from the game and to implement during their next fixture.

Comment : We travelled away to Rickmansworth on saturday morning where we faced a top division team who were well organised and always looked to use the ball. A strong start saw us take the lead within 25 seconds of the game through a long range effort from F.Carpenter. This positive start carried through the game which saw us score another 3 to see the game out comfortably. The players collectively identified areas for development from the games and are looking forward to actioning on them before our next fixture.

Comment : The year 10 boys suffered another defeat but certainly didn’t deserve to lose by the final scoreline. The boys were punished for some early defensive errors but continued show great spirit and effort throughout the match and were unlucky not to score ⅔ goals themselves.

Comment : Tuesday saw the year 7A team play Bushey academy in their third league game of the season. We started the game well creating some excellent chances to score. However we found ourselves one down after a counter attack from our own corner. Bushey Academy then doubled their lead through a nice passing move and finish. Just before the break we got a goal back to make it 2-1 going into half time. The team started strongly in the second half as the scores were soon level. Through a combination of organised defending and some excellent attacking play the team scored three second half goals to make it 4-2 at the final whistle. An excellent all-round team performance.

Comment : On tuesday we played a well disciplined and organised Croxley Danes team at home. We took a 2-0 lead into half-time where we identified that if we wanted to see the game out successfully, we would have to ensure that we were winning our individual battles. This then, was our target for the second half. Throughout the second half we worked hard to do the simple things well and defended from the front. We were able to attack quickly on the break and could have scored a few goals if it wasn’t for an outstanding performance by the Croxley Danes goalkeeper! Well done to all, the unbeaten league run continues.

Result : Did not qualify for the semi-finals

Comment : The girls played 6 tough matches, particularly against St Clement Danes.  Their best victory was against The Reach Free school where they won 3-1. Although it was a year 10 tournament, we had many year 9’s playing too who did well to battle away against the older girls.  Despite the losses the girls were upbeat and positive at the end of the tournament. It was a pleasure to take them all.

Commended performances : H.Imansoura voted for by the opposition. Special mention also to O.Hansen for some great defensive work in the third quarter.

Comment : This was a tough first game for the B team squad playing against a strong St.Michaels A team. The game was certainly of 2 halves with St.Michaels taking an unassailable lead into half time.  However with a bit of positional reshuffling and continued effort and desire to improve from all the BMSplayers the team played much better in the second half, losing by only 1 goal. A great second half team performance.

Commended performances : R Richards– She demonstrated some strong interceptions against a county netballer.

Comment : The girls battled hard in this league match against tall players!. As the game progressed the players began to intercept passes and were able to slow down their passing. The girls showed resilience as they never gave up and improved during each quarter.

Comment : This was an incredible game with all players giving total commitment and energy. They demonstrated a fantastic team effort and performed well timed interceptions and strong passes. I was very proud of the whole team to keep going to the final whistle. A well deserved win. 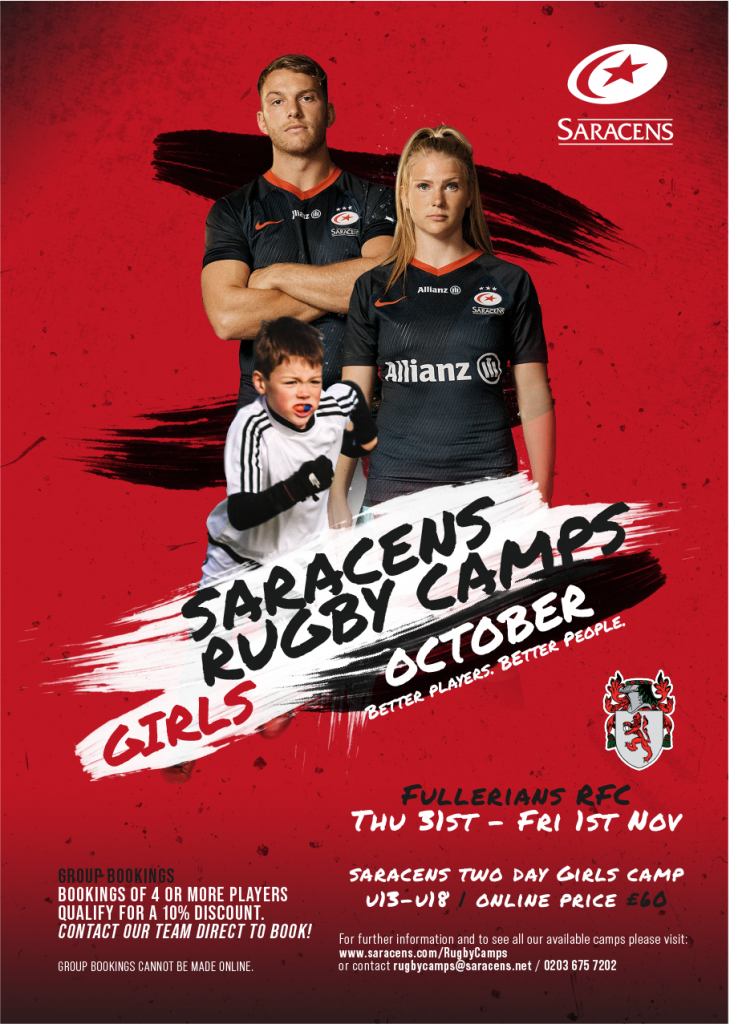 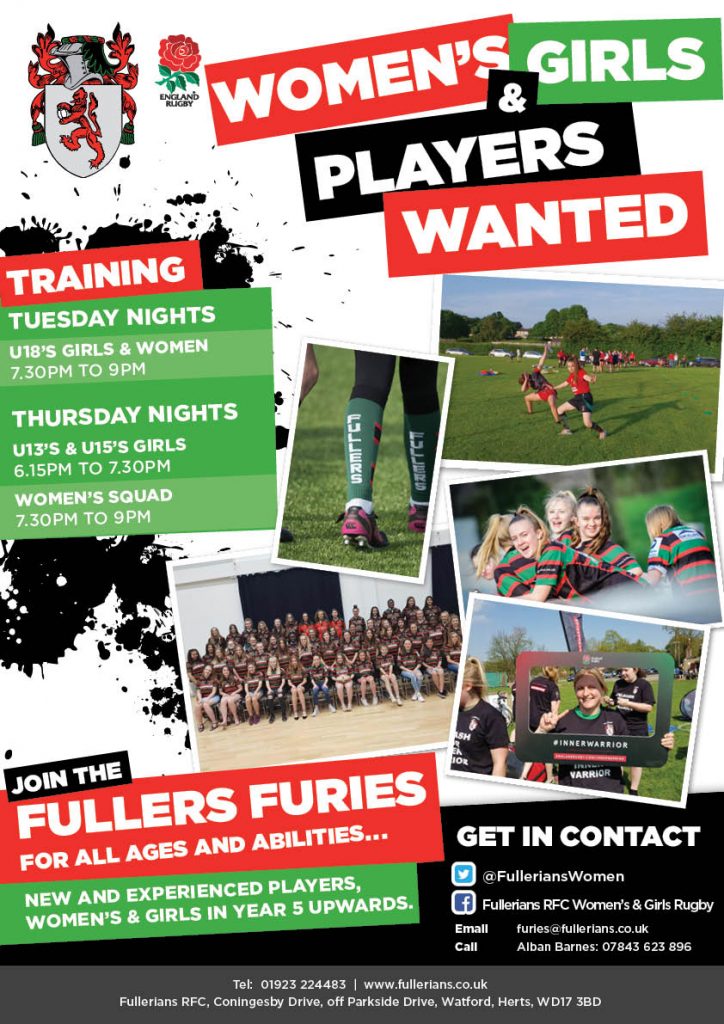