Our specialism shone through with the Year 8 ‘Mission to Mars’ theme for enrichment day last week.Students love the challenges provided across our STEM subjects and enjoyed...

A Fitting Finale to the Mind to Be Kind Enrichment Day

It was a real privilege to sit in on the very special Year 7 Assembly at the end of their ‘Mind to Be Kind’ enrichment day last Friday. Deputy Headteacher Mrs Ash gave an...

NEWS This year we will be changing the rewards system for PE clubs and fixtures. With the requirement being for all students to participate in at least 1 hour of sport and...

Student of the Week – Issue 56

Key Stage 3 Matthew 8 Willow – Matthew has been nominated for his outstanding contributions to the school community in his student leadership role of BMS Buddy.  The...

A Great Start to the BMS Journey!

It has been really encouraging to see how well our new Year 7 students have settled into life at Bushey Meads. They have truly embraced the culture and ethos at the school and are...

Sarah Dunsby
Geography field trip to Leeson House
Posted on 10th October 2019 by Sarah Dunsby
As part of the new specification students must partake in geographical fieldwork. Owen Thomas in 11Ash explains what we got up to on the trip this year. 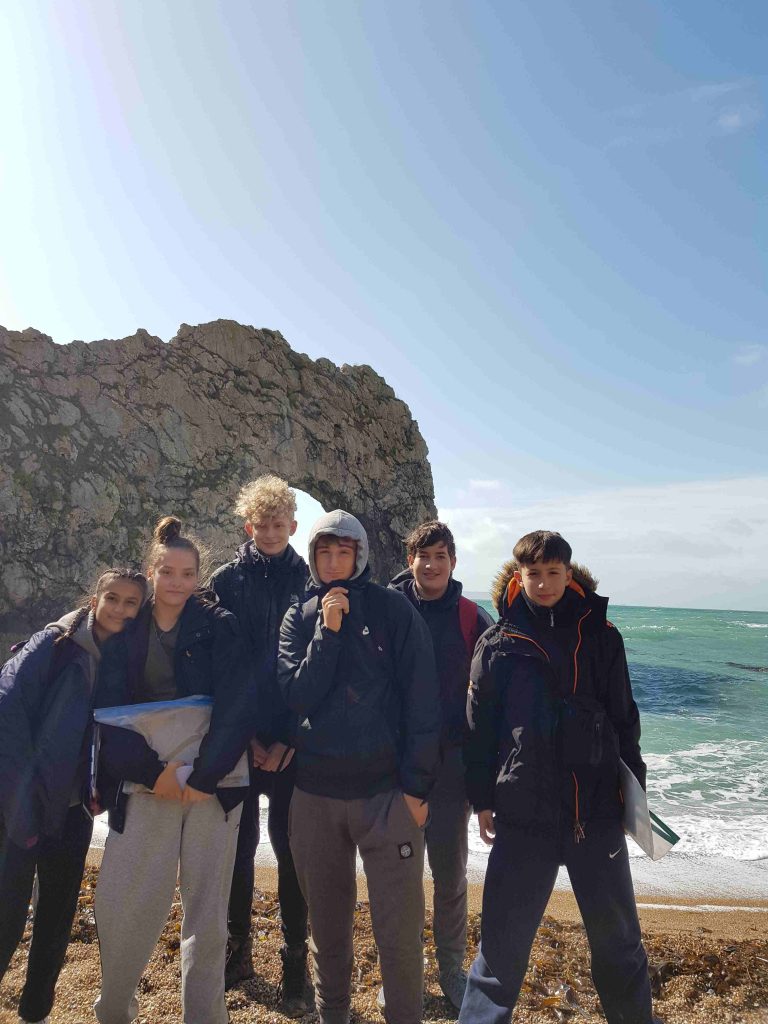 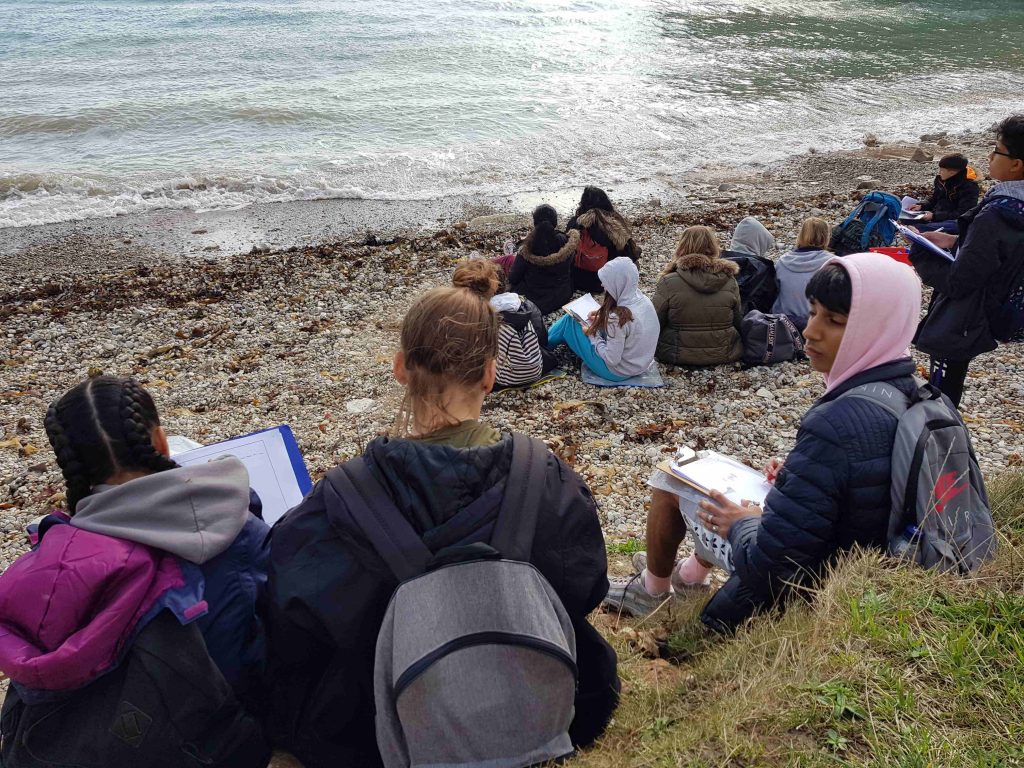 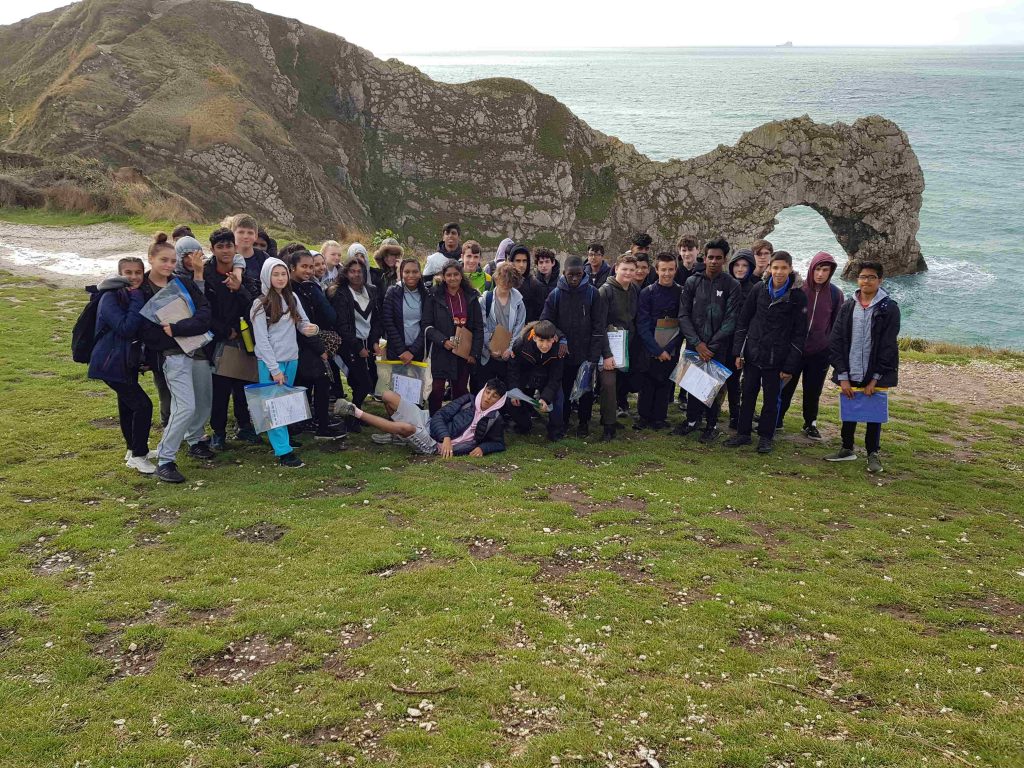 On Monday 30th September, we all arrived at Bushey Meads very early and left at 07:30. We had a nice coach ride down and arrived at around 11:00. After we arrived, we put our bags into the games room and we had a lesson. The lesson was preparing us for our trip that we were going to go on. After the lesson, we had lunch and then we went to Studland Bay. When we arrived, the weather was quite cloudy. We did our first field work where we had to measure the distance of 10m between two poles and investigate. We did this on sand dunes. First, we measured the wind speed at each point and then we would check the ground temperature. We then measured the angle from one pole to another using a clinometer. We also measured how many types of plants there were using a quadrat. It was a very enjoyable experiment. 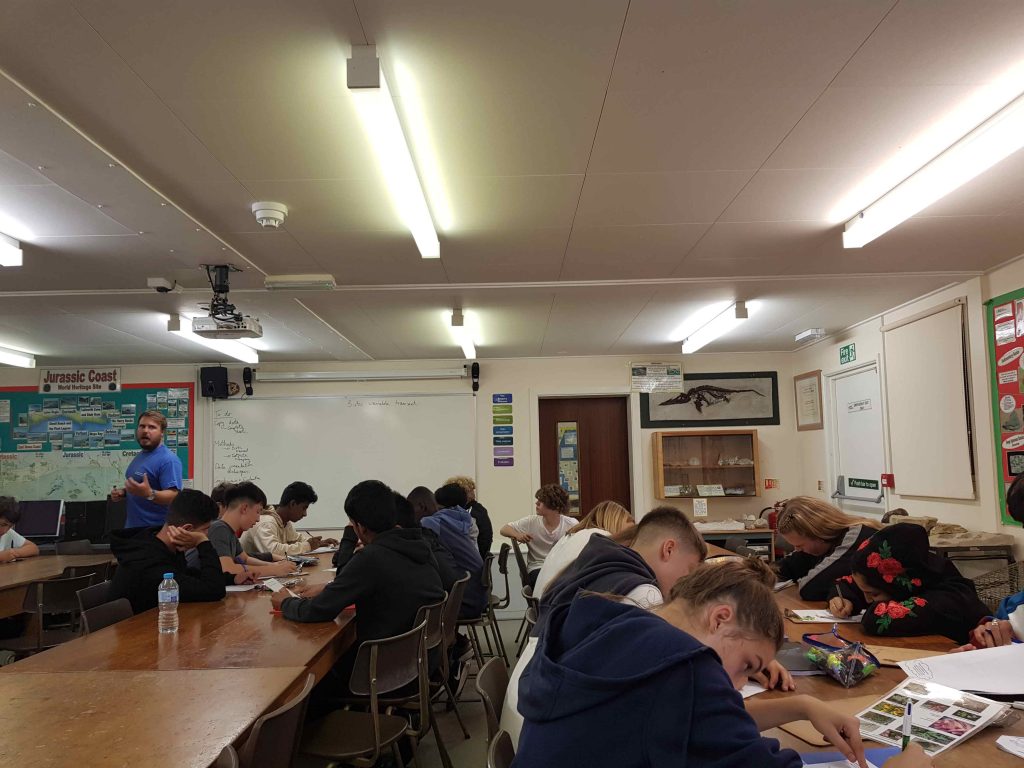 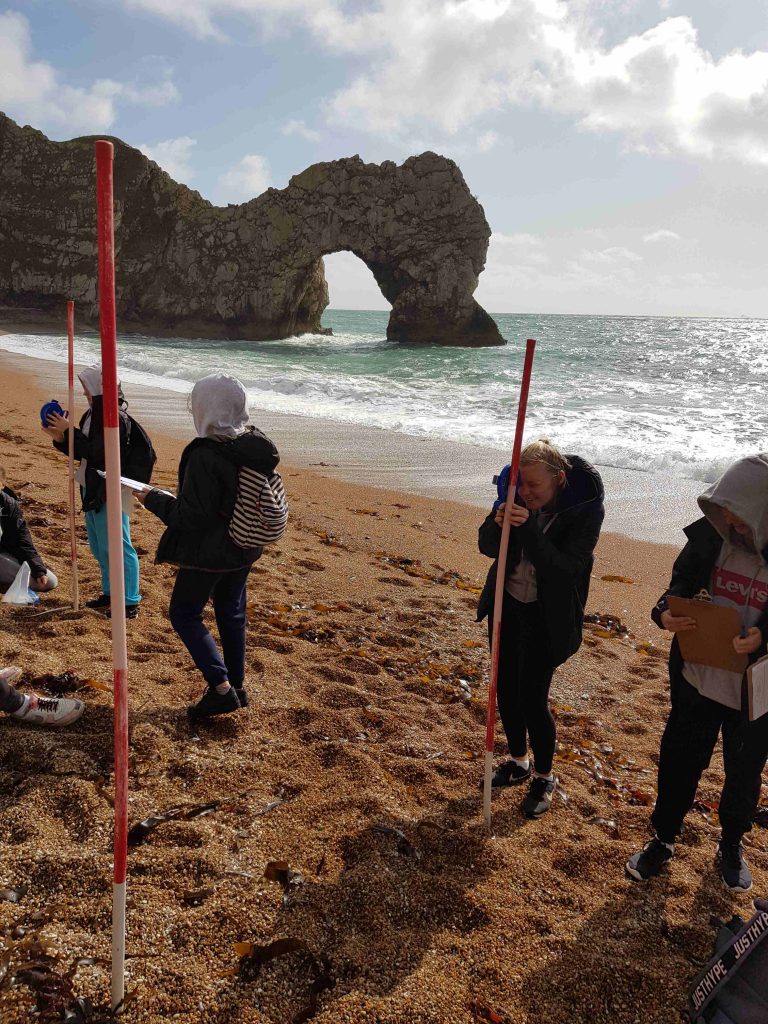 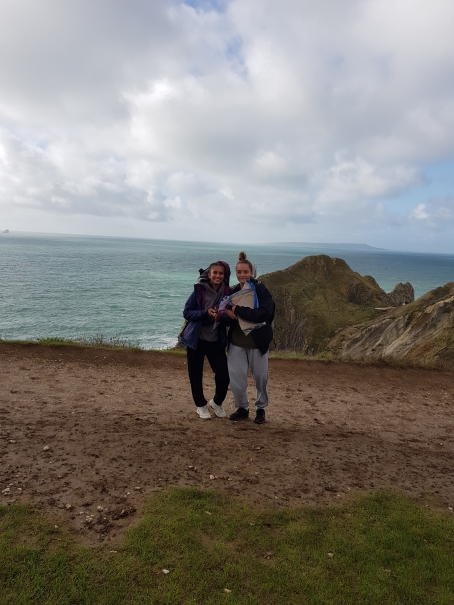 After, we measured the height and width of the paths 550m, 250m and 50m away from the car park. This told us how trampling affects the width of the sand dune. We found out that the closer you were to the car park, the wider the path was because more people walk closer to the car park. Afterwards, we headed back to the hotel. We all went to our rooms and then had dinner. After dinner we had a lesson to summarize what we did that day. We also looked at the limitations and methodology to the field work that we did. We then had a well deserved rest and then we went to bed. 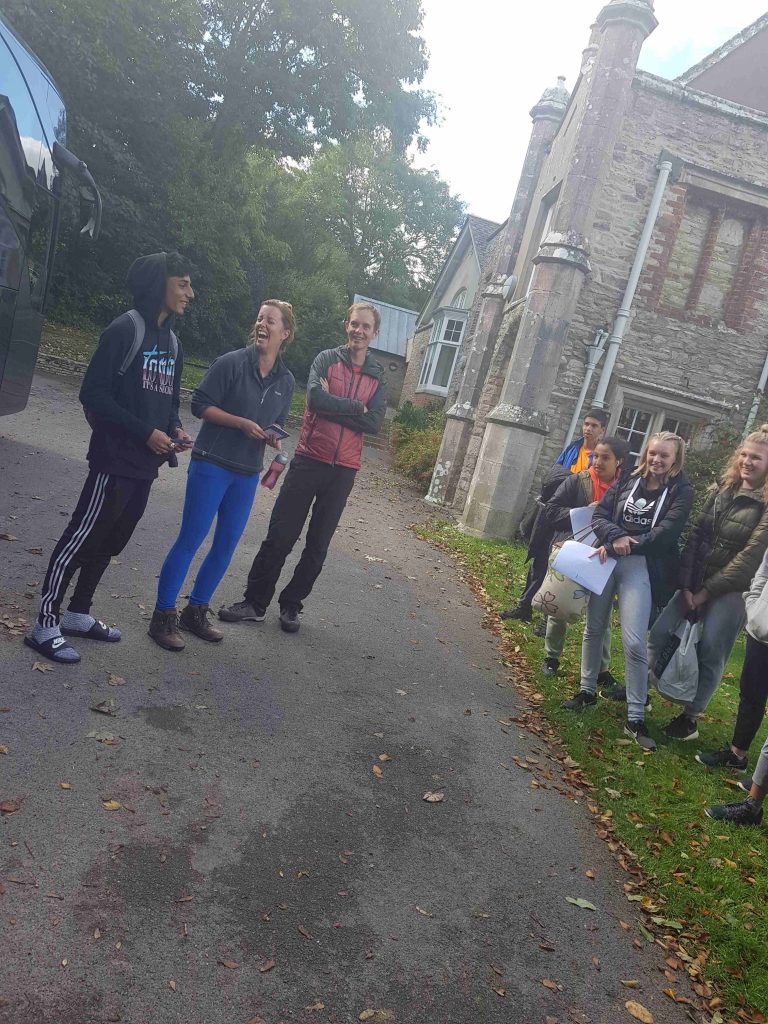 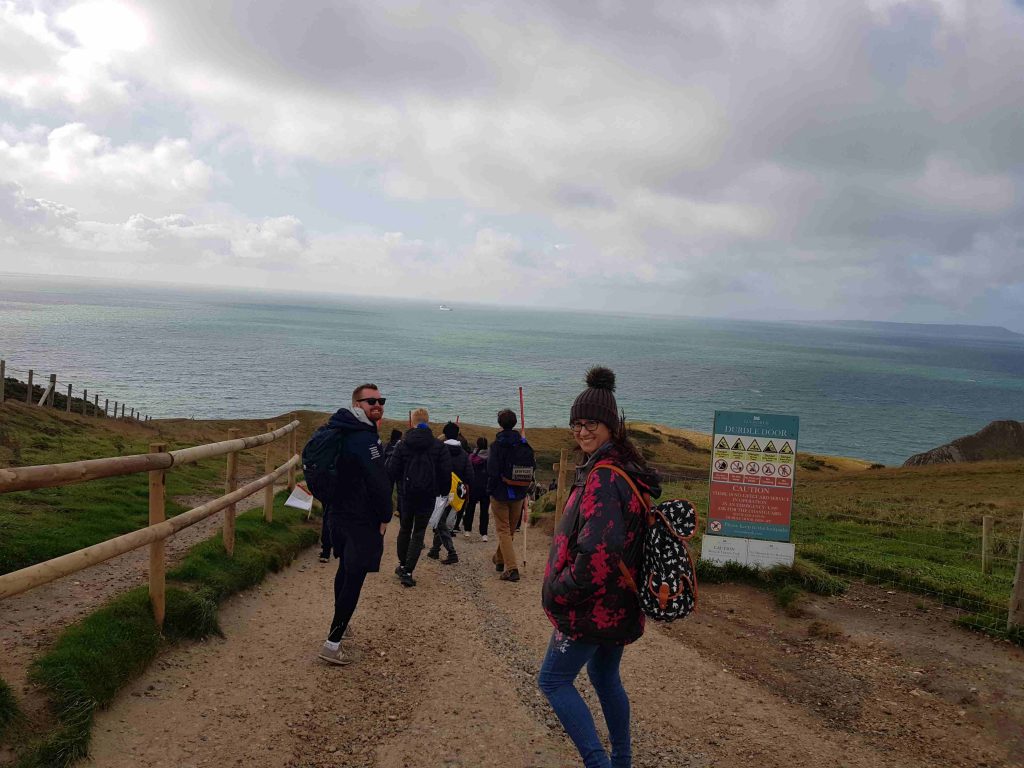 On Tuesday, we woke up and had breakfast at 08:15. We had our morning lesson and then we went to one of the most iconic places in the Jurassic Coast. We went to Durdle Door. When we were there, we looked at two different beaches. First, we went to Durdle Door and we had to check to see how many waves there were per minute. If there were under 8 waves per minute then it would be constructive however, if there were over 9 waves per minute that would mean that they are destructive waves. We then checked to see the rocks. We put a handful of rocks on the back of our clipboard and then kept the 10 closest to the centre of the clipboard. We had to measure it using a calliper. After, we had lunch then did the same experiments on a nearby beach called Man o War. After that, we walked up and down the cliff to get to Lulworth Cove. We then had some free time and after we went back to the hotel. We had a break before dinner then had our evening lesson. We then went to bed after a long day. 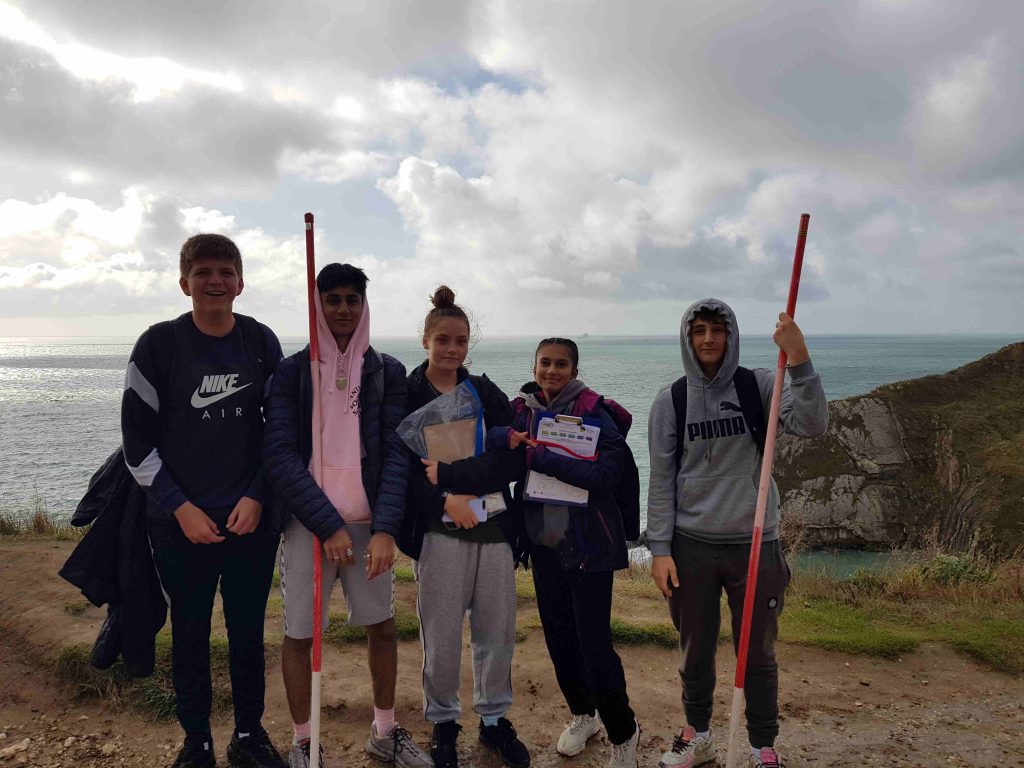 On Wednesday, we went to Swanage Bay for the morning. We measured the height of the groynes on the beach using a meter stick. We did this experiment to see how groynes separate the north and south side of it. We also measured the width of the beach from where the tide was to the end of the beach. After, we drew a sketch of Swanage Bay and had some free time. We then went back to the Hotel and then onto Bushey Meads.

I really enjoyed the trip. It was much better than what I expected, the field work was very fun and we visited some lovely places.

The trip would not have been possible without the help of the staff at Leeson House, our staff and the pupils who were incredibly behaved and enthusiastic the whole trip, despite the rain.

It was great to see the hall full of year 11 students, parents and carers this week for the Raising Achievement Evening on Tuesday 13th March. Students received a pack full of...

On Sunday November 4th I was privileged to travel with two of our Year 7 students – Anya and Luke to Belgium and France as part of the government sponsored First World War...