During our week of House Assemblies Mr Piper, Head of Sycamore House delivered a fantastic house assembly to our Year 7 to 13 Sycamore students. It was a good balance of...

BMS Staff at the Cutting Edge

A number of BMS staff keep themselves at the cutting edge of educational and curriculum and assessment developments by training to become examiners in their different subjects...

Kindness Thought of the Week – Issue 57

On Friday 4th October Year 12 visited London’s museums and galleries of their choice as part of Enrichment. Our students spent the day absorbing the rich culture on offer...

Our specialism shone through with the Year 8 ‘Mission to Mars’ theme for enrichment day last week.Students love the challenges provided across our STEM subjects and enjoyed...

On Enrichment Day, our Spanish class went on a trip to a Spanish school,  Instituto Español Vicente Cañada Blanch, on Portobello Road. We had to be at Bushey Station by 9am, ready to take the 9:20am overground train to Kensal Green Station. When we got there, we walked around the area, passing lots of little stalls on the road, and also popping into a few Spanish shops. In the Spanish supermarket, there were so many Spanish foods that we had never seen before in Tesco or Sainsbury!

Upon arriving at the school, we were greeted by such friendly students and teachers. The first thing we did was to listen to a presentation by the students about their school. They explained how the Spanish school system works, and it is quite different to ours! We were then taken on a tour of the school by two students, who explained the school’s history to us as it used to be a monastery! 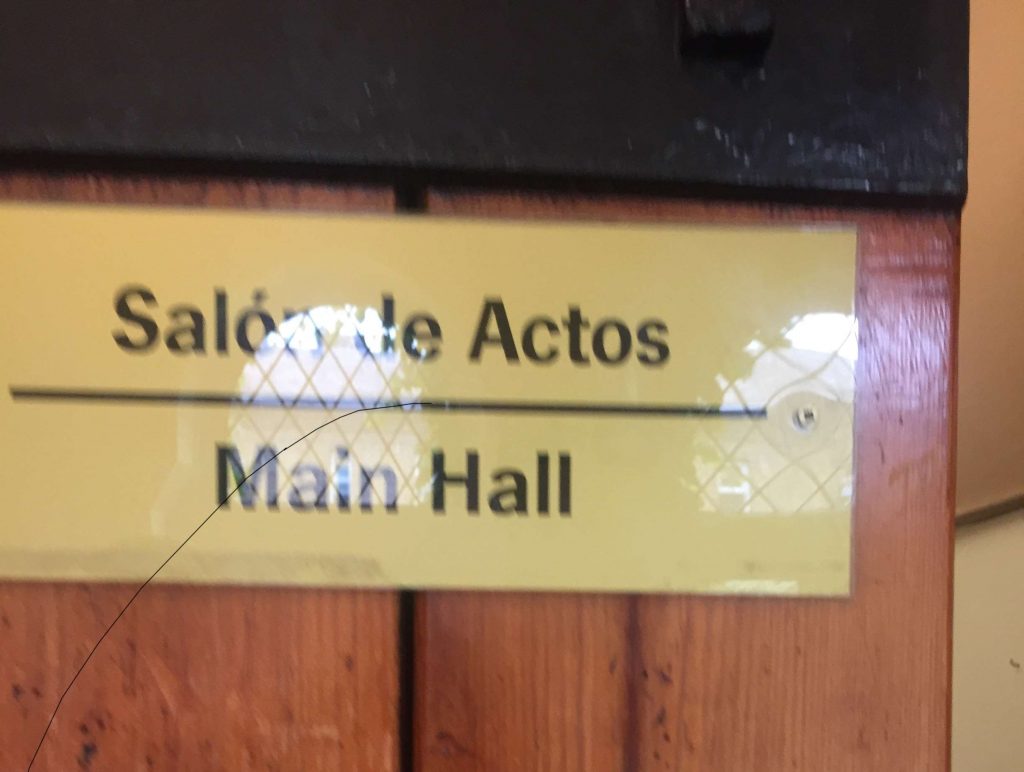 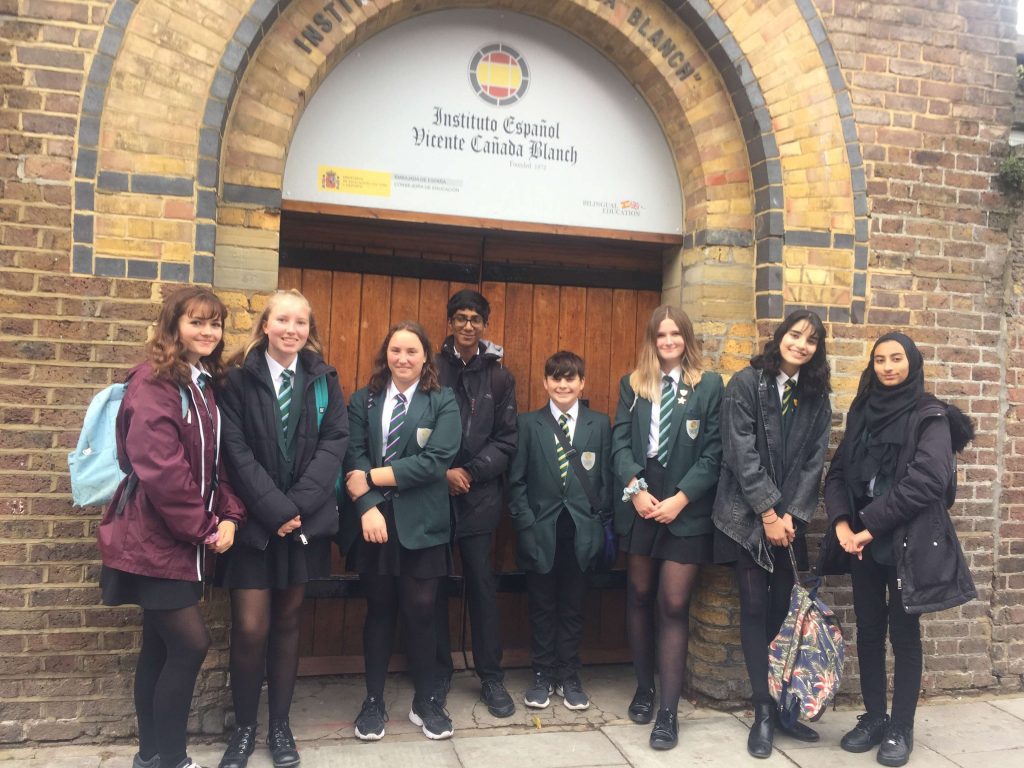 One of the biggest differences was that Spanish students call their teachers by their first names (even the classrooms had their first name on…not their surname!) and the teachers were allowed to wear jeans! Whilst on the tour, we saw the school’s vegetable patch, where all kinds of vegetables were being grown, from courgettes to tomatoes, from peppers to potatoes! When the tour ended, we went to two lessons, the first being technology where the focus was structures. 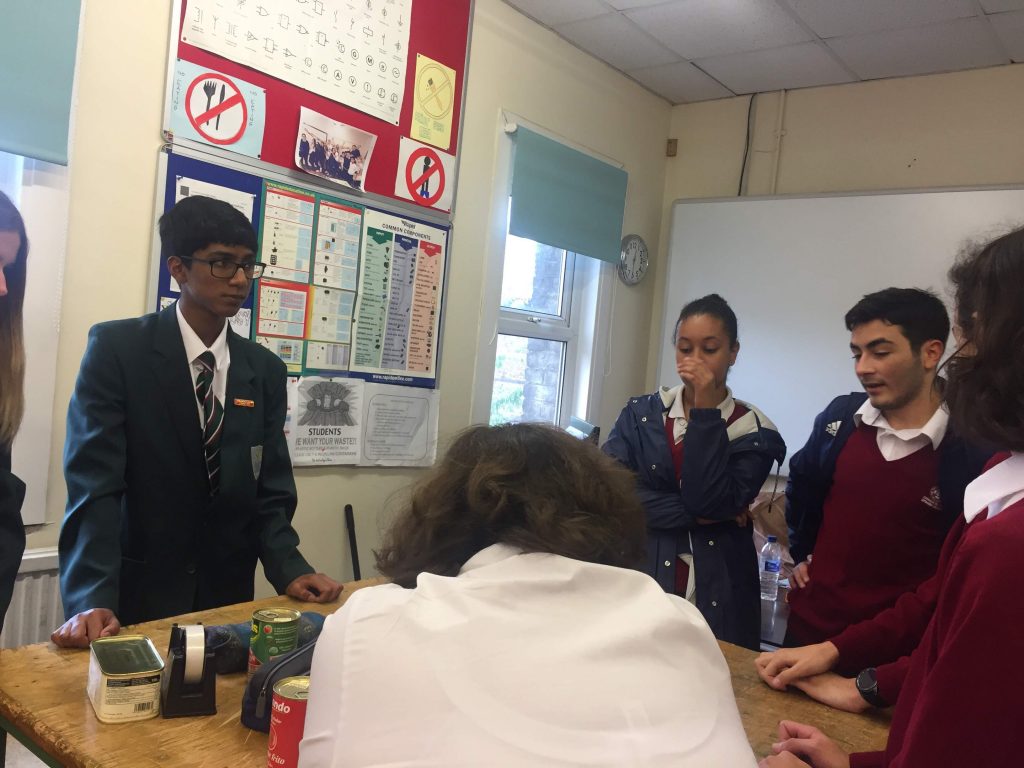 We worked together with the Spanish students in small groups, and tested the structure of model bridges by loading them with heavy objects. One bridge was so strong it even managed to survive someone sitting on it! 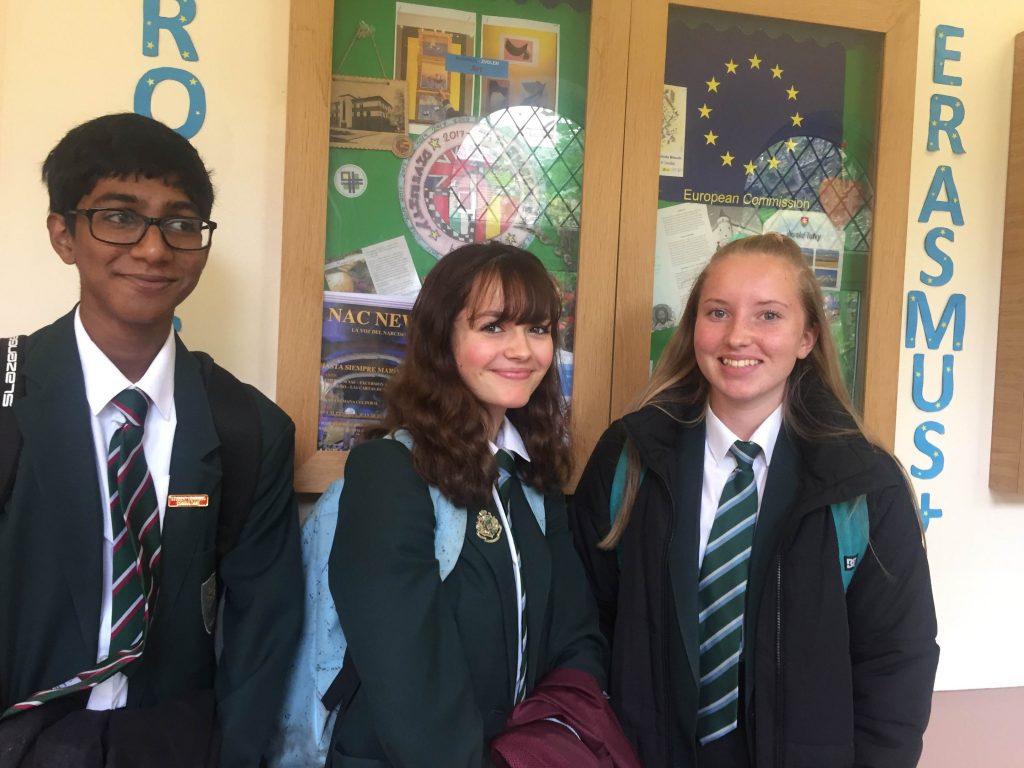 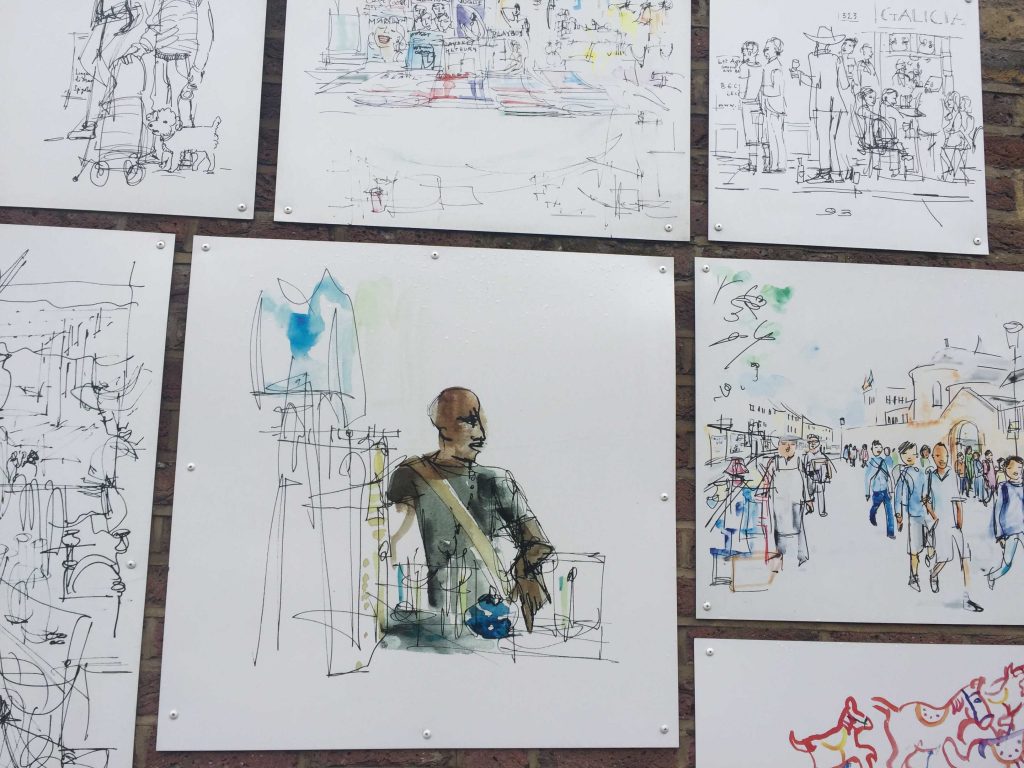 The next lesson was a combination of Geography and History. After introducing ourselves individually in Spanish, we learnt about the colonization of Latin America in the History part of the lesson and then in the Geography part the teacher asked us to label the South American countries on an old map.

The school lunch was delicious and consisted of a Spanish soup, fish and a dessert. Lunch lasted for about half an hour and once everyone had finished, we exchanged contact details with some students then headed back to Bushey. We look forward to welcoming Instituto Español Vicente Cañada Blanch’s students back to Bushey Meads.

Thank you Señora Charles and Señora Palenzuela for organizing such a wonderful trip!
By Isaac Nesbeth and Simran Sharma Year 10

We were absolutely delighted last week to welcome a number of organisations into Bushey Meads to work with our year 9 students introducing them to future possible careers in...

Amazing Creations in Science and French

It was inspiring to stand on duty and welcome students to the school on Wednesday morning this week and see the amazing home learning creations that had been made by some of our...