NEWS The final half term of the Autumn/Spring sports extra-curricular programme has begun with a very busy couple of days. On Wednesday 26th February the Year 7,10 and Senior...

As February draws to a close the Heads of House are preparing themselves for the House Quiz / Countdown event which will be held on the 19th March 2020 from  3:30pm to 4:30pm....

Going the extra mile in the Bushey Community

Going to the Bushey Care Home! On the 12th of February, Mr Varsani, Ms Speker and we, the Community Leaders, took a trip to the local Bushey Care Home to spend time with the...

The final half term of the Autumn/Spring sports extra-curricular programme has begun with a very busy couple of days. On Wednesday 26th February the Year 7,10 and Senior basketball teams were in action with the Year 9 netball team in action in the District Tournament. Thursday 27th will see the Senior Boys complete their County League basketball matches for the season and the Under 15 Girls football team play a friendly match. This is the start of another very busy half term which also includes the annual Health Week. This will include all KS3 and KS4 students completing the annual fitness and weather permitting the annual charity Fun Run for Sport Relief. In addition the annual KS3 Health week masterchef competition will take place on Thursday 12th March – full details from the PE staff.

A reminder full details of the weekly extra-curricular programme can be found on the school website in the Calendar section or speak to any member of the PE team.

Comment: A very tough game against a well prepared and drilled team. Going behind early in the game led to a chase throughout the rest of the time and despite closing the gap, there was just not enough time to catch the opposition. Ideally the team will rebound with more consistency in the next game.

Comment: The Year 10 basketball team were rewarded for their commitment and effort with a fully deserved 30-19 victory in their final league match of the season. The boys worked extremely hard on defence throughout the game with all boys making a really positive contribution. On offence some excellent play around the basket by Cian, Alfie and Matt K saw the boys finally convert their possession into baskets. The boys can be really proud of their efforts and the spirit in the team has been excellent throughout the season. 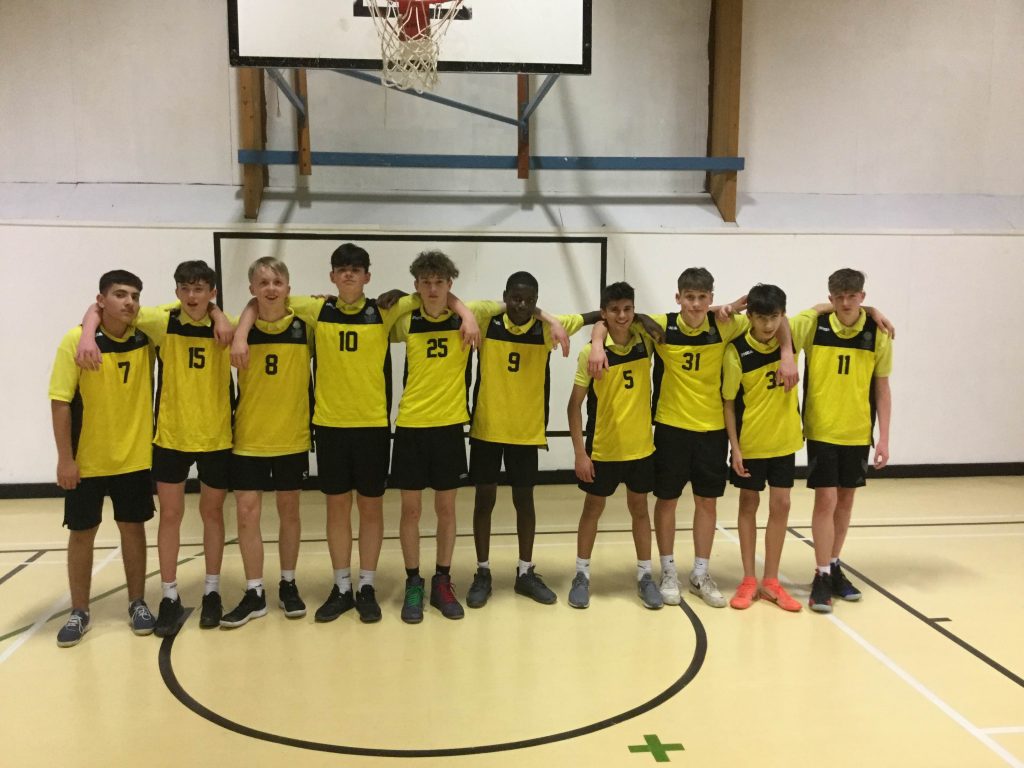 Comment: Wednesday saw the year 7 basketball team play their final game of the season away at Rickmansworth school. The first two quarters of the game started off very slowly as both teams missed simple chances to score. However the final two quarters the game came to life with both teams producing some excellent performances to increase their respective scores. Overall a very good first season for all involved with the team.

Commended performances:  E. Hauff for scoring loads of goals.  You would not have known that she was 2 years younger than the rest of the team.  Brilliant performance!

Comment:  We were 2 vital players short before leaving for the tournament due to poor health.  Luckily one of our year 7’s E. Hauff agreed to play at the last minute.  The entire team made her feel welcome and she fitted in like a glove!  The first 5 minutes of the first game looked like a nervous start but we grew in confidence and managed a narrow win against The Reach Free school in our first match.  We were beaten by Queens and Westfields but secured a great win against Francis Combe to get us into the semi-finals on goal difference.  At that point we lost another player due to a prior commitment.  We battled hard and lost to Rickmansworth in the semi’s.  ALL of the girls played brilliantly and what a great way to end the season.  Super proud of them all!

This week marks the annual PE and Health Faculty Health week where we raise awareness about all aspects of the physical, emotional and social health of the BMS community. It has...