On 26th April, 20 students from across Year 8 had the opportunity to watch the live broadcast of the Royal Shakespeare Company’s production of Macbeth. Bushey Meads School was one...

Student of the Week – Issue 11

Key Stage 3 Thao – 7 Beech. This week’s KS3 student of the week is Thao for being an excellent student!  Thao is a polite, helpful and hardworking young man who has built...

It was impressive to watch one of our talented Year 12 Economics A level students Leon work with the Year 11 Economics GCSE class on Friday morning last week. His in-depth...

The first Study Saturday of 2018 saw an impressive start to the final countdown to the all important forthcoming GCSE and A level examinations. A number of Sixth Form students who...

Last week our inspirational Senior Assistant Headteacher Mr Fisher reminded students about the unique opportunities that as a school we give throughout the year on our highly...

For any students in Years 7 – 10 who love running, the Spire Bushey 10k and 5k races are taking place on Sunday 1st July at 10.00 am. BMS students can form groups or enter...

One of the benefits of being part of a larger organisation than just stand alone school is the access to high quality leadership development opportunities that we have across and...

On Sunday evening the Main Hall at Bushey Meads School was packed with adoring George Michael fans, as well as many students, parents, teachers, Governors and Trustees all there...

Three students from Bushey Meads travelled to Buckmore Kart Circuit in Kent on Saturday 21st April for the regional final of the British Schools Karting Championship. On a hot...

On 26th April, 20 students from across Year 8 had the opportunity to watch the live broadcast of the Royal Shakespeare Company’s production of Macbeth.

Bushey Meads School was one of several hundred across the country, including the Scilly Isles, who participated in the broadcast which was recorded live earlier in the year and starred Christopher Ecclestone and Niamh Cusack.

It was an exciting opportunity and the students, seen below, were enthralled by the unravelling tragedy of Shakespeare’s famous Scottish play in this dark and contemporary production by the world’s most famous company of Shakespearean artists.

This is the second time Bushey Meads School has been part of the broadcast, following last year’s production of The Tempest. We look forward to future streams from the Royal Shakespeare Company later in the year. 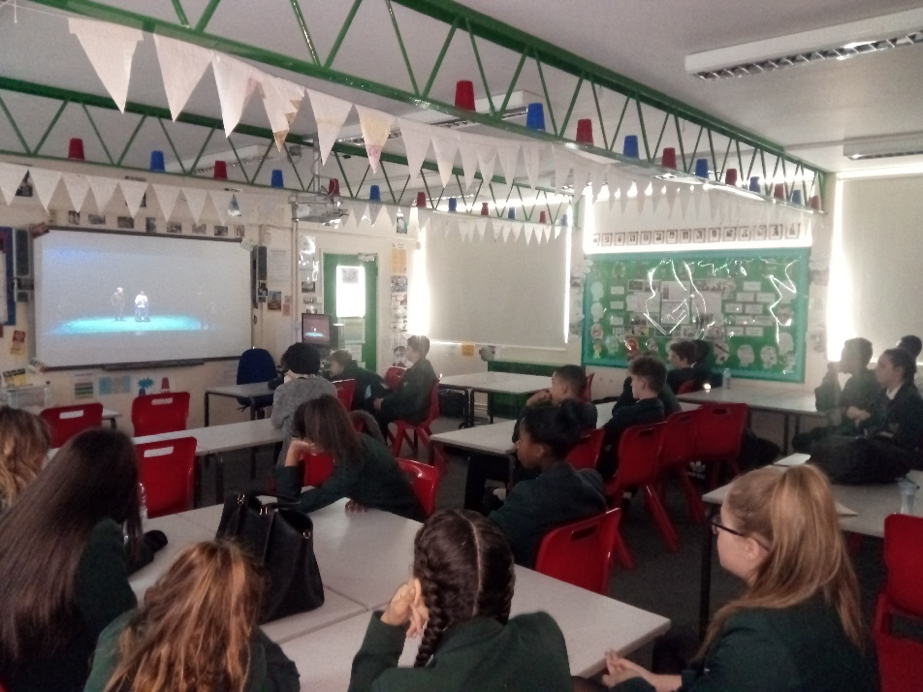 On Wednesday morning we launched the Curiously More Able Initiative (CMAI) with 60 students from cohort one.  Students completed a practical circle time activity that touched on...

Posted on 13th May 2018 by Lauren Wright
Marking and Feedback

Excellent Marking and Feedback in English at BMS

It was great to walk through a real variety of superb English lessons earlier this week and see how well all teachers were enabling students to capture the detailed verbal...