NEWS County Representation Last week we received the fantastic news that Max M in Year 9 had been selected for the Hertfordshire County U14 football squad. Over the last few weeks...

Maple House has a new Head of House – Miss Buck and she led a great House Assembly on Friday last week linking the two recent key themes of Equality and Diversity and...

Our outstanding Lead Practitioner for English Ms Bowe led our Main School Assemblies this week and also provided some excellent resources for our Character Development Coaches to...

Some excellent interactive sessions taking place with KS4/KS5 business students this term with Mrs Kinghorn. Students are working with Ms Lewis and Miss Bedford to display...

100% Attendance for the Year

At Bushey Meads School we recognise that one of the most important keys to success is an outstanding attendance record. Each year we aim to achieve a minimum school attendance...

Scientist of the Week – Issue 24

There are many smart strategies to encourage students to make great progress. One such strategy that encourages discussion and sharing of ideas is the simple but effective...

In year 8 textiles, Bushey Meads students research a chosen client and they create a sensory activity mat especially for them! Some of our students have selected to make their...

Our attitude and behaviour can really affect our learning and at the start of the week one of our top teachers and Advanced Skills Leaders Ms Knowles shared some superb tips to...

Last week we received the fantastic news that Max M in Year 9 had been selected for the Hertfordshire County U14 football squad. Over the last few weeks Max has been a regular in the Watford District team scoring 5 times in the District representative games. Max was rewarded for his performances by being selected for the county squad and on Saturday 13th October made his debut against Berkshire in a comprehensive 7-2 win for the Hertfordshire team. Max scored one and had an assist in another goal during the game. At the weekends Max plays for Watford Youth, in the Red Division of Watford Friendly League. Last year he was joint top scorer in the league. Max is also part of the Year 9 school team who last year won the District Division 1 Final. Max is really striving to be the best he can be and we look forward to following Max’s performances in the County fixtures coming up. 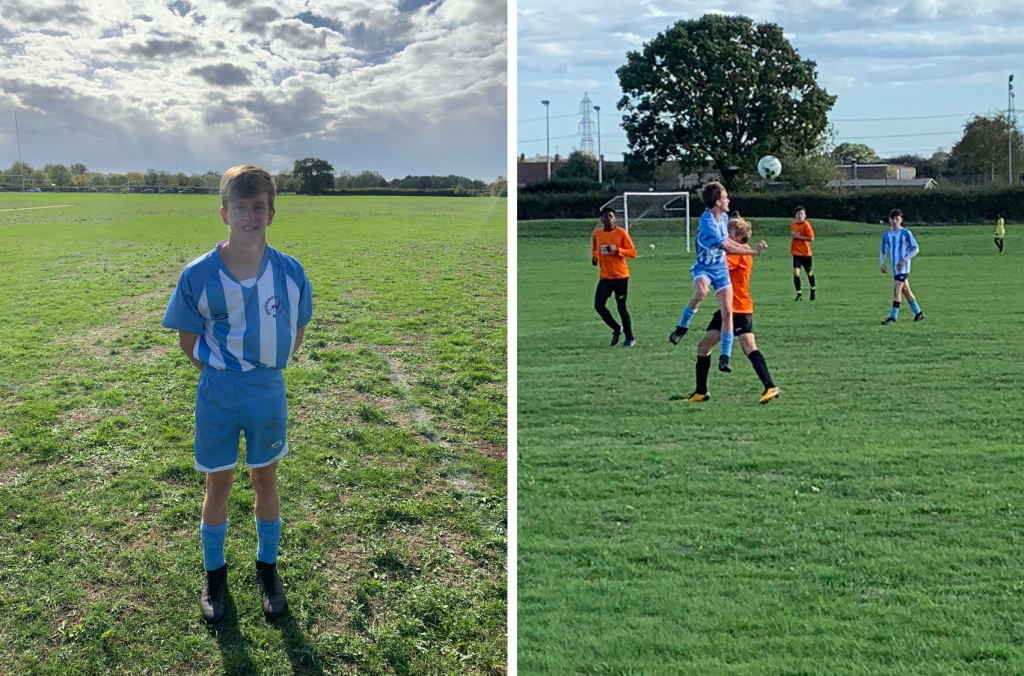 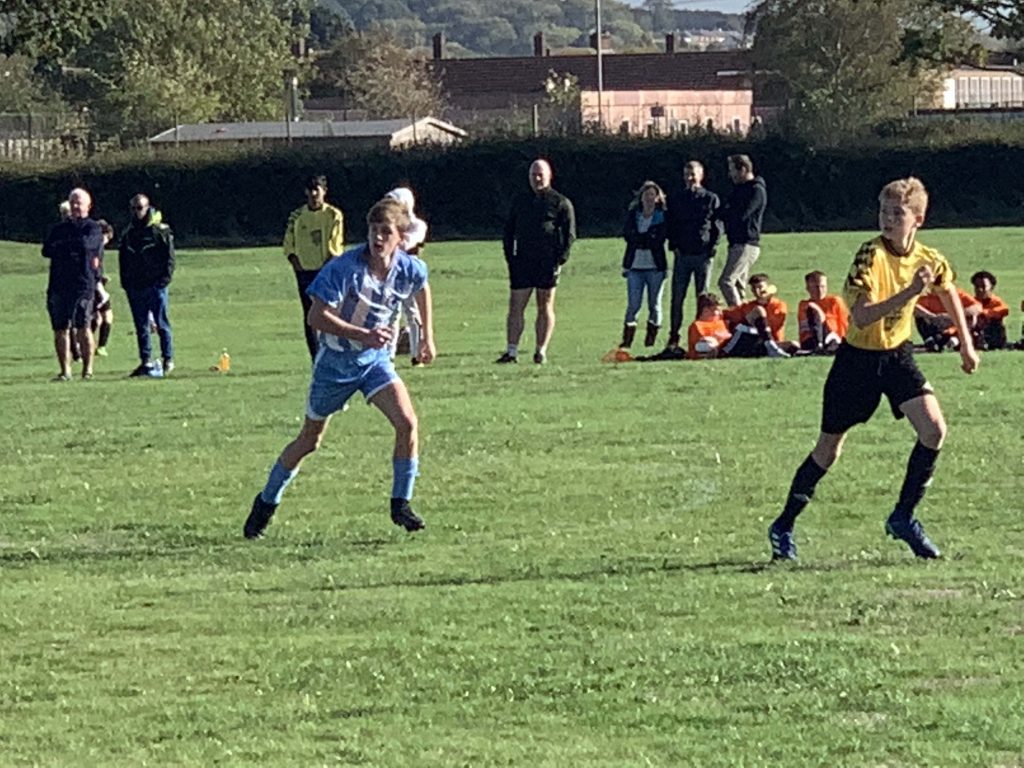 The PE and Health Faculty are always keen to hear of students sporting exploits and it would be great to regularly feature the achievements of the BMS students in the newsletter.

Comment : The Under 18 team returned to winning ways with a comfortable win over FC Academy. The boys dominated the game from start to finish creating lots of chances. A number of new players have been drafted into the team and all made very promising debuts.

Comment : An excellent performance where ball retention from the squad was excellent. The opposition couldn’t cope with the passing and moving from the BMS boys. Despite sprinting to the halfway line and then celebrating with a dance, Harris can be very proud of his first goal for BMS, as should the whole squad with the performance shown.

Comment : An excellent team performance of fine attacking football saw the boys move back to the top of the league with a convincing win. A quick fire 10 minute hat-trick from Nathaniel A in the first half was followed by some excellent passing and moving as the boys dominated the game from start to finish.

Comment : Another convincing win for the Year 9 team with some fine attacking play despite having a number of players missing through illness and injury. Nathaniel continued his fine run of scoring form with many of the boys showing potential as district players for next year.

Comment : A difficult day for the boys but they showed good spirit and kept working hard until the end. The match was close for the first 45 by Parmiters were more clinical in the second half.

Comment: A positive trip to the new facilities of The Reach Free school where the boys were engaged in a close battle early on, but managed to come out on top at the end of the game showing good character and togetherness.

Comment :This game was a very good test for the year 7s, where they were met by a very strong and competitive Parmiters team. The boys showed strong character and perseverance to draw the game. Good game of football all round!

Comment :A good game of football played by both teams which brought the best out in our players! A Positive team performance all round. The boys are looking forward to their next challenge in the next round of the cup!

Comment : An outstanding effort from all involved, the team won 4 out of 6 group matches before progressing to the semi-finals. In the semi-final match, the girls showed excellent character to come back from a goal down to win 5-3. Unfortunately the girls lost in the final but it was an enjoyable day for everyone involved.

Comment : A great performance from the girls, the team showed character to recover from going a goal down early in the first half. Some outstanding saves from A Elman kept Bushey Meads in the game and some excellent finishing from L Kirby and S Parkhouse led to a comfortable win in the end.

Commended performances : R.Richards voted for by the Reach Free team.

Comment: The year 7 netball squad make it an impressive 3/3 victories, in their league matches, with a dominant win over Reach Free school. The score line doesn’t really reflect the dominance in play that the BMS team had. This match showed good improvements in the use of space and passing through the court as well as rehearsed centre pass plays.  Great job ladies, keep up the good work. 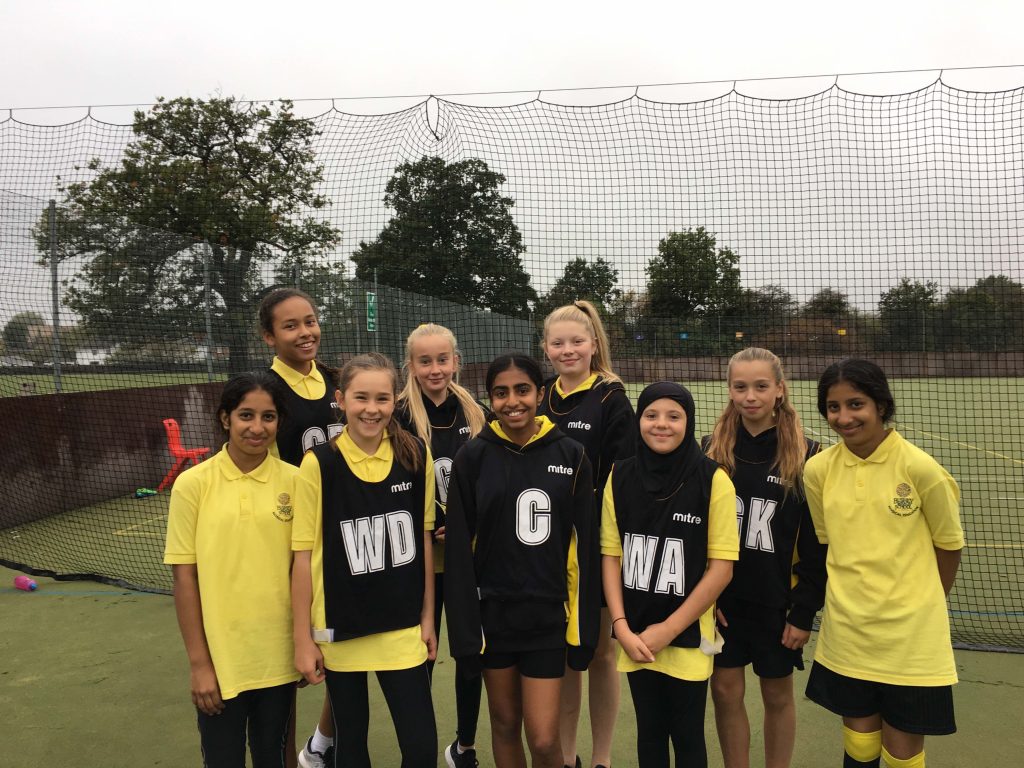 Comment: It was great to see students from the GCSE classes at both year 10 and 11 demonstrating their skills against local school St.Margarets in a friendly festival of badminton.

Play in all matches was competitive and the girls really benefited from playing against new opposition.  This was a great opportunity for students at examination level to develop competitive game play and for staff to work with colleagues from other schools to moderate and standardise grades.

NEWS As we come to the end of another busy term for PE we can reflect on the vast number of competitive fixtures and sports clubs that have taken place this term. There have been...