On Saturday 13th July BMS hosted the annual Family Fun Day.  This provides an opportunity for Year 6 students soon to be joining BMS and their families to speak to others and make...

Demonstrating a Real Mind to Be Kind

It is always lovely to receive letters from members of the public informing me of the excellent behaviour of our students outside of school in the local community. On Thursday of...

On the 16th July 2019 a small group of drama students put together a short one hour production of Hamlet. This was performed outside on the quad to a group of primary school students, including Hartsbourne Primary school and Little Reddings Primary school. 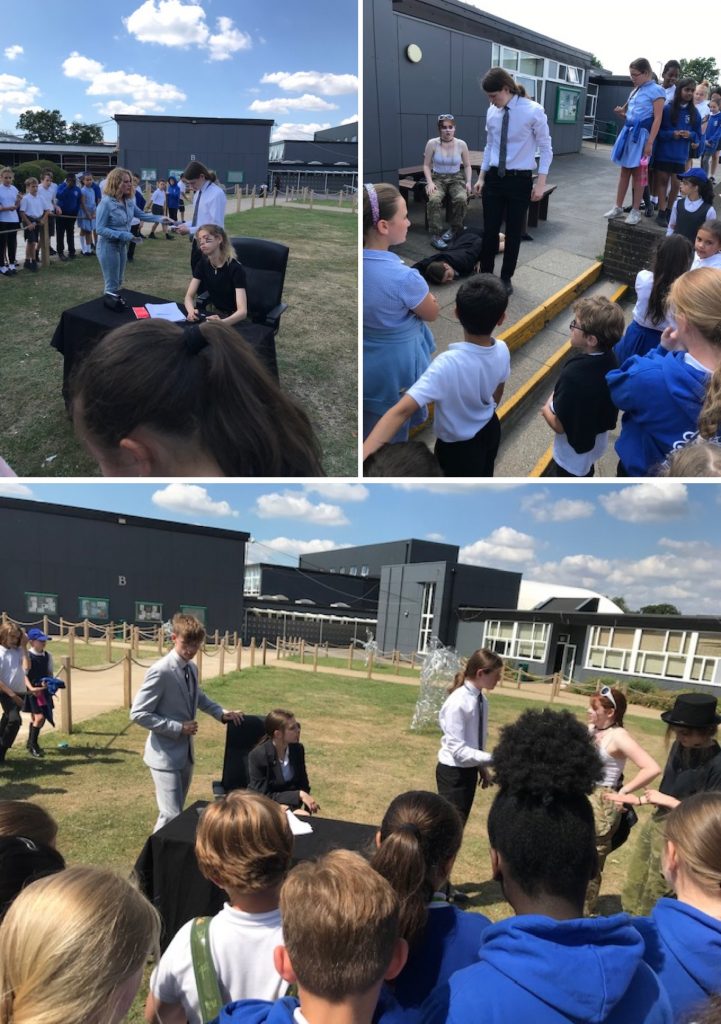 The play itself had an unusual twist as the cast and directors of the performance decided to implement an 80s theme into the story but they decided to keep the original Shakespearean language. This made for an interesting play and definitely kept the young audience entertained.

The style of theatre that was chosen was promenade with aspects of Complicite found within it. This essentially means that the primary school children and myself were able to move around freely and follow the different characters to different areas of the quad and that the play involved quite a lot of physical theatre, such as when the characters Hamlet and Ophelia were being carried on/off. 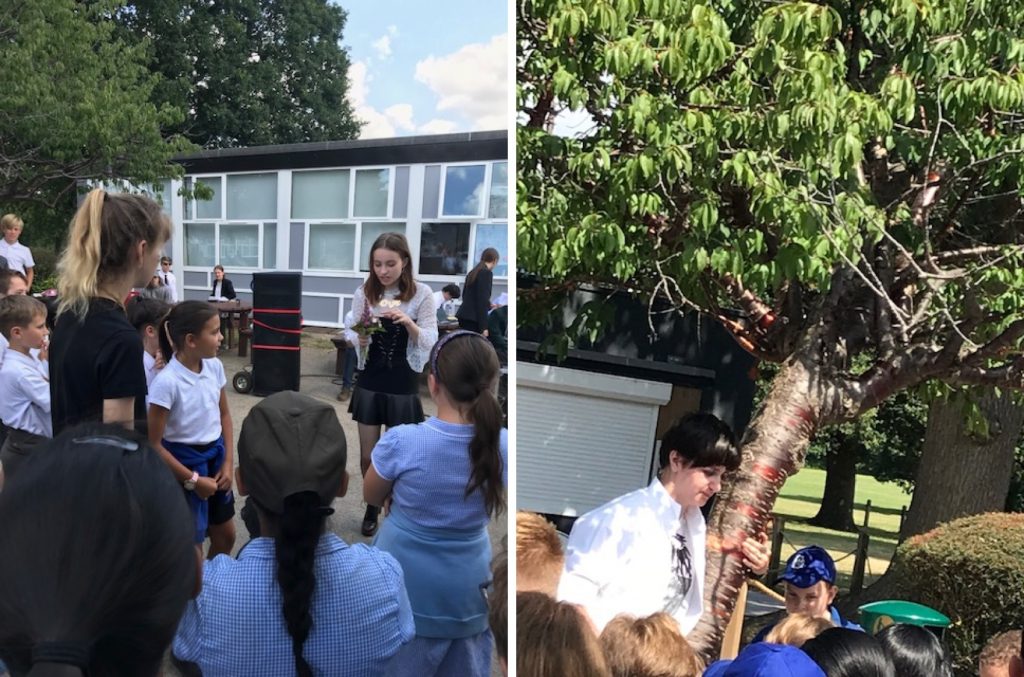 While the cast’s use of space was impeccable, the cast themselves provided the audience with a realistic scenario based upon the Shakespearean story of Hamlet. The cast included:

Tom Clarke as Ghost of Hamlet’s father, The Priest, and The Grave Digger

The interactions that occurred between the audience and the characters was brilliant as the cast did not once break character when asking the audience to move. The performance also included a lot of physical theatre especially during Hamlet (Armin) and Laertes’ (Gita) fight where they used sticks to represent their swords and physical theatre to show the struggle of the fight for both of them, which their audience seemed to thoroughly enjoy. 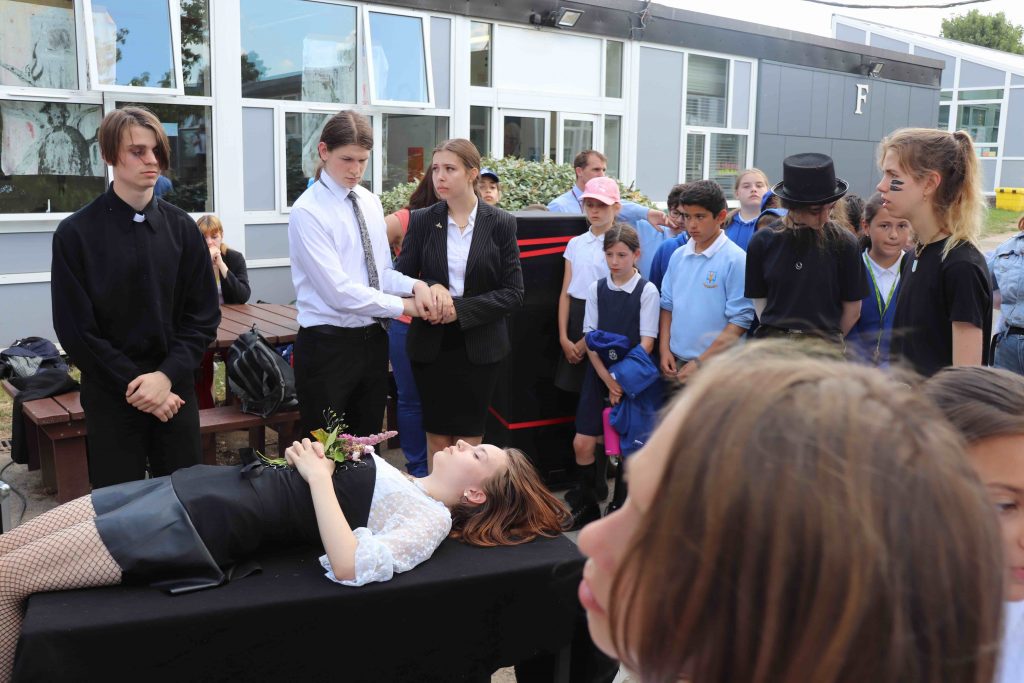 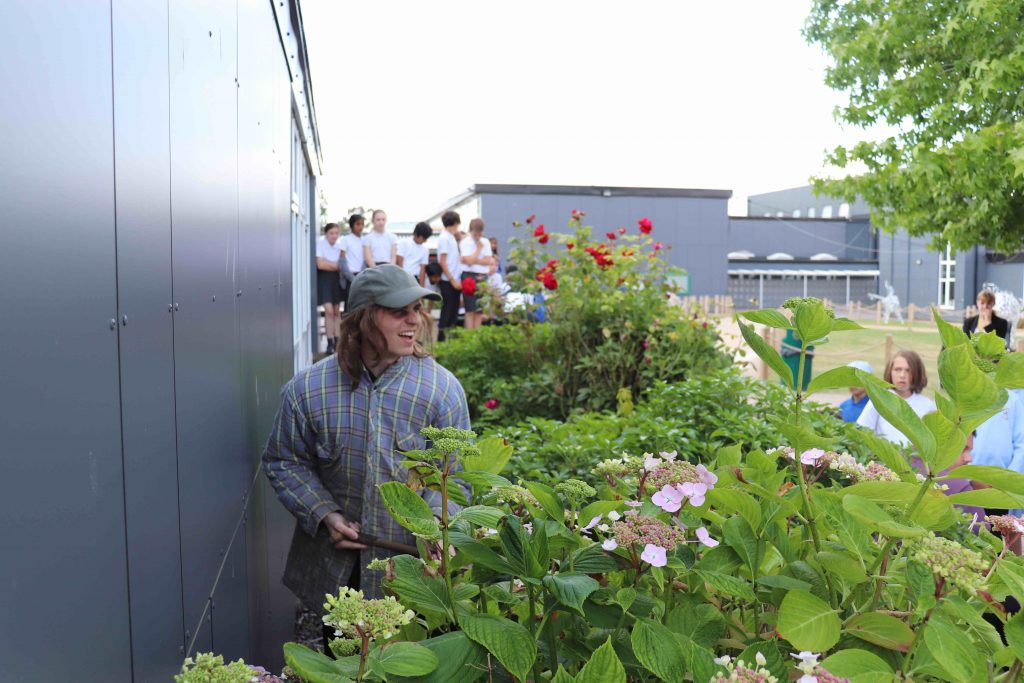 The performance was stellar and the young audience thoroughly enjoyed it, even if they were confused at some times in the play, and the cast did an excellent job of making this play come to life.

Kindness Thought of the Week – Issue 51