On Saturday 13th July BMS hosted the annual Family Fun Day.  This provides an opportunity for Year 6 students soon to be joining BMS and their families to speak to others and make...

Demonstrating a Real Mind to Be Kind

It is always lovely to receive letters from members of the public informing me of the excellent behaviour of our students outside of school in the local community. On Thursday of...

It was great to see so many of our new Year 7 parents join us in the Main Hall for our annual Year 6 into 7 Evening on Thursday 11th July. They all told me that their children had...

On the 15th July 2019 our school was able to enjoy the much anticipated Sports Day! The events that took place this year allowed for everyone to enjoy the day and although there were some strange moments, especially in the Year 10 Boys 100m sprint, it turned out to be an exciting and enjoyable day. Instead of usual lessons, students had the opportunity to get in the spirit by playing sports based games in with their CDC. 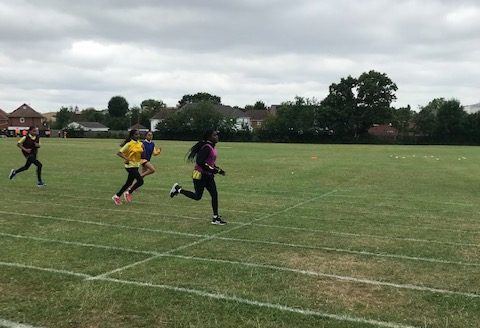 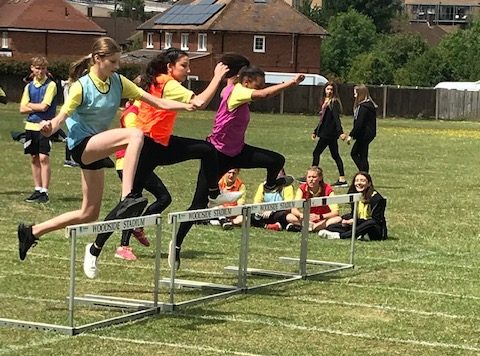 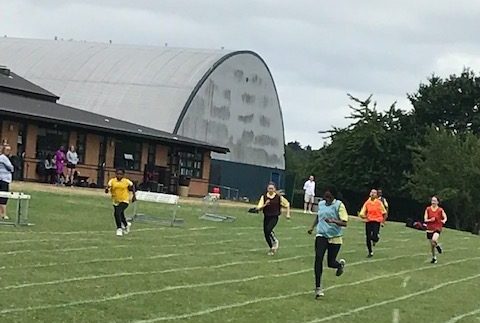 Students were given resources and stickers with their house logo to create banners and also got to paint their faces! To kick off the day we had Year 7 and Year 8 competing during periods one and two, then followed by Year 9 and Year 10 during periods 3 and 4. The competitions this year were intense due to the close calls, especially in the track events.

Year 7’s began the relays with an impressive win from Willow house, with Miss Wheeler finishing the race with an impressive time in the last 100m. Ash house and Willow house seemed to have had the best luck amongst the year 7 and year 8s in the track events but the winners became more varied amongst the year 9 and year 10 races. Yet another impressive win came from Ash house in the relay for Year 8 girls with Ibiso Harry-Brown running the last 100m and winning the race with the help of her other team mates. 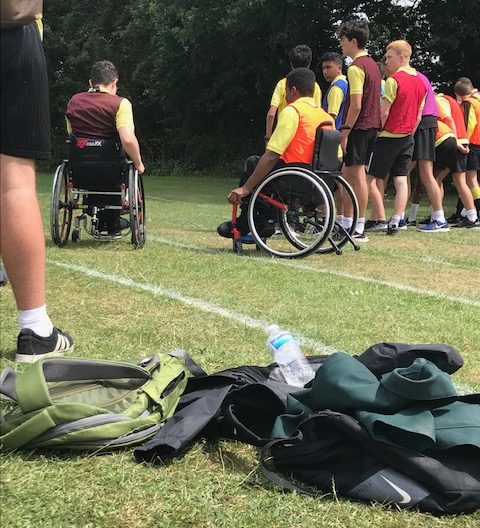 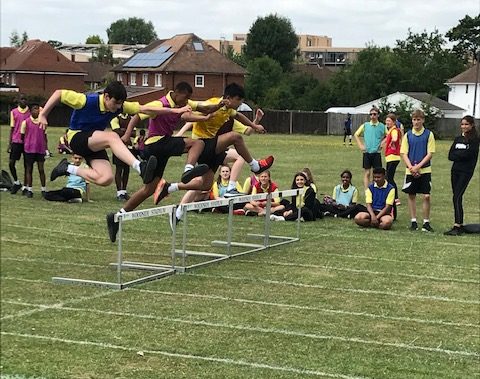 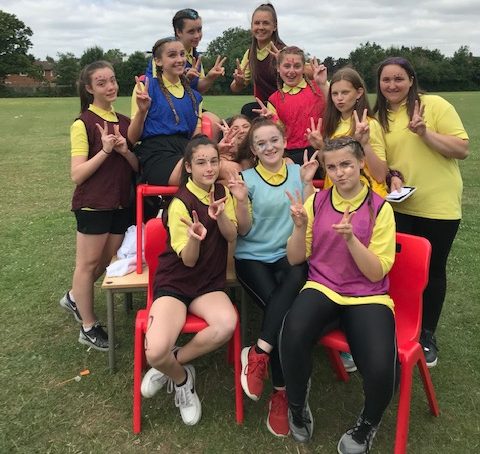 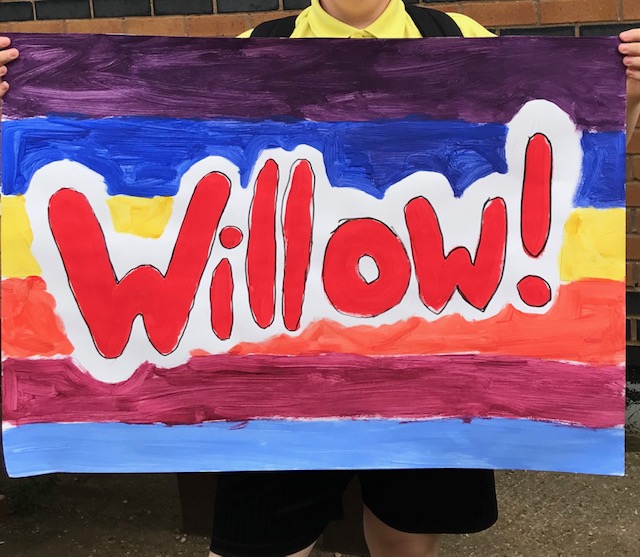 The year 8 boys proved to do well in the discus, with Archie Peters from Willow winning by far, as well as the boys from Oak doing brilliantly and winning the relay with Willow and Ash house battling for a close second nearer to the end of the race. As well as track events we had the two year groups participating in other sports such as handball, rounders, baseball and basketball which would not necessarily be traditional events for a sports day but it did make the day far more interesting. 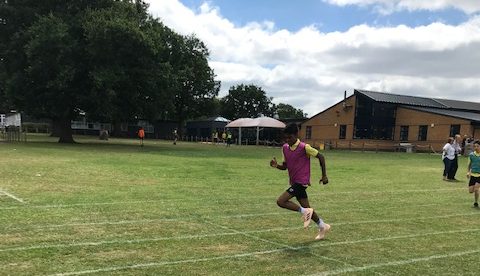 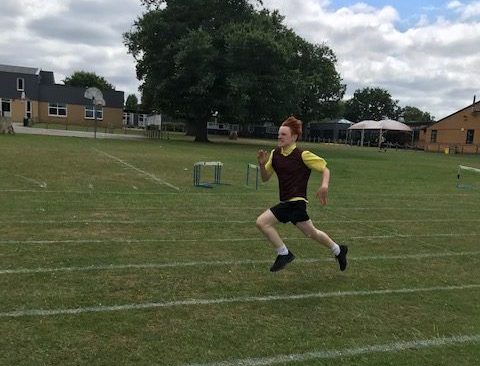 As the sun began to appear through the thick blanket of clouds the events for the Year 9 and Year 10 students began. Field events started out well with close competition between every house until the track events began. Track proved to be extremely intriguing as many of the winners were close to being second. Beech house seemed to have done extremely well in some of the track events, especially in the sprints. While there were mostly clear winners in all events it was the Year 10 sprints and relay that caught the most attention.

The day was fantastic and a big success. Well done to Ash House for winning the sports day overall and well done to everyone for taking part in the day!

NEWS Health has been at the forefront of our thoughts over the last few weeks in these very challenging times. As a predominantly practical subject area we are very aware of the...