Last month, as part of Bushey Meads’ strive towards greatness, Ms. Connell and I delivered a Monday Magic Moment to teachers on the benefits of becoming an examiner in your...

On March 28th Law and Government and Politics students travelled up to London to visit Westminster and the Supreme Court.

Despite the torrential rain, we arrived at Westminster in time, though wet, for a tour.  Unfortunately, both houses were sitting so the tour was reduced. However, students were able to do a bit of ‘MP Spotting’ – spying at least 5 roaming the palatial halls of historic building.  We did go in the House of Common and watched preparations for the final debate before the chamber broke for Easter. 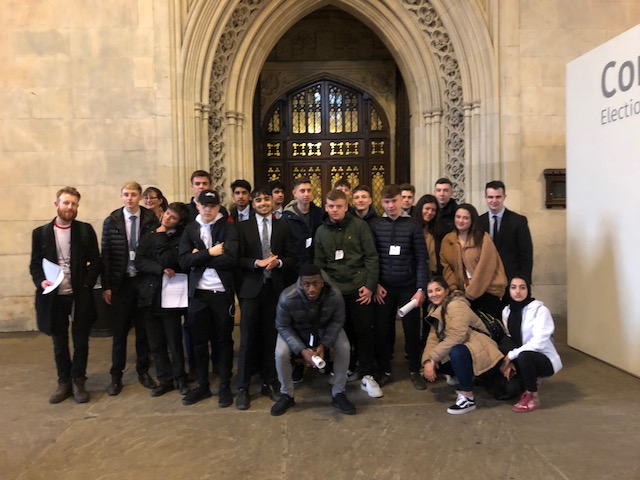 Due to the restricted tour, students had the opportunity to sit in and hear a Select Committee debate on Education and Social Mobility, an issue led by previous Education Secretary, Justine Greening.  In addition, we watch the House of Lords debate the Brexit Bill – though students were disappointed that Lord Sugar was not in attendance.

After the tour, we crossed to the other side of Parliament Square to have a brief look around the Supreme Court.  This year, though, no celebrity judges were available for a photo opportunity.

It was very clear for the trip that we had several potential MPs in our midst from the interest many students displayed – watch our Theresa and Jeremy, in a few years time, there may well be some BMS competition!

On the 28th September, Year 12 and 13 business students visited Thorpe Park Resort for the ‘Student World of Business Conference’. Lucy one of the marketing managers...

The 2018/19 Caius Medicine Access Day which will be occurring in Gonville & Caius college on Thursday the 31st of January. The event is for aspiring Medicine students (from...