Tour of the Houses of Parliament

On Friday 9 March, fourteen Year 7 to Year 13 students set off with support staff on two buses for a visit to the Palace of Westminster Education Centre and a tour of the Houses...

Bushey Meads welcomed The Craft Guild of Chefs National Chef of the Year Russell Bateman into the Food Preparation and Nutrition classes this week. He holds the head chef position...

MOVE IT is the U.K.’s biggest and best dance event, celebrating all forms of dance and the performing arts.  44 students from Bushey Meads got the amazing opportunity to attend...

With our recent theme of the week on ‘Cooperation’, it was a great way to begin our House assemblies by highlighting all the ways in which Bushey Meads School has come together to...

Earlier this month all of our year 10 students had the opportunity to experience the workplace. Students thoroughly enjoyed the change of routine and being given the opportunity...

Scientist of the Week – Issue 10

Tour of the Houses of Parliament

On Friday 9 March, fourteen Year 7 to Year 13 students set off with support staff on two buses for a visit to the Palace of Westminster Education Centre and a tour of the Houses of Parliament. 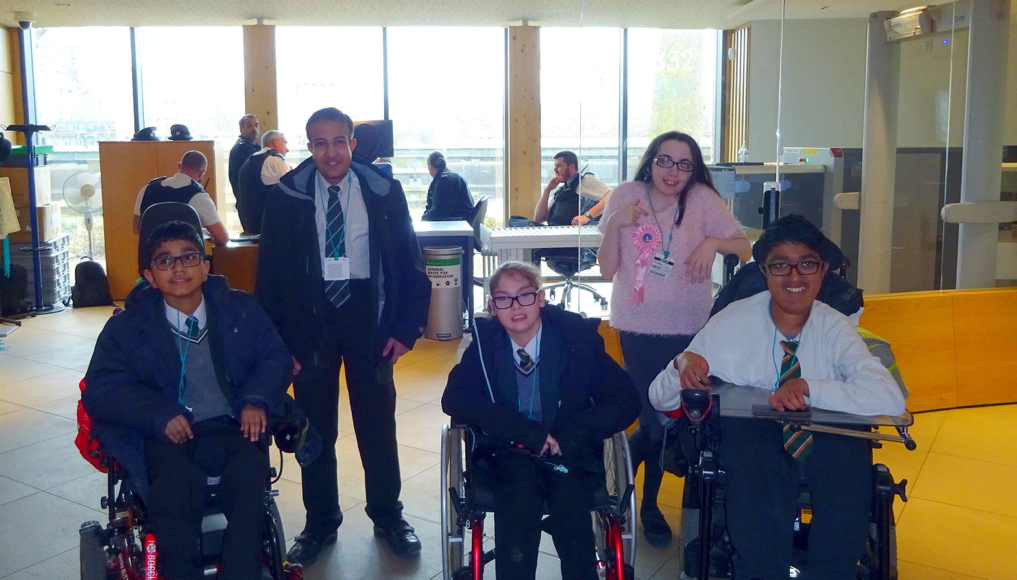 Arriving at the Palace, our first challenge was to negotiate the anti vehicle security barriers.  So, following three checkpoints and an automated vehicle scan, we were in.  Well, not quite.  Next came the airport style personal security checks in the Education Centre.  All passed we were briefed by our very friendly and numerous guides. 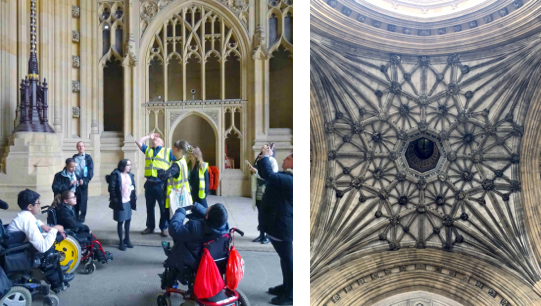 We split into two groups and the advance party were guided to the Queen’s entrance.  This is where ERII arrives for the opening of Parliament.  Her carriage stops directly beneath Victoria Tower, where the Parliamentary Archive is housed.  We learnt that a steward watches from above for her first foot to emerge from the carriage, at which point the Royal is raised.

No photos allowed from here on.

Next came Victoria’s Stairs leading up to the Queen’s Robing Room.  The stairs were specifically designed with small ‘risers’ as Victoria was a Monarch of slight statue.  Quite difficult to negotiate so an elevator has now been installed for our current HRH.

Into the Robing Room we saw our first and very small Throne.  Parth learnt that only Victoria has ever used it.  The walls, ceiling and furniture are adorned with the initials VR.  Our guides explained that the Palace was destroyed by fire and rebuilt in Victoria’s reign and she therefore stamped her mark onto it, everywhere!  The decor is gold for royalty, red for peers and green for commoners.  We are told that concealed behind a secret wall panel is the Queen’s personal toilet, but we weren’t allowed to see that throne.

Onward to the Royal Gallery and the facts keep coming.  Henry VIII was the last monarch to live at the Palace. The Palace has 3,000 stained glass windows, 5,000 works of art and the thousands of small handmade floor tiles which are currently being replaced, cost £200 each.

Through to the Prince’s Chamber and we are standing above the cellar where Guy Fawkes plotted with his gunpowder. 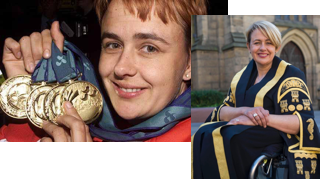 Then suddenly we are in the House of Lords sitting on the plush red benches within touching distance of the Queen’s Throne.  We hear that the Wool Sack exists because wool was our most important export at that time.  Our wheelchair students asked if any members use wheelchairs. “Yes”, quite a few, with Tanni Grey-Thompson currently the most famous.  Shockingly we are told that women were not allowed to sit in the benches until 1958 – previously they had to speak from the balcony, loudly!

Due to poor wheelchair access(!?), we go back and around via the Lords Voting Lobby to the Central Lobby.  This is the view you see in the news broadcasts, with MP’s being ‘grilled’ by the media.  If you look over Laura Kuenssberg’s shoulder on the BBC News you will see the Palace of Westminster Post Office in the background.

We pass into the Commons Members Lobby and are surrounded by statues and busts of former Prime Ministers.  Margaret Thatcher looms over us but the students are undaunted, unlike some of the staff.

We pass through the doorway where ‘Black Rod’ bangs on the famous door to invite the Commons to the Lords for the Queen’s speech and we are in amongst the famous green benches of the House of Commons.  Lots of questions and information about Speakers, Despatch Boxes, microphones and where MP’s of different parties sit.  We’re told that the ‘red line’ in the carpet on both sides of the House is not to be crossed by members during debates.  It’s about being more than a sword’s length from the opposition, which is why MP’s don’t bother to wearing their sword’s anymore!

The sight of our students sitting where the Prime Minister sits and standing at the Despatch Box, whilst others drove their powered wheelchairs around the floor of the House was surreal and for all, an unforgettable experience.

We walked (and powered) back through the Commons ‘Ayes’ Division Lobby where we dipped into Hansard and finally we returned to the Education Centre.  Various activities ensured, but mostly Lording about… 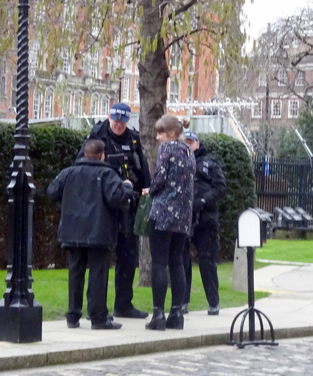 Standout moments – Sarthak reciting Romeo and Juliet at the Despatch Box, Megan sitting in the PM’s spot, Francesca debating as Leader of the Opposition, Parag interviewing the security guards.

It was great to see the students and staff from Bushey Meads at this year’s national youth games held at Stoke Mandeville Stadium. They had taken part in many different Paralympic...