Back to Latest Articles
Wellbeing

Based on  a true story A tale of courage and determination Once a upon a time in a land far far away lived a very poorly fig tree. It had once flourished in a magical garden...

On Friday 15th December, the Year 12 music A Level and BTEC students visited Nicholas Breakspear school for an exciting day of talks, workshops and performances. As soon as we...

The Autumn term rounded off with an exciting and diverse Christmas Soiree featuring the talented musicians and dancers at Bushey Meads. The show made a festive start with...

Science club was buzzing again on Monday lunchtime when Miss Morrin had the eager young scientists taking photos of leaves under the microscope. Year 12 scientists decided to join...

Bushey Meads School now boasts a brand new theatre space and, during this week, state of the art sound-proof partition doors have been fitted, enabling the inspiring space to be...

We were delighted to invite Youth Connexions into school this week to share some of the free opportunities available to our students in the Bushey area. The Bushey Youth Café is...

Our local links with the Army

Miss Jackman and I were honoured to attend an event at the Radlett Centre last week where we learned so much about what the army could offer schools.  There was an inspirational...

New Beginnings – Theme of the Week

Our Theme of the Week this Week has been New Beginnings. In assemblies students have been thinking about the year ahead to ensure that they build on the success of the past and...

A Great Week for Year 7s!

With New Beginnings as our Theme of the Week this week it has been so great to see our new Year 7 students settling in so well to Bushey Meads School. With Monday being their...

The year 7’s had a terrific day on Monday, making the most of having exclusive access to the school.  They arrived at the gates looking happy and smart and were introduced to...

Based on  a true story

A tale of courage and determination

Once a upon a time in a land far far away lived a very poorly fig tree. 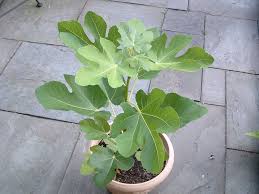 It had once flourished in a magical garden surrounded by abundant greenery. There were swaying scented flowers, sumptuous leafy trees, busy rummaging birds, tiny crawling insects and ornamental fairies to keep it company.  The sun always shone in this garden and there was harmony and joy with a great sense of belonging.

Sadly as the years past everything changed.  The garden had been forgotten.  It grew wild and untamed,  withering away, dying of neglect.  The fig tree also began to waste away.  It struggled in months of continuous rain, that flooded its roots and months of sunshine that withered all its goodness .  But because the fig tree wanted to live it cleverly pushed out its roots from its tiny container, reaching through into a much larger container.  At least this way there would be a chance for growth.   And there it remained, forgotten,  but still fighting and surviving.

Then one day the fig tree heard  the laughter of children.  Barely able to move the fig tree stretched its tiny thin stem to see a wonderful sight.  Life was beginning to return to the garden. The fig tree felt crisp cold water run down into its decaying roots.  Bathing in this incredible feeling of release, a great surge of hopefulness seemed to travel to every part of the plant.  ‘I am going to be alright’, it whispered.

It would not be an easy transformation; there were still obstacles to overcome.  The fig tree would be moved around to other areas of the land.  Sometimes it was able to make new friends and be well looked after.  But sometimes loneliness and neglect would once more descend.  But still the fig tree kept fighting, kept believing it would one day find a place to thrive.

The fig tree knew it had finally found the right place to settle its tired roots.  Its hopes and dreams had become a reality.

‘I have a home now’, it said, ‘love and understanding and I will be able to grow and flourish’.

The moral of this story is ….

Never give up, always believe that life will look after you and in time will find you the perfect garden to grow in.

A week at BMS we will never forget…

As last week drew to a close the completely surreal news of school closures and announcements of GCSE and A Level exams being cancelled for this year became a reality and pinching...

The sunshine was defintely shining on Monday of this week at BMS as Senior Assistant Headteacher Mr Searle shared some top tips related to maintaining a positive well being and...