Enrichment Day PE activities For the first enrichment day of the year on Friday 28th September the Year 10 options classes were involved in some exciting sports activities. The...

Year 10 art students collected natural materials to make their own mark making tools which they then used to experiment with using ink.  In the second part of the day they created...

It was great to pop in to a Year 10 Geography lesson to see students researching the devastating impact of hurricanes across the world and also hear such great discussions taking...

On Friday 28th September 2018, the Year 10 dance cohort went to the Royal Academy of Dance (RAD) for their Enrichment Day. The students had a very busy day! Their first class was...

Our Year 10 GCSE Business Studies students were working really well on an engaging task related to a product of their choice – unlocking the concept of added value. Leading...

It was great to see the students and staff from Bushey Meads at this year’s national youth games held at Stoke Mandeville Stadium. They had taken part in many different Paralympic...

On Enrichment Day, MFL students from Year 10 did a language immersion day. We started off with French and Spanish café role plays which were fun as we practised ordering food and...

For the first enrichment day of the year on Friday 28th September the Year 10 options classes were involved in some exciting sports activities. The Year 10 Sports Studies group are currently following a unit on outdoor activities and as part of the practical experience for the unit went for a days sailing and raft building at Rickmansworth Aquadrome. With the sun out and a gentle wind blowing it was a perfect day for the students to learn the basics of sailing. The group showed great enthusiasm and soon developed the necessary skills to race the boats around the lake. In the afternoon the the group were tasked with building rafts that they could could complete a rowing challenge on. It was great fun with all students ending up getting very wet. The attitude and behaviour of the group was commended by the BLYM sailing club who were great hosts for the day. 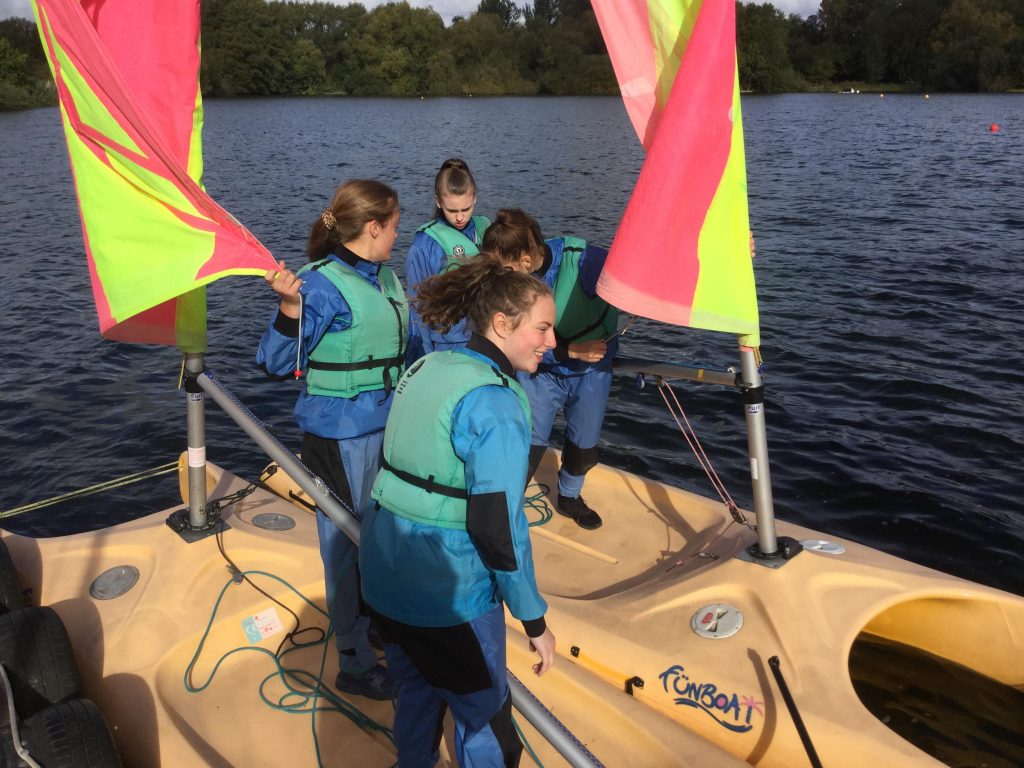 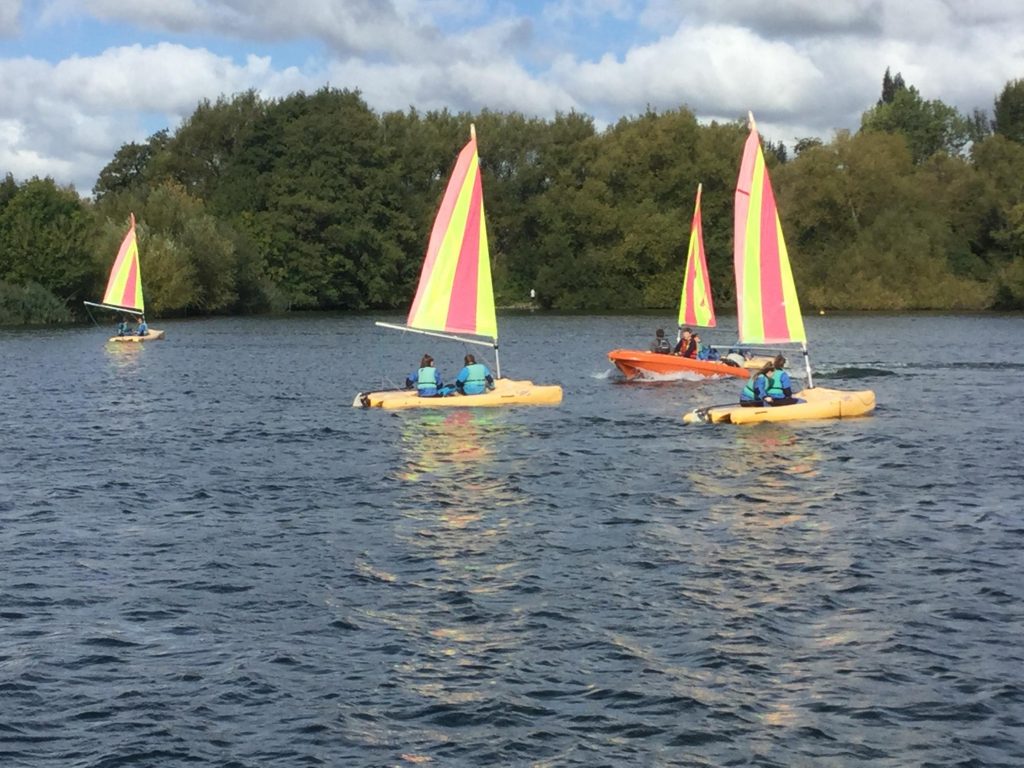 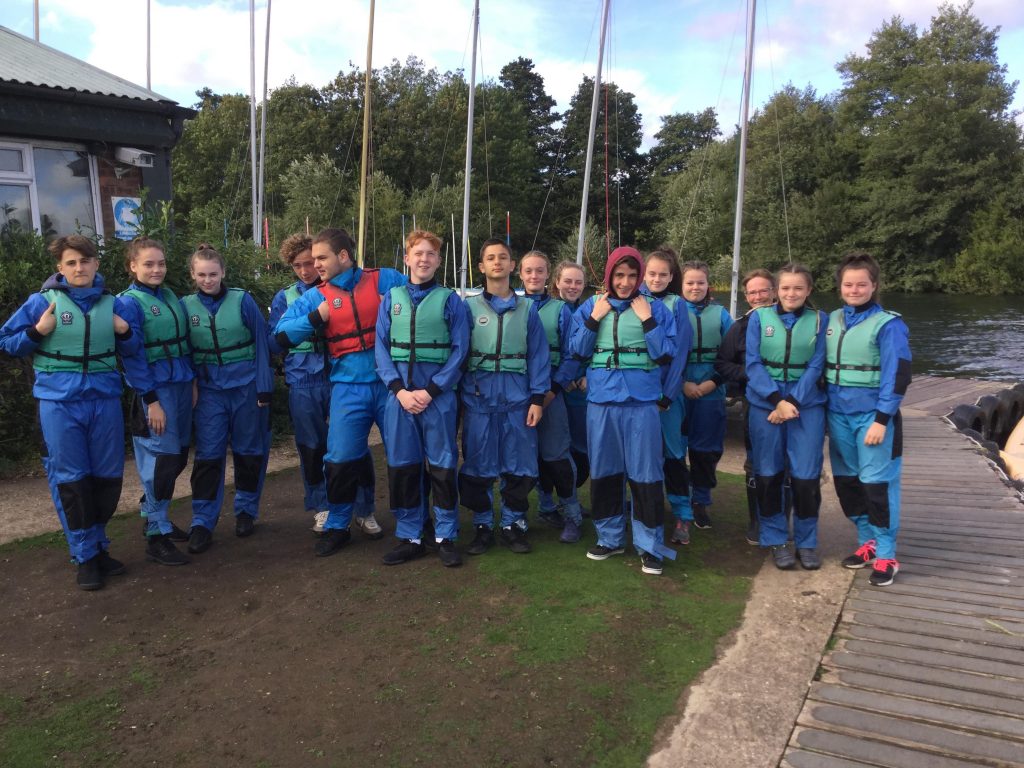 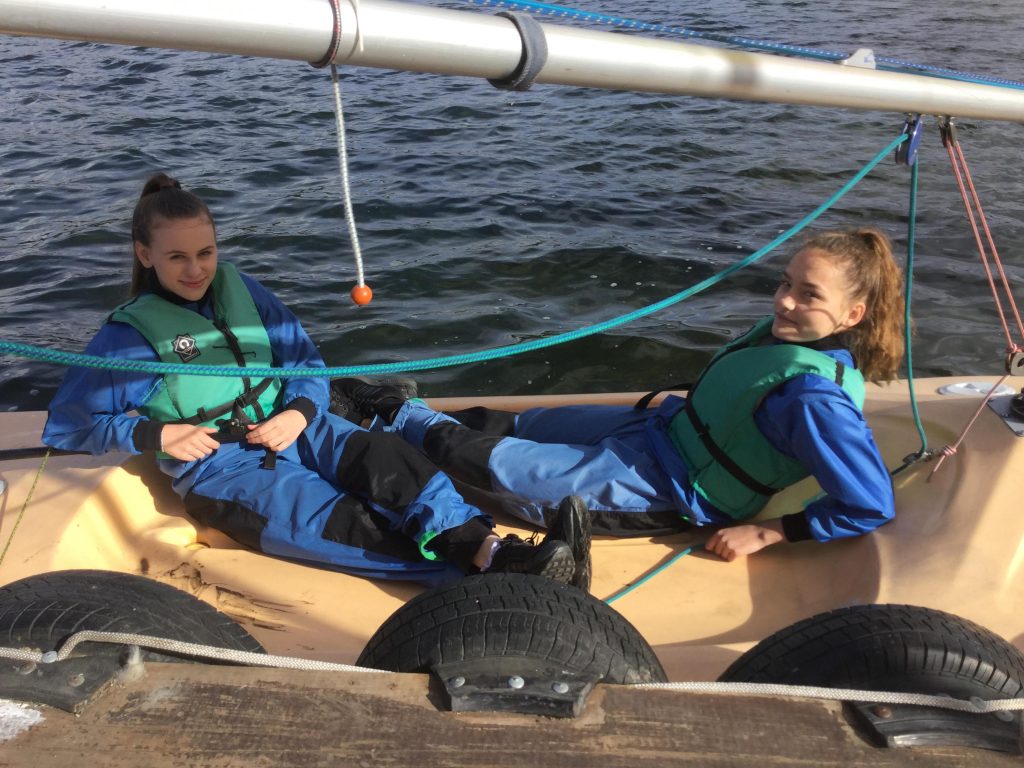 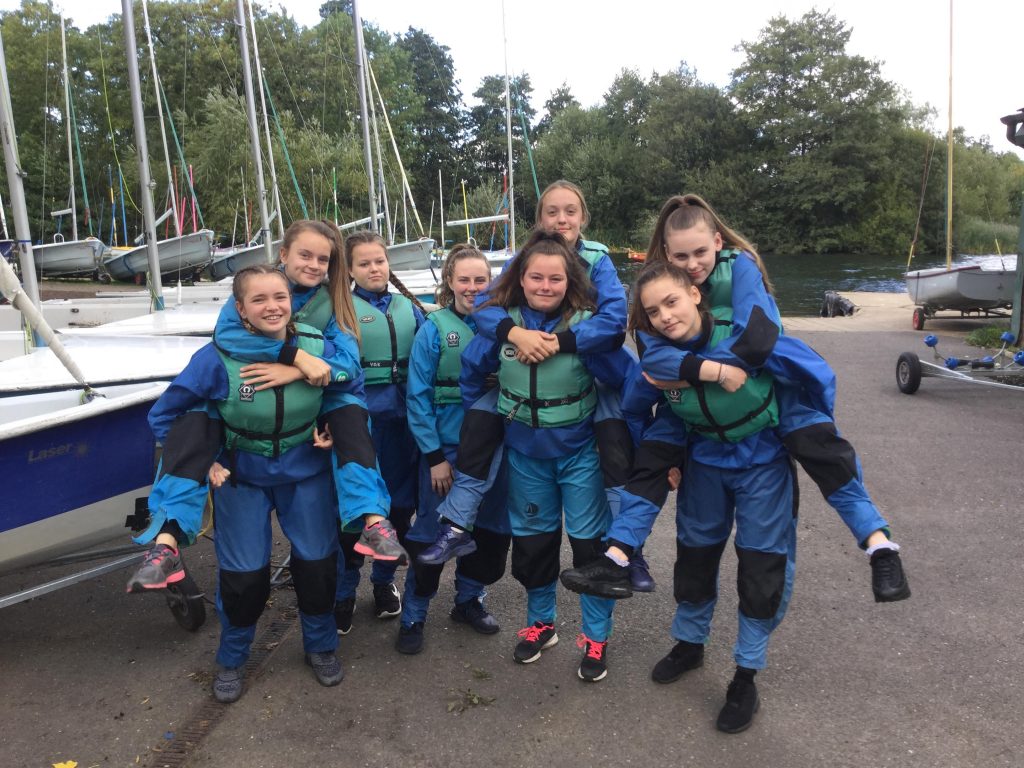 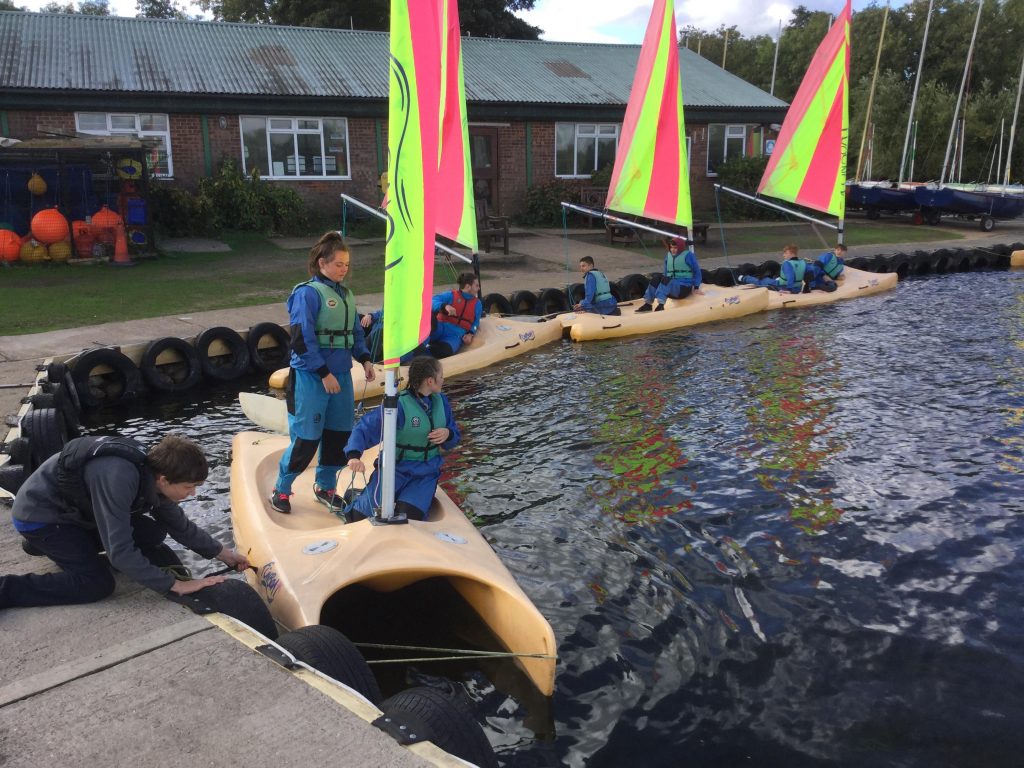 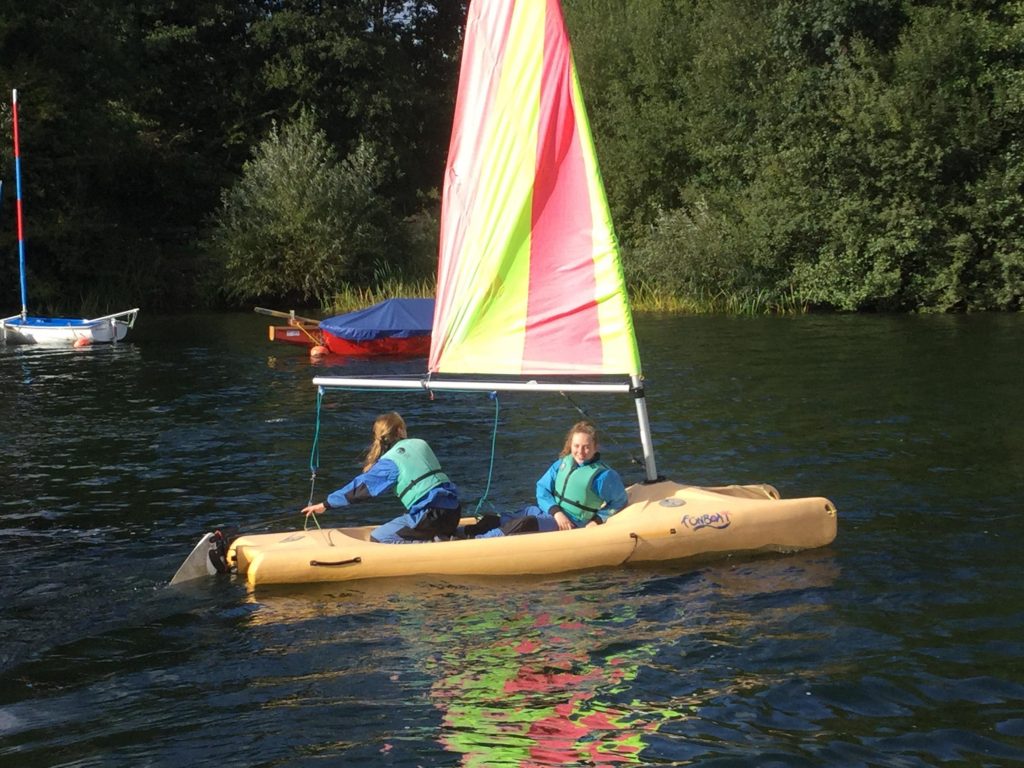 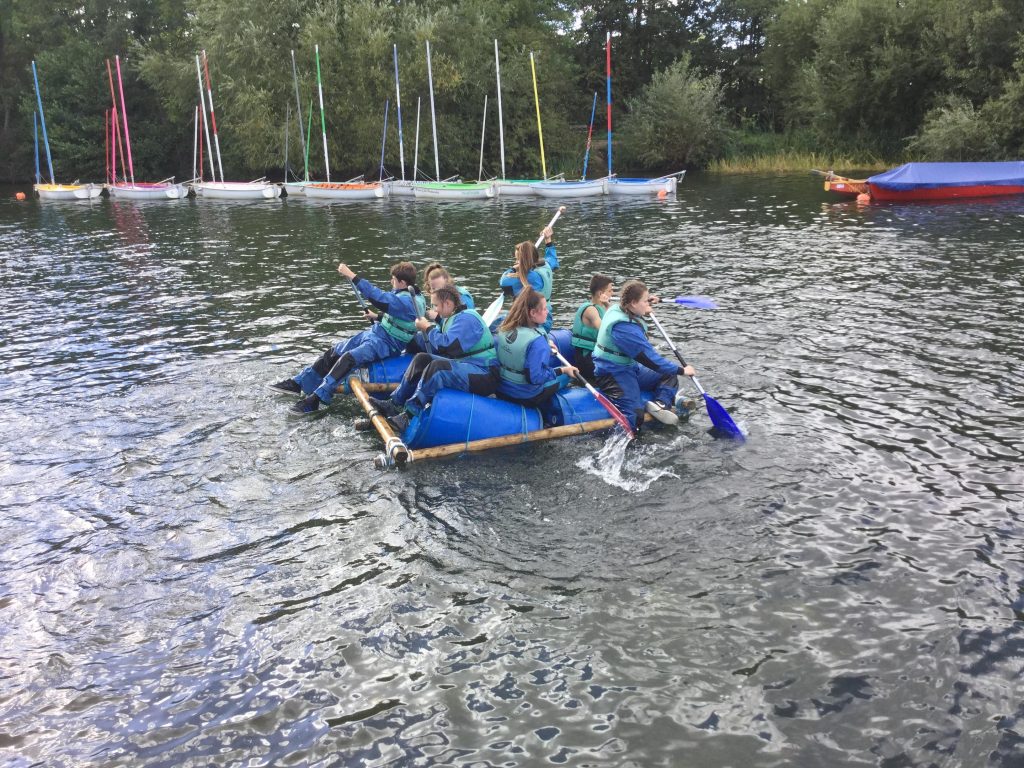 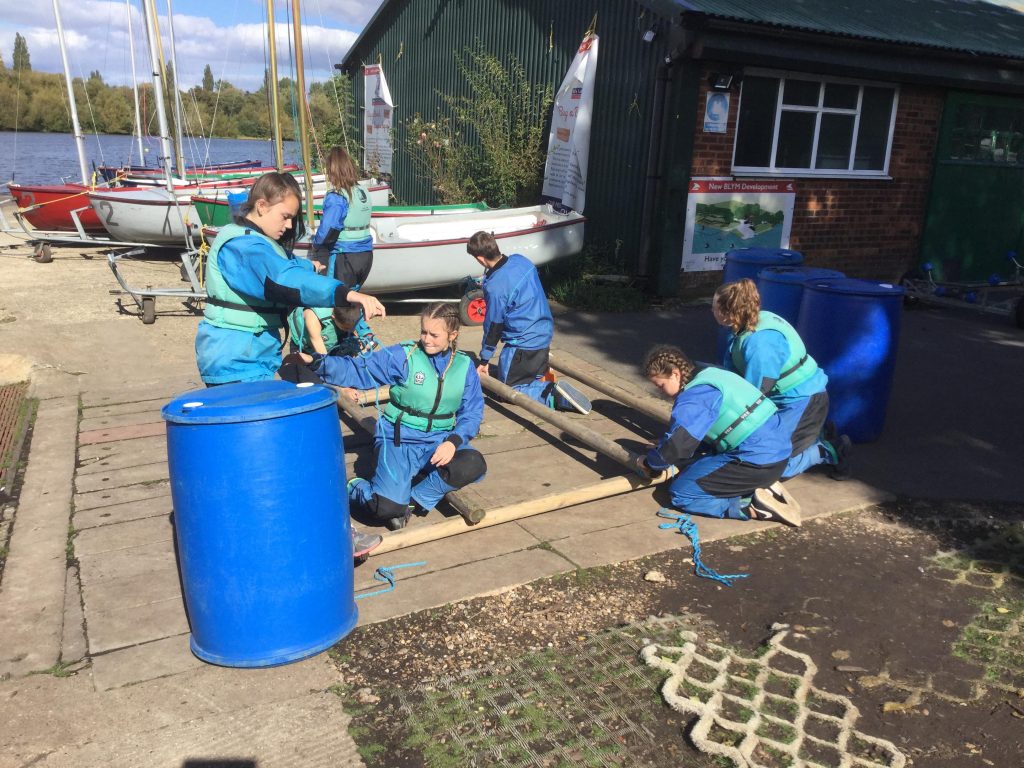 Mrs Wright writes …. The Year 10 GCSE group had an immersion day that gave the group a feel for the final practical and theory assessment.  They applied themselves with brilliance to the drills and game play during the first session of basketball. In the volleyball session they were able to develop their coordination and variety of shots which then transferred exceptionally well in to the badminton tournament during period 5.  The group also learned about the circulatory, respiratory, muscular and skeletal systems through the medium of art. I enjoyed every second of the day and the students made it easy as they worked hard and produced fantastic outcomes. A really constructive and fun day for all. 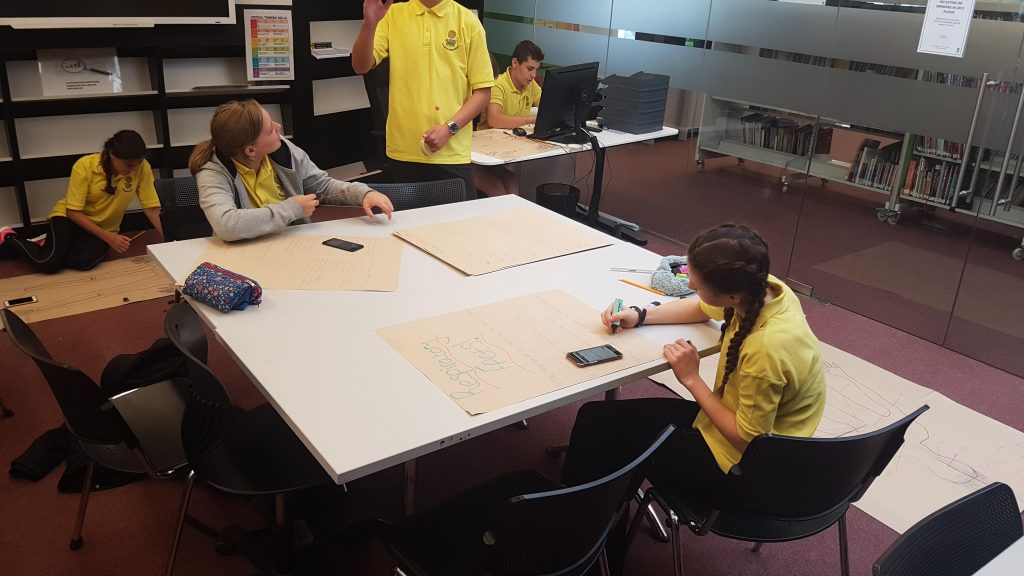 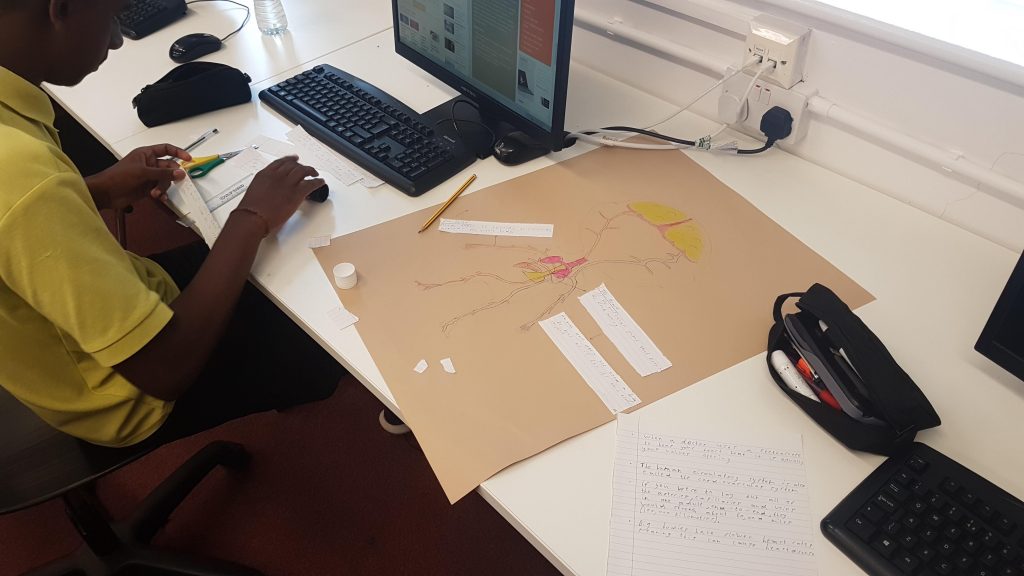 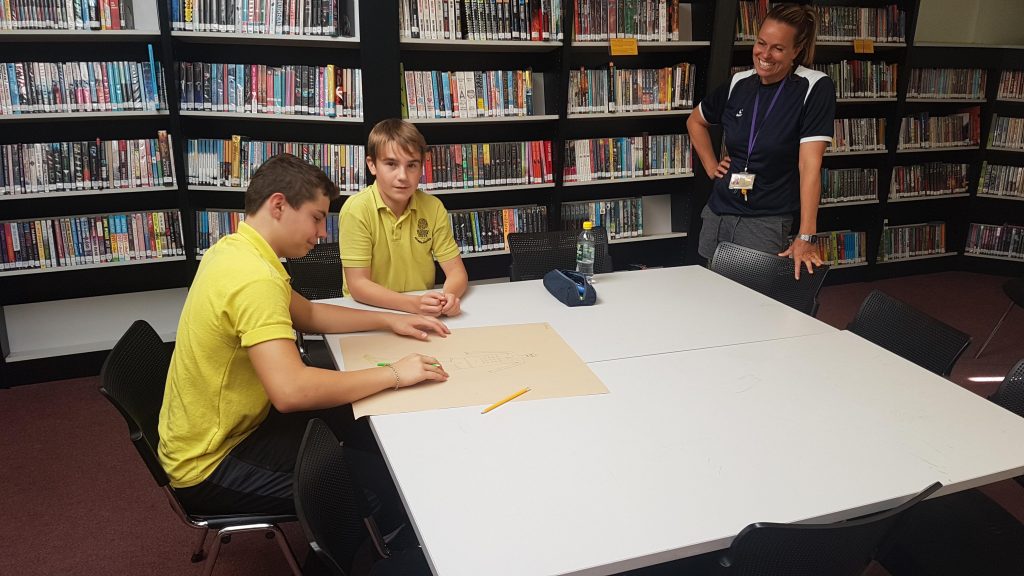 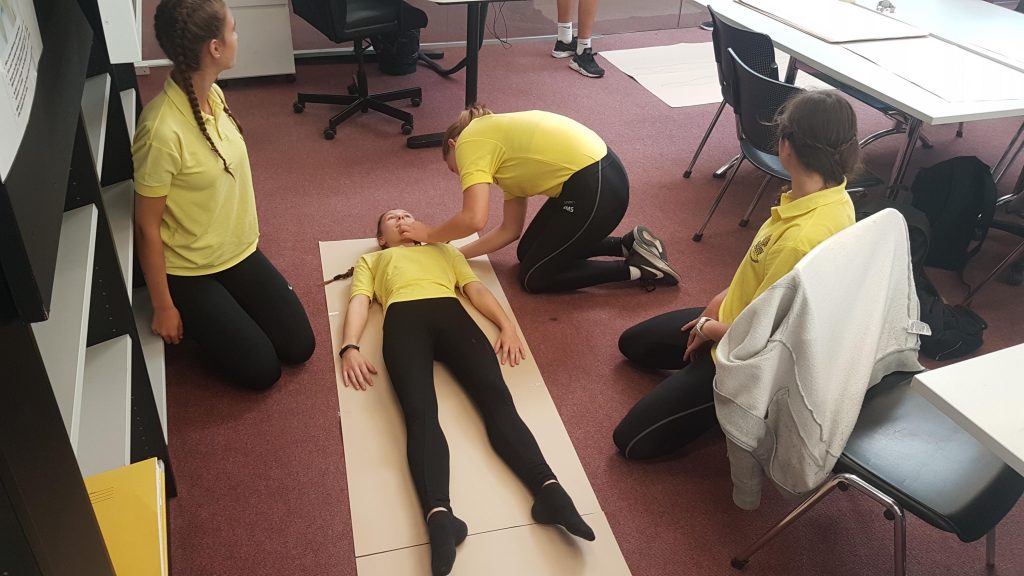 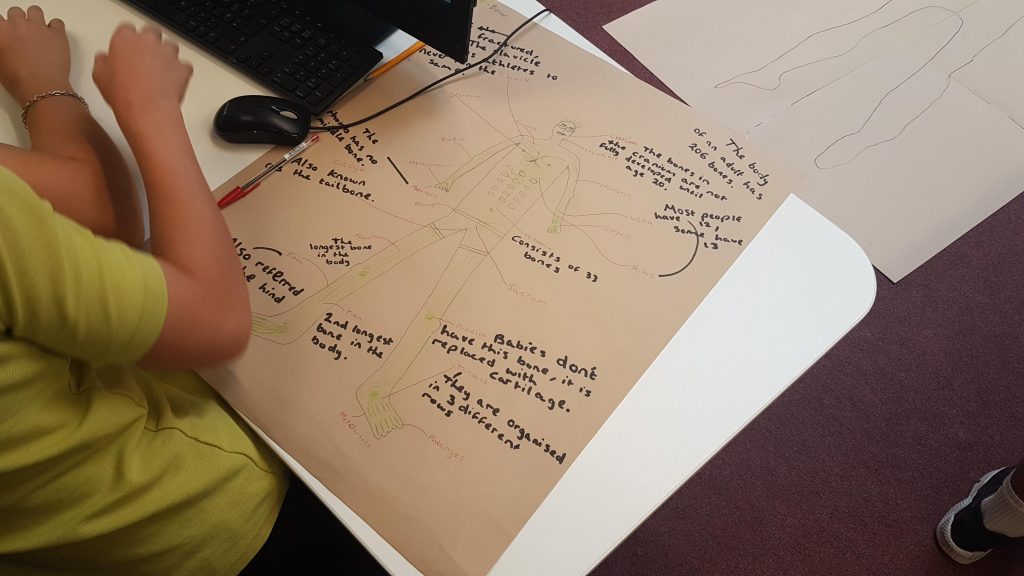 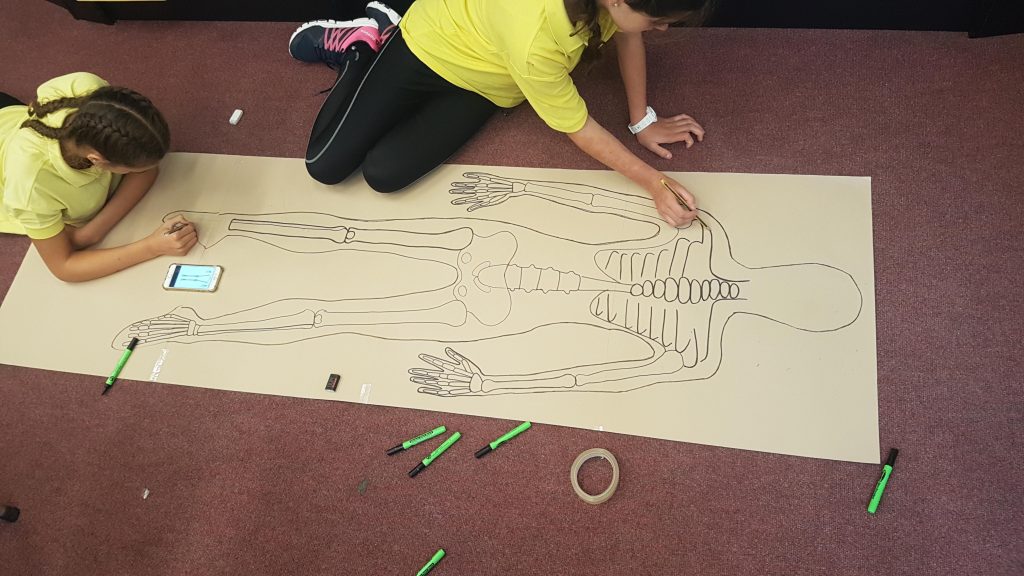 Comment : A difficult game against a top league team. With a switch around at the back the boys have defended valiantly in the first half going down to a penalty and a sloppy mistake. A fight back in the second half brought the game to 2-2 and then the final chase for the win in the final 5 minutes left gaps at the back and the game was lost.

Comment : The Year 9 Boys produced one of their best ever performances to win a highly competitive fixture played in really good spirit. It was an outstanding defensive performance by the team mixed in with some exciting counter attacking football. The boys created a  number of chances in both halves and fully deserved the win in the end. Well done all.

Comment : A disastrous 5 minute spell in the second half where the boys conceded 3 quick goals meant the scoreline was not a fair reflection of the game. After going behind in the first half the team played really well in the first 15 minutes of the second half and after missing a penalty finally equalised. However lapses of concentration cost the boys in the end – some lessons learnt for the next fixture.

Comment: Saturday morning saw another fine performance by the year 8A team. The boys started on the front foot, taking the lead within the first minute. The lead was then doubled through a fantastic team goal, which was scored by B. Narroway. Rickmansworth then came back into the game and went into halftime with a 3-2 lead. The second half was started in a similar way to the first with us scoring a quick goal after halftime to bring the scores level. A series of end to end plays saw us again take the lead and then Rickmansworth equalies. This left a nervy 10 minutes at the end of the game where both teams were pushing for a winning but fearful of conceding and equaliser. However with only a couple of minutes left the boys managed to breach the Rickmansworth defence and score what was the winning goal.

Comment : This game was a great test of character, against very talented opposition, which saw us come from 1-0 down to win the game. At the halfway mark the players identified that if they were to achieve the desired result from the game then they had to win their own individual ‘battles’ on the pitch. This was led by players such as Aaron and Noah who set the standard for their teammates, who followed suit. The boys were very happy with their performances and overall result and are once more looking forward to our next training session and fixture.

Commended performances.Georgia Brass for excellent movement around the court.

Comment : This was an fantastic start to the season particularly in the first half. All the team  showed accurate passing and tight marking on court.

Commended performances . A Wells-Harbin for accurate passing and good movement on court.

Comment : This was a really great effort by the senior team. In the last quarter the girls marked really well down court to secure a draw. A promising start to the season.

Comment : The girls played a brilliant first quarter, scoring 4 goals through an incredibly strong defence.  In summary, for the rest of the match we were outplayed by probably the best team in the league. Despite this, the girls maintained their composure and played with pride and resilience.  After the third quarter our aim was to reach a double digit scoreline and we did this with one minute to spare. A successful outcome for us to put 10 goals past RMS and we were thrilled with that.

Comment : With almost a full squad in attendance the senior team all played their part in a close and very evenly matched game. With the scoreline swinging between both teams the game was played at a fast pace with the ball quickly transferred from attack to defence. Another draw and we look forward to victory in the next match.

Friday 28th September saw our first whole school Enrichment Day of the academic year. The students either had the opportunity to go on trips linked to their learning or immerse in...

From Thursday May 3rd to Sunday May 6th a group of 12 Year 10 Sports Studies students went on the annual outdoor education trip to Widemouth Bay in Cornwall. It was an action...