NEWS It has been another very busy week for sport at Bushey Meads with special mention to our students who ran in the COUNTY CROSS-COUNTRY CHAMPIONSHIPS at Westminster Lodge on...

On Thursday 30th January, our BMS Student Parliament gathered for our third meeting of the year. Through both the student suggestion box and CDC representatives there were many...

The day we met Frank

What a tremendous trip to Oxford we had this week where one of the highlights was our tour of the Balliol campus with the legendary Frank.  In his third year, Frank is currently...

Scientist of the Week – Issue 71

Cyber Apprenticeships 22 months £22,677 London At MI5 and MI6, we keep the UK safe from all kinds of threats – from terrorism to cyber-attacks. On our Cyber Security Technologist...

Bushey Meads English Faculty We are committed to providing a high quality and engaging English curriculum that equips students for the future as confident communicators, assured...

As a school we are constantly looking for ways to work more smartly and efficiently and ensure that we are communicating as effectively as possible with all stakeholders. Since...

It has been another very busy week for sport at Bushey Meads with special mention to our students who ran in the COUNTY CROSS-COUNTRY CHAMPIONSHIPS at Westminster Lodge on Saturday 1st February. The event takes place every year and features all the best distance athletes in Hertfordshire. As ever competition was extremely tough over a very hilly and in places very muddy course. Special mention to R Ismaili in Year 9 who followed up his impressive win in the District Cross-Country race with a very creditable 9th place in the Junior Boys race. This was after scoring for the Hertfordshire County U14 Boys football team the night before. D Ali-Lauzzana also came an excellent 13th place in the Senior Boys race run over 7000m. P Kovar in Year 10 ran in the Intermediate Boys race with students from Year 10 and 11 and acquitted himself well in a very competitive field. 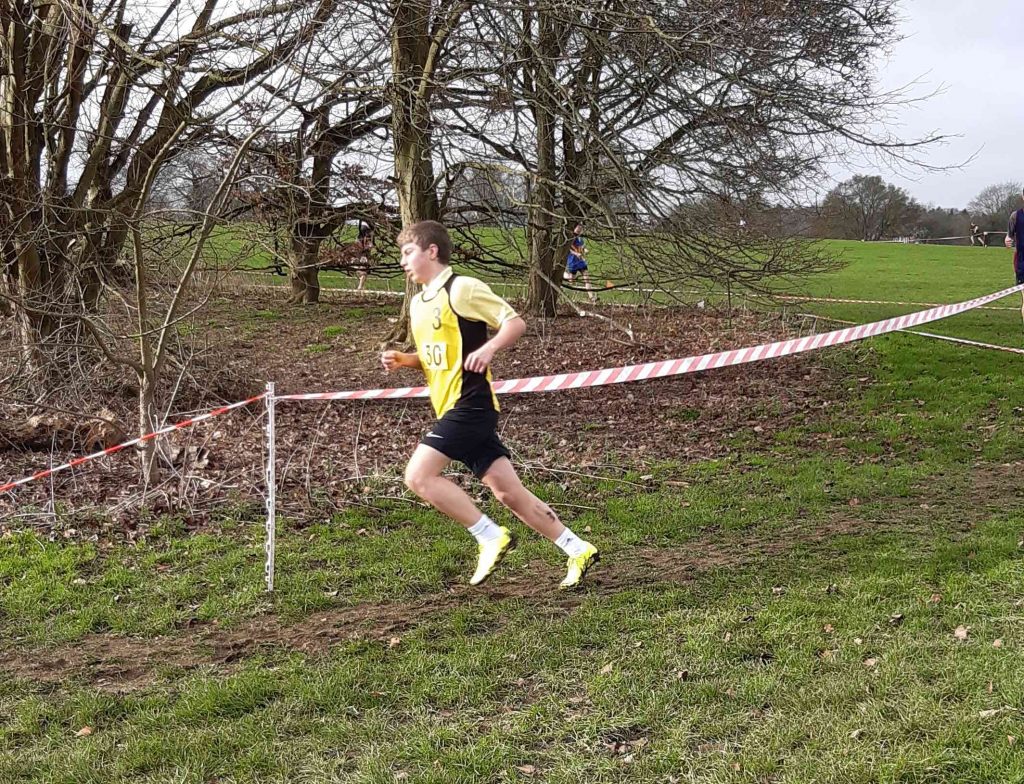 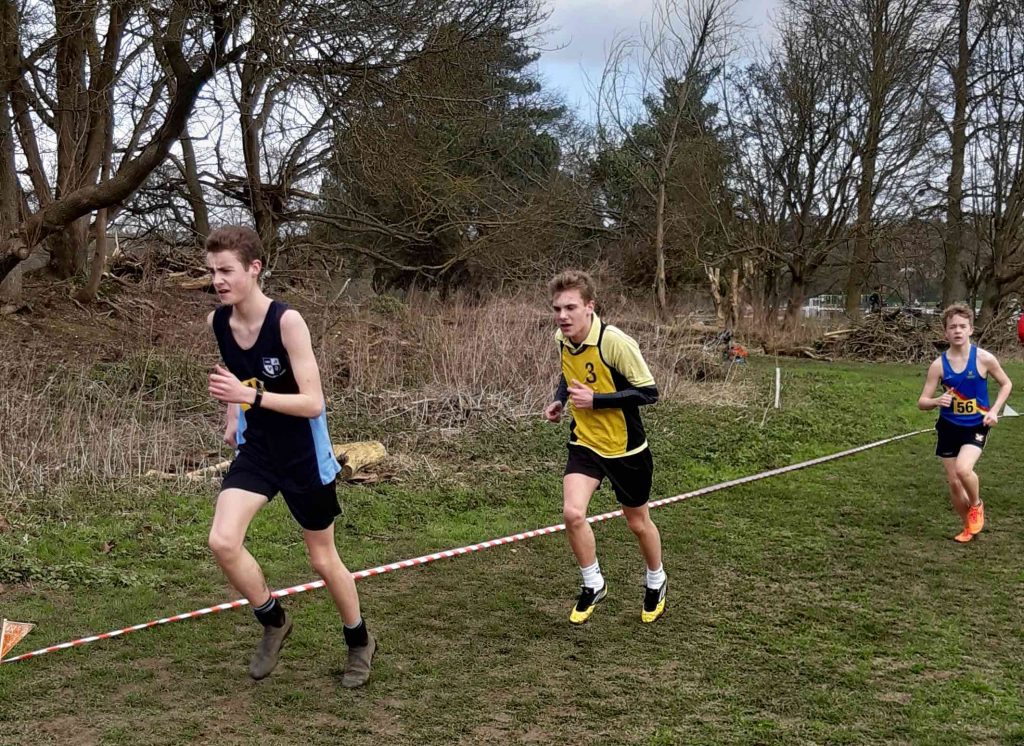 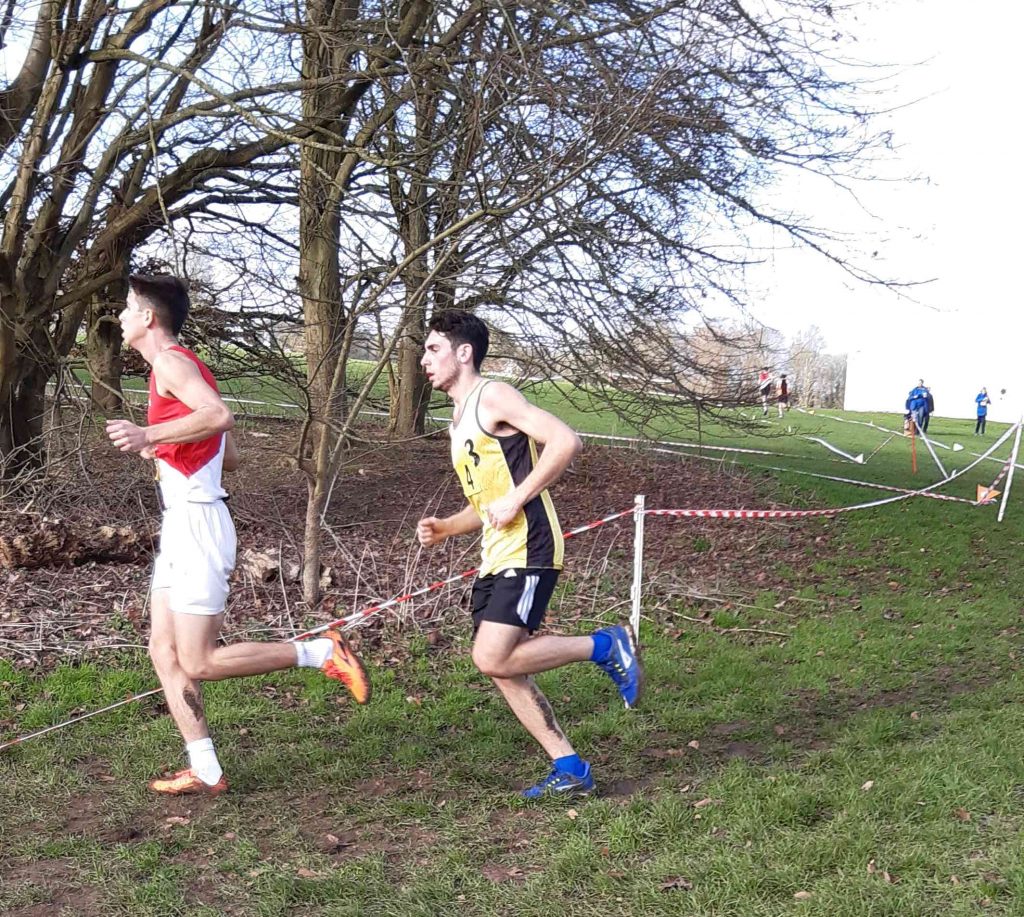 Last week saw our Year 9 and 10 Boys football teams playing in the County Plate Quarter Finals with the Year 9 Boys securing a place in the semi-finals with a penalty shootout win over St Edmunds.

This Monday 3rd February was a fantastic example of the extra-curricular sports provision at the school. After the usual lunchtime clubs after school was a mass of competitive events and clubs. On site saw 2 netball matches against Queens, a trampolining match with Immanuel and a basketball club for Year 7, girls football practice with Arsenal coaches whilst the Year 8 Boys football teams were competing in the District 5-a-side competition at Powerleague Queens. This was being hosted by Bushey Meads staff and it was great to see 4 year 13 CTECH students giving up their time to officiate the matches as part of their course. A busy night all round. This continues throughout the week

Comment : The Year 10 boys run in the County Plate competition came to an end with a 4-0 defeat at the hands of Goffs School. With 3 first choice defenders missing a makeshift back line coped really well with some pressure from the opposition in the first half and were unlucky to go 1-0 down with the last kick of the half. However continued second half pressure saw further second half goals. It has been a tough season for the boys in the District Premier League but it has been great to see the spirit and teamwork in the group and they can be proud of their efforts.

Comment : A good performance against a strong St Edmunds team. After being 2 goals down at half time the boys were able to improve in the second half. A late equaliser by B. Narroway took the game into penalties. K. Said was the hero of the penalty shoot out, making 3 saves before we eventually won in sudden death.

Comment: The boys came up against a very physical Bushey Academy team and struggled to break down their defence. Some excellent passages of play failed to result in consistent scoring although there were some positive signs for the future in the 2nd half.

Comment: Wednesday saw the year 7 basketball team play their third game against Bushey Academy. It was a slow start from the team who were unable to take their chances in the first quarter, which resulted in us trailing at the break. However a much improved second, third quarter gave us the opportunity to win the game in the final part of the game. A very entertaining quarter saw the team score a basket in the last few seconds to level the scores and take the game into overtime. However the team just lost out thanks to some excellent play from our opponents. An excellent game.

Comment: An accomplished performance by the year 10 squad tonight which is reflected in the final scoreline.  Our shooter S. Zambarloukos converted many superb shots on goal that were fed to her by the entire team from defence through to attack.  The movement around the court was sharp, with passess across court aiding the flow of the game like a tidal offense.  Congratulations to the entire team.  Well done girls!

Comment: We have been doomed with injury this term, losing another 2 players today.  We did however battle hard to the very end whistle with a cracking attitude as always.  Today we just did not manage to convert our shots, being outplayed by a terrific Queens defence.  Although we conceded many goals, we would have lost a few more if it wasn’t down to A. Deutrom and E. Doody gaining lots of possession in the defensive circle and getting the ball to our centre court players.  We will come back fighting against Francis Coombe on Wednesday .

Commended performances :  The whole team, a pleasure to watch some of these girls play their last game for the school

Comment: The senior girls squad took to the field for one last match in a 7 a side match versus St.Clement Danes and in true style secured a great 4-1 victory. With some good passing in the midfield from K.Branigan, S.Parkhouse and E.Cannon BMS dominated possession and fed some great passes through to the ‘ever running’ L.Kirby playing up front. Defensive tackling from E.Rowe and S.Plummer stopped, rotating goalkeepers, B.Brindley and A.Elman from having much to do and BMS took a (K.Branigan) goal lead into the half time break.  The second half saw much of the same with BMS creating several chances before a L.Kirby goal doubled the lead.  More sustained pressure followed and goals from S.Parkhouse and K.Branigan were scored in quick succession before a consolation goal for the SCD team was scored on the final whistle. 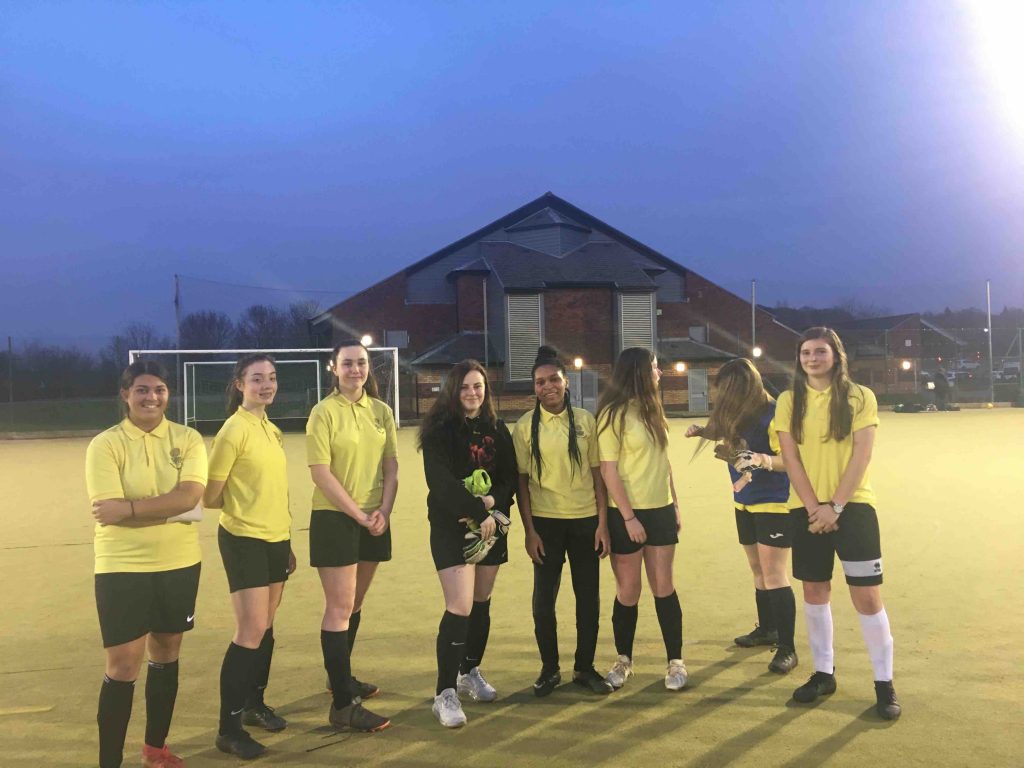 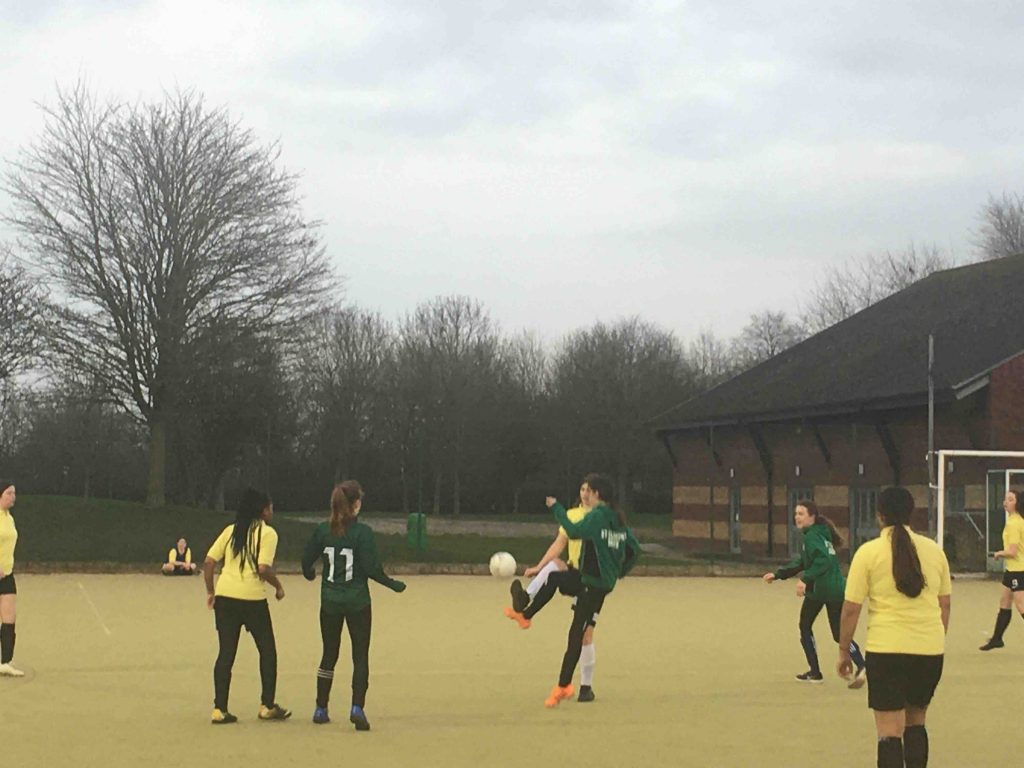 Well done to the whole team especially the year 11 girls who leave their BMS girls football experience with a deserved victory.

Comment: The BMS U13 team played some great football in a very narrow defeat to their more experienced opposition.  Playing their first match of the year and in an unusual (to them) 7 a’side format the girls made great progress in the game, finishing the stronger of the two teams.  A first half goal saw SCD take the lead but the BMS defence marshalled by A.Jackson in goal worked extremely hard charging balls down and feeding the midfield with some accurate passes.  With several chances to equalise in the second half BMS can take lots of positives from this performance into their remaining matches after HT.  Well done girls.

The Yr 7 trampoline squad took part in a friendly competition on Monday against Immanuel school.  Students who have been attending trampoline club had the opportunity to learn and develop competition routines where they were judged and scored in comparison with their peers.  With students selecting routines based on their ability levels it meant that all levels of experience could be catered for.  Students performed each routine twice with the best score going forward for the final placings, all the competitions were very close with only .1 between most of the podium places.  Certificates were awarded to the top three performers in each category.  It was lovely to see a wide range of students competing in a fun and encouraging environment.  We look forward to another competition in the summer term.  Big thanks as always to Miss K Booth for her coaching and officiating and to sixth formers Georgia and Angela for helping out. 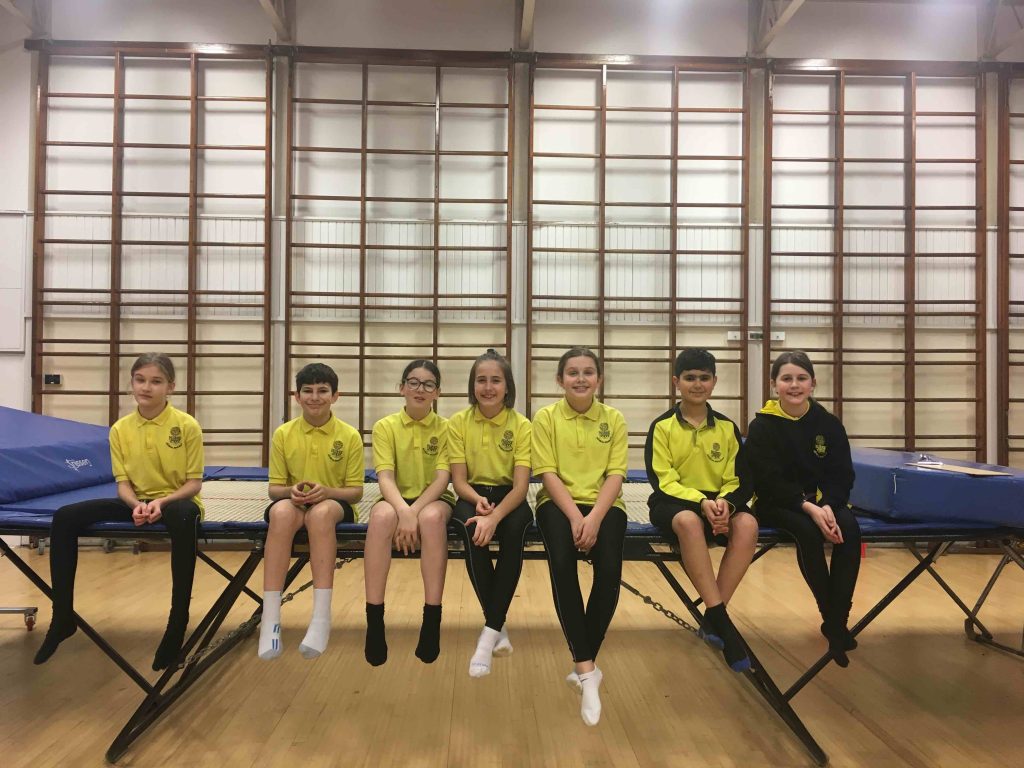 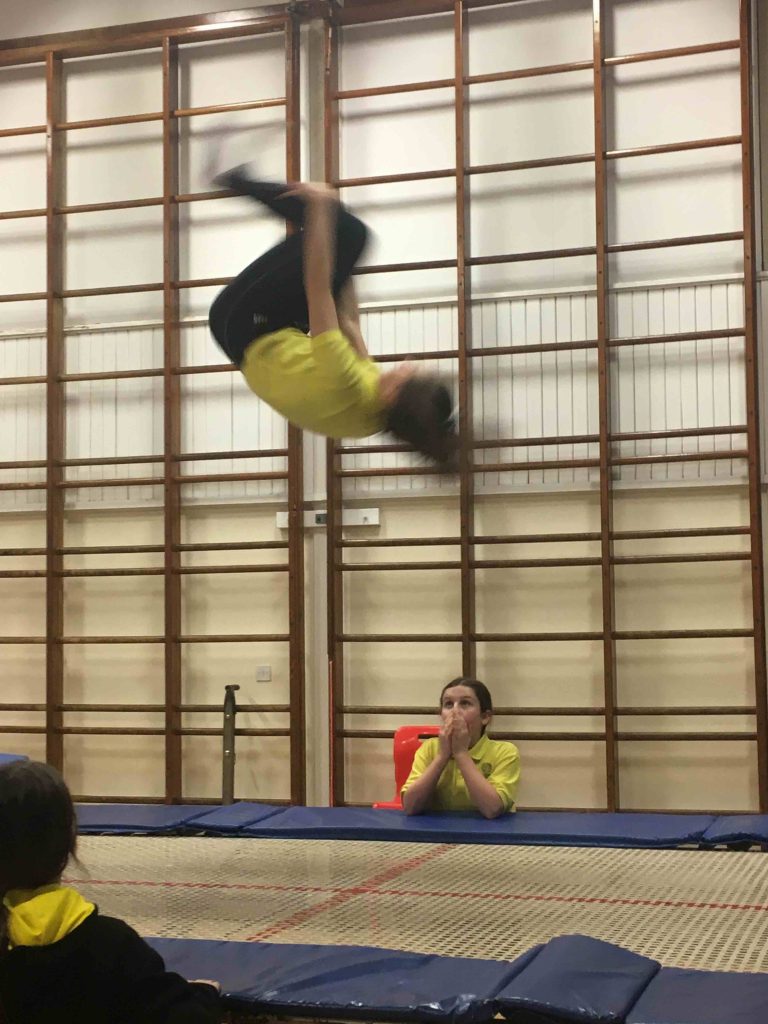 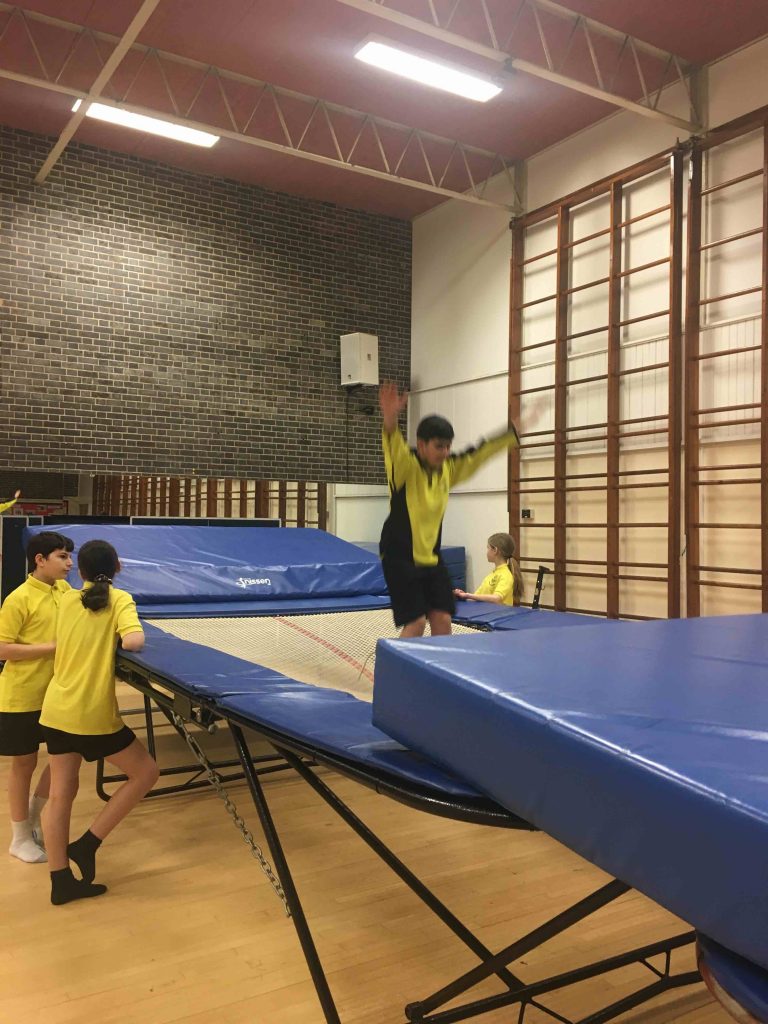 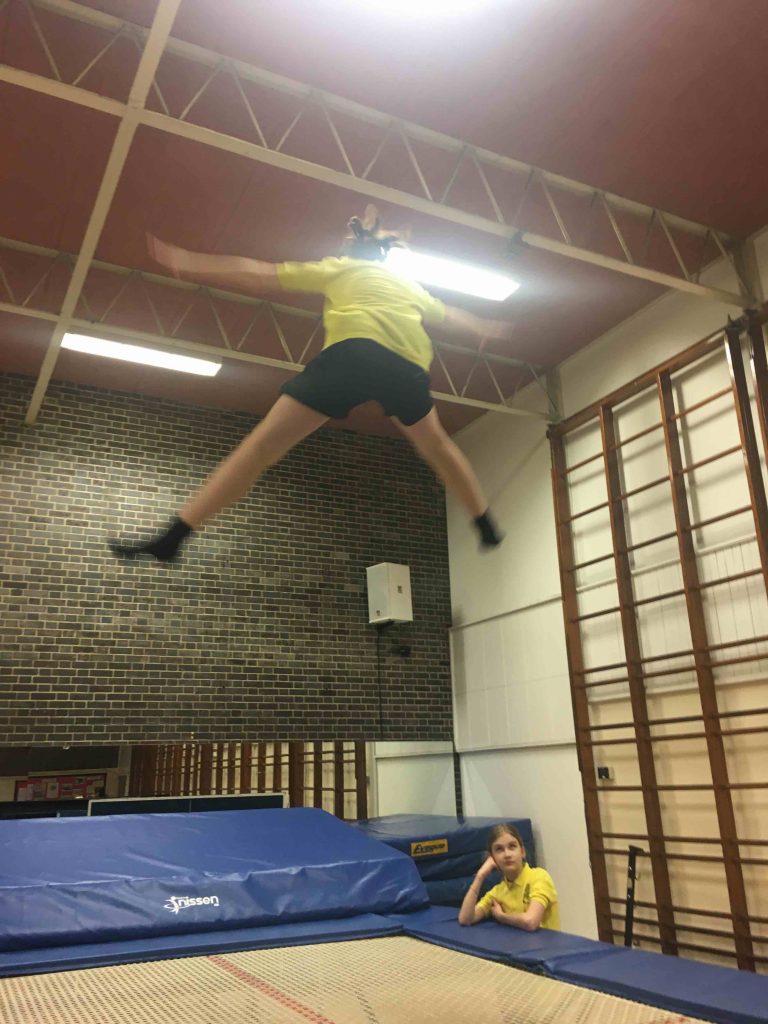