NEWS The new term sees the start of the 2019 basketball season with practices and matches taking place throughout the next few weeks. Each year group has a lunchtime practice...

It was nice to hear the many positive comments made by staff and students as the entered the newly refurbished G Block or Maths Faculty area of the school at the start of this new...

Exit tickets are a great strategy to employ that help capture the learning journey at the end of a lesson. Students complete them highlighting what they have achieved and asking...

A Great Start to the Day

The Business Studies Department launched the Young Enterprise’s ‘Tenner Challenge’ to the Year 10 cohort on Monday, 14 January 2019.  It is a National Enterprise...

As part of the GCSE Geography course, students are required to undertake two field work investigations away from the school site. Following on from our trip to Weymouth last year,...

Scientist of the Week – Issue 33

On Tuesday 6th November 2018 a selection of top students from Years 12 and 13 participated in the UKMT Senior Maths Challenge. It is a 90 minute multiple choice paper consisting...

The new term sees the start of the 2019 basketball season with practices and matches taking place throughout the next few weeks. Each year group has a lunchtime practice session available to all students with teams competing in the District Basketball Leagues. Also on Wednesday and Thursday the popular gymnastics club has started with students working towards the District festival later in the term. Netball is also continuing for the younger years with our Year 7,8,9 and 10 football teams also looking forward to their respective District League Football finals.

This term will also see the Year 12 Cambridge Technical Sports students taking a series of coaching sessions with the younger students. It is great to see our senior students making such a positive contribution to school sport as part of their course. To add to this a new group of Year 10 trainee Sports Leaders begin this week with their first challenge to lead and support the next Primary Sports festival on Friday 25th January.

There is lots to look forward to including hopefully many students who have made the decision to lead a more active and healthy lifestyle in 2019. Our Health Week is taking place in March and we look forward to seeing if our students can show improved fitness levels. Regular participation in exercise both in and out of school will really make a difference.

Comment : A battling performance from the team against our local rival school, saw BMS come out as victors. With Ried making the game uncomfortable for the opposition defence and the midfield working tirelessly to win the ball back, BMS were far too strong for Queens and should have won by a clearer margin.

Comment- This was the year 10’s last league game this season. The girls had to really battle hard to secure this win. They all made interceptions and worked hard down court to get free and defend. As always the girls displayed a really gritty attitude and thoroughly deserved this win.

On Monday 14th January, we took some girls from our u15’s team to a football festival at the Arsenal Training ground. The day involved some short training sessions with Arsenal coaches & friendly 7 a side matches between 6 schools that were involved. The team performed very well winning 3/6 with only 2 defeats. The session was ended with a Q&A with some of the players. Overall, it was a fun and inspiring day for all of the girls involved. 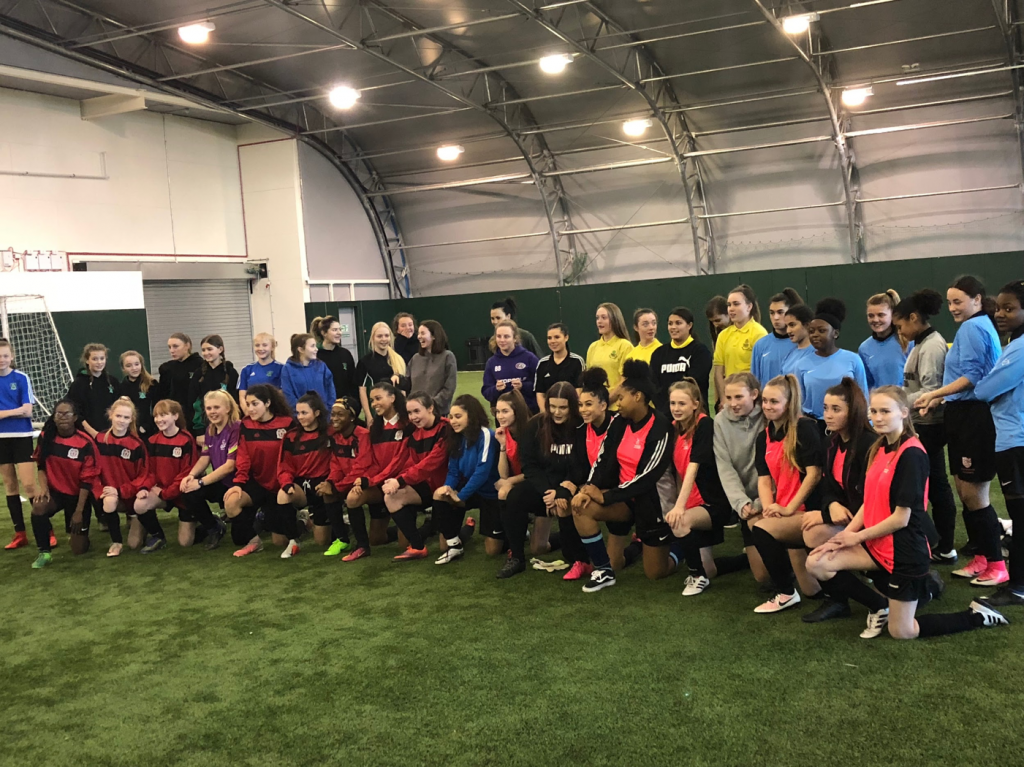 The Business Studies Department launched the Young Enterprise’s ‘Tenner Challenge’ to the Year 10 cohort on Monday, 14 January 2019.  It is a National Enterprise...

NEWS The new term sees a change in activities in the PE Faculty with the summer sports of athletics, cricket, rounders, tennis and softball taking centre stage. Clubs will...

Posted on 9th May 2019 by Ashley Cartledge