On Wednesday, the 11th of December a “Science in Action” trip was held for a small group of Year 10 students. We were taken to the Emmanuel Centre in London to learn about the...

Every year, the Humanities and Social Sciences Faculty like to present some extension suggestions for all its students to enjoy over the Christmas holidays.  Do have fun with...

A key part of the role of the prefects is to complete a lunchtime duty within the school – this week saw the prefects completing their first set of official duties. Mr...

As we approach the end of another busy term, Mrs Hanbury’s Year 9 food class wanted to showcase their new found confidence in the kitchen by planning and making their own dishes...

Assistant Pastoral Manager Mrs Blowers reminded all students in Years 8 and 9 how much they had achieved this term. There are so many bronze, silver and gold certificates to hand...

Overall, the Bushey Meads School election last week was a great success. Despite a significant minority of spoiled ballots, the whole school did its best to get involved and...

It was a privilege to join our hard working Sixth Form students in their final assembly of the year led by our outstanding Head of Sixth Form and Associate Leader Mr...

A question a day keeps exams at bay!

In our Staff Briefing ‘Monday Magic Moment’ at the start of this last week of the autumn term, our hardworking Head of Physics Miss Booth shared some best practice in...

Getting to know you!

During an impromptu conversation with Nehal Pabari (11Oak)during a PE lesson, she explained to me that she had attended Hindu school the weekend before.  As it happened, I was...

On Wednesday, the 11th of December a “Science in Action” trip was held for a small group of Year 10 students.

We were taken to the Emmanuel Centre in London to learn about the different ways in which science is involved in and impacts upon our daily lives.

Firstly, we had a very engaging session with Greg Foot (a science presenter) where he talked about his contribution to the Xtreme Everest project. This project is investigating what exactly happens to our bodies when there is not enough oxygen reaching your organs and when oxygen isn’t being used correctly. The Xtreme Everest team, at Mount Everest, took in healthy volunteers like Greg to partake in exercise tests. A few students were given a “new drug” to consume by Greg, which was actually beetroot juice, which is believed to aid oxygen delivery to mitochondria within the body. 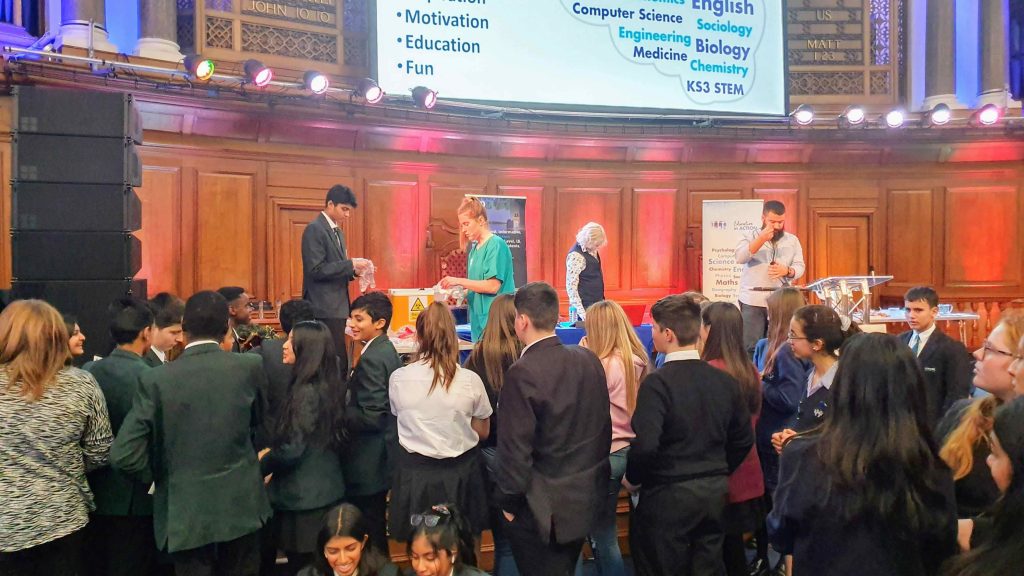 Dr Helen Pilcher explained how advances in genetics have made ‘de-extinction‘ a reality; and how the reappearance of woolly mammoths, baby-burping frogs and other animals will soon put an end to the belief that extinction is forever. She explained how a bucardo (a mountain goat) that was once extinct (not anymore), was recreated, but surviving for only 7 minutes after birth. This seemed like a Frankensteinian fantasy yet opens up many doors for the future of science. How great is it thinking that we could possibly get the woolly mammoths and other interesting creatures back? 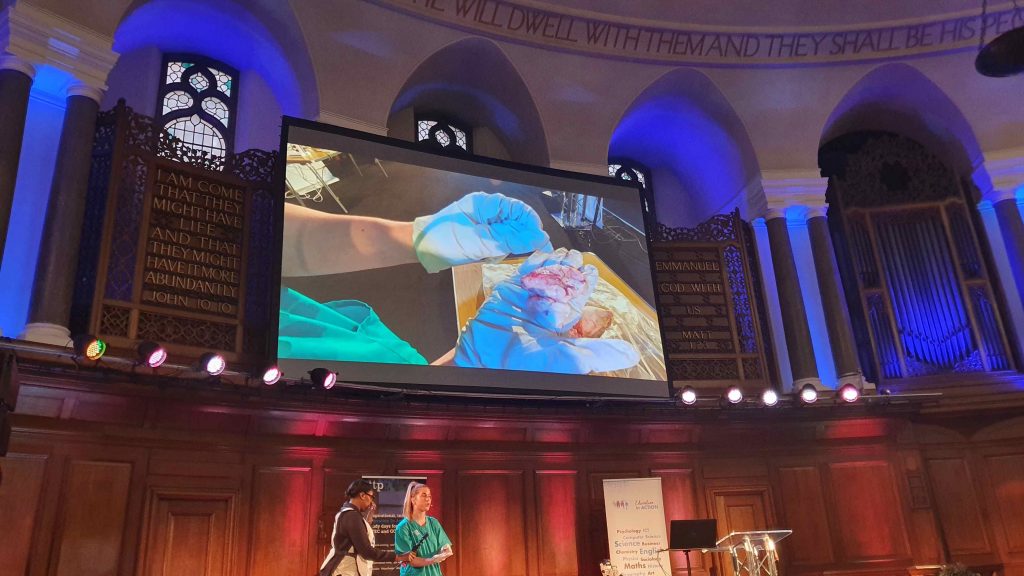 Another one of the talks was about how fuels affect every aspect of our lives from travelling, watching Netflix or simply buying a loaf of bread. It got us all thinking about how much energy we use, what type we use and how long it will last. We were given different options as to how fossil fuels could be replaced. We were shocked at how much we rely on fossil fuels, and how we overlook the negative consequences of these and future possible replacements.

We were all surprised by the arrival of Primrose Kitten – a sort of celebrity in the study world. She spoke passionately about revision strategies and how we could maximise the benefits of them. Primrose Kitten described a revision method that was proven to boost grades and help retain information; the method was to study two subjects for two hours. You would spend ten minutes at a time revising one subject e.g. physics and take a five minute break after every study session. After every break she recommended you switch to another subject e.g. French for another ten minutes.

As we progressed throughout the day, we had the valuable experience of a surgeon from ‘Operating Theatre Live’ educate us about our body organs and the functions of these organs. Not only this, but we had the chance to feel real anatomy right under our fingertips! This was a fascinating sight for future surgeons and individuals that aspire to pursue a career in healthcare.

Our final session was with the man of many talents – Marty Jopson. His session was quite interactive as he showed us what lay deeper in the mobile phones we tend to use as part of our everyday life. Believe or not, our mobile phones are made up of around 30 elements! Marty Jopson revealed the damage caused by our phones to the Earth through demonstrations and animations, including smashing a visiting observer’s phone, to her horror. Such a simple shock tactic, but quite effective! It’s fascinating to think about the extent to which our devices are costing the Earth. 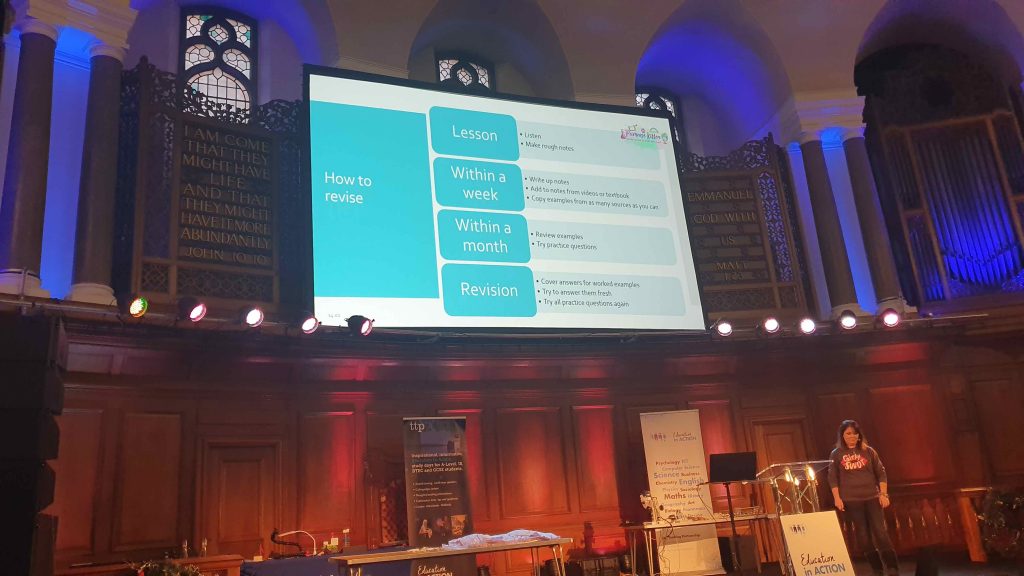 After a fun and interesting day in Westminster, we returned to Stanmore Station after we trudged home. We learned a huge amount from this experience that we may otherwise have never discovered, and we look forward to going on more trips like this in the future! Thank you to all the teachers who came with us and organised the trip, especially Miss Booth for leading the trip. It really was a great, educational day out!

In year 8 textiles, Bushey Meads students research a chosen client and they create a sensory activity mat especially for them! Some of our students have selected to make their...

Scientist of the Week – Issue 70