‘Pride and Prejudice’ (1813) by Jane Austen Enduringly popular and a great introduction to Jane Austen, the novel is set in rural England in the early 19th century. It follows the...

Here’s another submission as a result of the contribution plea a couple of weeks ago. Our very own Beverly Biggerstaff sent me an article which highlights the highs and lows...

During lockdown the Arts faculty student leaders have come up with a series of arts challenges for all students and staff to complete. Even though the challenges have only been...

Staff and students alike, have had to get used to setting, completing and submitting work online and in this article, you can see the results of the SAM Learning Weekly...

Lockdown Stories from The Music Department

When we first went into lockdown, I realised how lucky I personally was to have a bit of extra time to myself. I planned big projects I was going to do: to teach myself to play...

STEM Challenge of the Week: Mama Mia! Fancy Some Spaghetti?

Dear students, parents and carers, Here is our next STEM Challenge of the Week.  It’s a fun challenge for all the family to get involved in. Have you got some spare...

Word of the Week: Scourge

Acts of Kindness in the Community

Calling all students! We have now launched the D&T Monster challenge! Using resources that you have at home, make us a monster of your own! You can be as creative as you like!...

Enduringly popular and a great introduction to Jane Austen, the novel is set in rural England in the early 19th century. It follows the Bennet family, which includes five very different sisters, as Mrs. Bennet anxiously seeks to see all her daughters married before their modest family estate is inherited by Mr Collins on the death of her husband. Spirited Elizabeth Bennet spars with the proud Mr Darcy in her quest to marry for love rather than material security.

Once read, you may want to view one of the television or film adaptations. The most popular TV adaptation was from the BBC (1995) and the 2005 film starring Matthew Macfadyen and Keira Knightley was also well-received. 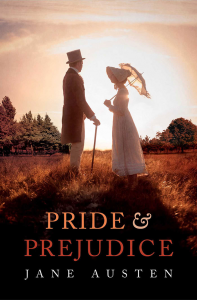 Posted on 16th May 2019 by Danielle Bowe
English

Prem Patel, Year 8, sent me a copy of this poem that he found while working on his Silver Reading Award. Written in 1927, it would be easy to believe the poem was written...