Another Jam-packed Term in the BMS Debating Society

It is has been a very eventful term for the Debating Society at Bushey Meads School. On Friday 23 February, thirteen students from across year groups headed for the Houses of...

Over the last few weeks our hardworking Year 11 and Sixth Form students have been extremely busy taking their final GCSE and A level examinations. Again this year staff at Bushey...

As Y10 work hard in preparation for their end of year PPE exams, the students have been looking back over the work they have produced over the past year to review their learning...

Act of Kindness in the community

Every second Tuesday, on behalf of The Red Trust (local charity), one of our School Governors, Mrs Raymond, helps out serving hot chocolate in Little Reddings playground after...

On a Friday at 16:15 there are not many students around so it was a lovely surprise to find six Year 10 students in a classroom revising together for their upcoming Pre Public...

The Year 11 Textiles students are coming to the end of their GCSE course. They have been been a lovely group to teach and I will miss them greatly next year! I wanted to share...

Keera, 8Elm, entered the Young Writer’s creative writing competition where she had to write a short story of 100 words based on one of 8 ideas. Keera’s piece, Return Trip,...

Another Jam-packed Term in the BMS Debating Society

Kashan Malik
Another Jam-packed Term in the BMS Debating...
Posted on 25th June 2018 by Kashan Malik

It is has been a very eventful term for the Debating Society at Bushey Meads School.

On Friday 23 February, thirteen students from across year groups headed for the Houses of Parliament to represent our school in the Watford inter-school debating competition, hosted by Watford MP Richard Harrington. Aaron (Year 13) and Nathaniel (Year 12), participated in the first round of the competition, debating against the motion that university tuition fees should be scrapped. 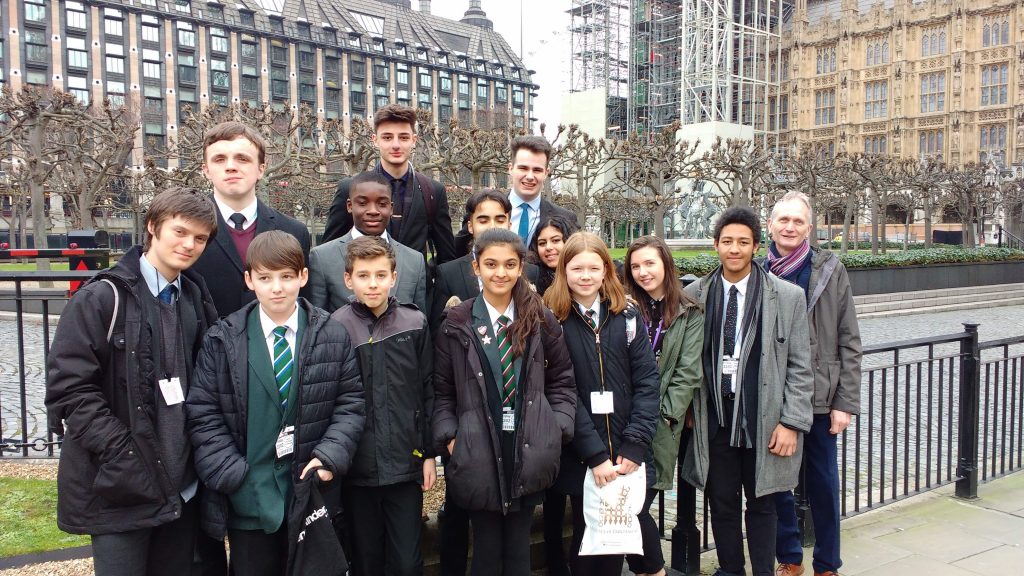 Members of the Debating Society standing by Westminster Hall

The debate was of very high quality, with constructive arguments on why we should retain tuition fees. Unfortunately though, the panel of judges (which included the associate editor of The Times newspaper, Lord Daniel Finkelstein) decided that Queens’ had a slight edge over us on this occasion. We were knocked out of the competition. Nonetheless, we are very proud of both Nathaniel and Aaron for their valour.

We were still able to listen to debates being presented by other schools, which included topics such as whether climate change is manmade, whether US President Donald Trump should be afforded a state visit to the UK, and whether there should be censorship of social media sites. Many congratulations to Queens’, who emerged victorious in the final. Despite our defeat, the trip was a great day out, especially for students for whom the trip was their first time visiting Parliament. Thanks to Mr Newbold for taking us. 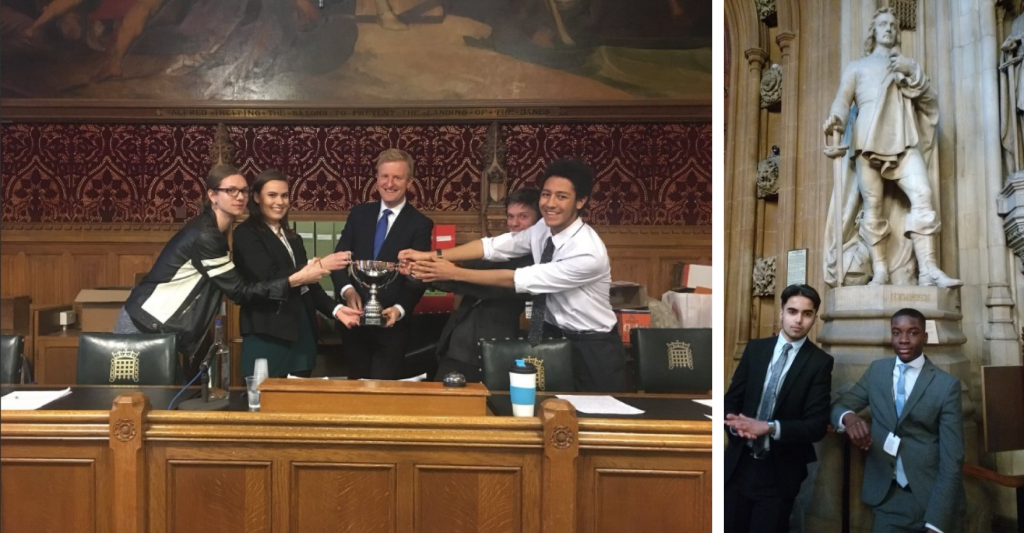 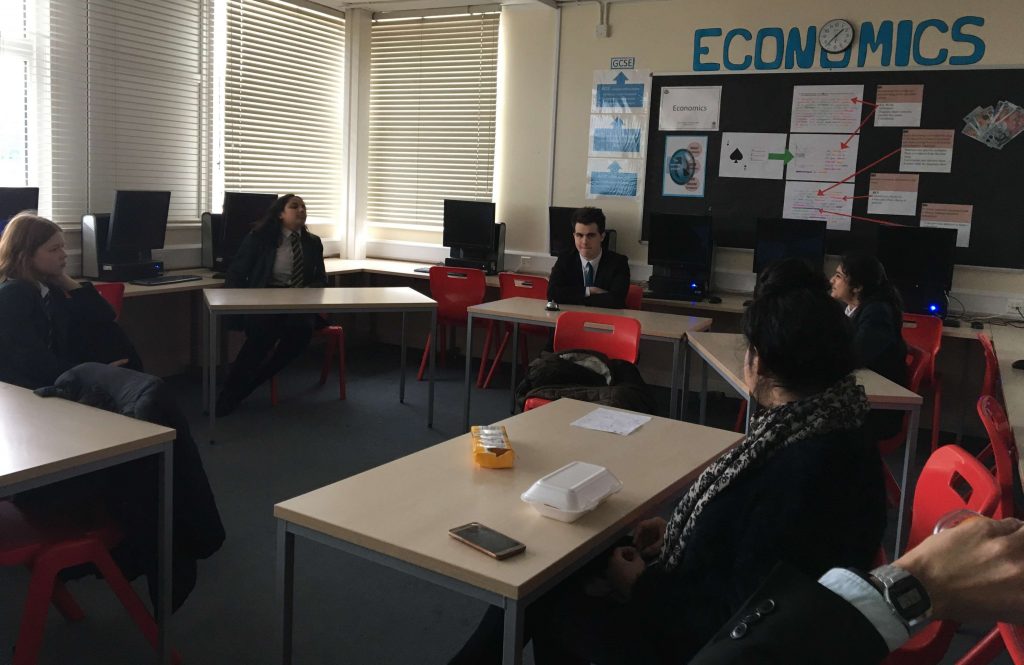 Simran (Year 9) up against Jhanavi (Year 8

It is clear that with each new debate, the debating skills of students improve, with increased focus and discipline in their presentation. Additionally, I am pleased to report that turnout at these debates has risen sharply this term, particularly among sixth form students, who have massively contributed by critically challenging and questioning the debaters on the topics.

In addition to debates, I arranged debating activities aimed to improve debating skills. One such activity that proved very popular this term was one in which students randomly chose a debate title, and then have to defend or oppose the motion they have chosen. After picking the statement “The UK should abolish the monarchy”, Amira (Year 13) argued in favour of the motion, saying that the monarchy lacks relevance in the UK today.

Other debates included in this activity were “Shakespeare should not be part of the English curriculum”, “Christmas should be purely about celebrating the birth of Jesus”, and “After Brexit, the UK should continue to have free movement of people from the EU”. This activity was highly effective in improving debating skills, because participants were forced to ‘think on their feet’, having to construct their argument and respond to challenges without preparation. Louis (Year 12) found the activity particularly helpful. He said it helped “improve [his] listening and communication skills”.

As we begin the summer term, the Debating Society will continue to hold debates which I hope will attract even larger audiences. Would you be interested in joining the debating society? If so, email me at [email protected] for more information.

It is always so good to hear from our amazing students about some of the accomplishments they make and the activities they take part in outside of school hours. One of our top...

A First for Bushey Meads – Fishing

On the recent Enrichment Day, 11 students chose to go fishing – a first for Bushey Meads School. We struck gold in securing the generous hospitality of a local angling club...