NEWS Last week I spoke of the achievements of some of our students in winning District competitions in both football and athletics. The success of the Year 8 and 9 football teams...

NEWS This half term sees all the boys in KS3 participating in rugby. The ethos of our rugby provision is very much about ensuring all students have a positive learning experience...

Last week I spoke of the achievements of some of our students in winning District competitions in both football and athletics. The success of the Year 8 and 9 football teams in Wednesday’s League Cup Finals with narrow defeats for Year 7 and 10 further evidence of the positive performance levels of the BMS students. However it is the success of a former student that we must really celebrate this week. 19 year old Dominic Ashwell continued his outstanding progress in athletics by winning the British National Championship Indoor 60m Final on Saturday in a time of 6.64seconds. This is an outstanding achievement and a real testimony to the hard work Dominic has put into his sport over the last 7 years. He made an outstanding contribution to athletics at BMS breaking the Hertfordshire County U18 100m record that had stood for 28 years as a 15 year old. He has continued to progress and last year came 5th in the World Under 100m Final. He beat a high class field to become national champion on Saturday in front of the BBC TV cameras. You can read more about Dominic’s fantastic achievement on this link :

We look forward to following his career develop over the next couple of years. 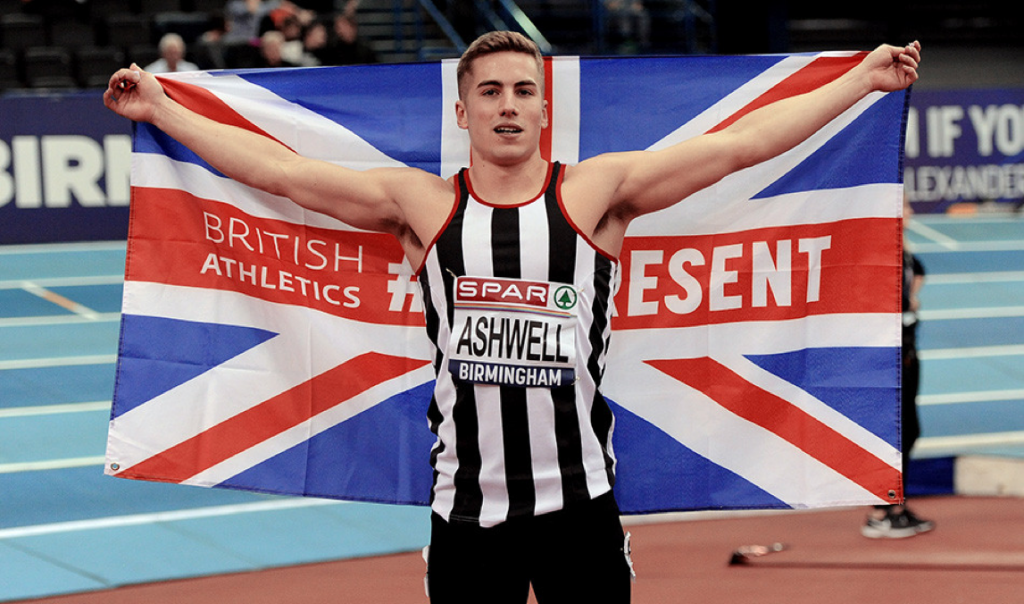 Comment : The Year 10 unfortunately suffered a final defeat in a game that defined the saying ‘a tale of two halves’. With Mr O’kelly back on the sidelines a positive start was expected and for the direct style of football that they play to come through. With a strong tail wind for Bushey academy long balls and throw ins they were able to attack down the flanks and get many crosses into the box. In a 5 minute spell where marking was not at its best and the BMS found themselves 2-0 down at half time, however this could of been more without some excellent saves from keeper Jesse. After a firm word from Mr O’Kelly the boys stepped up and delivered a much improved performance creating chances and were denied a dead certain penalty by the referee. As BMS started to push on and pressure increasing on the Bushey Academy defence tempers started to flair leading to red cards – one for other side. This didn’t phase BMS and continued to stop the Bushey Academy attacks with Archie and Harris showing solidarity at the back. Finally BMS caught a break following another clumsy tackle a penalty was rewarded with Reid Sims put away confidently. Moving into the final moments with BMS high up the pitch the Bushey Academy put away an excellent left footed strike from outside the box that no keeper would of kept out. An unfortunate end to an excellent season and they left everything out on the pitch with their second half performance.

Comment : The Year 9 team won the District Division 1 Cup final for the second year in a row with a fantastic second half performance in a very closely contested final with Immanuel. A cagey first half saw very few chances for either team.  However the BMS team took control in the second half with an excellent display of attacking football. Early in the second half after missing a couple of chances the deadlock was finally broken after a well taken finish from Nathaniel. As the game went on there was only going to be one winner as some excellent play in midfield saw the BMS team dominate possession. The team were finally rewarded with a second goal after a scrambled finish from Stan from a corner. The BMS defensive trio of Mashrur, Sean and Hammaad were excellent throughout and the real team ethic from the boys was evident. It has been another great season from the squad who can look forward to promotion to the district premier league for next season. 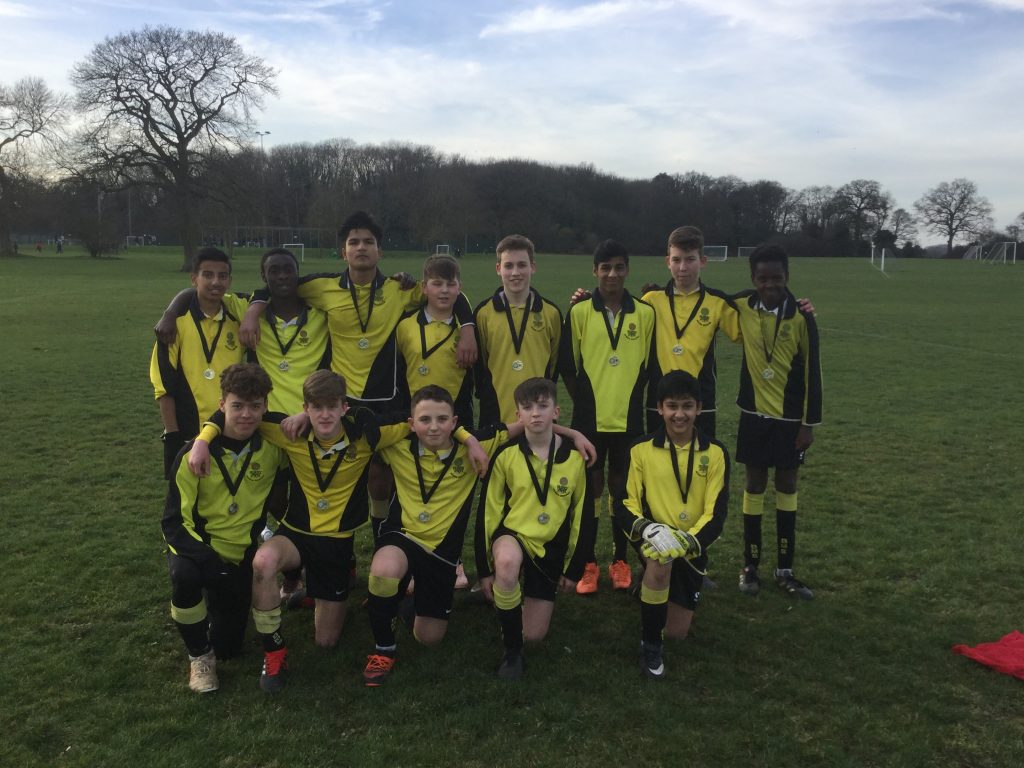 Comment : Wednesday saw the year 8A team play their District League cup final against immanuel. Right from the very start of the game the team were playing some excellent football and were creating plenty of goal scoring opportunities. Their constant pressure finally paid off B.Narroway cooley slotted the ball into the back of the net from a tight angle. The game then swung in favour of the opposition as they bagan to find their feet within the game and managed to win a penalty, which was coolly dispatched to draw the game level at half-time. The team began the second half slowly, conceding possession on a couple of occasions and quickly saw themselves 2-1 down with plenty to do in the second half. The tea, soon found their rhythm again and were creating some excellent chances again to get back on to level terms. They soon managed this through an excellent solo run by R.Ismaili who was brought down in the box and scored the resulting penalty. The team continued to apply the pressure on the opposition with some excellent team play and were clearly enjoying the occasion. After a powerful run from B.Narroway down the left bushey won a corner. The resulting corner was swung into the box and was met with a fantastic header by . From that point on the team never looked back quickly adding a fourth and fifth through G. Gonzalez-Aller and D.Richards . Immanuel managed to score a another goal with a couple of minutes to go but the team managed to hold strong and see out the rest of the time for a deserved 5-3 win. This capped of what has been a fantastic year for the team well done to all involved. 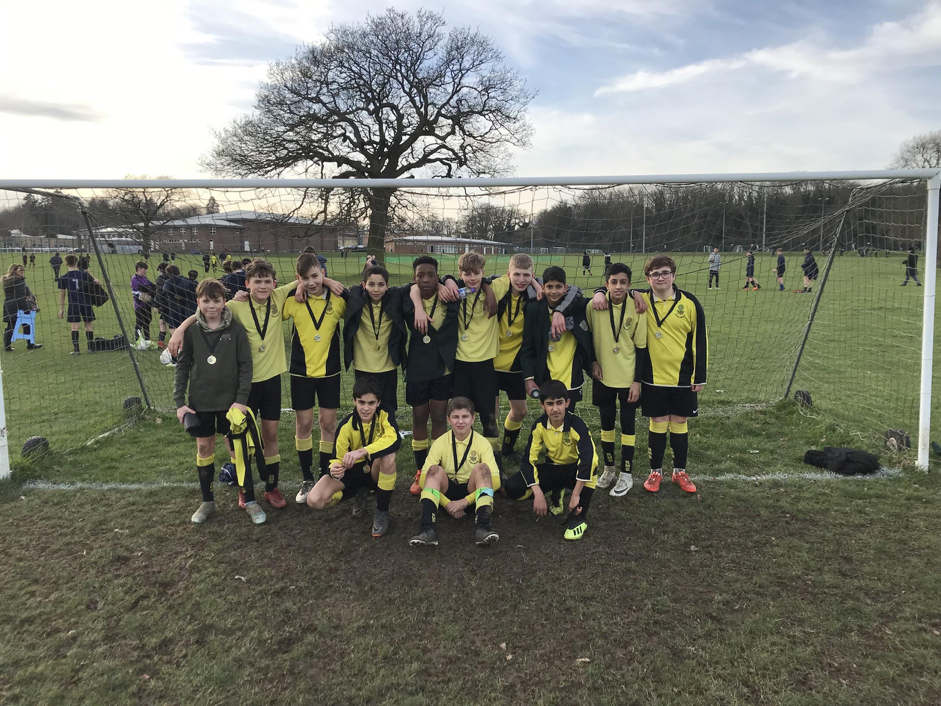 Comment: On wednesday afternoon we travelled to Parmiters to play against Bushey Academy in the district league, division 1 cup final. It was a big challenge for the boys as it was their second game of the week. We did not have the best of starts to the game and were 4-0 down at half-time. However, we did show strong character and determination in the second half to score two goals and did not get the luck that our second half performance deserved in some situations. The boys conducted themselves respectfully after the final whistle and applauded the winning side when they received their medals. Of course the squad were disappointed not to get any silverware for their efforts in the league this year, but we had a great first year of football and are all looking forward to 11 a-side next year.

Comment: This squad of year 7 players have been very impressive within each round of this years county cup and have given a great account of themselves in their first year at Bushey Meads. To get to the last 4 of The Hertfordshire County Cup is a fantastic achievement and the boys should hold their heads high. We were knocked out of the competition away at The Hemel School where we met a talented and well organised side, who are favourites the win the cup. The match was a great opportunity for the students to gain an idea of the very high standard of football within our county and they will all benefit from this cup run.

Congratulations to M.Worley and K.White who have been selected to represent Watford in the county schools swimming gala on March 8th.  Well done girls we look forward to hearing how you get on. 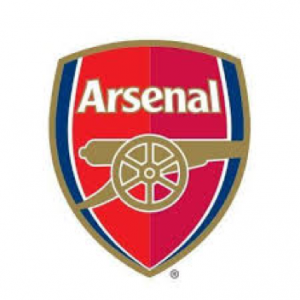 A reminder that we have been very kindly, again, been gifted tickets to all of Arsenal Ladies home matches this season (league and cup)  The tickets are free to all of the school community. If you would like the opportunity to watch ALFC play at Meadow Park Borehamwood please email Mrs Cooper who will organise the tickets for you.  [email protected]