Earlier this month Bushey Meads drama students attended their first virtual theatre trip. At 7.00pm on Thursday April the 2nd, all GCSe and A-level drama students who were able to...

As many people find themselves looking for inspiration about what to do during extended periods at home, what better than read the books you’ve had on your list...

Before the Easter break I launched my MOOC (Massive Open Online Course) challenge to all stakeholders – this was partly to shame myself into completing my own MOOC. Having...

Over the past week or so, there have been a growing number of stories of inspiration and hope for humanity and kindness. One such story in our own school community is that of the...

On the last Friday before schools were shutdown for the majority of students, year 11 D&T students were given the challenge of building a paper tower. The towers were judged...

Ready For A Reading Challenge?

There is no doubt, welcome or otherwise, we are finding ourselves with more time on our hands- so many people are taking up new interests. We are also very conscious that our...

So how have the first 10 days of ‘no school’ been?  How do you feel about (potentially) another 15 weeks of the same? As both a teacher and a parent of three boys – aged 5,...

Psychology’s silver linings during this time

We are in the midst of a global paradigm shift, as the impact and status of the COVID-19 virus evolves daily. As the world faces uncertainty, fear and anxiety are heightened and...

Appeal to All BMS Artists!

Calling all BMS artists ‍‍ Your help is needed! The newly created NHS Nightingale Hospital would like to decorate its new wards with bright & beautiful drawings by young...

Earlier this month Bushey Meads drama students attended their first virtual theatre trip. At 7.00pm on Thursday April the 2nd, all GCSe and A-level drama students who were able to logged on to watch the National Theatre’s production of One Man, Two Governors – a re-telling of the Carlos Goldoni’s classic commedia dell’arte play A Servant To Two Masters. Students were encouraged to dress up and watch with their families. 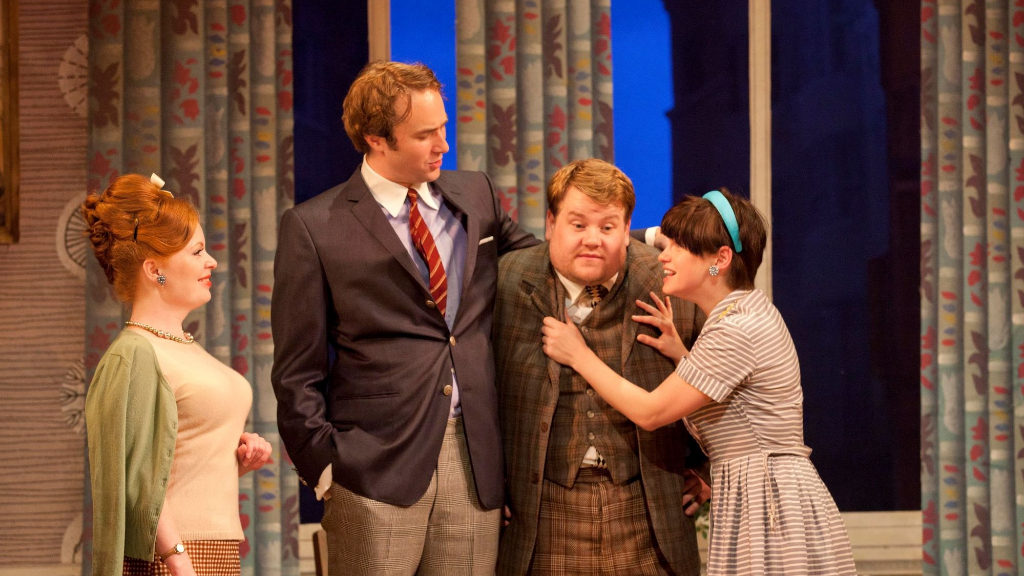 Despite the lockdown, students still submitted some excellent reviews of the production.
Here are a few snippets of what our students said:

The actors successfully utilised commedia techniques to make the performance “one man, two gov’nors” a timeless art form. The main protagonist James Cordon used techniques such as fast dialogue, exaggerated movements and exemplary comic timing to create a comedic effect on the audience – Cerys Lightfoot
One man, Two Guvnors is a comical, enjoyable journey of a play that invites all ages to laugh using another outdated artform as it’s source of inspiration – Luka Kovaletskye
Bean successfully was able to communicate his messages over to the audience and still find a way to make the audience laugh; moreover finding a way for them to actually listen  – Franchesca Boselli
The use of physicality in One Man 2 Guvnors was very effective. All the characters used it to express themselves specifically Francis Henshaw during his moments of clumsiness – Tofunmi Rilwan 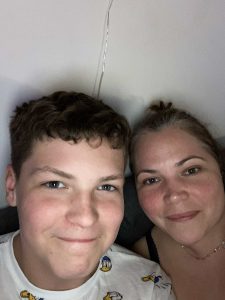 Brynley and mum watching the show

Our sixth form students were asked whether theatre can be described as a timeless art form. The fact that the National Theatre had to react to the current situation we find ourselves in. A fact not lost on Marie Hofer Tillyer – thus theatre is not timeless but instead constantly evolving.

Despite the lockdown, perhaps theatre can survive and even prosper and continue to be an important factor in our lives by providing a little bit of meaning in our lives.
Greg Knowles

With the GCSE and A level examination season well underway, I would like to thank all the staff for continuing to really go the extra mile for all our hardworking Year 11 and 13...

You CAN revise for English!

I’m sure you have all heard someone say, “You can’t revise for English!”.  You might have even said it yourself!On Wednesday 15th January the English department addressed this...