NEWS DISTRICT CROSS-COUNTRY CHAMPIONSHIPS Over the last week over the Year 7,8,9 and 10 Watford District Cross-Country Championships have taken place at Royal Masonic School in...

A great start to Governors Day!

On Tuesday this week the school governors were invited to have breakfast with our fabulous Student Learning Consultants. (SLC’s)   Pictured here are our superb SLC’s encouraging...

The MFL Faculty is delighted that the Yr 8 residential trips to Normandy and Valencia will be going ahead again this year in July 2019. Year 8 Spanish trip 8th-12th July 2019...

All year 10 students participated in an enrichment event designed to enable them to develop their Enterprise and Business Learning skills and prepare them for a successful...

On Tuesday 2nd October, year 10 and year 11 Religious Studies students went on an informative trip to the Ismaili centre. This trip was educational as we learnt all about Shi’a...

Over the last week over the Year 7,8,9 and 10 Watford District Cross-Country Championships have taken place at Royal Masonic School in Rickmansworth. Over 60 BMS students have taken part in the races in testing conditions over 1 and a  ½  and 2 mile courses. Special mention must go to Patrick K in Year 9 and Ronan I in Year 8 who both qualified for the County Championships in February with 5th and 6th placed finishes respectively. With over 100 students from the local District schools in some of the races competition was fierce but all the BMS athletes can be proud of their efforts 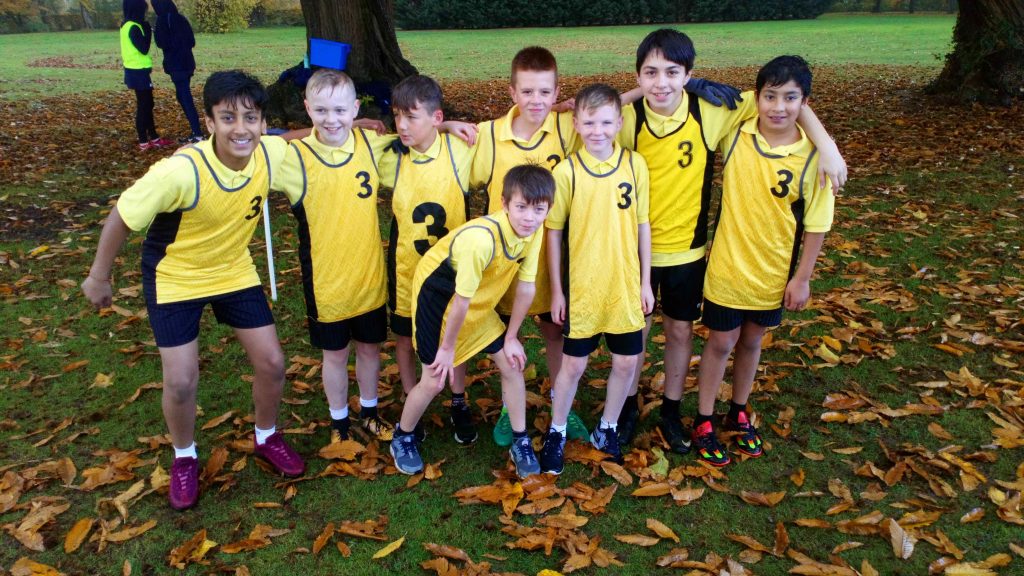 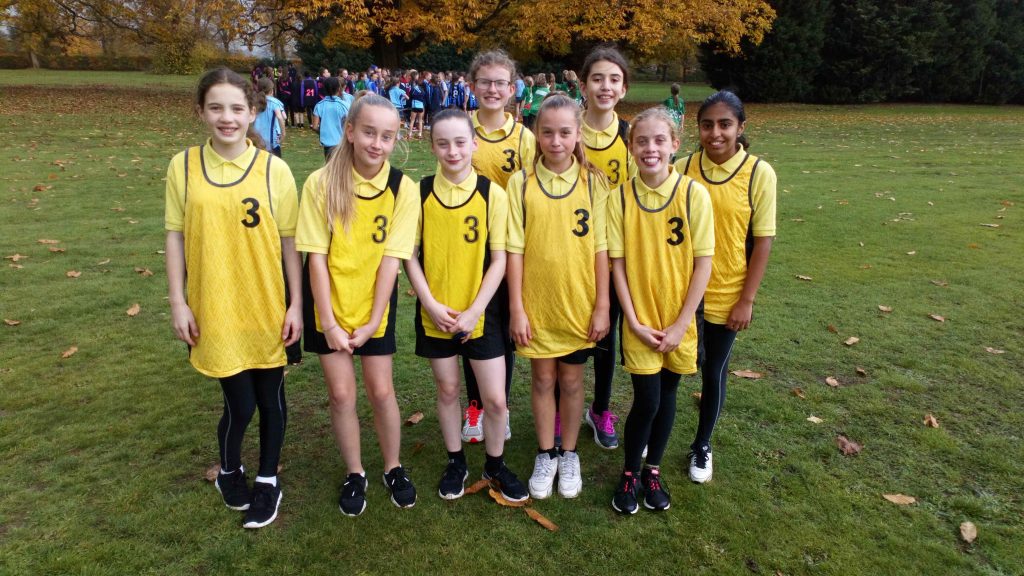 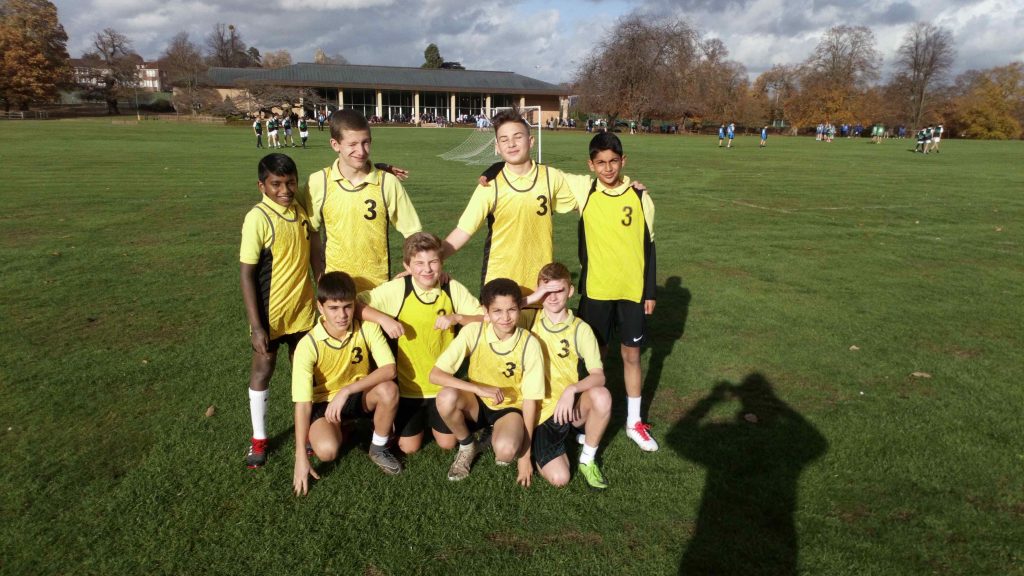 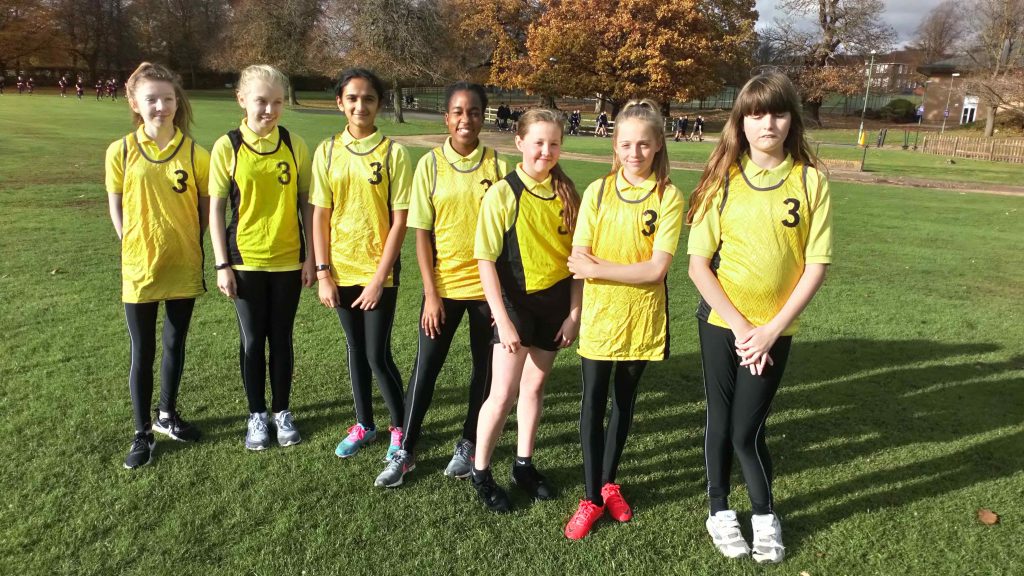 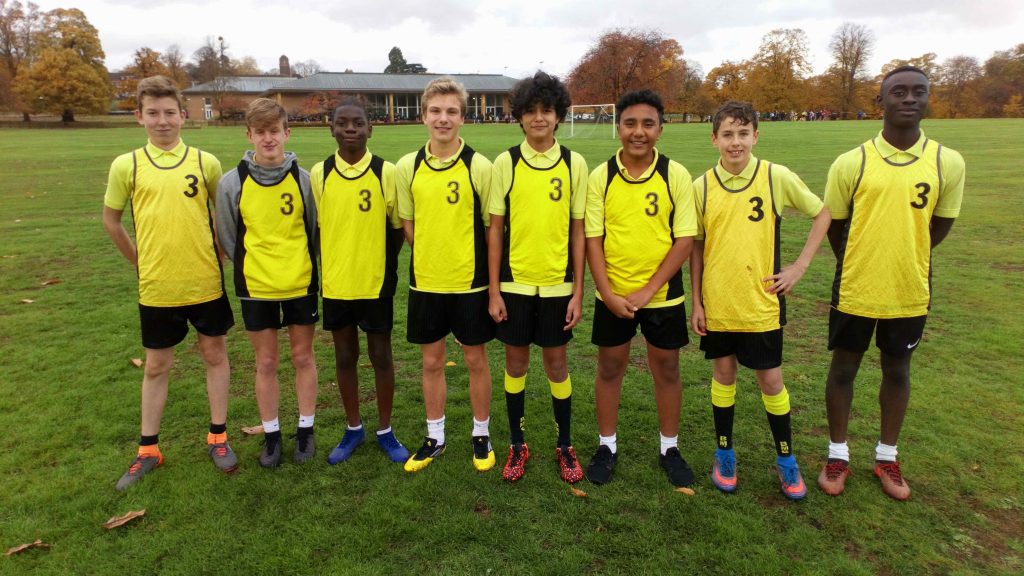 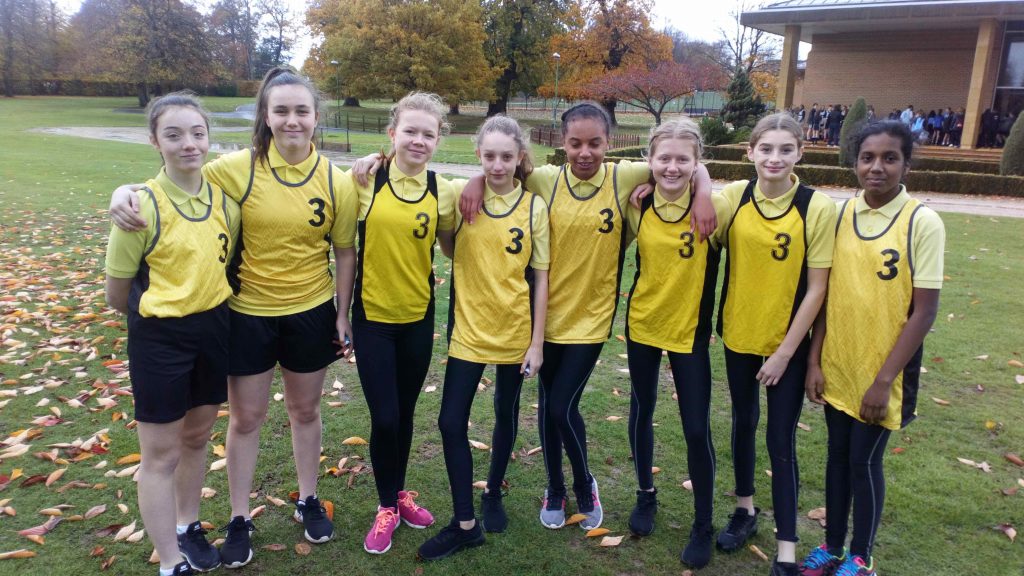 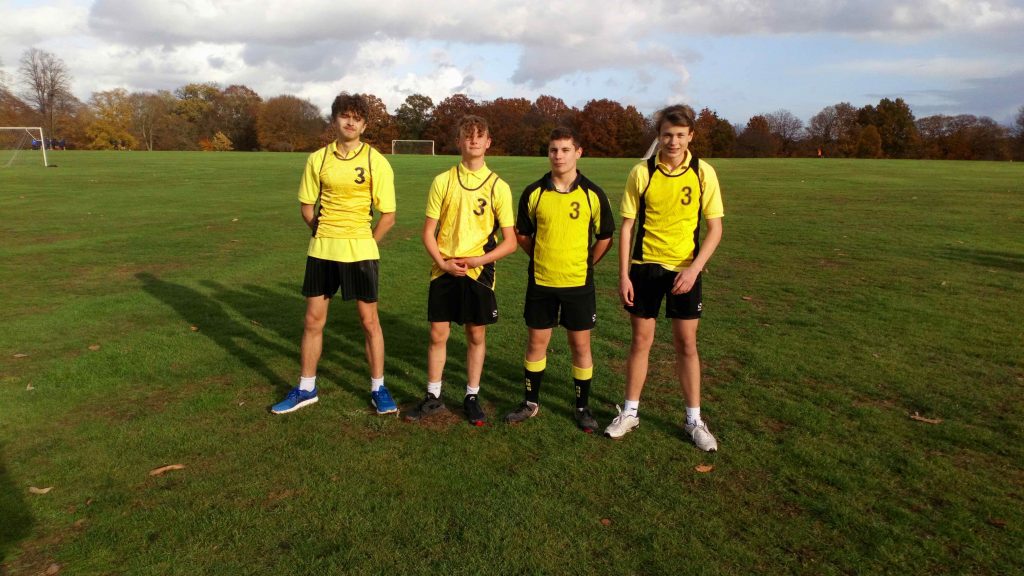 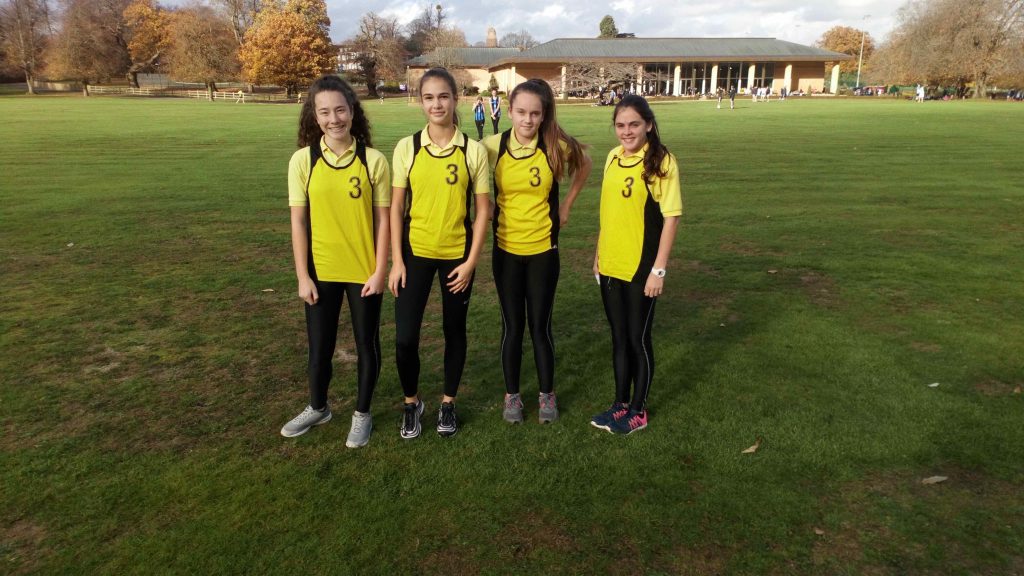 Comment : Leading at half time against a solid opposition was a position not expected against a team in the division above. Sadly, in the second half the oppositions strongest players were able to take the game by the scruff of the neck and score a number of unanswered goals. Despite going close in the second half BMS were unable to pick up another goal leading to what would seem a one sided result, but the team should be proud that they pushed the opposition to the final whistle.

Comment : A convincing win for the boys who dominated the game from start to finish. Some excellent goals scored and even a cameo appearance from Aarav on the left side of midfield in the 2nd half.

Comment : The year 9 boys recorded their 5th league win of the season in a very closely contested match with Immanuel. After narrowly beating them on penalties last season in the District League final it was always going to be a close match and this proved to be the case in the first half with the teams going in at 2-2 at the interval. However the 2nd half saw the boys begin to take the control of the game and some excellent attacking play and finishing eventually saw the boys record a very important win.

Comment : On another fine Saturday morning another tough test arrived for the year 8A team against a strong St Michael’s side. The game did not start in the best fashion for the boys as they conceded an early goal. However this spurred them on and they began playing  fantastic football. The team managed to score three excellent team goals to take the lead into the break. However after concededing another early goal in the second half the boys unfortunately the boys suffered defeat to a excellent St Michael’s team. Plenty of positives to take from the game as well as a few things to work on and implement in their next fixture.

Comment : Last saturday we met a strong St.Michael’s side who were well organised and disciplined. Our overall performance perhaps merited a closer scoreline at the final whistle, but we did not take our chances when they arose. There were many positives that were taken from this loss, which the players identified at the end of the game. We are now looking forward to our next fixture on Saturday, where we are planning on actioning on our feedback as a team.

Comment : A great performance against a strong St Michael’s team. The boys came back from behind twice to gain a respectable draw. Some great saves by Samarth S kept the team in the game early on before some brilliant goals by captain Charlie H and second half substitute Hadeed W. Ellis Y led by example with his determination and strong tackling in the last minutes to see out the result.

Commended performances : R.Richards voted for by the St.Michaels team.

Comment: Year 7s continued their unbeaten league run with a dominant but hard fought victory over St.Michaels.  In a close first quarter goals from R.Wheeler and O.Hansen saw BMS take an early lead before taking control and an unassailable lead into half time.  Fantastic defensive work from C.Nwodo, K.Kovarova, G.Mitea and captain R.Richards ensured St.Michaels shots at goal were limited.  In the second half S.Hindocha and H.Imansoura put pressure on the opposition winning numerous turnovers and ensuring BMS secured a well deserved victory.  A great team effort.

Commended performances : F.Kelly voted for by the St.Michaels team.

Comment: In a close game BMS came out on top with a hard fought final couple of quarters. Trailing at half time BMS rallied and put together some great passing sets which were converted by V.Pratt and A.Parker to ensure the victory.  Tight defensive play from R.Aravindan and A.Finley began to pay off and the ball was easily transferred through the mid court with great link up play from O.McManus, K,Williams, A.Wells-Harbin, A.Rashid and F.Kelly. A great game and deserved victory.

Comment:  The entire team played well and managed to get the ball in to the attacking third quite frequently.  St. Margaret’s managed to convert every shot that made it into the circle.  This is what made the difference this week.  Well done to the whole team for maintaining a competitive spirit throughout.

Commended performances : M. Sanchez for her endurance throughout the game in and around the centre court area.

Comment: We were missing some key players this week and this impacted our final result.  The girls who did play fought hard and did remarkably well considering they were playing out of their usual position.  A great demonstration of resilience and battling to the very end.

Commended performances :. M Hayes for playing out of position but still demonstrating excellent skills throughout the game.

Comment: The girls played well once they had slowed the pace of play. Shooting and movement in the circle was excellent and defenders prevented St Margarets from scoring regularly. This was a great team effort and as always the girls worked very hard on court showing endurance and great sportswomanship!

As we come towards the end of our major £6 million investment in the school buildings and learning environment at BMS, it is exciting to see the largest of the projects starting...

NEWS The changes in the weather will have obvious effects on PE provision. Where possible we will continue to deliver our normal curriculum and students will still go outside in...