Scientist of the Week – Issue 27

Student of the Week – Issue 26

Key Stage 3 Cameron 9 Beech  – Cameron is one of the most conscientious students at Bushey Meads School!  Cameron has nearly 100 achievement points and always gives his all...

The Proven Power of SAM Learning

At Bushey Meads School we invest in the online learning platform Sam Learning to help support all our students from Years 7 to Year 13 make progress with their learning. Research...

Scientist of the Week – Issue 26

On Thursday 8th November, the whole of year 7 had the opportunity to attend 5 different workshops on GCSE or even A level subjects.

“On Thursday 8th November, we had an enrichment day, however, this wasn’t any ordinary enrichment day.  This was the first time that we did something different.  We learnt new subjects for GCSEs and A levels.

Year 7 students took on the role of business consultants to advice an Ice Cream Parlour – Lickety Split on how to promote their business. They worked individually and in teams to produce an advertisement for ‘Children’s Parties. The students were fantastic – creative, hard-working and participated positively. Ms Lewis and Mrs Kinghorn were very impressed. We discussed examples of business issues and success. Most students were able to give excellent examples. Some students have submitted their advertisements to the business team – who will choose the best and reward. 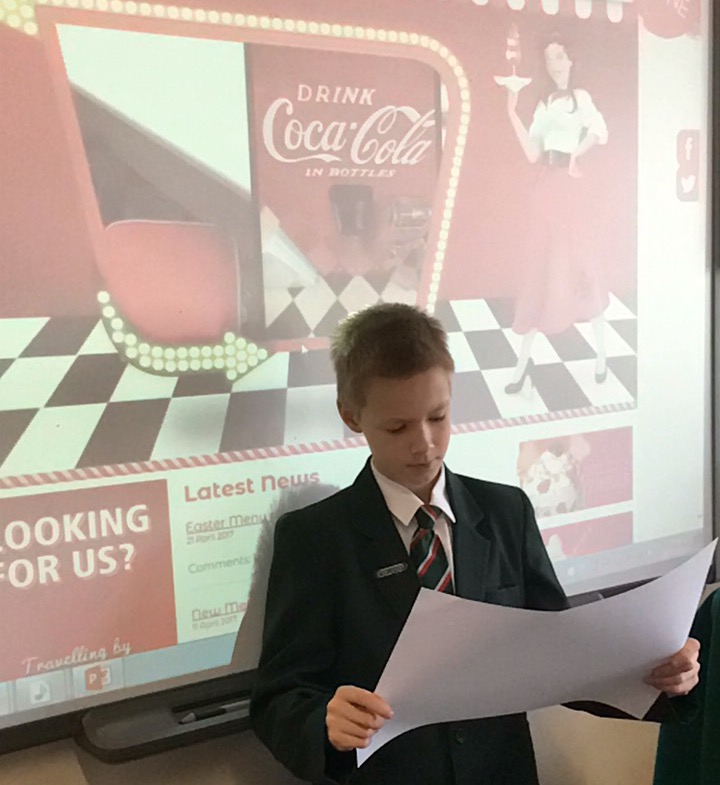 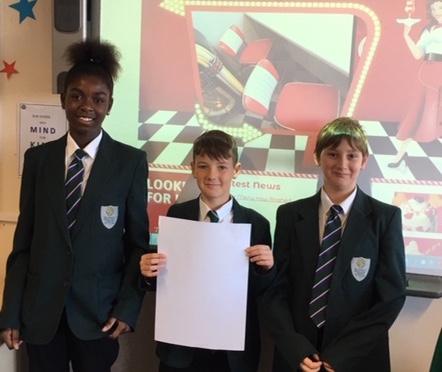 The students participated in a variety of activities including changing nappies, playing games and reading stories to each other. They learnt about a variety of things that we would need to know when working with, or looking after, children. All students seemed to enjoy the hands on experiences they did.  Arvin Sacikaran from year 7 says that in this session they even had to do what most boys hate … changing baby’s nappies!” 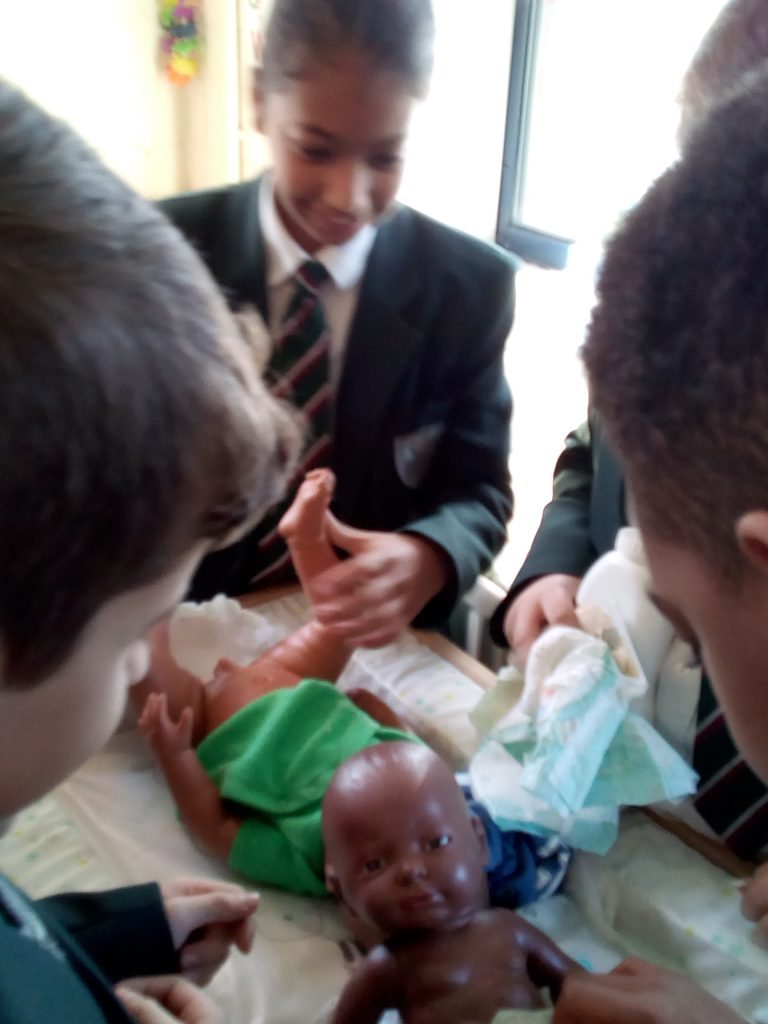 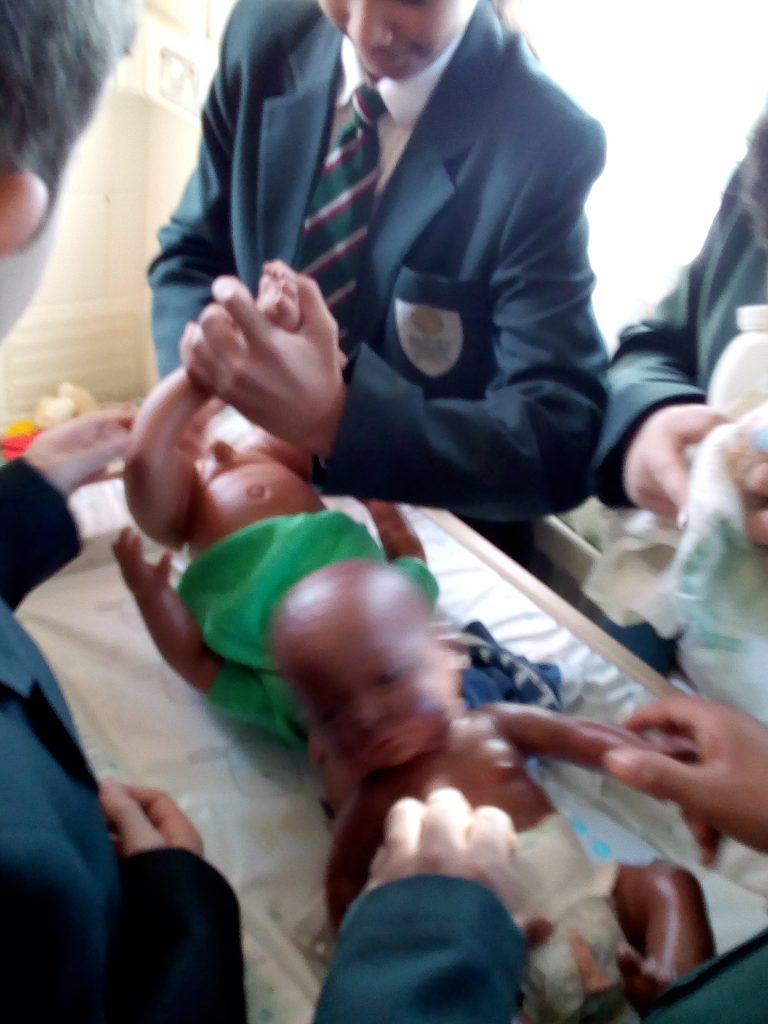 In computing, student got the opportunity to complete the Hour of Code.  This involved them completing different level in order to develop their programming skills.  It was great to see students challenge themselves and work out solutions to complete each level.  There were a lot of wow moment all the way through the day.   Vithuian Rames from year 7 sums up what all students did:  “We went on a website called ‘Hour of Code’ and played a coding game linked to The Grinch.  The game had 20 levels and whoever got to level 20 got an R2.’  Arvin Sacikaran from year 7 says “Lots of people got certificates.  Lots of people finished, including me.  I had a lot of fun.” 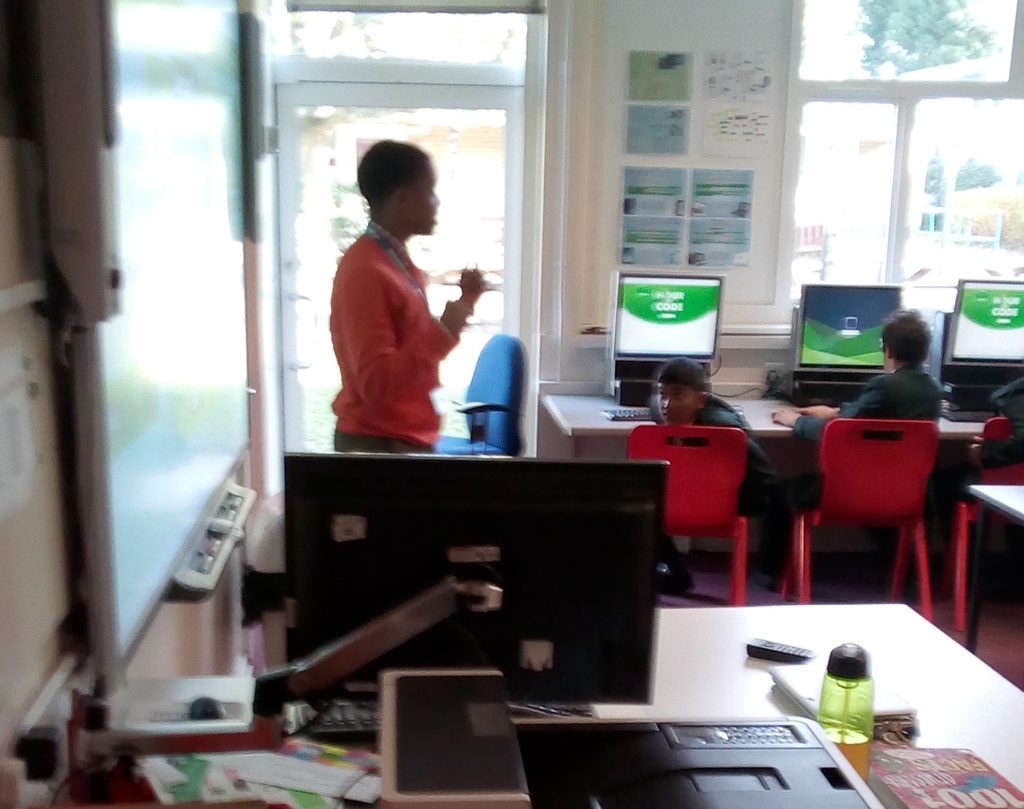 Year 7 students were set the challenge of prototyping a low voltage electronic circuit using a ‘breadboard’ and CAD software. This skill included much problem solving and understanding of circuit diagrams. The students worked in small groups throughout the session allowing them to develop their teamwork skills. 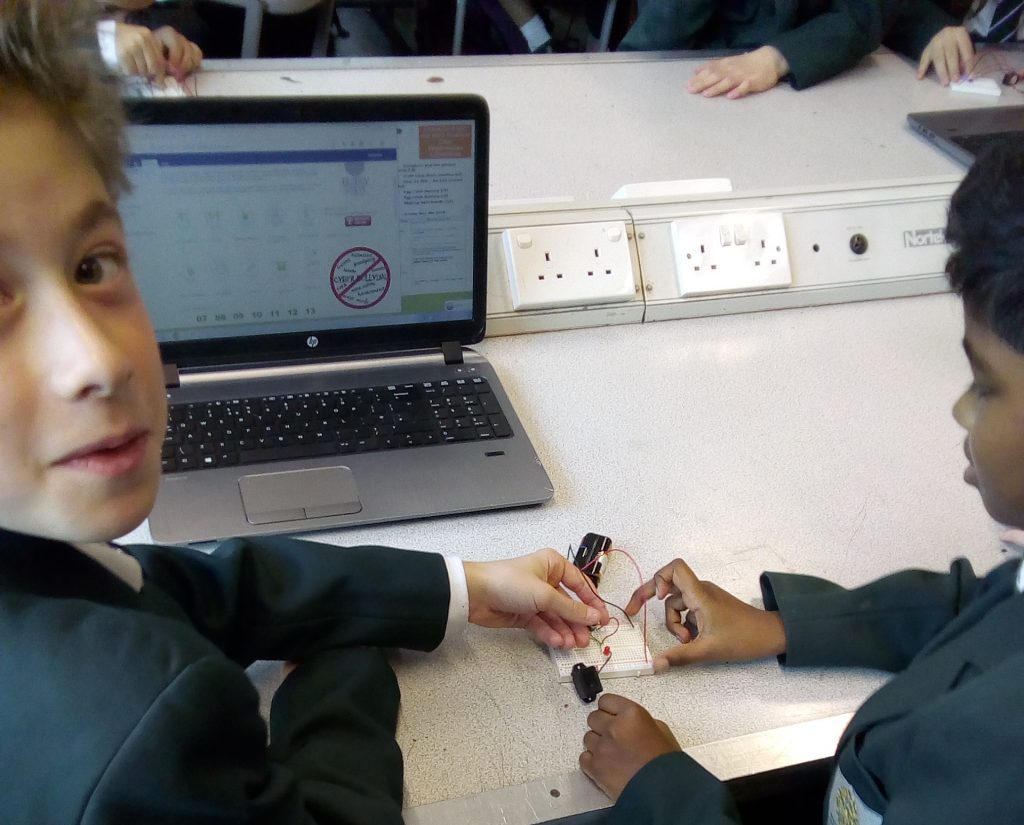 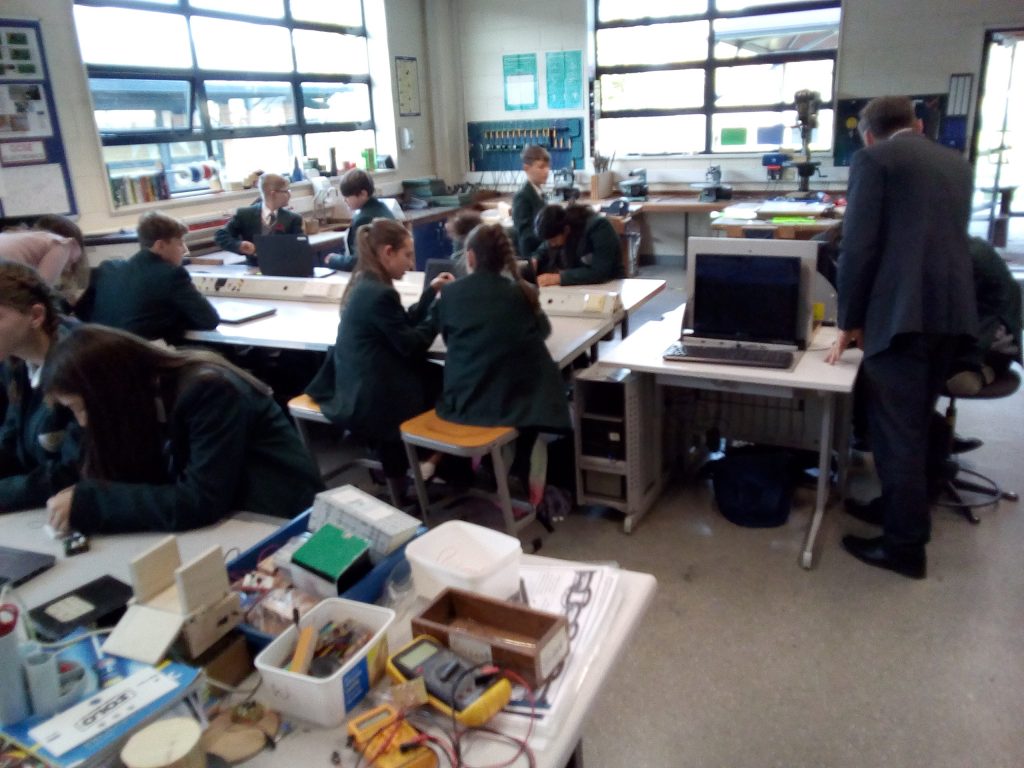 In politics, Mr Lyley and Mr Dowty were teaching Year 7 the importance of democracy; beginning with a democratic referendum where students decided whether ‘it would be better to move toward a 4 day school week, but adding additional homework on Thursday’s’. In the vast majority of classes, most students opted ‘against’ the proposal, citing whilst they would enjoy the extra day, if it was replaced with additional homework, what would be the point!? The students then went on to creating their own campaign for general election – competing and promoting ‘a change’ they would like to introduce to Bushey Meads School. Students ended the lesson by voting for the best thought out idea.

In law, the British Transport Police ran a session covering their role and sorts of incidents dealt with on a daily basis.  Students learnt what to do if they see anyone breaking the law on trains, how to keep themselves safe and why there is a separate transport police. 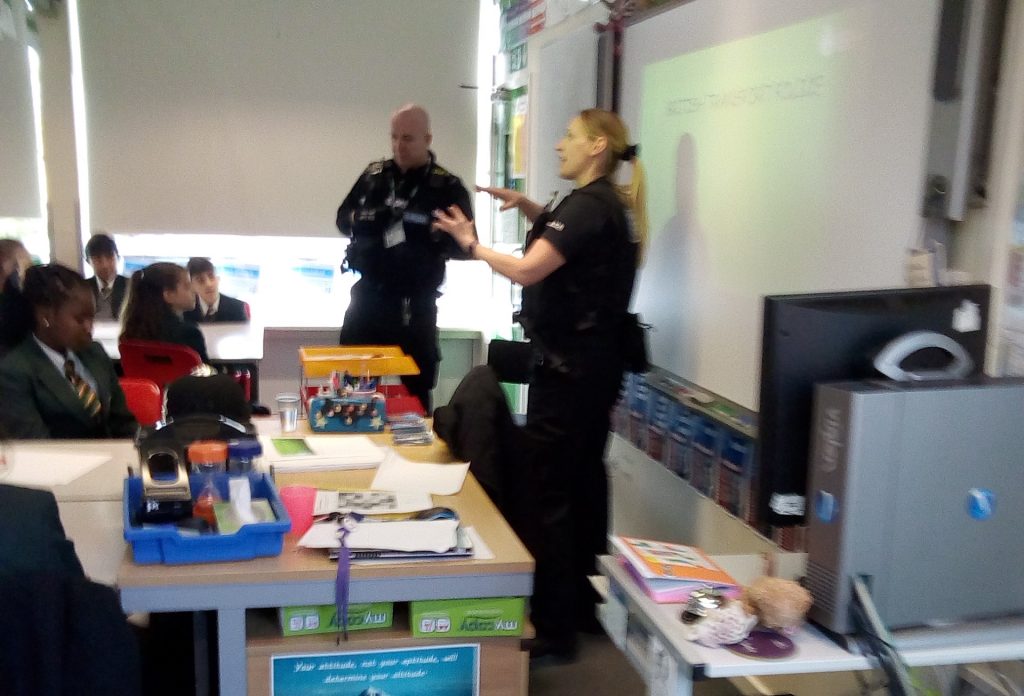 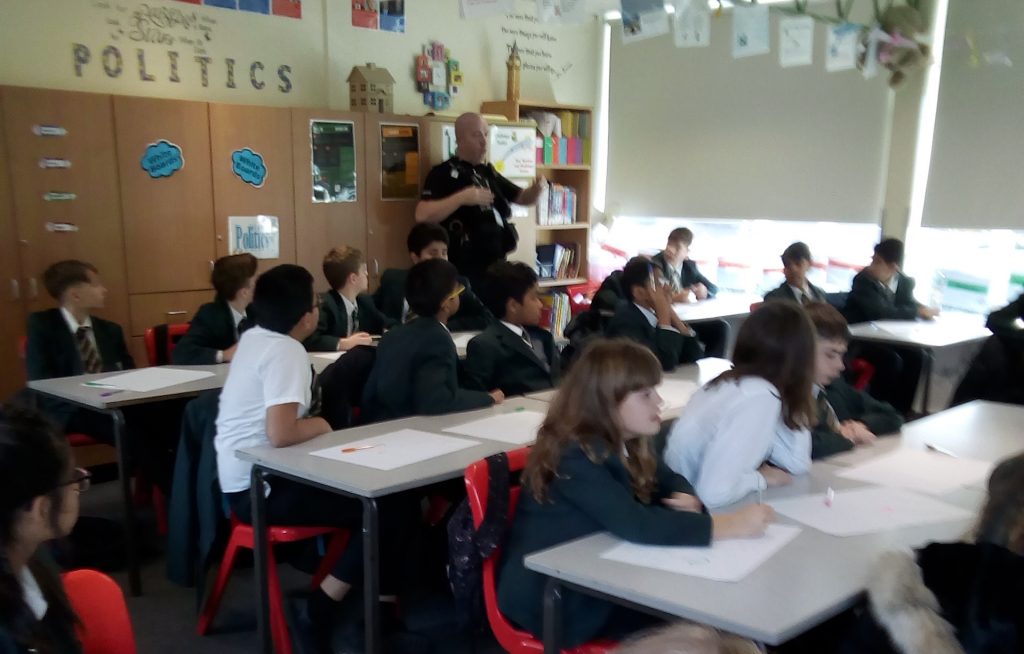 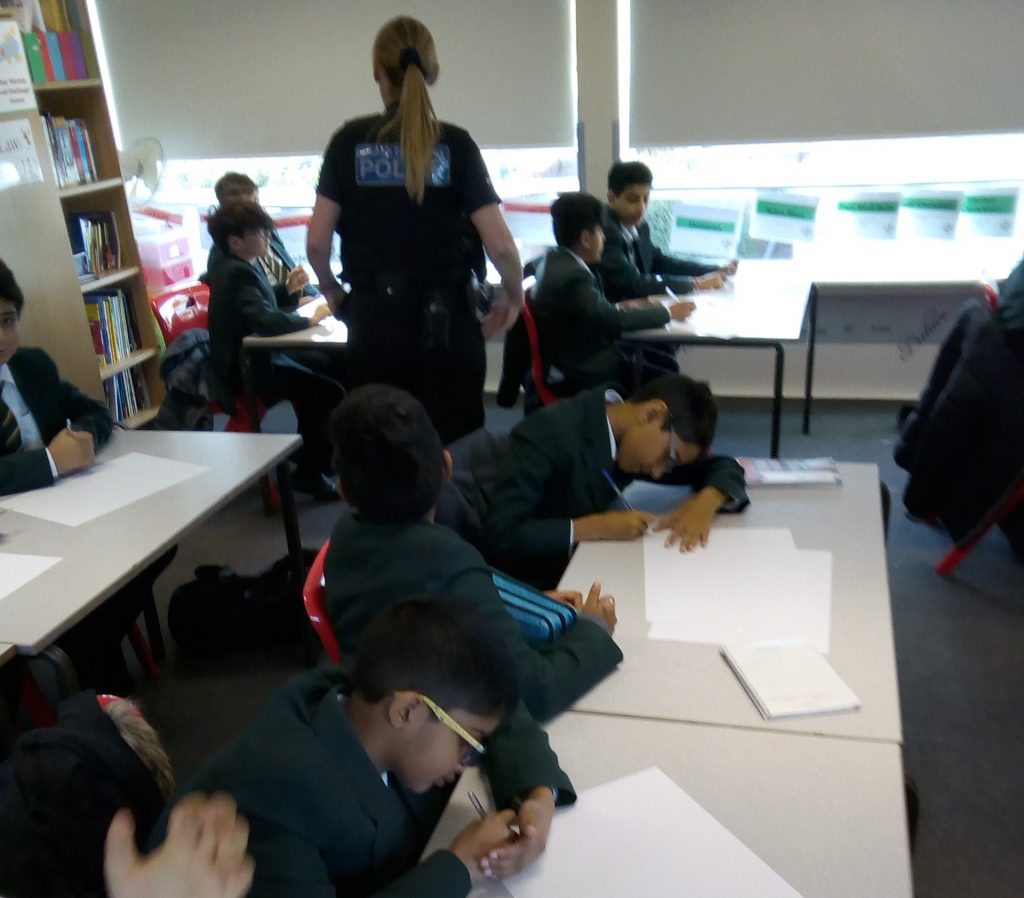 Year 7 students enriched themselves with the idea of ‘do animals have free will’.  This aided discussions about what is free will and what was the difference of human free will and animal free will.  They then proceeded to have some fun philosophy activity games on the computer.  They had to answer a series of questions like ‘Battleground God’ and ‘Would you eat your cat.’ The students got immersed in these games and this helped them to think in a way that they are not particularly used to. The last part of the lesson was the Island. The students were put in groups and they had to make their own rules as they were shipwrecked on an island.  They had to work out rules for the new society, how people will be treated, who will be in charge, what jobs needed to be done etc. This helped the students with collaboration and also to see how they communicated with each other for the island to work.

In sociology, Ms Lister and Mr Mitchell taught year 7 about the theory of Marxism and how the bourgeoisie trick the proletariats into believing they should remain poor. Lots of sweet based fun was had by all so that they could understand how a capitalist economy works.

I really enjoyed the enrichment day on Thursday.

I really like the different aspects of the social sciences department. Doing different lessons like childcare, politics and sociology really impressed me.”