British Science Week at Bushey Meads School has truly started with a bang! The malicious murder of Mr O’Brien was investigated and solved by a team of Bushey Meads Scientists,...

Recently, the Science Faculty and year 12 science students showcased a number of presentations and activities for British Science Week, 2019. With the assistance of a great number...

As part of our annual Science Week at Bushey Meads School it was superb to see and hear from some of our top student scientists who brilliantly led our high profile Main School...

Damien O'Brien
Bushey Meads Murder Mystery
Posted on 12th March 2020 by Damien O'Brien
British Science Week at Bushey Meads School has truly started with a bang!
The malicious murder of Mr O’Brien was investigated and solved by a team of Bushey Meads Scientists, using their varying roles and expertise in this investigation. We had Ediz reporting on the crime itself, Detective Zaki handling the suspects, Professors Pavit and Kayani on the forensic team and myself, as Doctor Lakshaa, working on the autopsy of the body. 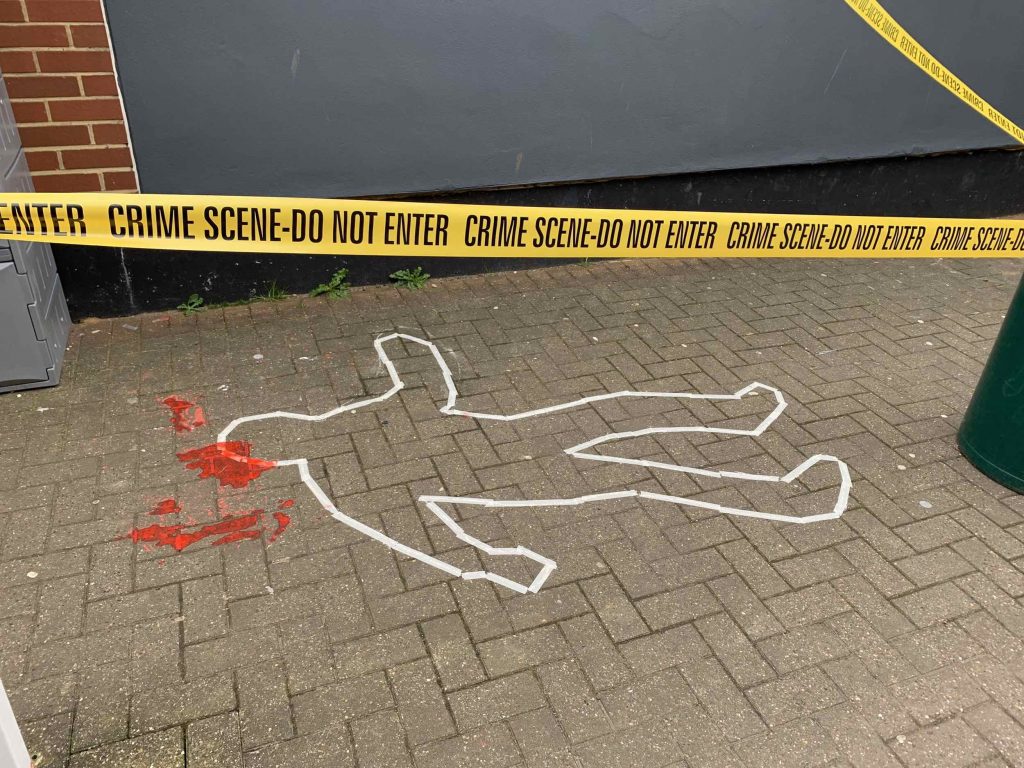 As the storyline progressed, our 5 suspects: Ediz, Avon, Mohamed, Rushabh and Andre were having a Biology lesson with Mr Mehta, which was cut short due to Mr Mehta’s abrupt exit from the lesson to aid another teacher. The 5 were not so thrilled to have another Biology lesson with Mr O’Brien the following period, each of them presenting different reasons as to how and why they could have possibly committed this murder. When walking into the next lesson, Ediz, a witness to the incident, saw Mr O’Brien take a mouthful of his breakfast and saw him immediately gasping for air outside his lesson where he suddenly collapsed and hit his head. It proved to be the epidural haematoma that saw to his sorrowful demise. 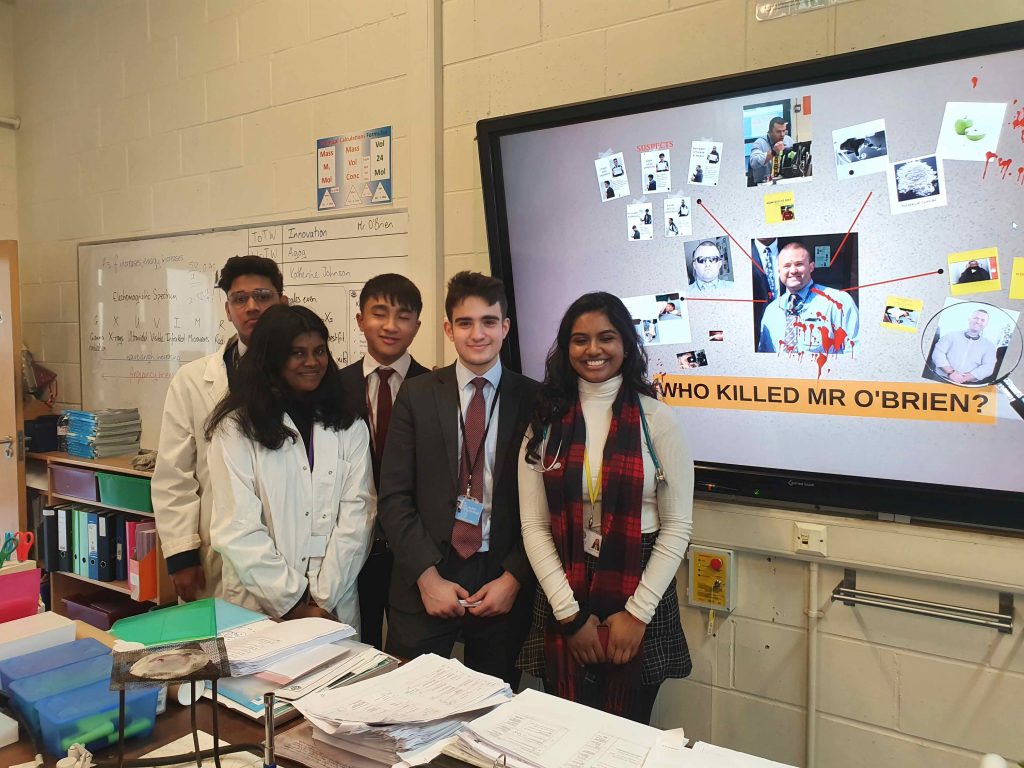 After a briefing covering key events, the audience were able to become more familiar with the suspects, the evidence at the scene and how Mr O’Brien died. A crime scene had been set up outside the classroom, which drew flocks of students to observe and comment lengthily prior to the briefing. Gossip was rife! 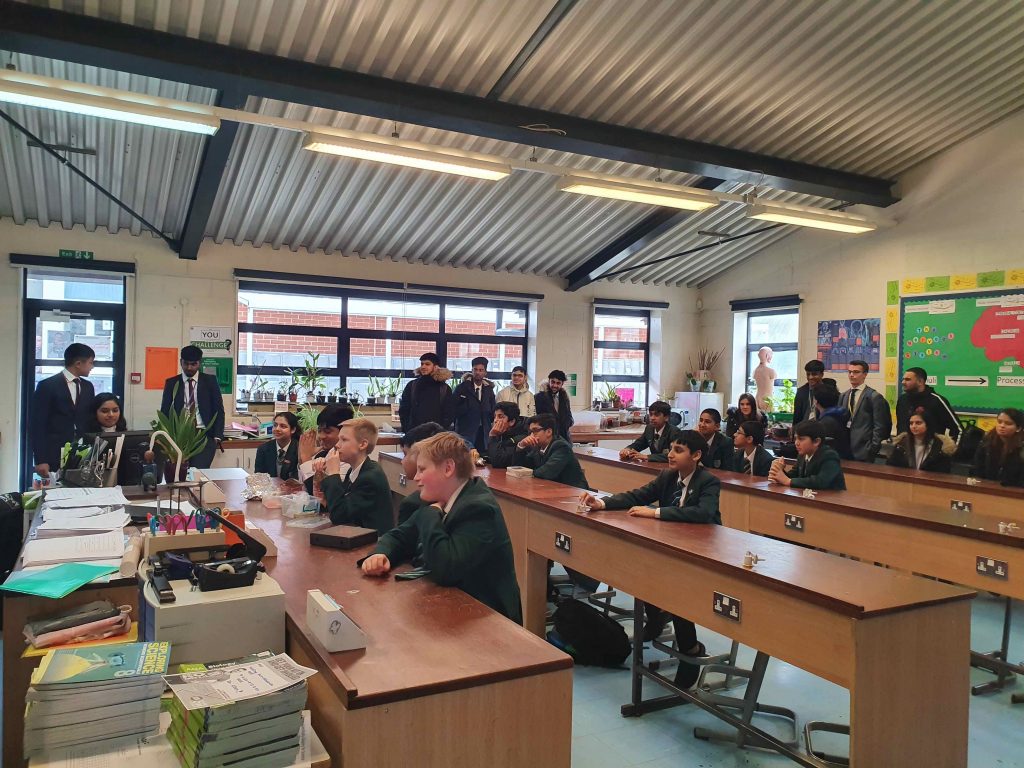 Eventually, it turned out that it was not any of the initial suspects and was in fact Mr Mehta. Our team ended the presentation by posing the question to the audience, as to why Mr Mehta would do commit this dastardly deed. The best reply drawing gasps and giggles from all attending, was that he wanted to take over as Head of Science!

It was lots of fun to organise for all involved! It opened our eyes more into how murders would be investigated whilst including numerous comedic elements as well. Our team worked really well together and we definitely had lots of fun making the crime scene, putting posters around the school, planning the whole investigation and playing our individual roles really well. Maybe next year, another murder happens just in time for British Science Week 2021 for investigation.

Last week all Year 10 students were off timetable on work experience placements that they had either sourced themselves or that had been organised by school. It was a really...