NEWS As we come to the end of another busy term for PE we can reflect on the vast number of competitive fixtures and sports clubs that have taken place this term. There have been...

“Thank you so much for having me yesterday, I really enjoyed meeting your team! They were all so brilliant and asked great questions! It’s not very often that you see such young...

Year 9 French and Spanish trip to the Europa Centre

On Friday 30th November students of A Level Spanish visited the British Film Institute where they attended a study day on the celebrated film director, Pedro Almodóvar,...

The 2018/19 Caius Medicine Access Day which will be occurring in Gonville & Caius college on Thursday the 31st of January. The event is for aspiring Medicine students (from...

BMS dance have made it to the London Regional Heat!

Following our recent video submissions from our KS3 and KS4/KS5 dance teams, I am very pleased to announce that both teams have been successful in qualifying in ‘The Great...

How fortunate we are to have Mr Lai, our newly appointed Senior Science Technician to come and demonstrate and explain the neutralisation reaction to our keen and enthusiastic...

Led by Kavya and Nathan, the Maths Student Leaders held a very positive meeting last week and went through many ideas to help the Maths Faculty move further forward.  It was great...

8s.Hi.1 attempted to bring the past to life in Wednesday’s History lesson by recreating the trial of Charles I in January1649. Although somewhat short of props, students quickly...

As we come to the end of another busy term for PE we can reflect on the vast number of competitive fixtures and sports clubs that have taken place this term. There have been some outstanding efforts by the BMS students from attending every lunchtime recreational sports club to representing the school in a range of teams. The school has played nearly 100 competitive fixtures in football, rugby and netball with clubs taking place in badminton, table tennis, zumba, trampolining, athletics, basketball and gymnastic vaulting. All the students that have regularly attended clubs or represented school teams have been rewarded with Sports Credits which will be converted into whole school reward points.

In addition the Year 11 level 1 Sports Leadership group are also in the final stages of completing their Level 1 qualification. The final assessment involved coaching and officiating at the BSJT primary festival last with all the group showing planning. organisation and communication skills to make the event such a success. Well done to Jamie, Alex, Kieran, Archie, Kaitlyn, Archie, Lakshaa, Khushali, Pavit, Dinujha, Angela, Vanshita and Vedant for your hard work as leaders over the last 8 months. It certainly has been a busy term but one that continues to make the PE and Health Faculty staff very proud of the students at the school. 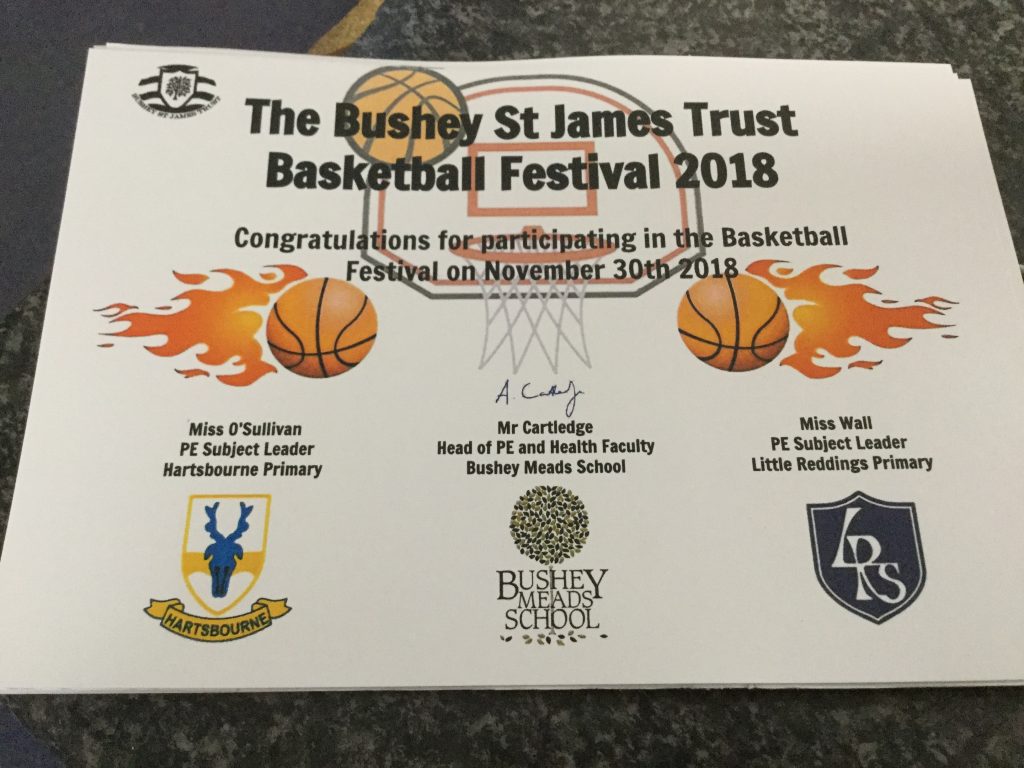 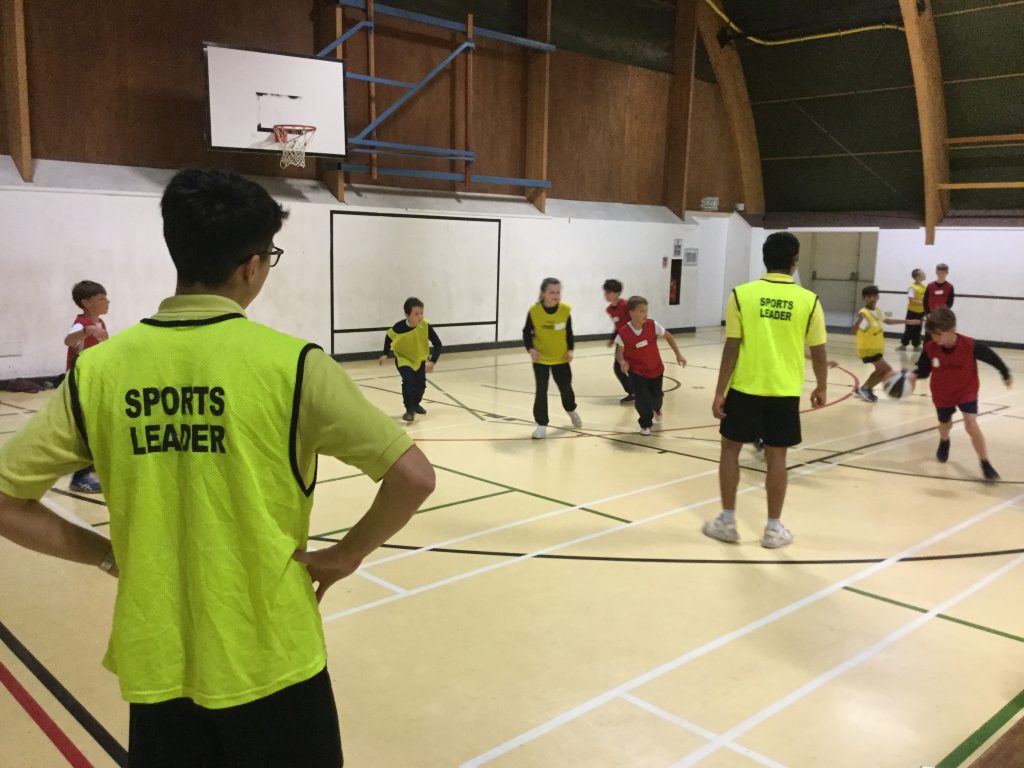 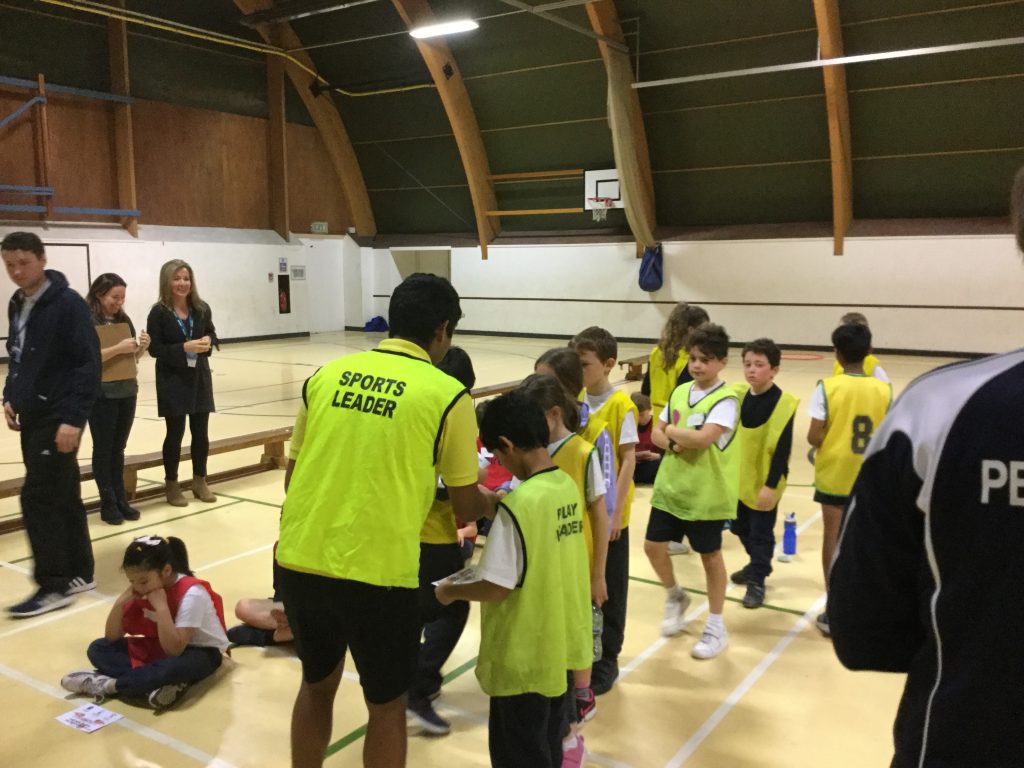 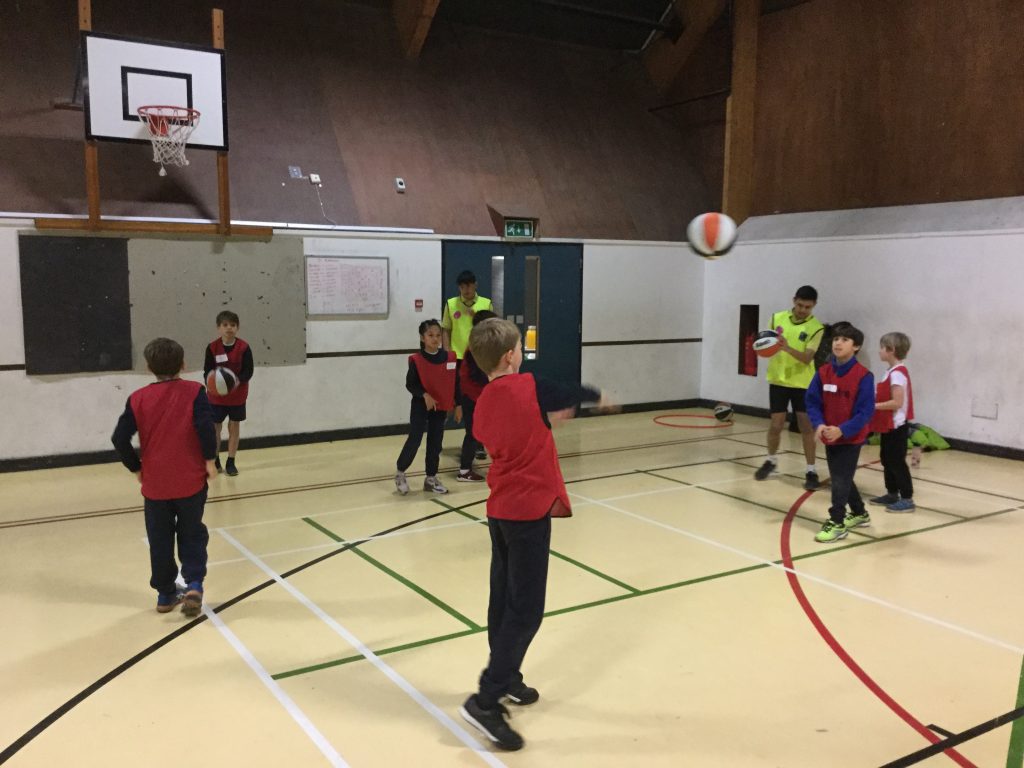 Comment : In a very competitive game of football the Year 9 team came from behind to eventually overcome a resilient Queens team to record their 6th league win out of 7 and guarantee a place in next years League Final. The year 9 team continue to progress as a team through hard work work and team spirit and some really good passing and moving skills. An outstanding hat-trick from Max M proved the difference between the two teams on the day.

Comment : The Under 18 team showed their continuing development as a team as they earned a fully deserved draw against a strong Queens side. After struggling to get a foothold in the game in the first 20 minutes the boys finally grew in confidence and dominated the second half for long spells after twice falling behind. Kieran BW was outstanding throughout setting up the first goal and then scoring a fantastic individual equaliser in the second half. The boys have really impressed in the district league and now move onto the County league fixtures in the new year.

Led by Kavya and Nathan, the Maths Student Leaders held a very positive meeting last week and went through many ideas to help the Maths Faculty move further forward.  It was great...