Arts Faculty Round Up

Wow!!…..What a term it has been. Whilst many schools ar winding down towards the end of the year, students and staff in the arts faculty here at BMS have been working...

This week the Year 12 students embarked on a very valuable weeks work experience.  Students ventured into the world of work across a variety of industries to gain skills that will...

On the 8th of July, 42 of us in Year 8 flew all the way to Valencia, Spain with our teachers. We all had to get up very early at 4:30 in the morning, in order to get the coach to Gatwick airport. It took 2 hours and 20 minutes on the plane to get to our destination and the plane ride was an exhilarating experience with our classmates as there were lots of bumps! All the views from out of the plane window were breathtaking to look at.

When we landed in Valencia it was quite hot, a change from what we were used to! The first thing we did when we got to Hotel in Valencia was to get changed and have a picnic lunch. We then went to the cathedral in the centre of this beautiful city. We walked down lots of meandering walkways in the old town and passed lots of traditional Spanish houses.

When we reached the cathedral we could not believe it’s size and beauty. It was echoey and very pretty. Outside there was a stunning fountain in the square where we took lots of photos; it was nice to touch the cold water as we were so hot!. We then returned to the hotel, had a delicious Spanish dinner then we went to the beach to finish this memorable day. 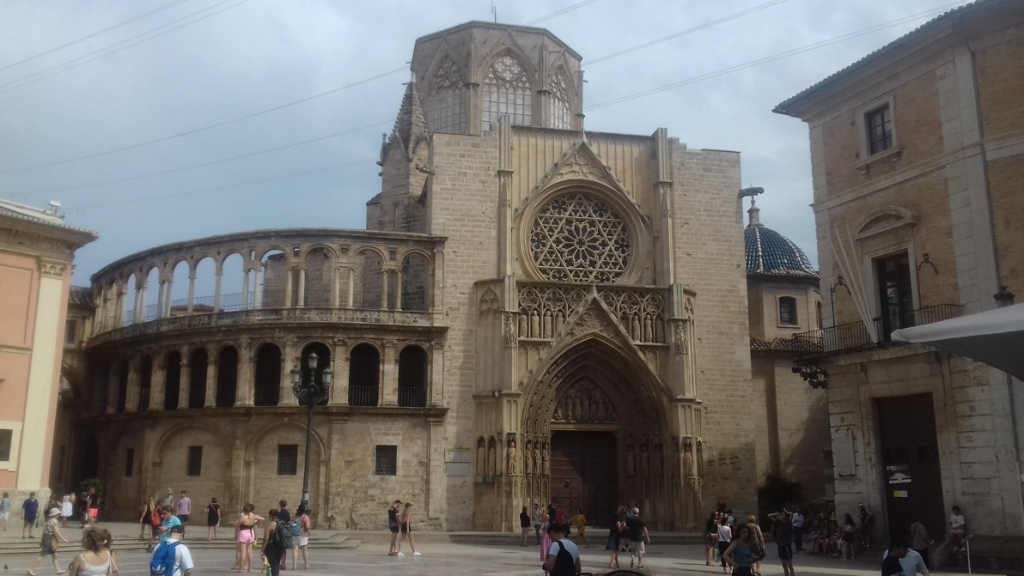 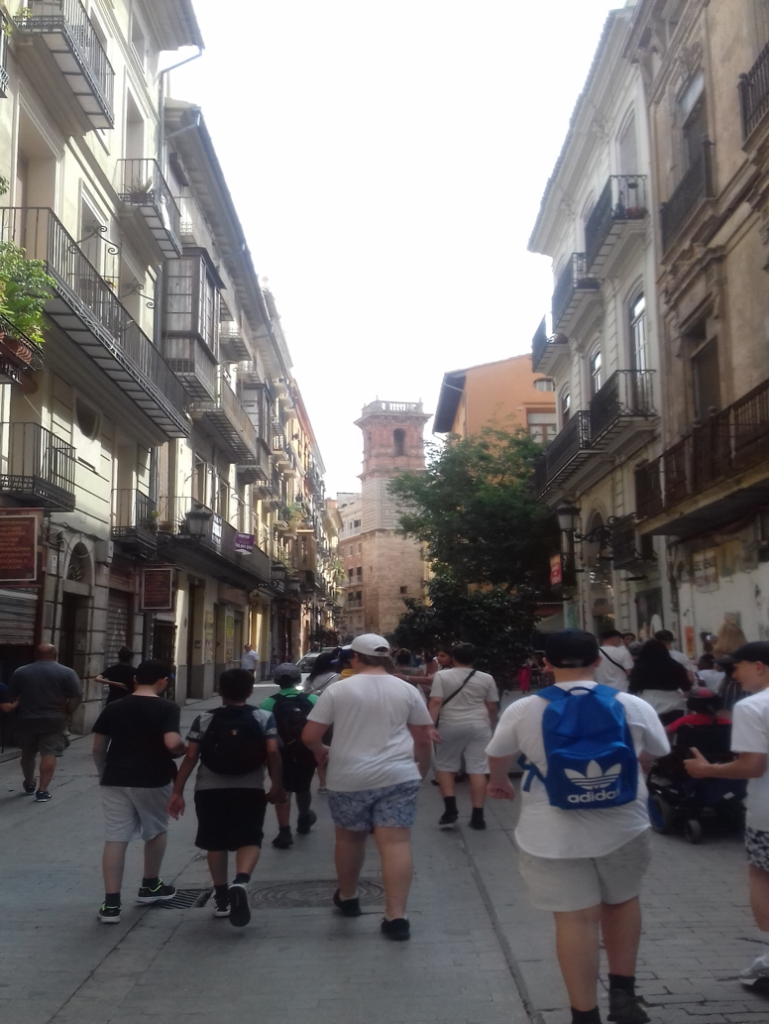 On Tuesday we started our day off with a big breakfast before we visited the Fallas museum. When we arrived there, we watched a ten minute video teaching us about the history of  this Valencian ‘fiesta’. We learned that Las Fallas is celebrated annually in Valencia and every year the best sculpture goes into the Fallas museum and the other sculptures are burned at the end of the festival. Every sculpture has a detailed and unique design and they are real works of art.We got to see all the winning sculptures and we all were mesmerised by the amount of detail that was out into them. After that, we spent a bit of time at the park having a picnic lunch and playing frisbee.

In the afternoon, we visited the Hemisphere planetarium where we watched a documentary about the journey of Apollo 11 and we learned interesting facts about the mission. We then went to the science museum where we learned many new facts through interactive displays which developed our knowledge of the world around us as well as improving our Spanish vocabulary. Unfortunately we could not go to the aquarium as there had been a fire there so instead we went back to the hotel and went swimming! 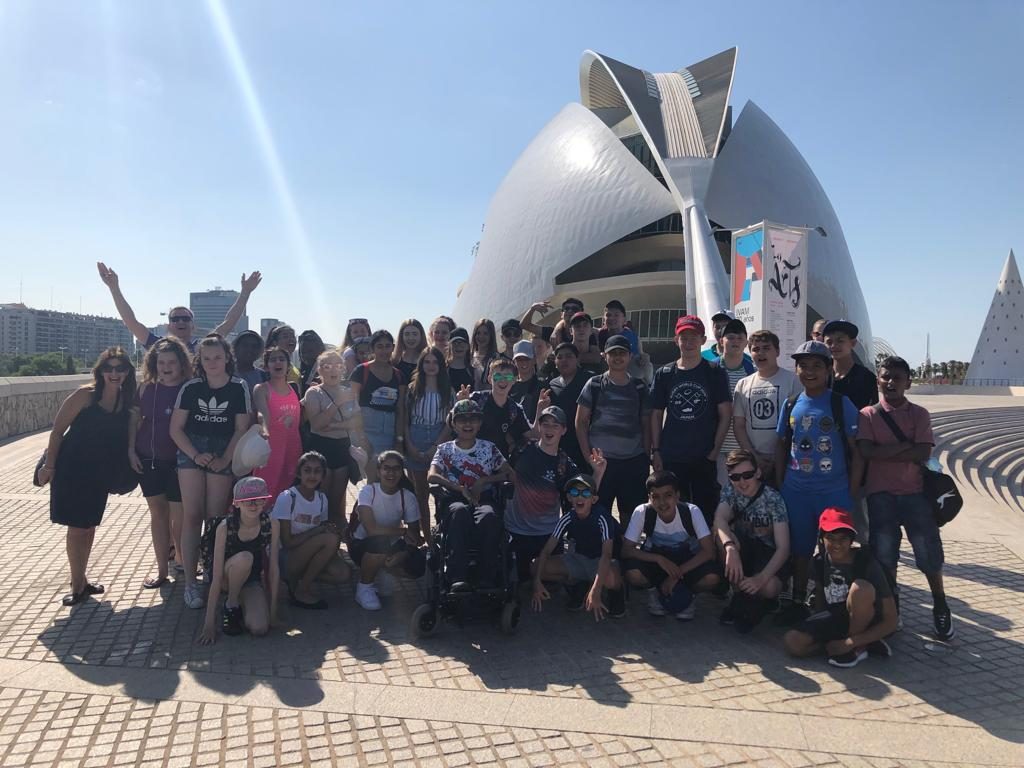 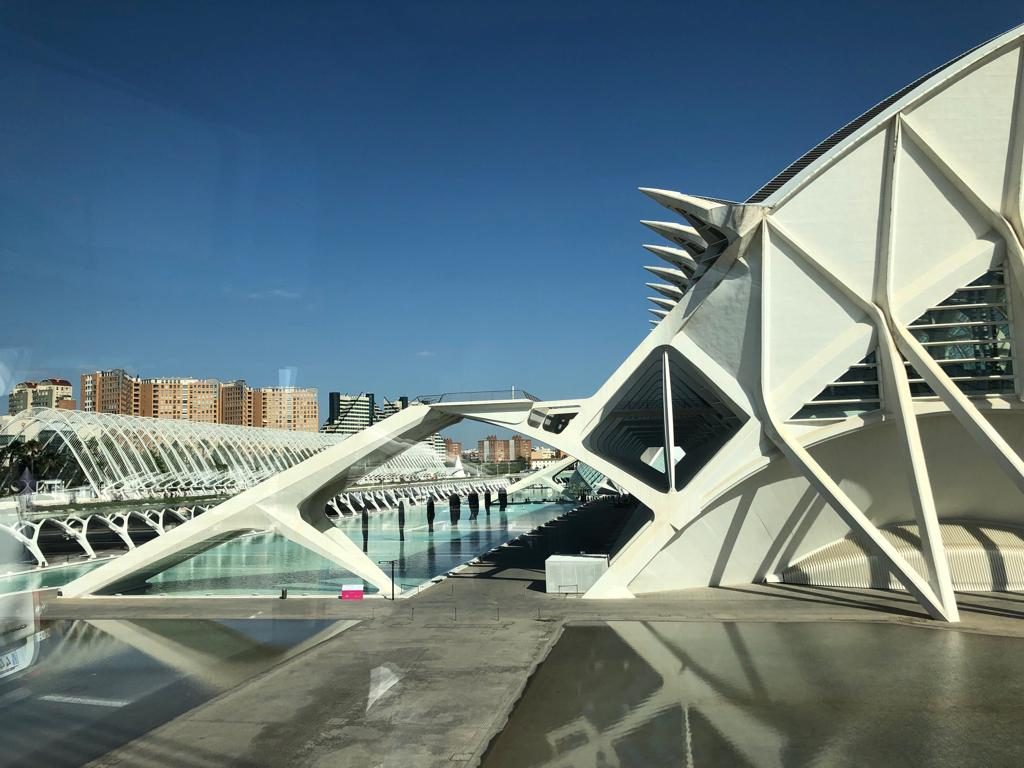 In the evening we went to a flamenco workshop where we learned some of the traditional dancing. It was great fun learning all the steps although the best bit was watching the flamenco dancers give us a demonstration! That was lots of fun and we really enjoyed it. 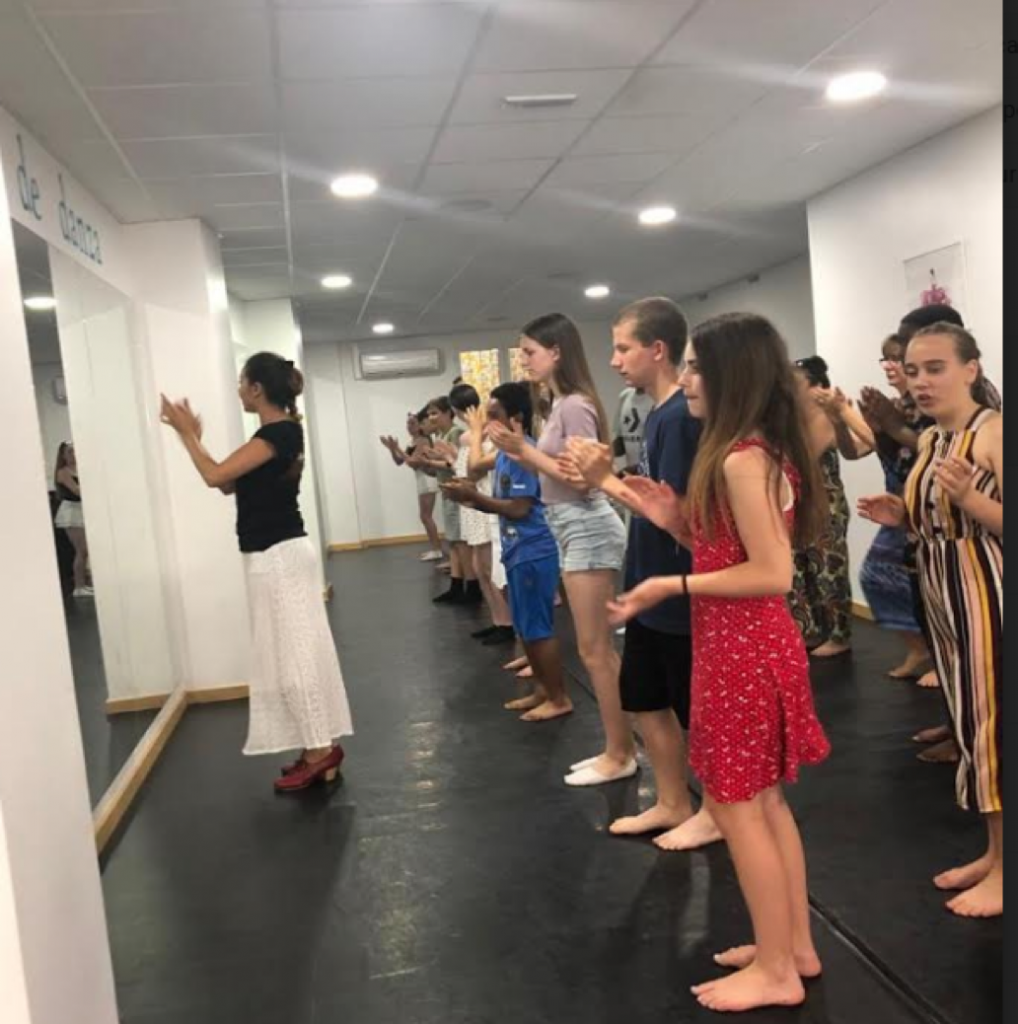 We then went back to the hotel and had another lovely dinner.

Overall it was an awesome, thrilling day.

On Wednesday we visited the caves of San José. We went through the caves in rowing boats and we could not believe how amazing the rock formations were. We learned lots of interesting facts about the caves and also lots of new Spanish vocabulary! The best part was when it suddenly went dark and our rowing boats stopped. There was then the most beautiful light and sound show which was really moving.

After the caves we spent some time in the town of San José and we then returned to Valencia where we had a picnic lunch then went to the central market where they sold every kind of fruit, the colours were stunning! We practised our Spanish fruit and vegetable vocabulary then went back to the hotel and had a quick swim before getting ready for our paella evening.

The coach picked us up at 6pm then we drove out to the country where we had a fun time learning to cook paella. There was a competition for the best paella and the winners won sombreros! It was a great evening and a really enjoyable but busy day! 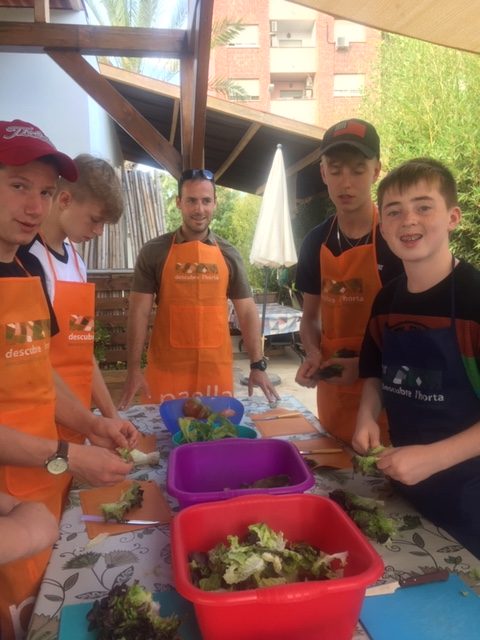 On Thursday we went to the water park. It was one of the best days as the rides were amazing. The black hole was definitely our favourite! It was a mix of fast,dark and exciting. The wave pool was fun as the waves were massive. Overall it was the perfect ending to the Spanish trip.

Friday was definitely a mixture of emotions. The majority of us were really tired but happy as we had a great time together. We were really sad that we had to leave especially as everyone enjoyed the water park the previous day and wanted to go there again! Most of us woke up at around 6am. We had already packed the night before so we could leave the hotel on time. We had breakfast at 7am and left the hotel at around 8am. Our flight was at 10:15 and was around an hour and 50 minute long journey. It was a good, steady flight with no bumps this time!

The coach journey back took even longer than the flight back home! There was lots of traffic on the M25 but most of us chatted and the time went .

Overall we had such a great experience that we will never forget. Some of us made new friends and got closer with the ones we were already friends with! We already miss it.