Students having fun in the sun!

It was great to see so many students making the most of the outdoor facilities at BMS in the sunshine at lunchtime. All the table tennis tables were being used and students of all...

On Thursday 20th September 2018 we held our annual Open Evening and for the third consecutive year I had the privilege to wander around the school site and witness the wonderful...

Our state of the art Drama facility was full buzzing with an electric energy as the dance auditions/workshop took place after school this week. Pictured below many students...

Bullying should not be tolerated in any form. At Bushey Meads we believe it is important to address bullying so that the message is clear that bullying is unacceptable. Bullying...

With our whole school focus on improving literacy across the curriculum all teachers are supporting students to inculcate a love of reading, none more than Mr Back, our...

On Wednesday, July 4, the Economics Year 12 group visited the Haberdashers School which was hosted by their economic society featuring a guest of speakers.The itinerary of this...

Scientist of the Week – Issue 21

This week has been a fantastic example of the extensive and varied provision for sport in the school. There have been District League football and netball fixtures across a range of age groups as well as recreational clubs and practices in football, netball, athletics, badminton, table tennis, trampolining, boccia, SEN sports and zumba. A great example of the varied opportunities this week came on Wednesday evening. With the Year 9A team having played a game on Tuesday the Year 9 football club took place on Wednesday for students not involved in the A team fixture. It was great to see over 20 boys there and they were joined by Jack J a goalkeeper from Year 11 who was being assessed as part of his Level 2 vocational Sports Studies course. The game also featured students from the Year 12 vocational Cambridge Technical Sport and Physical activity course who were officiating as part of the practical aspect of their course. Over the course of Tuesday and Wednesday Kieran W, Joe B, Jack L, Hamza H, Tommy B, Chris O and Julius P from Year 12 have all acted as Assistant Referees in both competitive District League fixtures and the Year 9 practice session. Well done to every student that has taken part in some sporting activity this week. 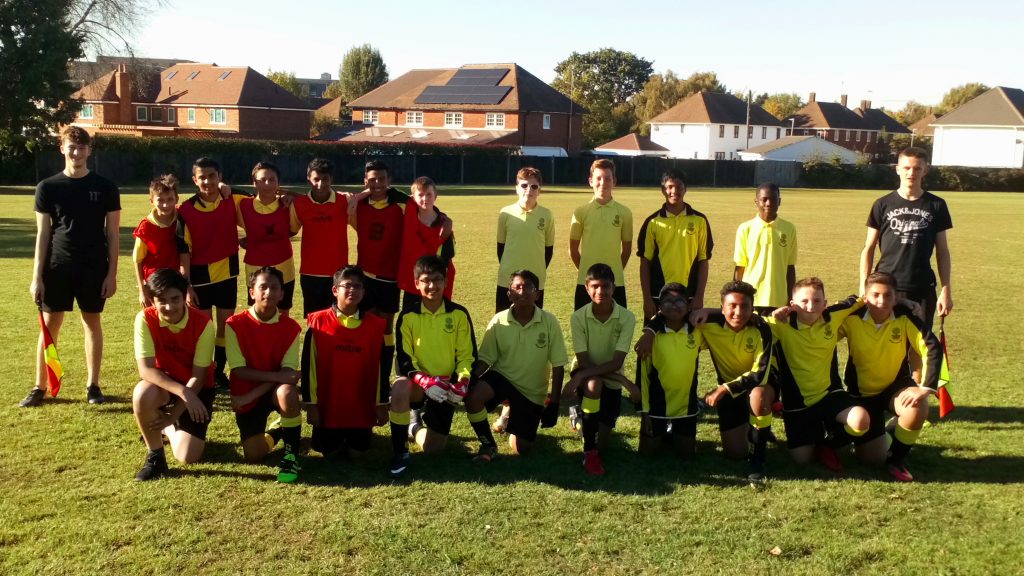 It was also great so see so many students at the Athletics Coaching delivered by Watford Harriers Athletics Club.  Student enjoyed the variety of activities. 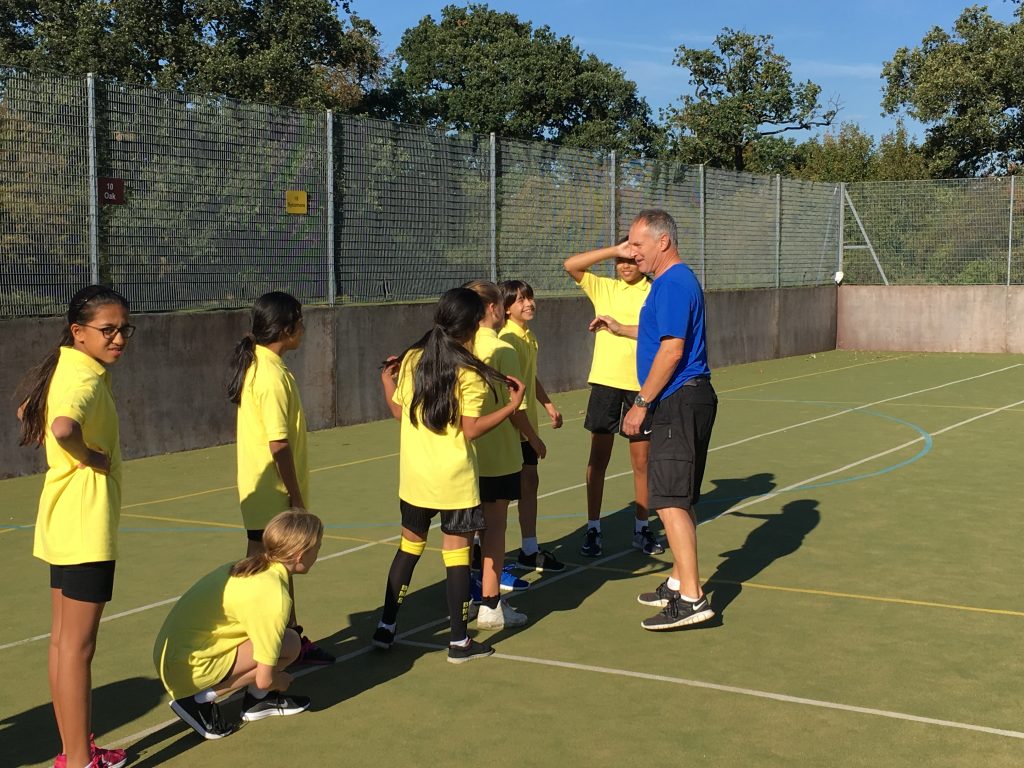 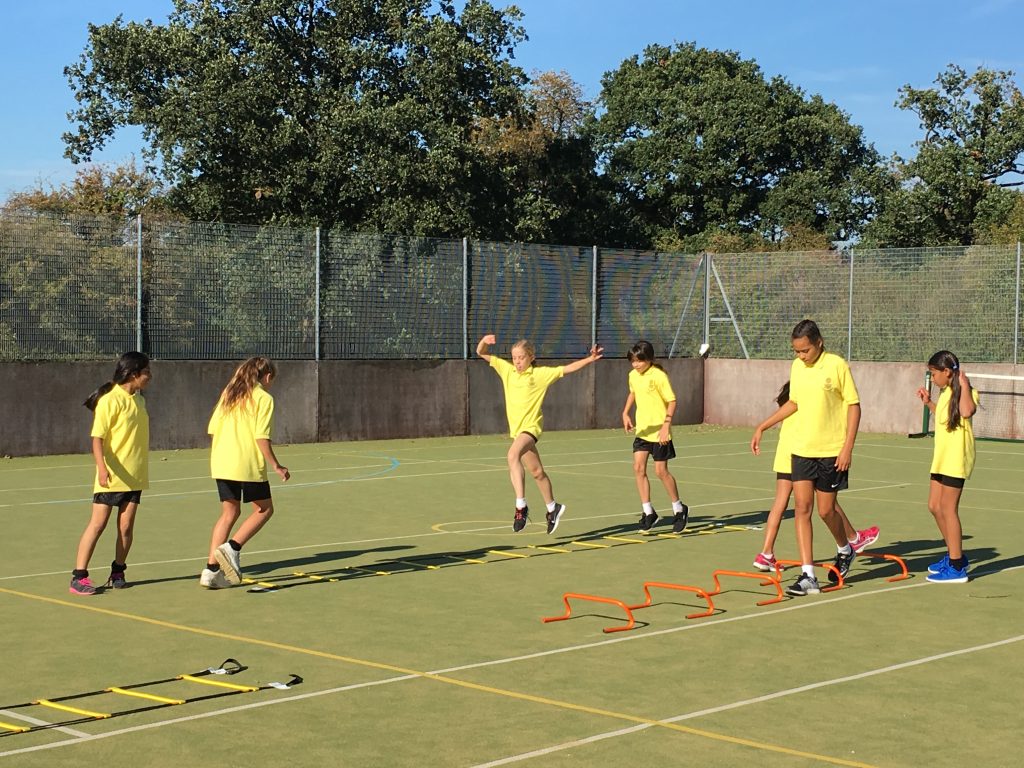 Continuing our link with Arsenal Ladies the new seasons coaching sessions started this week for girls of all ages.  It would be great to see some new faces next week making use of this fantastic opportunity.

ALFC currently top the Women’s Premier League and have again donated 100!! Tickets to the school and the school community.  If you would like tickets to see ALFC play (home ground is at Meadow Park, Borehamwood) please email Mrs Cooper: [email protected] and I will arrange for them to be distributed to you.

BMS have been really lucky to offer a free 6 week Zumba course this half term in conjunction with Hertsmere Borough Council.  With an outside instructor leading the sessions it has been great to see almost 50 students using taking part each week and engaging in dance based fitness activity.  There are still 2 more sessions to run and everyone is welcome to attend.  Monday at 3.15 (prompt) in the hall.

Following on from the successful trial sessions last year we are working hard to develop girls rugby in the school.  We are lucky that Mr.Beech (support staff) has volunteered to take the girls rugby sessions (Thursdays after school) using his expertise to coach the girls. The intention is to enter some friendly tournaments in the coming months.  All girls are welcome – meet in kit by the sportshall at 3.15.

Comment : The Year 9 Boys started their season off with a comprehensive win over westfield. The boys dominated the game for long periods and soon got back into their passing rhythm from last season. The defence were strong throughout with Stan B controlling the midfield. A fine hat-trick from District player Max M and an excellent return to the team for Frankie P were the highlights. Well done boys. 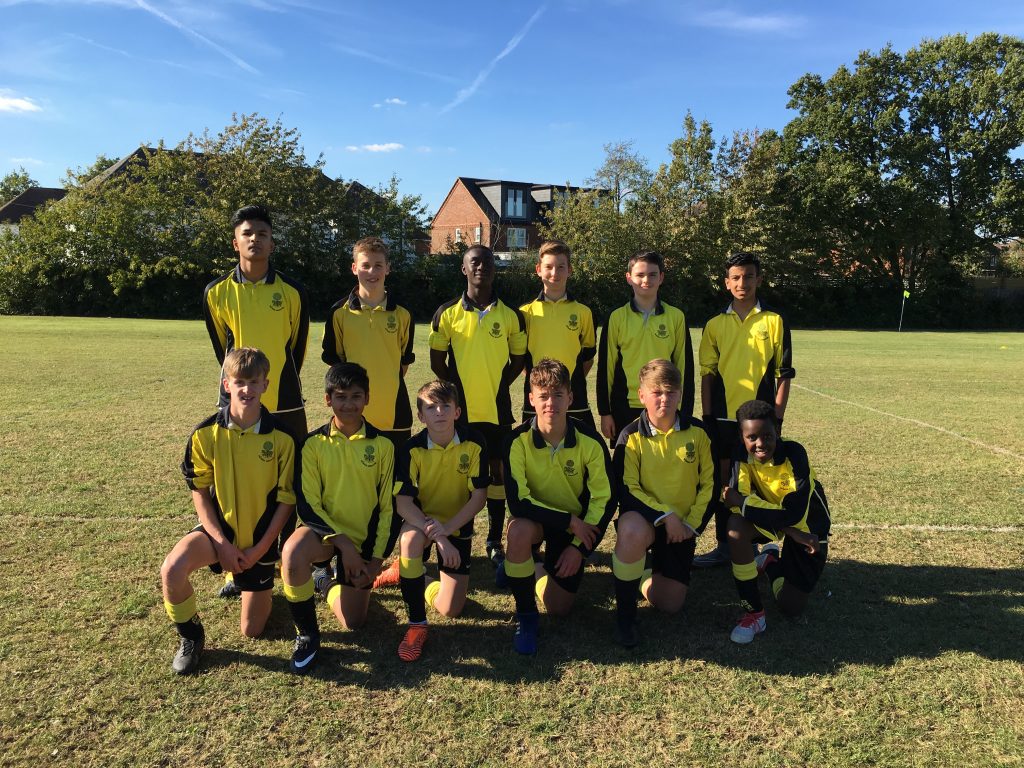 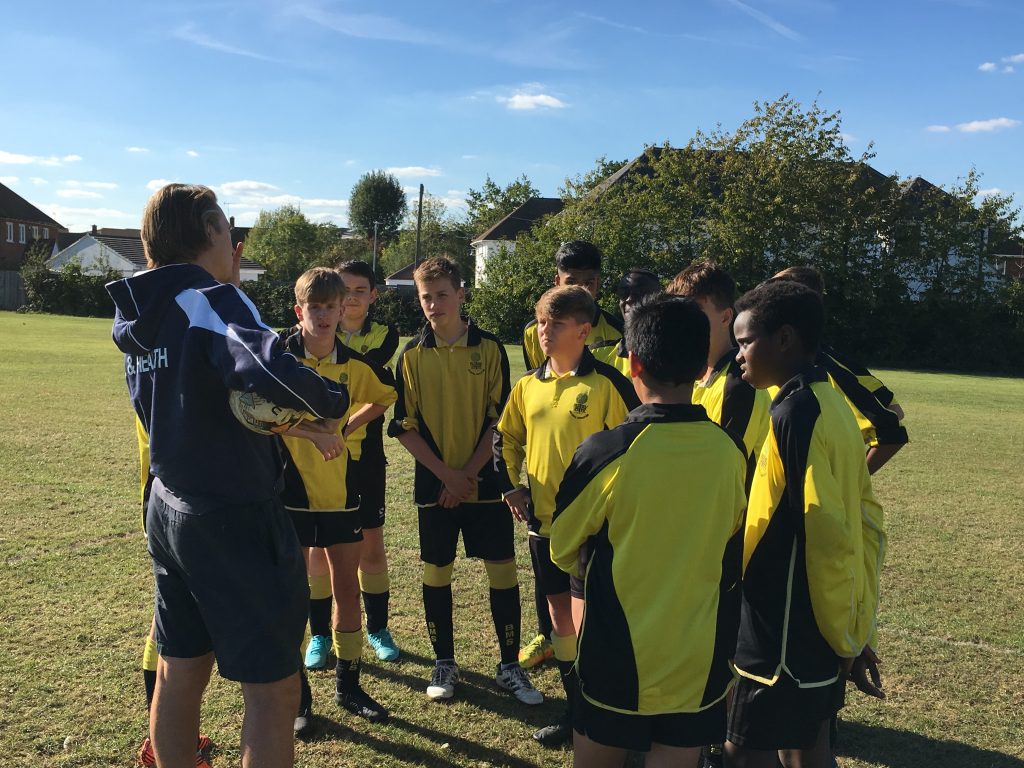 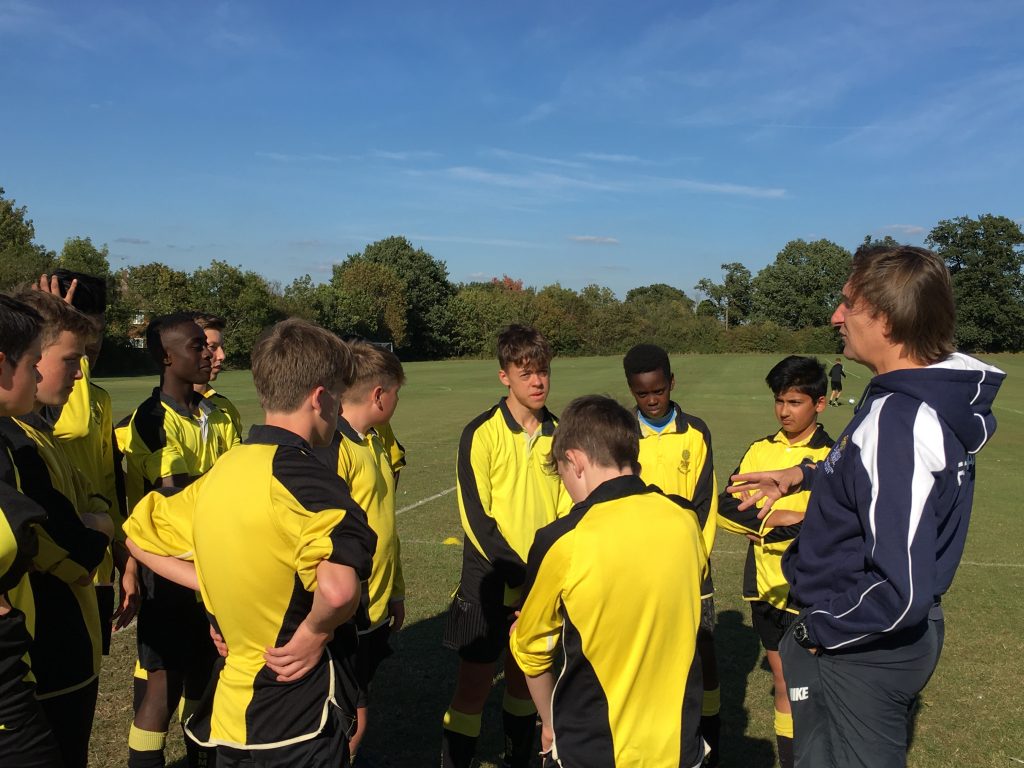 Comment: As the season gets into full flow the year 8A team got back to their winning ways. The first half saw the boys dominate for long periods of time, which lead to them going into the break 3-0 up. If the truth be told it could have been more if it wasn’t for the Westfield keeper making some spectacular saves. After the break the dominance continued as the team continued to find their feet in the new formation creating plenty of chances to increase their lead. A fantastic team performance that the team can take into their next game against Rickmansworth on Saturday.

Comment: Our heads went down after the first half when Rickmansworth scored a number of goals with fast play into their attacking third.  In the second half we came out incredibly strong and played some quality netball, scoring all 5 goals and only conceding 6.  It goes to show how our mindset can affect our performance.  Well done all for fighting hard from start to finish.  A great second half.

Comment: A tough game for our first match of the season where the score line did not reflect the quality of play.  Our girls fought hard from beginning to end, losing a bit of structure in the defensive third when put under a tremendous amount of pressure.  The team kept their heads up and battled through it.  We will address our formation and get back on track for match 2 tomorrow.  Well done for keeping the spirits high despite the defeat.

Commended performances : The whole team! what a great start to Netball at Bushey Meads.

Comment: WOW!! What an impressive start to netball from the year 7 team. In a game dominated from start to finish BMS were superior in every area of the court.  It was really hard to choose a team from, the 26 students who have regularly trained but those selected did a fantastic job in securing victory.  Great passing and moving, coupled with accurate footwork and fine shooting – A fantastic team display.

Comment: After a tough first game to the season BMS thoroughly deserved this victory.  Starting off with some positive attacking they quickly went into an early lead and built on this in the subsequent quarters. Rotating player positions allowed the students the opportunity to experience a different role and show their versatility. A great team performance.  Well done ladies. 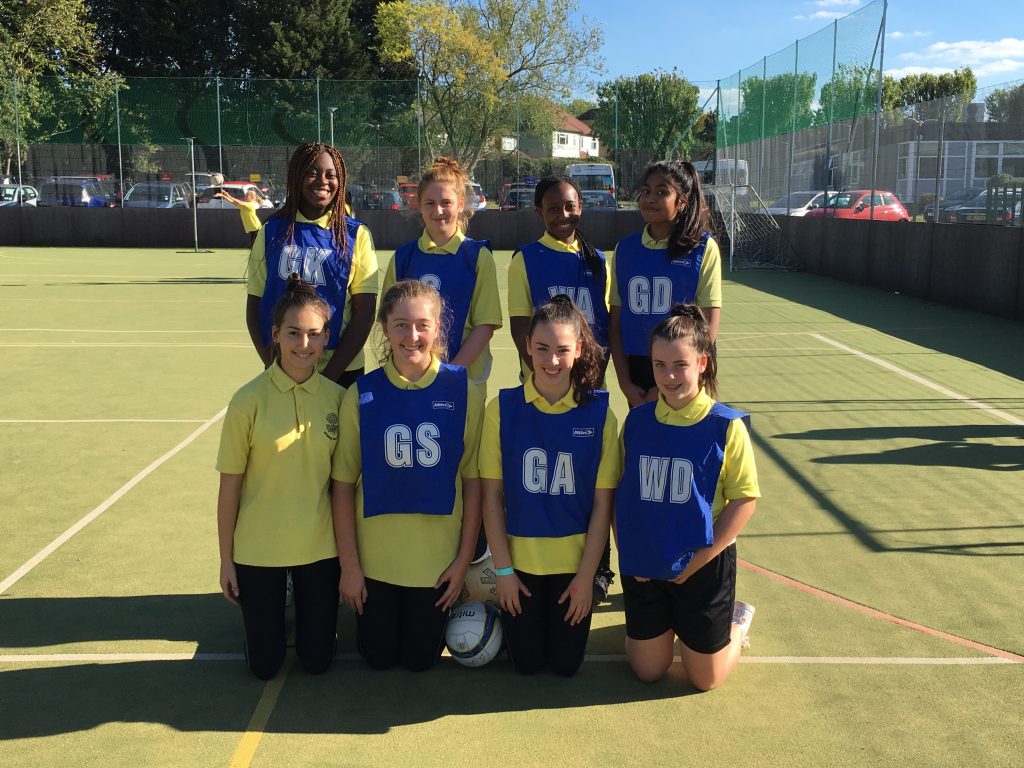 Comment: Our shooters got their mojo back tonight with lots of converted shots to give us a great victory over Francis Combe.  We played as a tight unit from beginning to end, linking the defensive and attacking play beautifully.  Totally proud of the team tonight.  We’re back! 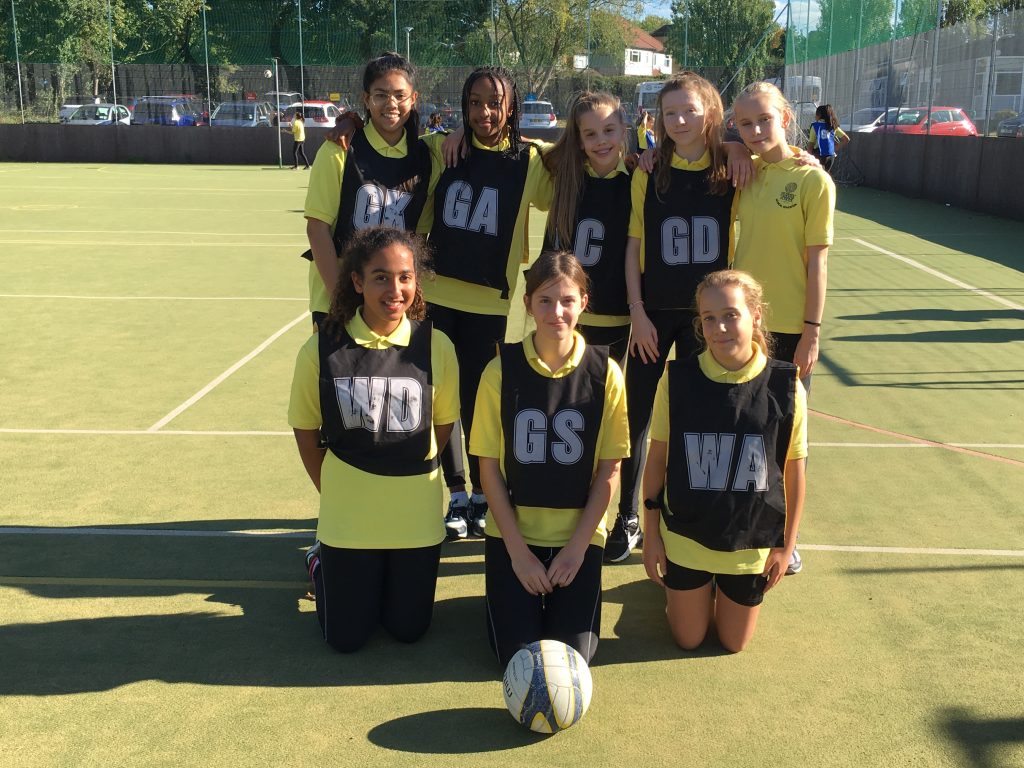 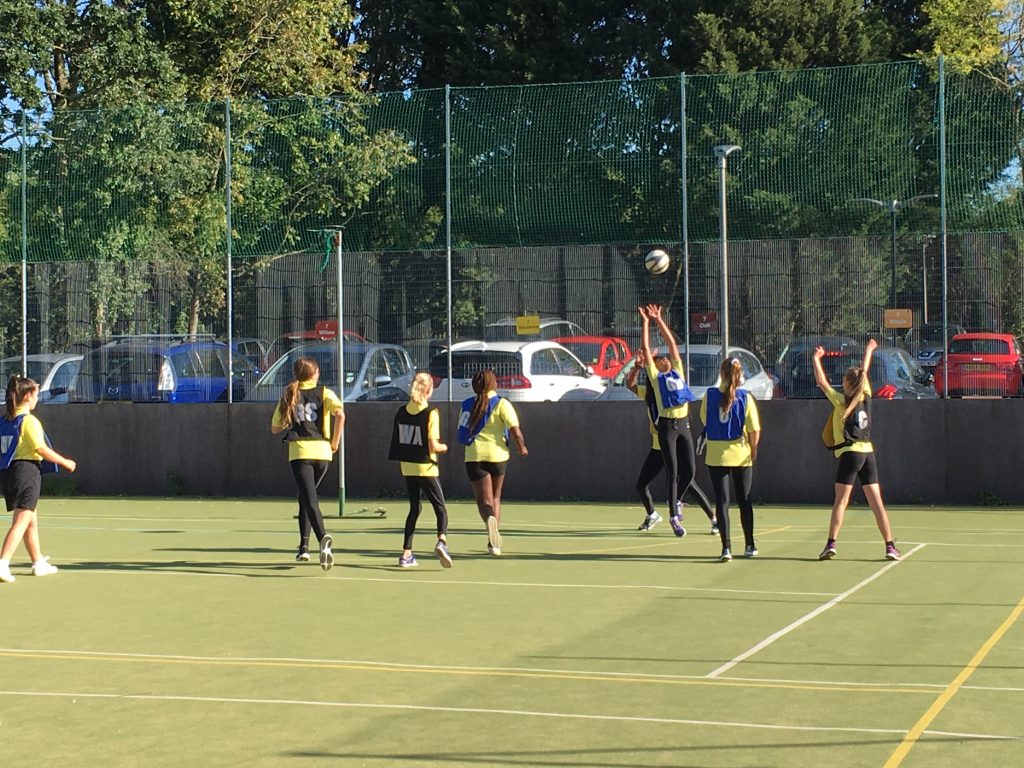 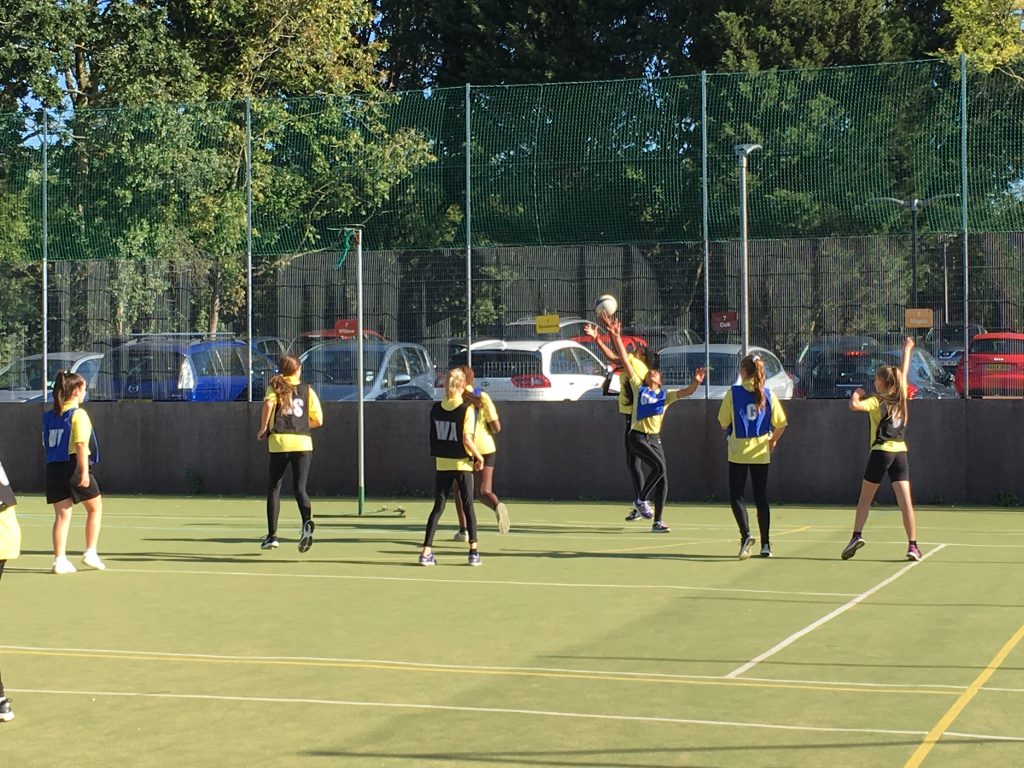 As we celebrated the end of more able week it was great to see two Bushey Meads students representing the school in the County schools swimming gala. Megan Worley (Yr7) and...