NEWS The changes in the weather will have obvious effects on PE provision. Where possible we will continue to deliver our normal curriculum and students will still go outside in...

Student of the Week – Issue 34

Key Stage 3 Keely 8 Oak – Keely is an excepional student who always gives her best in lessons.  She has excellent attendance, brilliant ATL (Attitude to Learning) scores in...

As a reminder to all parents, should the need arise to contact parents in the event of a school closure due to heavy snow (or indeed any other reason), please be aware that a...

They say that we can learn from the past to shape a better future so it is always good to visit history lessons at BMS and see students so interested and engaged. In Mr Dowty’s A...

Key Next Steps in Year 11

It was great to visit a number of Year 11 lessons this week in Social Sciences and Humanities and see the Year 11 students really focusing on planning their key next steps...

It was Aristotle who stayed that “The whole is greater than the sum of the parts” and this week at Bushey Meads we have seen many examples of how this becomes a reality here at...

Every new year brings a whole heap of resolutions, but why not make to ‘read more’ one of yours? As you will have seen from my other article this week, we’ve been busy in the LRC...

We are delighted to announce that four Year 12 Business Students have reached the final of the rigourous and popular UK Subway Challenge beating hundreds of entries from across...

Every Friday afternoon Bushey Meads Language Leaders go down to Little Reddings in groups of four to support a Year 5 French class. We have a rota so that every language leader is...

The Importance of Reading

The importance of reading quality materials on a regular basis is key to success not only in school examinations but the wider world. Being able to understand and use a wide range...

The changes in the weather will have obvious effects on PE provision. Where possible we will continue to deliver our normal curriculum and students will still go outside in cold weather if the external facilities are safe and usable. In this situation students should ensure they bring skin type tops to wear and if needed gloves to keep warm. Where the facilities are unplayable in the case of snow all students should remember trainers and indoor kit. We will always try to ensure that ALL practical PE lessons take place in some format.

The new Y10 Sports Leaders group started their training on Friday 18th January and already I have been really impressed by their maturity, responsibility and enthusiasm for Sports Leadership. They are working towards the Level 1 qualification and we look forward to seeing them progress. Best of luck to Jess B, Georgia B, Bette-Louise C, Aaron D, Maisie H, Andrea H, Zak K, Charlie M, Jay M, Skye N, Jake N-A, Zoe P, George R, Milee T, Madunan U. 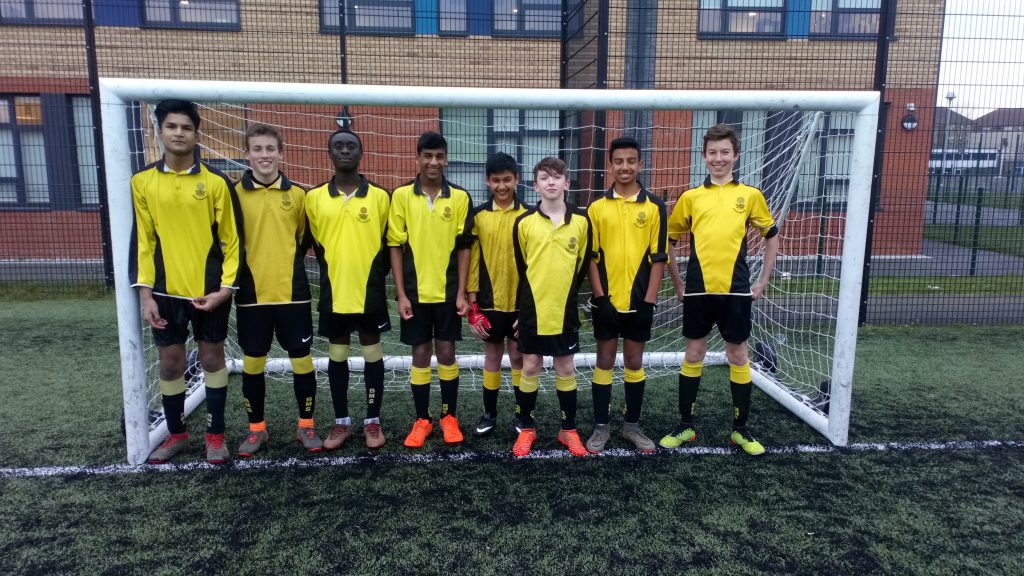 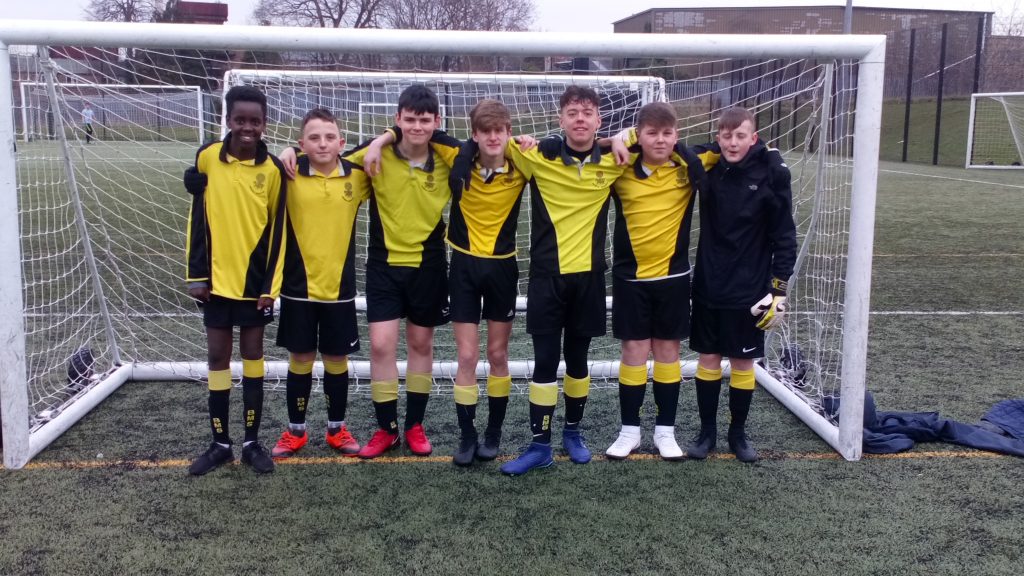 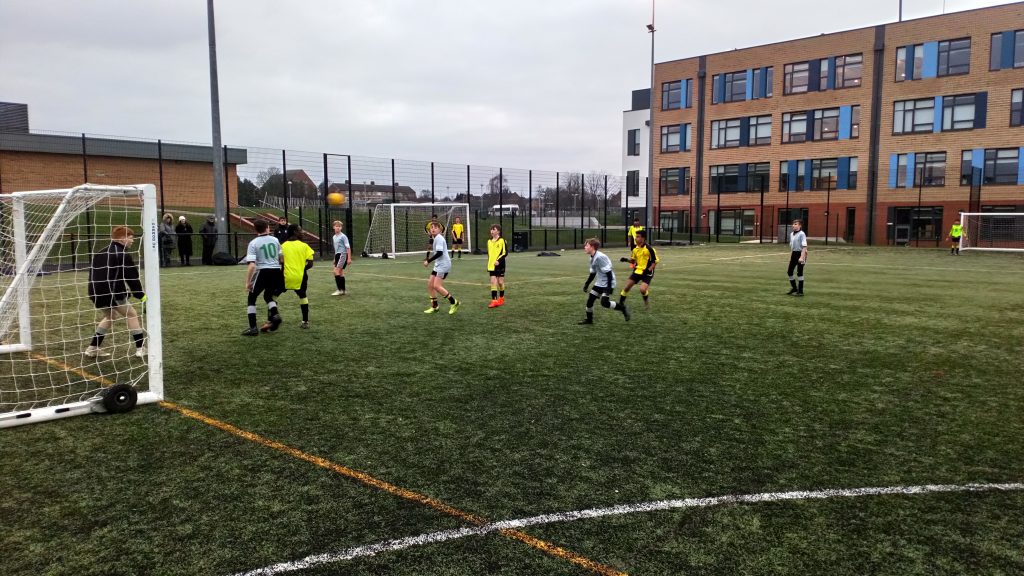 Comment : In a very enjoyable 6-a-side tournament both BMS played some very good passing football and were both unlucky not to win their respective groups. However having both lost one game the two teams played out a very enjoyable 3rd/4th place play-off with the A team recovering from going 2-0 to win to win 6-4.

Comment : The boys faced a strong Bushey Academy team in the first match of the season but after a disappointing first quarter showed much improvement on defence in the remaining quarters. Tyler P carried the offence to the opposition scoring 5 baskets. A spirited effort by the boys with more shooting practice required to ensure future success.

Comment : A disappointing performance by the boys after the positives of the previous fixtures. Improvements needed on defence and shooting.

Comment : This was the teams first basketball game of the year, which saw them play local rivals Bushey Academy. The first quarter started well and saw the boys take a healthy lead thanks to some clinical shooting and some excellent half-court defending. The second and third quarter again showed dominance in all aspects of the court, creating some excellent opportunities to score. The fourth quarter say the opposition apply a lot of pressure on our defence. However the team stood strong and held on for the win in what turned out to be a close game.

Comment: Monday saw the year 8 basketball team play their second game of the year against a well organised Croxley Danes side. In the first quarter both teams created very few clear scoring opportunities but defended resolutely. The second quarter saw a very similar pattern of play as again few clear chances were created but both defenses stood strong. However the third and fourth quarter produced some excellent basketball from the team, producing plenty of clear scoring opportunities which resulted in the team coming out victorious again. A great start to the year for the team with plenty of things to keep improving on.

Comment: This was the teams first ever basketball fixture which saw us travel to Rickmansworth School. The boys delivered a strong performance in the first three quarters which saw them enter the last quarter with a 10-2 lead. Rickmansworth came out strong for the final quarter and clinched a draw, which was a fair result for both teams overall. It was great to see so many happy faces both during and after the fixture. The boys represented themselves and the school exceptionally and are all looking forward to the next fixture.

NEWS HERTSMERE BADMINTON TOURNAMENT DATE : Tues 15th October 2019 The changes in the assessment standards of the practical aspects of the GCSE PE course have had a significant...