The last meeting of the Debating Society this term saw the announcement of the winner of the election to become the new leader of the group. With a drum roll from those present,...

Willow House were privileged to have our inspiring Associate Leader Mr O’Kelly taking their House Assembly on Thursday of this week in the absence of their Head of House Mrs...

We reached the center at around 9 o’clock after a lengthy yet fun coach journey. When we arrived, we were taken to a classroom where we were split into four groups of seven....

When we went to the Europa Centre, I found it very useful for my Spanish speaking skills and they really challenged our ability to speak in Spanish for a whole morning! I really...

Year 9 students spent part of enrichment day focused on one of our core values. This involved a lesson and then a creative writing activity. Mr Burnell’s class produced some...

Last Friday we were privileged to host an artist in residence at Bushey Meads who worked with a More Able group of 30 students who produced four stunning sculptures that have been...

It made for an inspiring start to the week to hear from three of our key leaders in the Learning Support Faculty at Bushey Meads School on Monday morning. We have a number of...

Kindness Thought of the Week – Issue 41

The last meeting of the Debating Society this term saw the announcement of the winner of the election to become the new leader of the group. With a drum roll from those present, outgoing leader Leon declared that the new leader would be Jhanavi (9 Oak) who beat Megan (also of Year 9) in the run-off. Congratulations to both Jhanavi and Megan who showed off their strong debating skills as they made the case as to why they should become the next leader after Leon over a series of debates. 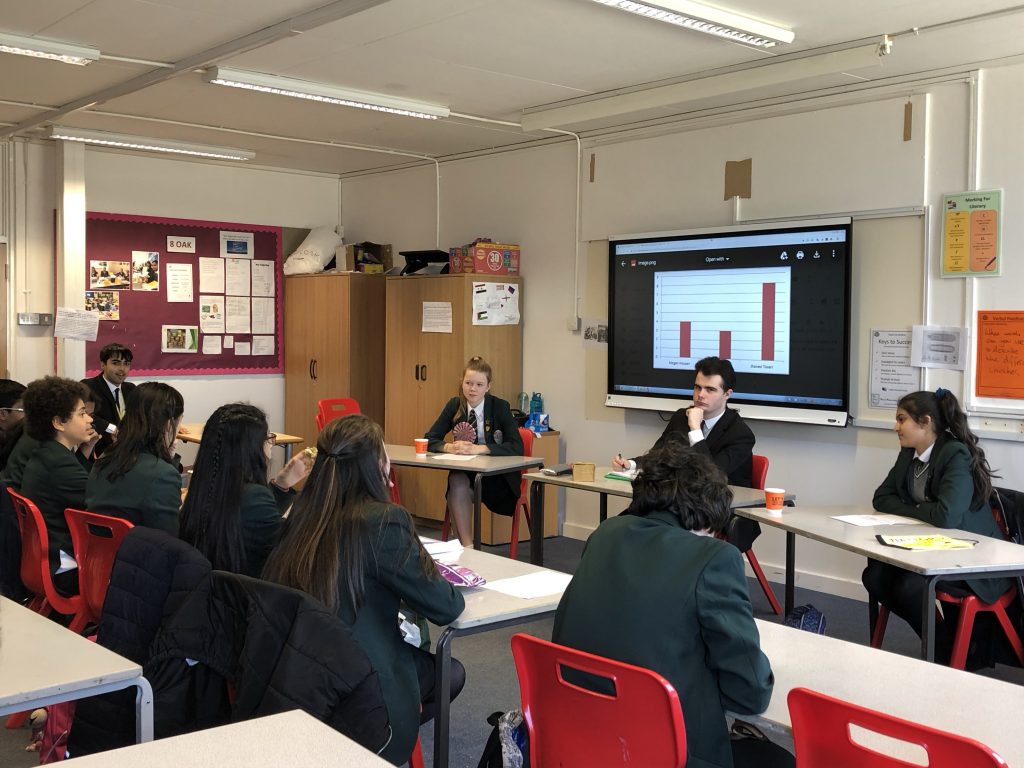 It was a close call but in the end Jhanavi gained the most support. She will have a hard act to follow as Leon, ably assisted by Victoria, has led the society this year with great ability, dedication and style. 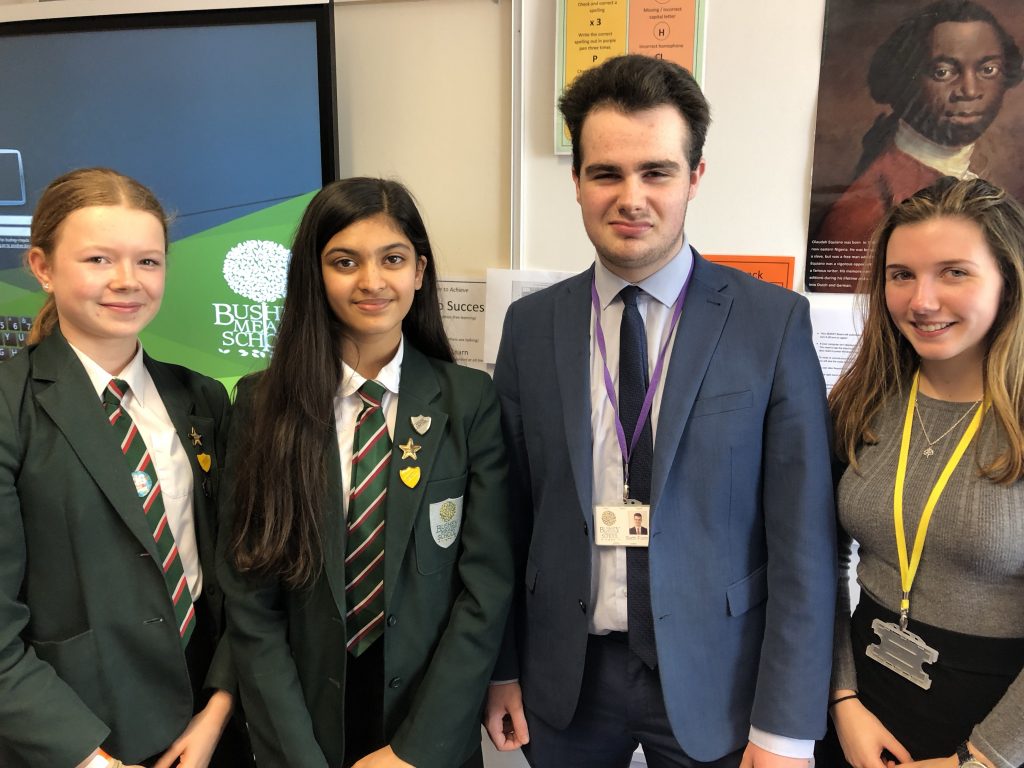 Meetings in H4 have regularly been crowded with late arriving members risking not having anywhere to sit. I have particularly enjoyed seeing students across the whole secondary age range from Year 7 to Year 13 debating with passion and commitment whilst showing respect for each other.

Jhanavi will chair her first meeting on the first Monday of next term, April 29th as she plans to move the society forward with help from others. We wish her well and say a big “thank you” to Leon for being such a talented and charismatic leader this year.

A Frequently Asked Question: How do parents and carers find out about all the BMS clubs and activities?

With such an eclectic programme of trips, clubs, revision sessions and enrichment activities on offer, it is an ongoing challenge to keep up with what is happening at BMS! As...

A First for Bushey Meads – Fishing

On the recent Enrichment Day, 11 students chose to go fishing – a first for Bushey Meads School. We struck gold in securing the generous hospitality of a local angling club...