Led by Mrs Waring and Mrs Speker, Year 11 students had an introduction into compositional elements of photography, some technical training on using lighting equipment and...

Give the gift of reading this Christmas

Did you know that 383,775 children in the UK don’t have a single book of their own? Children who own books are six times more likely to read above the level expected for their age...

On Friday December 6th our current Year 11 students got to spend the day as a Sixth Former taking part in our ‘Into Sixth Form Day’. The day was spent experiencing the day to day...

On Monday, myself, Georgina (Head Girl), Georgia (Head Prefect) and Yama (Head Technician), attended the Senior Citizens lunch at St James’s Church, in Bushey. Our job was to help...

It was great to hear from our hard working Subject Specialist for Geography Miss Dunsby on Monday of this week in our weekly Monday Magic Moment about how she uses Opinion Lines...

On Tuesday of this week as a school we hosted three senior leaders from Mill Hill County High School in Barnet who were visiting Bushey Meads School to glean best practice in...

It was superb to have our senior school leaders including our Head Boy Ben and Head Girl Georgina join the Senior Leadership Team at Bushey Meads School for their weekly meeting...

The Year 10 Sports Studies group are currently working on an Outdoor Activities unit and to build on their sailing trip earlier in the term the group went for a days outdoor cycling experience at the London Velopark on Thursday 5th December. This included an hours training in BMX riding where the group got to ride on the actual Olympic track from London 2012. The group really developed their BMX riding skills as they progressed through the various challenges. 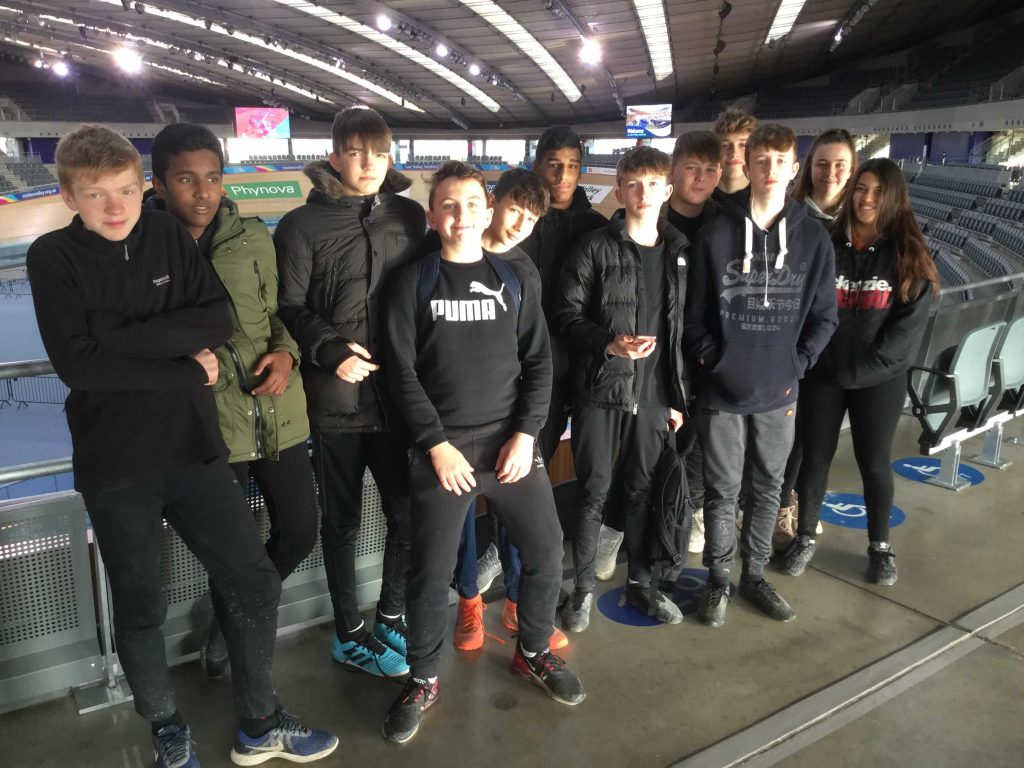 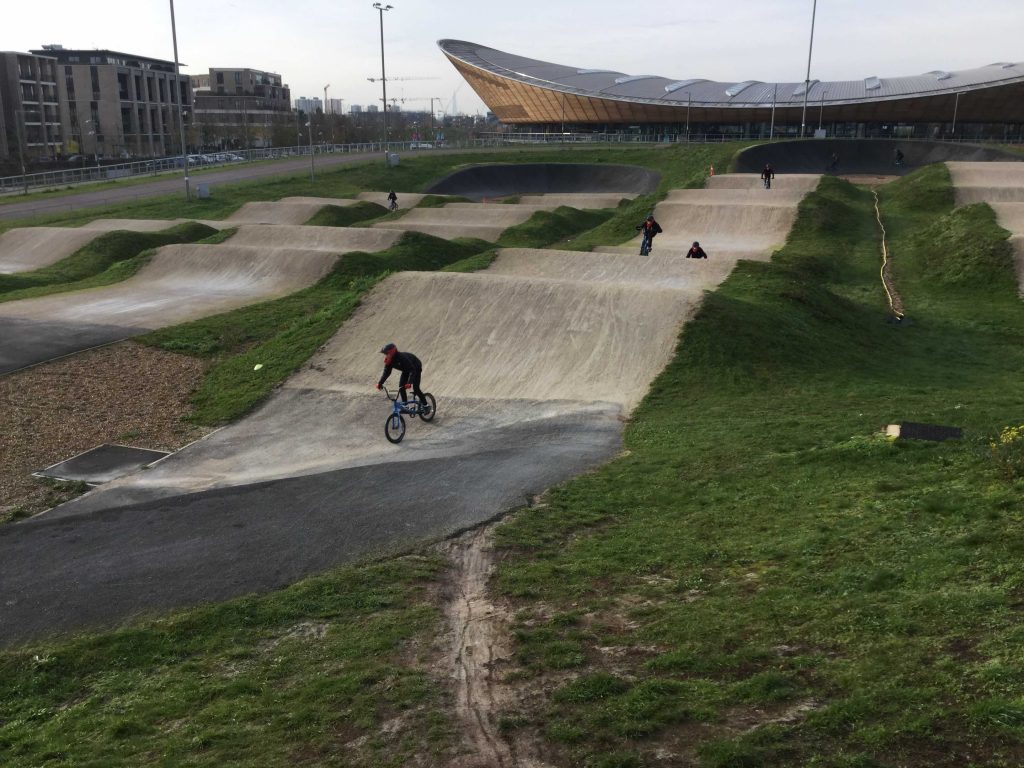 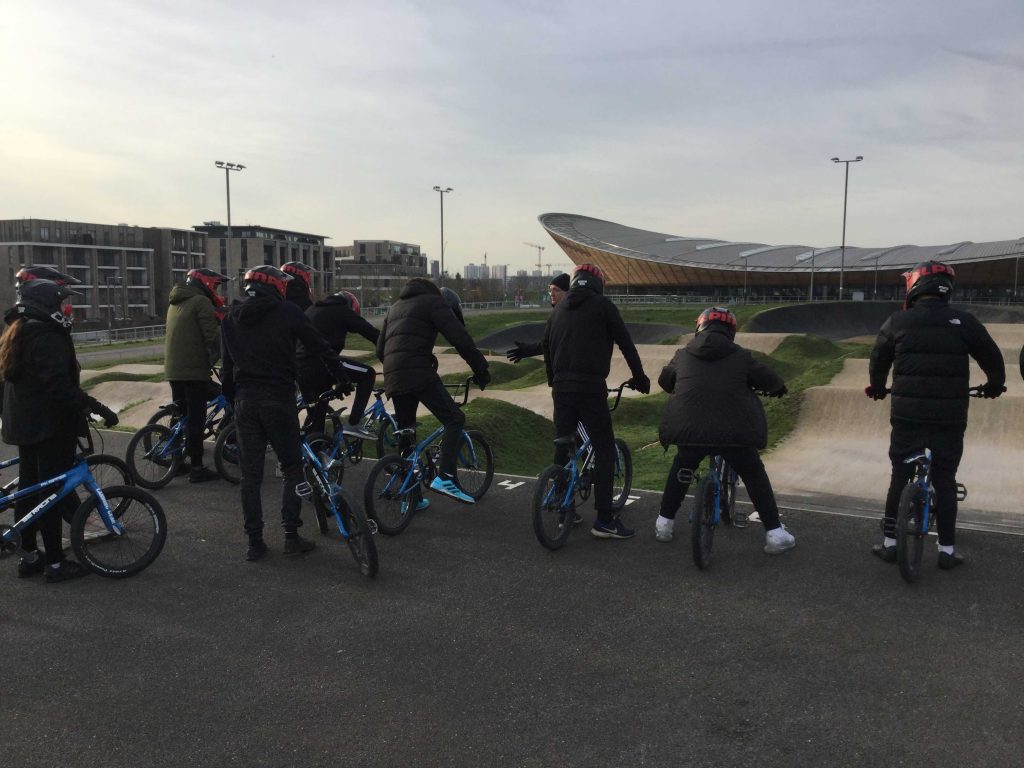 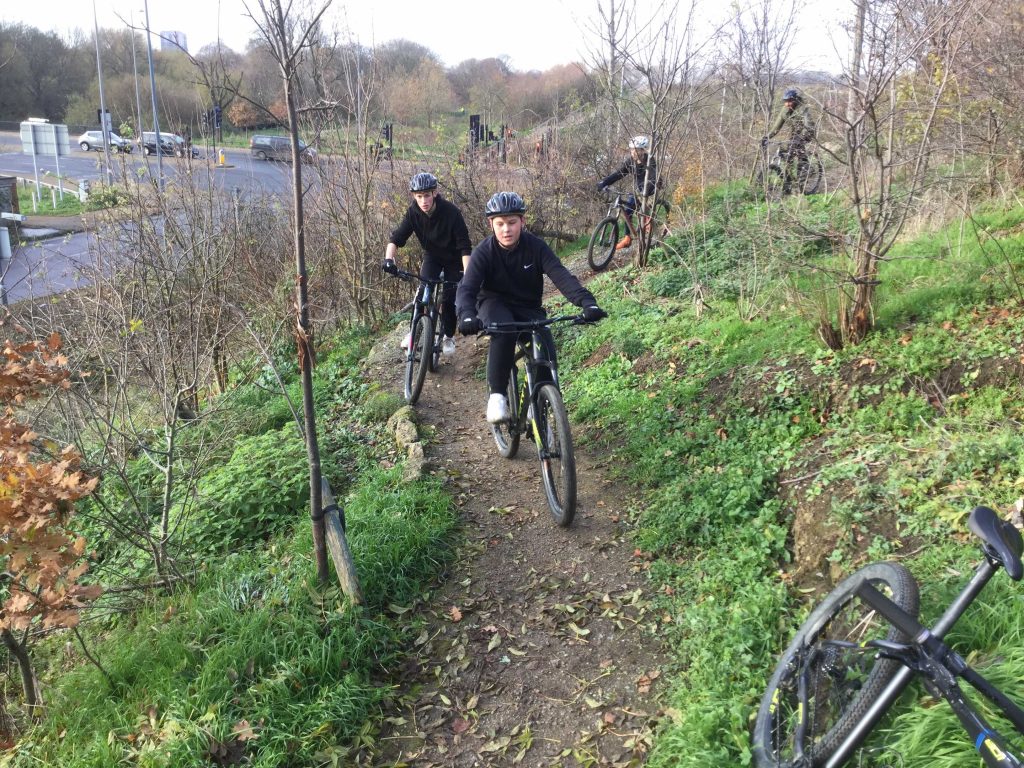 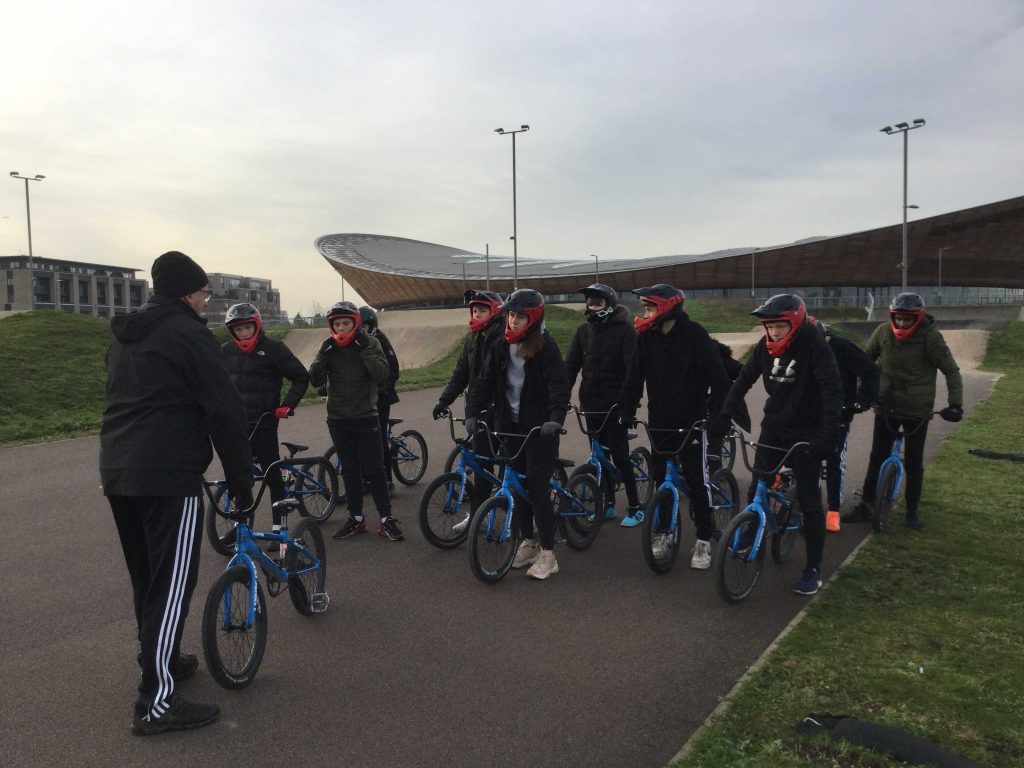 This was followed by an hours mountain biking on the various trails around the cycling venue. The group showed great determination and some really proficient cycling skills as they completed all the tasks set by the instructors. The attitude of the group throughout was excellent and there were some really tired legs on the journey home. The group can use these personal experiences to support their assignment work and it also prepares them for the outdoor challenges to come in Cornwall next year. Well done to all those who took park in the trip. 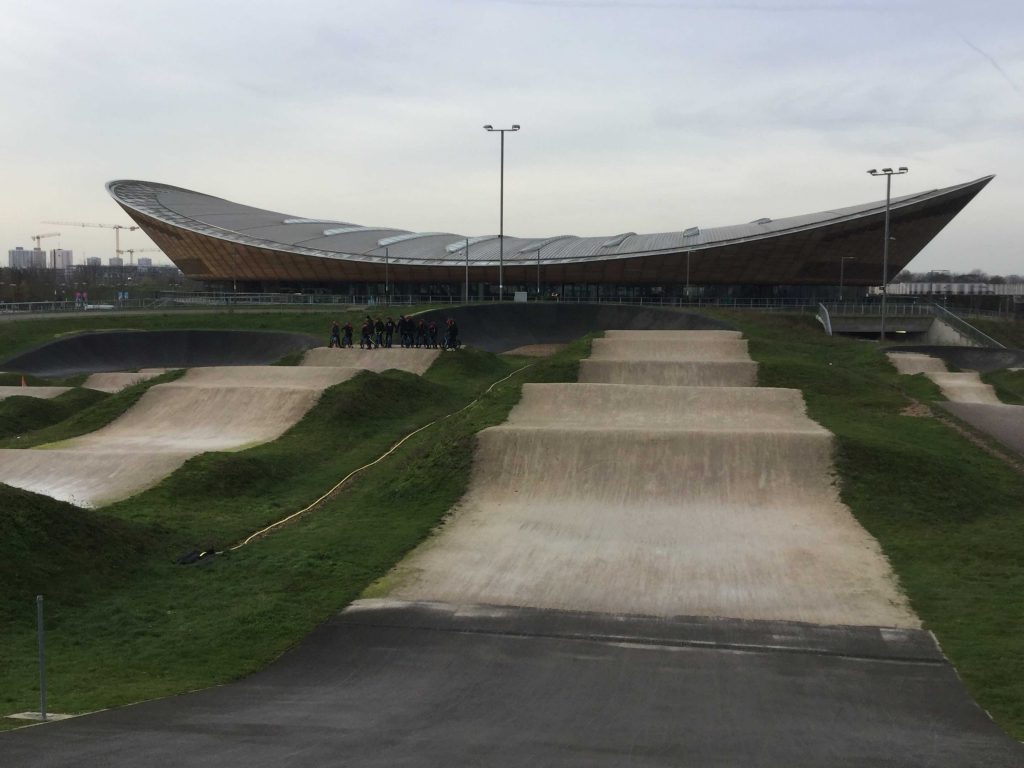 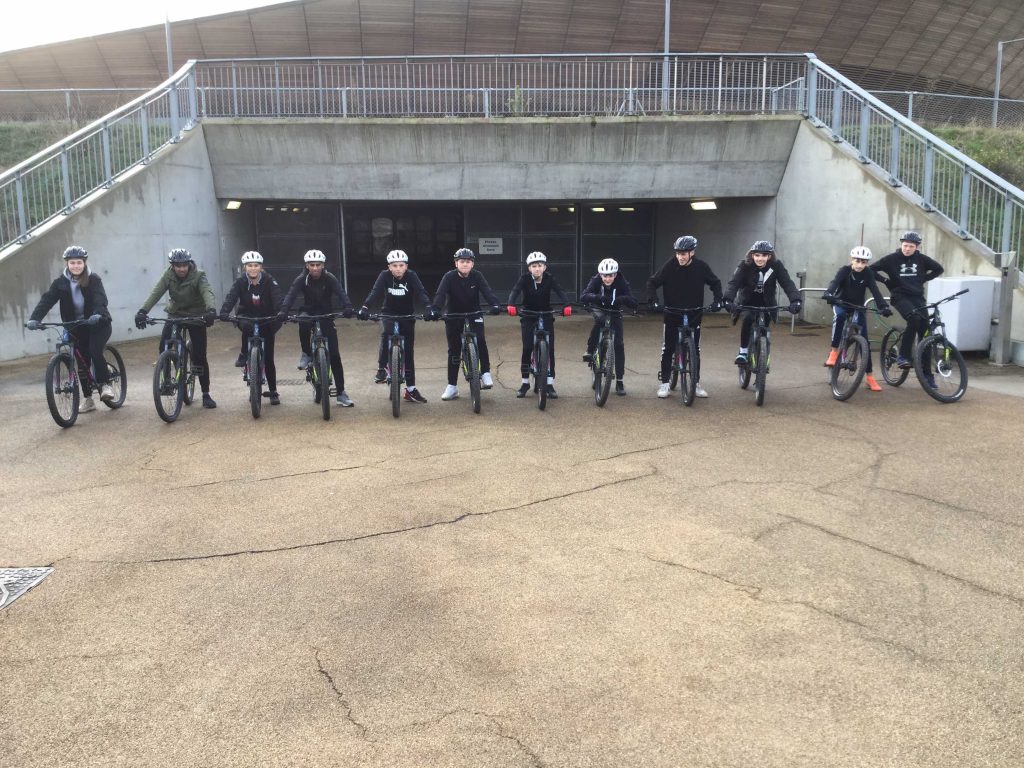 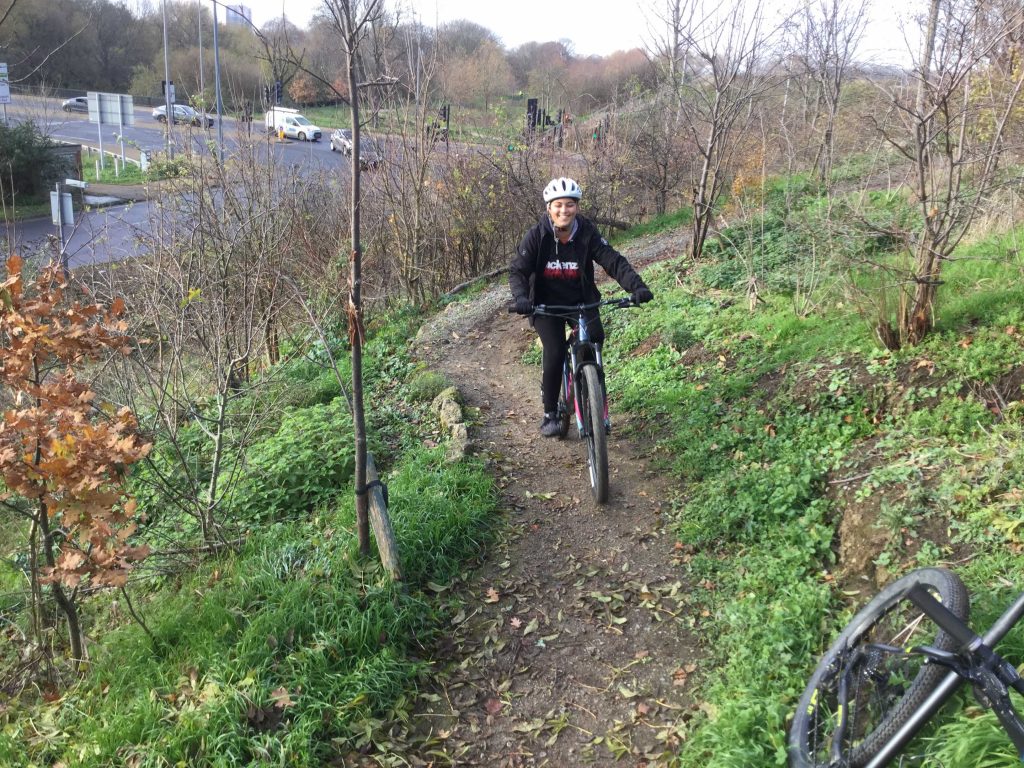 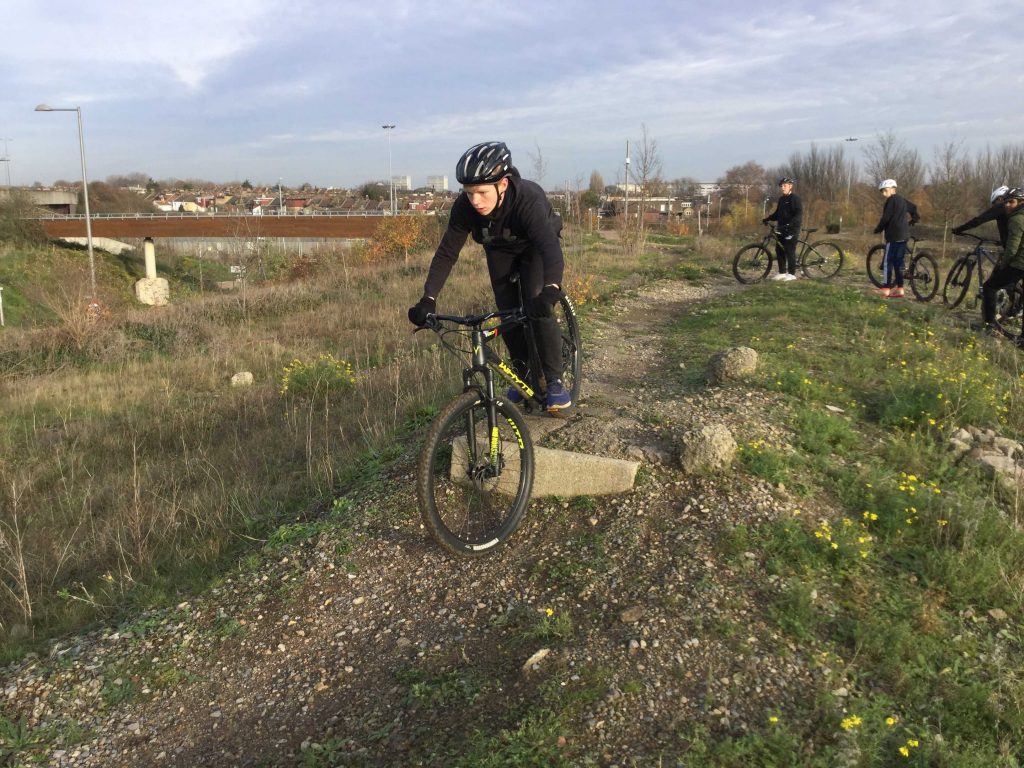 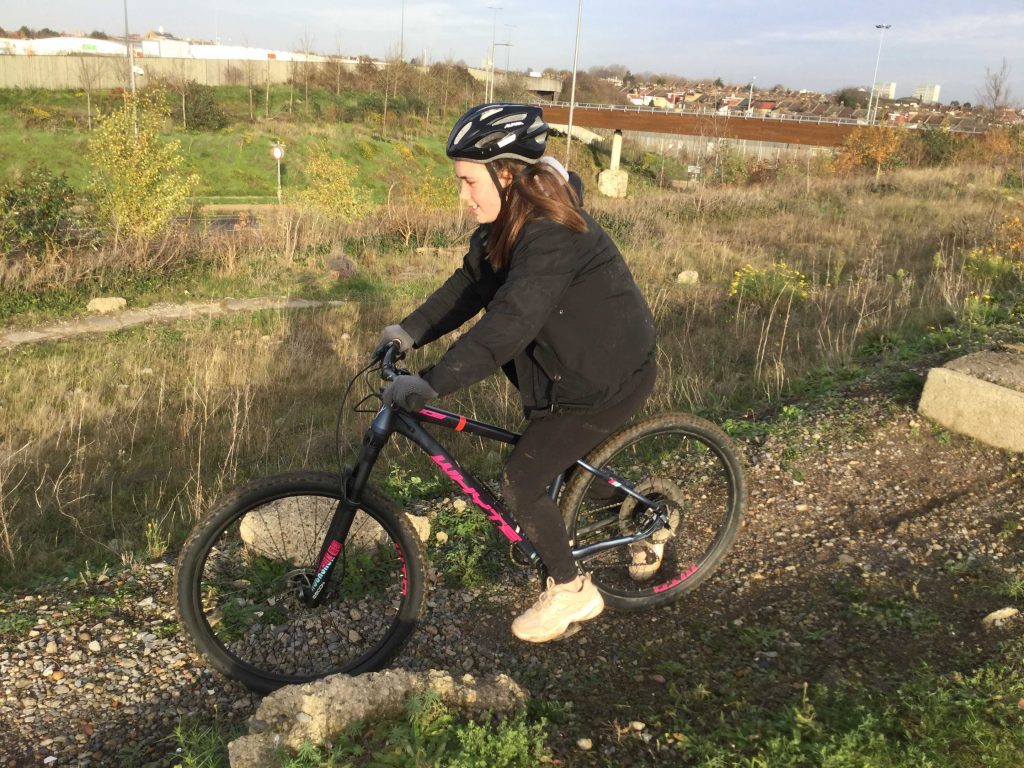 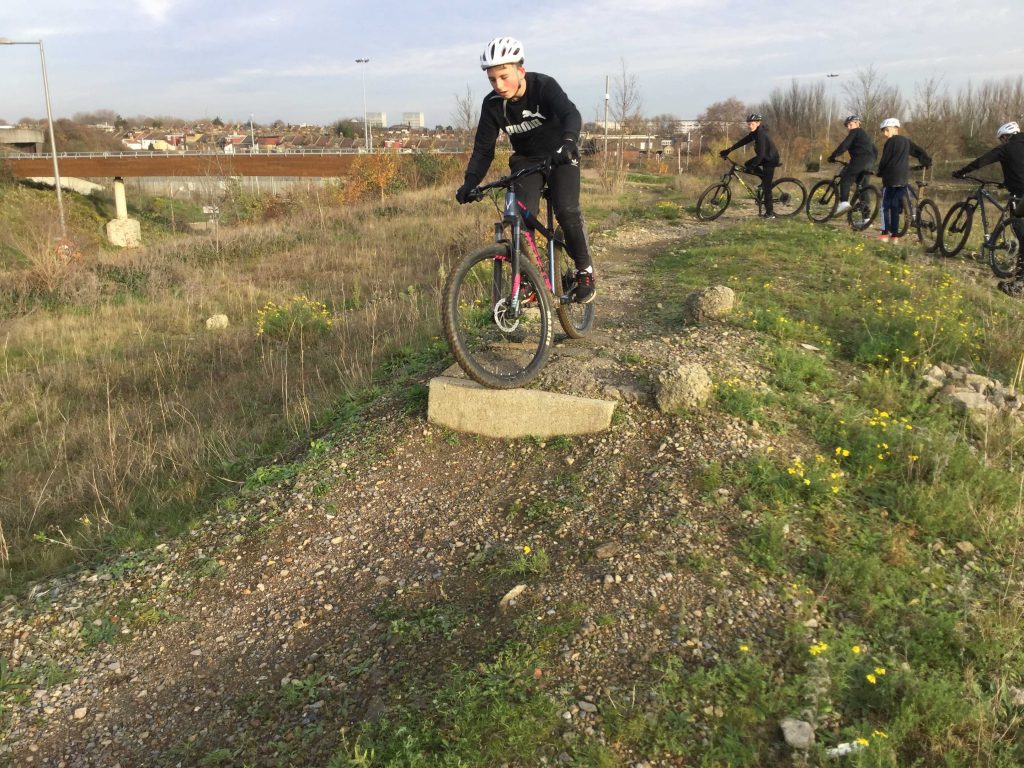 Watford Harriers Athletics and Arsenal Ladies Football sessions have now finished for this term. Thank you to the respective coaches, Pete and Junior, for their work with the students of Bushey Meads.  We look forward to seeing you both in 2020.

Comment: A very strong performance against a team who were above us in the league. Confidence on the ball and speed and power in attack was far too much for the opposition to cope with. A fine final performance in the District League for the whole squad who have played well for 5 years at BMS.

Comment: A tough game for the boys against a strong St Clement Danes team. The first half was much closer but as we tried to get back into the game and get some more players forward, it opened up the game. St Clement Danes were much more clinical in front of goal, however our boys can be proud of some of the opportunities created during this match.

Comment: A difficult fixture where the team battled hard to stay in the game for as long as possible. Creating just a few chances, Josh managed to grab his first goal for the school. A much improved second half performance saw a much more even half and BMS creating more challenge for the opposition.

Comment : The Year 10 boys produced another determined performance in difficult conditions on a very heavy pitch. Against a strong Academy side the boys took an early lead and then played some excellent football in a strong first half performance. However with the wind against in the second half the boys faced intense pressure and despite rallying well at the end finally went down to a 5-2 defeat. The boys have made great strides in the premier league without getting much luck but can be proud of their efforts.

Comment: Tuesday saw the year 7A team play their final league game knowing that a win would take them into finals day later in the year. The team started excellently playing some great passing football on a pitch that had been heavily affected by the recent wet weather. The team were clinical, creating some excellent chances that were well taken to give the side a resounding 7-0 lead at half time. The second half started in similar fashion with us dominating the ball, however we were now not bing as clinical in front of goal as we were before, missing some good chances to extend our lead. As the half went on Immanuel grew into the game and produced some good goal scoring opportunities of their own. However a further two quick goals sealed the victory for the year 7A team. A very impressive performance that can be built upon for their final game of the season on finals day.

Comment: In tricky the conditions the Year 9’s looked to finish the year with a bounceback win on home turf. Under the late afternoon sun the boys Croxley Danes and within a minute they were 1-0, not the early christmas present we wanted. As the half progressed using a talented left winger and some questionable clearances from the defence the boys found themselves 5-0 down at half time. After a quick chat to remind them to keep the ball away from the boggy sections of the pitch and some tactical changes the boys looked stronger in the second half. Ilias, Josh and Karris held a strong defensive triangle in the middle of the park and with Qasim moved to right back to deal with the pacey left winger Croxley Danes struggled to show the attacking threat they did in the first half. BMS started to move the ball up the pitch well with some nice interplay but struggled to create that clear cut chances that would get them on the score sheet. Unfortunately time got the better of us and as we pushed up the pitch it came down to Benji to make some solid saves to keep the game at 5-0. A second half to proud of from a BMS and a marked improvement from the 1st Half.

Comment: Another opportunity for students at GCSE level to play competitively against students also taking netball as a GCSE PE sports option.  Students in year 11 took part in a friendly match hosted by Bushey Academy which allowed staff to discuss and moderate students grades whilst giving students another fixture to record in their activity logs.  It was clear to see the outstanding performers in the evenings play and they will be recognised for this in their grades, however perhaps most importantly it allowed students who are not part of either schools teams the opportunity to play with a better standard of player therefore raising their own performances.  Whilst not a competitive fixture, and with teams being mixed up between the schools as they would on a moderation day, it was a very valuable experience for students and staff alike.  The girls from Bushey Meads were clearly the dominant players but they were very supportive of their peers from Bushey Academy in helping them gain the best marks possible.

Commended performances : E. Rogers for excellent movement around the entire court and for equal success in both attack and defence

Comment: Congratulations to our year 7 team with a great win against The Reach Free School on Monday.  The passes flowed from the back line with ease to our attacking players and we were converting our shots when we had the opportunity.  Each time The Reach Free took a shot our defenders were grabbing the rebounds and passing the ball straight into attacking play.  We were organised, confident and a pleasure to watch. We cut the last quarter short as could barely see the ball; noticeable as the nights are drawing in earlier on the run up to xmas.  Well done again to the entire team.

Commended performances : E. Clarke for exceptional interceptions throughout the game

Comment:  As the score line suggests we were totally outplayed by an incredibly accomplished team.  We did however improve as the game went on, especially in the second quarter where we gained some confidence and managed to score 3 goals to their 1.  Their shooters were outstanding and did not miss!  In true BMS form though we stayed positive and fought until the final whistle.

Comment: Organised as an opportunity for girls in KS4 to play competitive basketball as well as receive some expert coaching through a series of conditioned games, this was a fun and educational evening for those participating.  The girls were put through a series of drills with Ms Polson (Queens school) looking at developing both their passing and moving and shooting skills before embarking on a competitive game.  Although the Queens girls are far more experienced and play regularly the BMS squad did not disgrace themselves and were a real match for their opposition.  Improving in their positional awareness and game understanding as the game went on Bushey Meads played a good passing game and with a bit  more practice under the basket would certainly have reduced the deficit. A fun evening which we plan to repeat in the new year. Thanks to Ms Polson and well played girls. 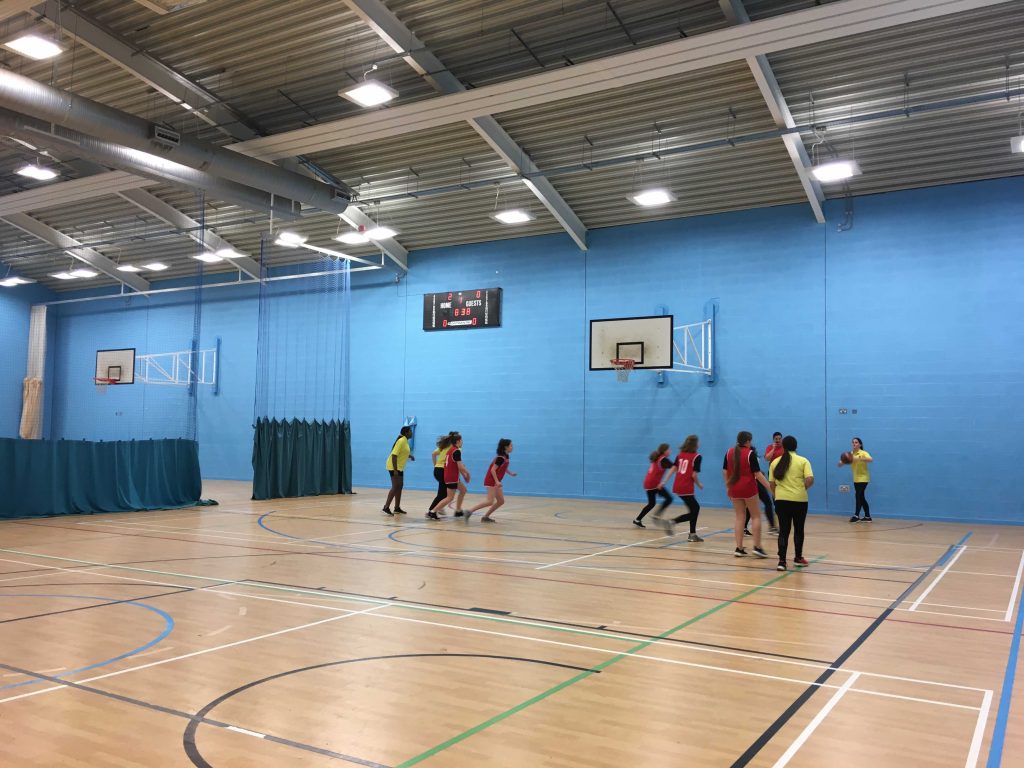 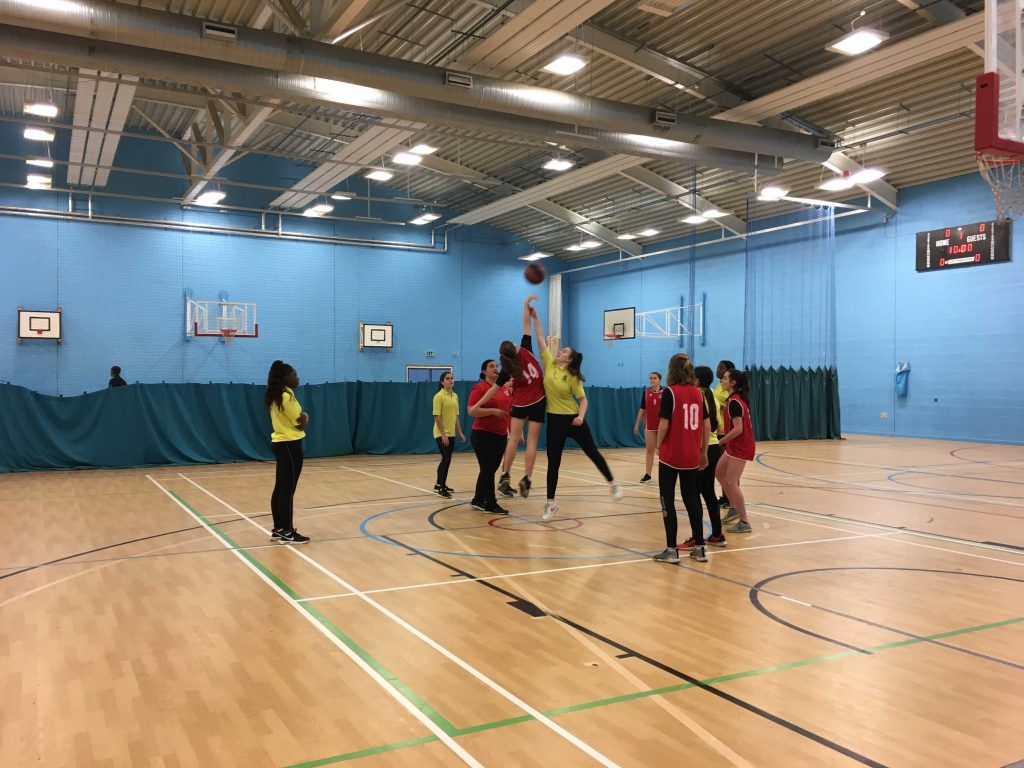 Our annual Health and Fitness Week has gone really well as usual at Bushey Meads. Led by our superb Head of Faculty Mr Cartledge it has once again involved all staff and students...