My name is Vanessa Georgiou, I work in Human Resources and have a son in Year 10.  I am part of the Teaching and Learning Committee, which is one of the sub-committees of the...

For Enrichment Day on Thursday 8th November in the dance department, an external choreographer came in to teach the Year 9 dance students. Kate Flatt, who is currently writing a...

In preparation for the start of this academic year, a newlook Teaching and Learning Team (TLT) was put together at BMS which consists of: Miss Davey – Advanced Lead Teacher...

On Wednesday 21st November 2018, all teaching staff across the Bushey St James Trust (BSJT) convened at Hartsbourne Primary School.  The BSJT in its current form –...

On Monday 5th November 2018, BMS hosted the Bushey St James Trust Staff Conference on ‘Establishing a Culture of Stretch and Challenge’.  As the reformed GCSE, A-Level and...

Four of our students, Anouska, Umar, Tyler and Sadiq took part in the Senior Team Maths Challenge at Merchant Taylor’s School. They prepared for the event by attending...

The final Final Friday Faculty Focus to mark the end of our latest Marking and Feedback fortnight was a really positive way to end an excellent period of time at BMS where we have...

It has been great over the last couple of weeks to see all the girls in Years 7-10 taking part in the Inter House netball competitions. The Inter House sports competitions are a great way for large numbers of students to take part in some competitive sport. The benefits of regular exercise for young people are well documented and all of our students should be aiming to take part in at least 7 hours of moderate to high intensity physical activity every week. Team sports bring a number of additional benefits including teamwork, developing communication skills, learning to respect the opposition and officials, dealing with success and failure, leadership as well the the physical fitness and skill improvements of taking part in a range of games.So far this year term we have had the cross country and netball events with the boys indoor 6-a-side football tournaments taking place at the end of term.

This Friday is the first Bushey St James Trust Primary school basketball festival where we welcome 60 year 5 students from Hartsbourne and Little Reddings Primary schools for a morning of basketball skill development and game play. The sessions will be led by the Year 11 Sports Leaders as part of their Level 1 award.

BMS PE and Health Faculty mark the start of advent with a ‘30 day challenge’ for students to get involved in.

The challenge can be completed over any 30 day period with the focus on developing both physical and mental health.

With an increasing number of young people not meeting the recommended weekly activity levels this can have a negative impact on their mental health.  Research has shown that small changes over a 30 day period can have an impact on longer term physical and mental health improvements.

The challenges range from tasks such as ‘time without social media and gadgets’ to ‘taking a 15 minute walk’ and ‘taking part in a HIIT training session’.

Students should look out for the display outside of the school hall and pastoral office.  They will find a folder where they can collect a record sheet in order to begin the challenge.

When they have completed and ticked off all challenges on the sheet they can return it to Mrs Cooper in the PE and Health Faculty to earn reward points. 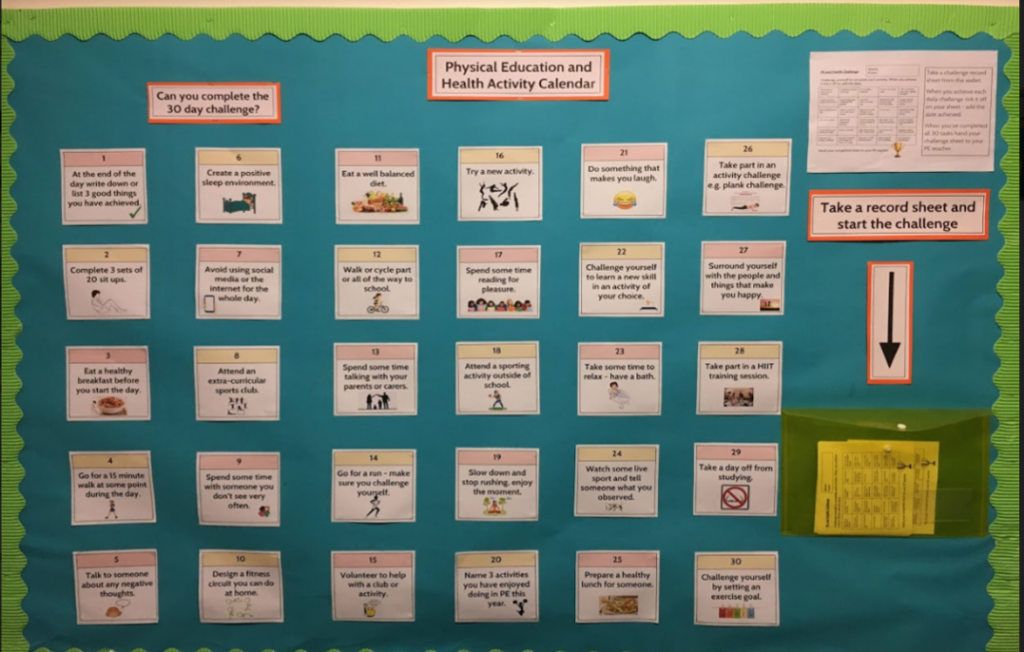 It has been very exciting couple of weeks in girls PE.  The annual house netball competition has taken place with all girls in years 7-10 representing their houses in the pursuit of the title of House Netball Champions 2018.

Some fantastic play from all year groups and high levels of student engagement has resulted in some tightly contested matches meaning the overall competition has been very close.

Students take part in their PE classes and their position and points total is added to that of those in the corresponding PE classes in order to give a year group champion as well as overall house champions.

I am delighted to say that the title of House Netball Champions 2018 is shared between :

A breakdown of the different year group champions can be seen below. 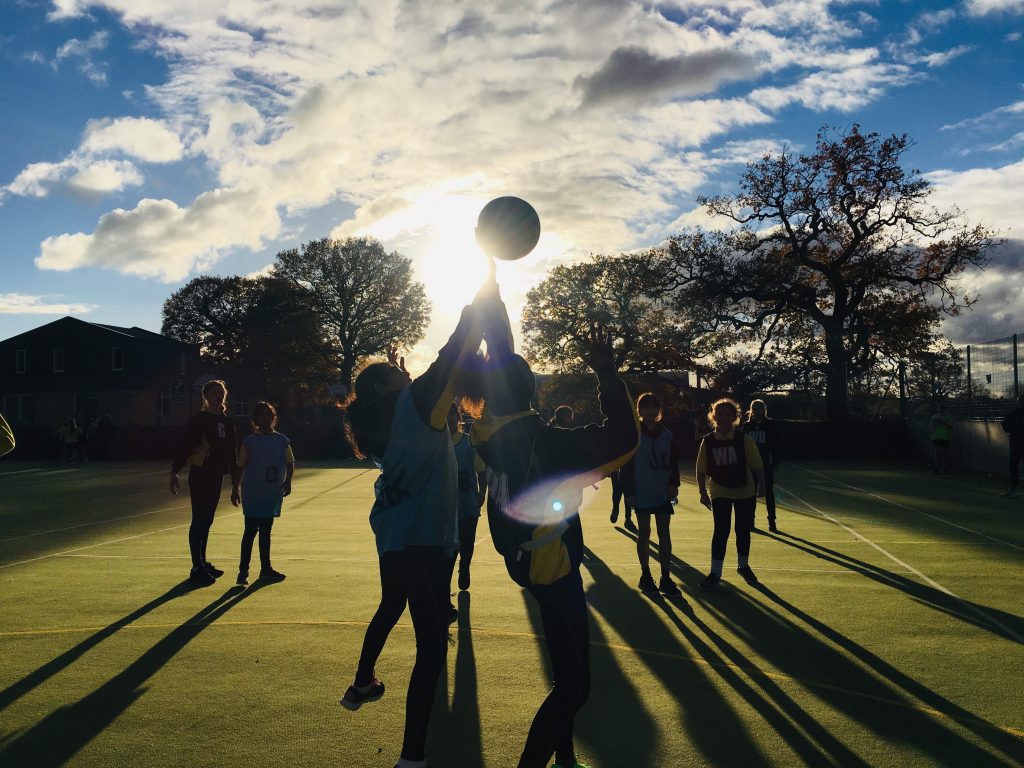 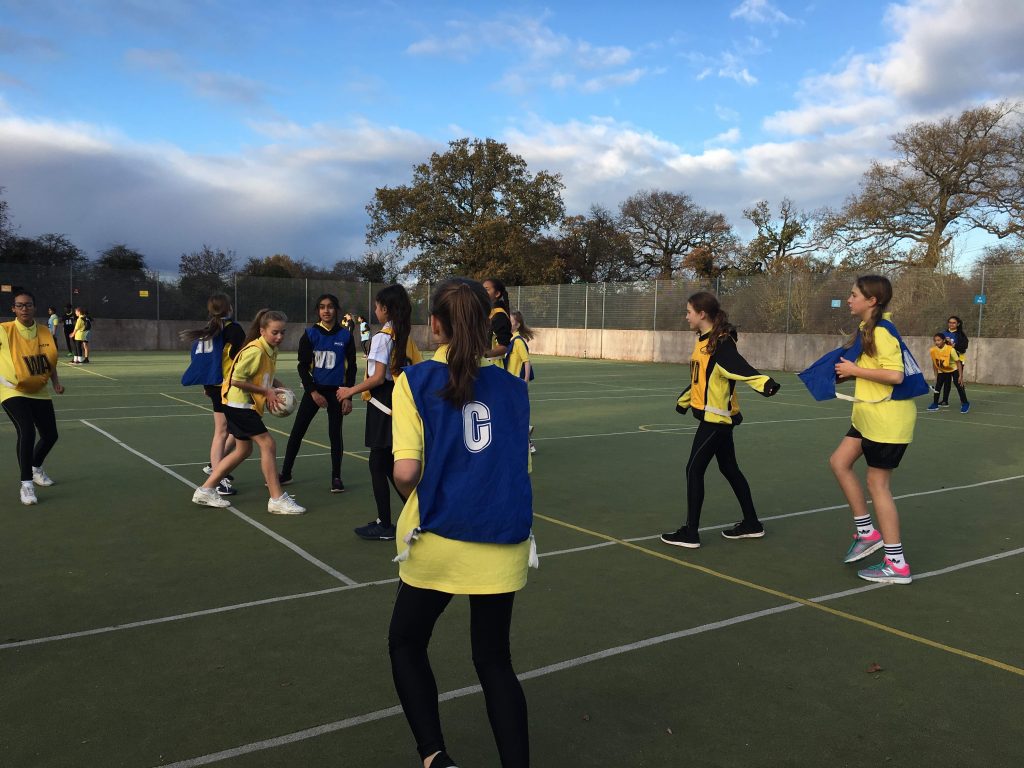 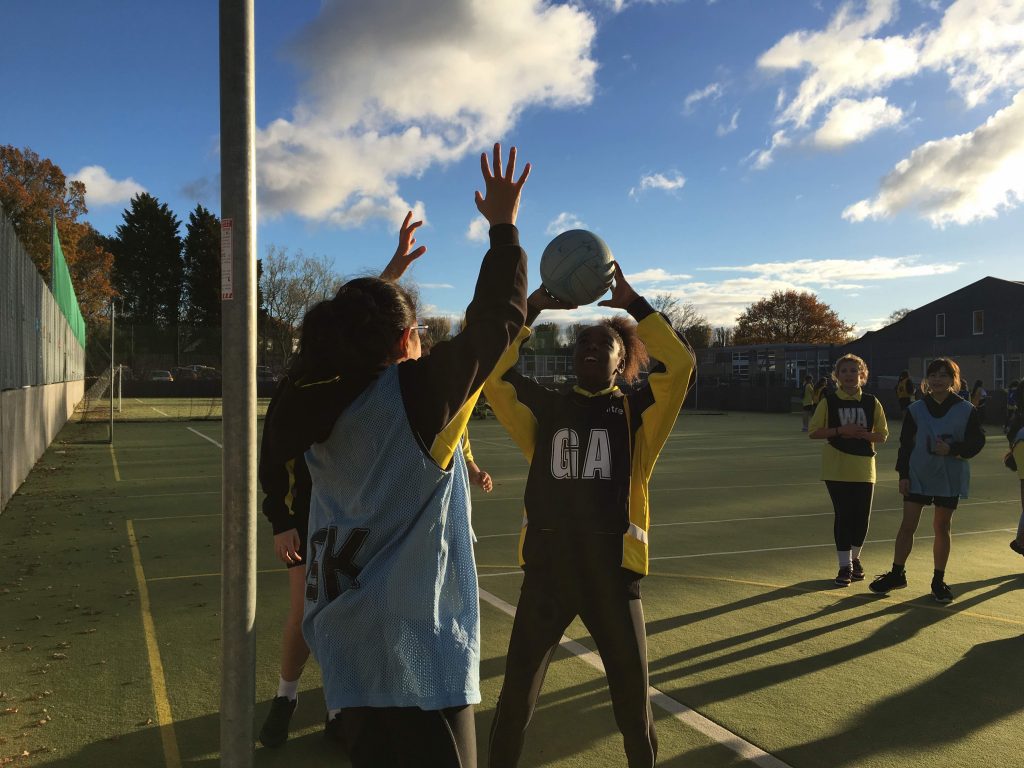 Comment : The boys put in a spirited display against John Warner in the 1st round of the County Shield.the match was very close throughout with only a poor 10 minute spell in the 2nd half where 3 tries were conceded the difference in the end. Special mention to S booth who was outstanding in defensive with several excellent try saving tackles and A Hiron and d cross who had several strong runs carrying the ball depp into the oppostion half. The continued improvement in rucking was again evident and lots of positive signs for the future.

Comment: This was a tough game for the year 7 team against strong opposition.  The scoreline was not a reflection of the game with some fine shooting from the SMB team the difference between the two sides.  BMS fought hard until the final whistle but were unable to reduce the deficit.  Practice this week will focus on more accurate passing and moving to create space.

Comment:  Tough opposition for the B team squad who were without several key players for today’s game, thanks Isabella for stepping in at the last moment. Positives can be taken from the third quarter which the girls drew and some great shooting from Anya. Better use of the whole court space and more competitive drive are areas to work on at practice in readiness for the next match.

Comment: After a disappointing Monday it was back to winning ways on Tuesday against a good Immanuel team. Early pressure from BMS through great work from Hannah, Kristyna and Georgiana in the centre court meant lots of possession converted well by shooters Siyona, Anya and Ruby. A dominant lead after the first quarter meant Bushey could control the game more and look to develop the space and passing game missing in yesterday’s match. Solid performances from Ruby, Olivia and Chichi in defence ensured the lead was not troubled. Well played ladies, we remain undefeated in the league.

Comment: After a 6-0 defeat in the first quarter the girls fought back by improving the quality of their passes from defence through to attack.  In the second two quarters we had most of the attacking play and only conceded 3 goals in the remainder of the match, converting one of ours.  Thank you to A. Wolstenholme who stepped up to play GS at the last minute for us.  I continue to be very proud of you all.

On Wednesday after school it was great to see so many Year 8 and 9 BMS netball team players take part in the mini tournament and competitive inter-school games on the astro turf....