Back to Latest Articles
Events

Scientist of the Week – Issue 11

GCSE English students weren’t the only ones working hard over Easter. Our A Level English Literature, Creative Writing and Language & Literature students were all in over the...

The Year 13 Food Science and Nutrition class recently completed an online course in Level 2 Food Safety and Preparation by Virtual College. This means that, if I chose to work in...

Adoring fans from around the world gathered at our school last Sunday morning to pay tribute to one of our most famous alumni George Michael and honour his musical achievements with the unveiling of a Heritage Foundation Blue Plaque. 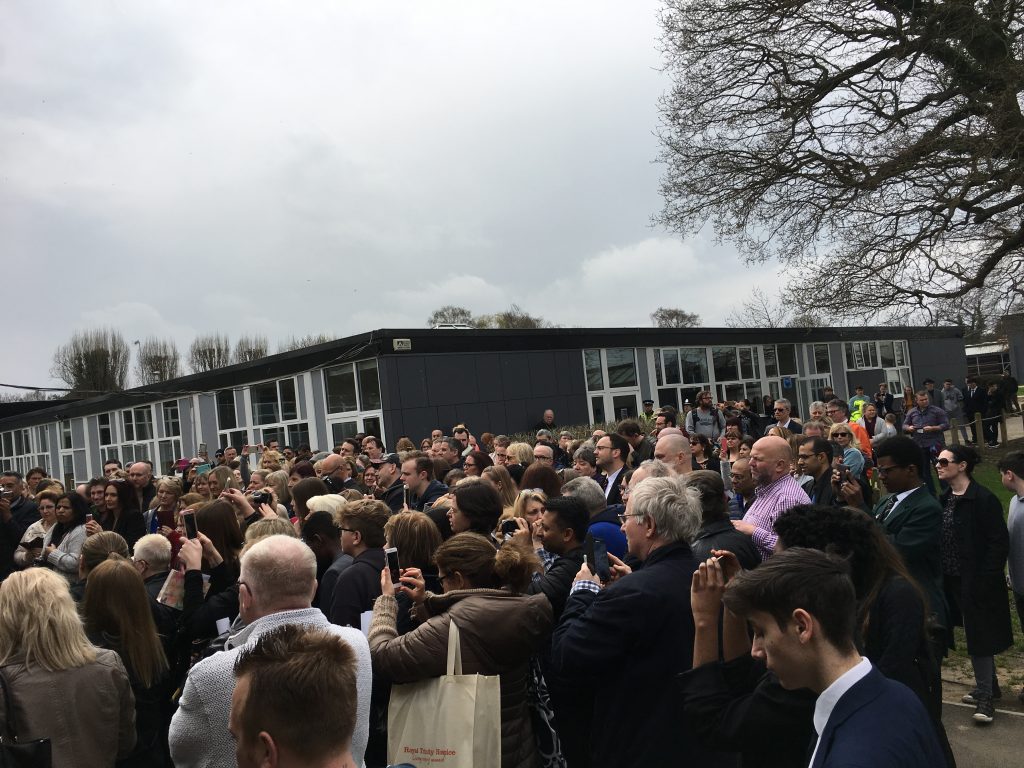 Fans from around the world gathering at Bushey Meads School

The event which welcomed visitors from across the United Kingdom, alongside those from Italy, Belgium and Spain, coincided with the grand opening of our newly refurbished and extended music department. It was in this very building that George Michael and Andrew Ridgeley (who were both students at Bushey Meads School) would have first rehearsed and developed their musical talent, before forming their world famous duo Wham! 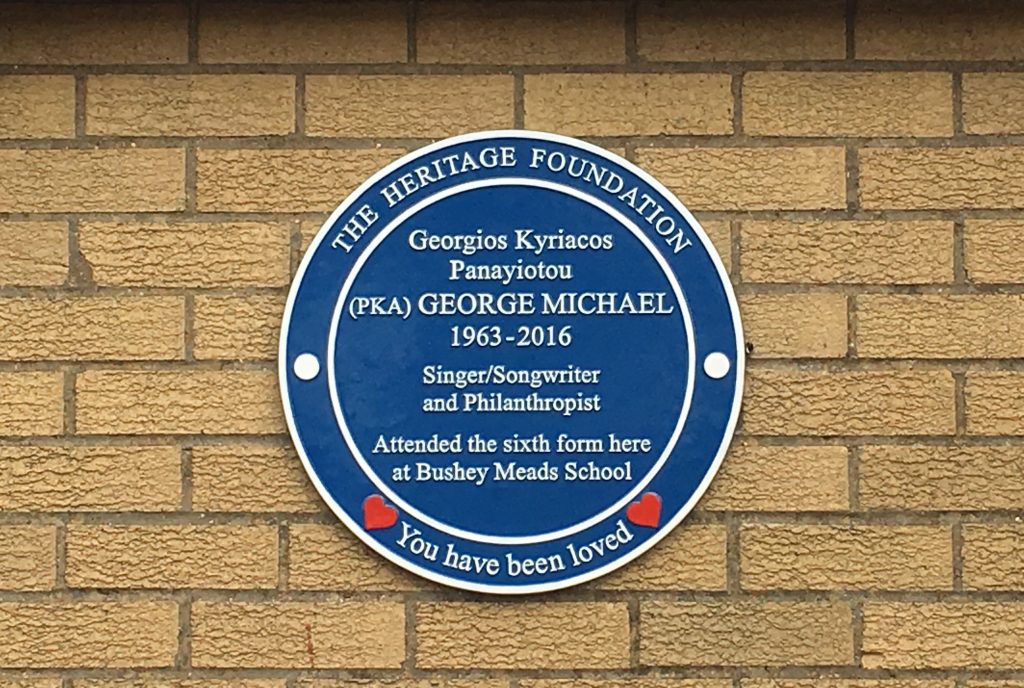 Our brand new music department now boasts a state of the art Apple Mac music technology suite, two large classrooms and 6 sound proof rehearsal rooms and recording studios. The latest development is part of our ongoing £6 million building project which is  providing even more excellent facilities for the growing numbers of students joining our school; a school which has seen an 25% increase in applications in recent years and is now ranked as Hertfordshire’s 5th most popular school, according to the Hertfordshire based website School Guru. 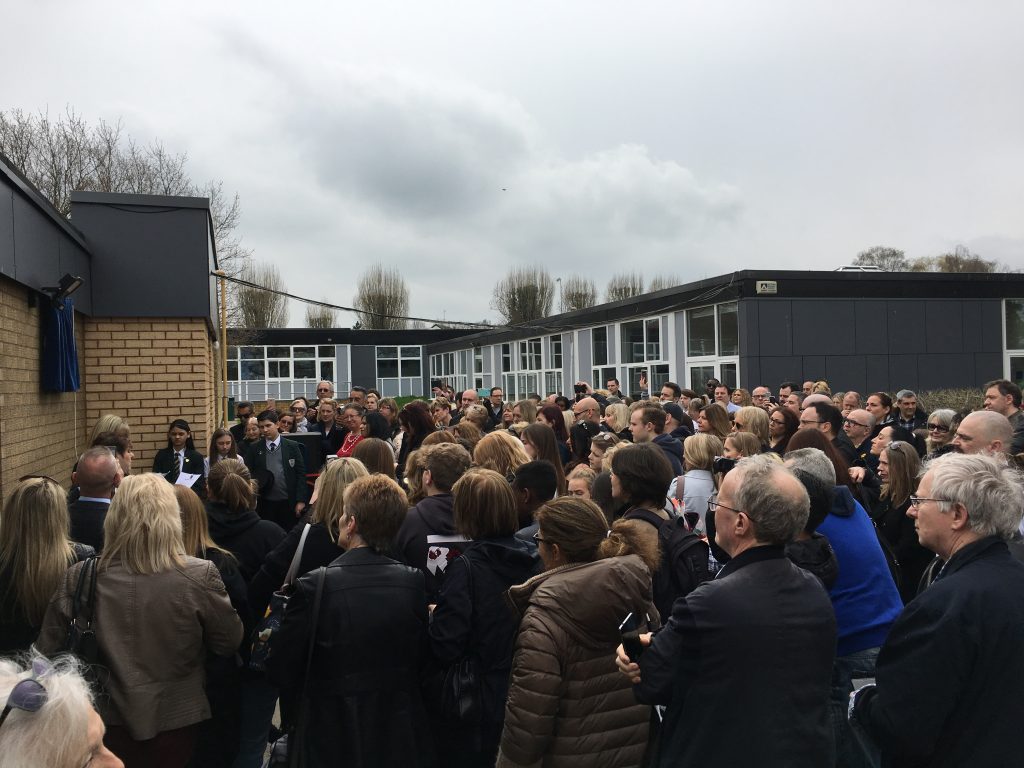 Fans from around the world gathering in honour of George Michael

Deputy Mayor of Hertsmere Councillor Brenda Batten unveiled the Blue Plaque and acknowledged the superb achievements of past and present students at the school, particularly the life and work of George Michael. Trustees and Governors from the Bushey St James Trust, as well as other local Councillors and dignitaries were also in attendance. 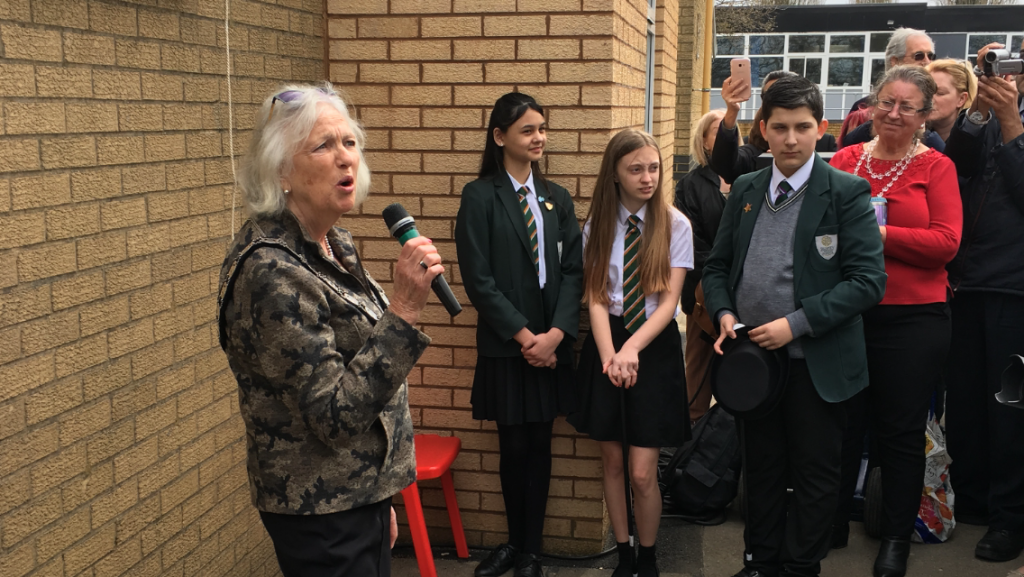 The day culminated in a superb tribute concert held in the Main Hall, provided by our talented students. All in all it was a great day in the life of the school and one that really recognised the superb talents of all our current and past students. George Michael is one of our many inspirational alumni and the blue plaque will serve as a daily reminder to our current students as to what can be achieved. 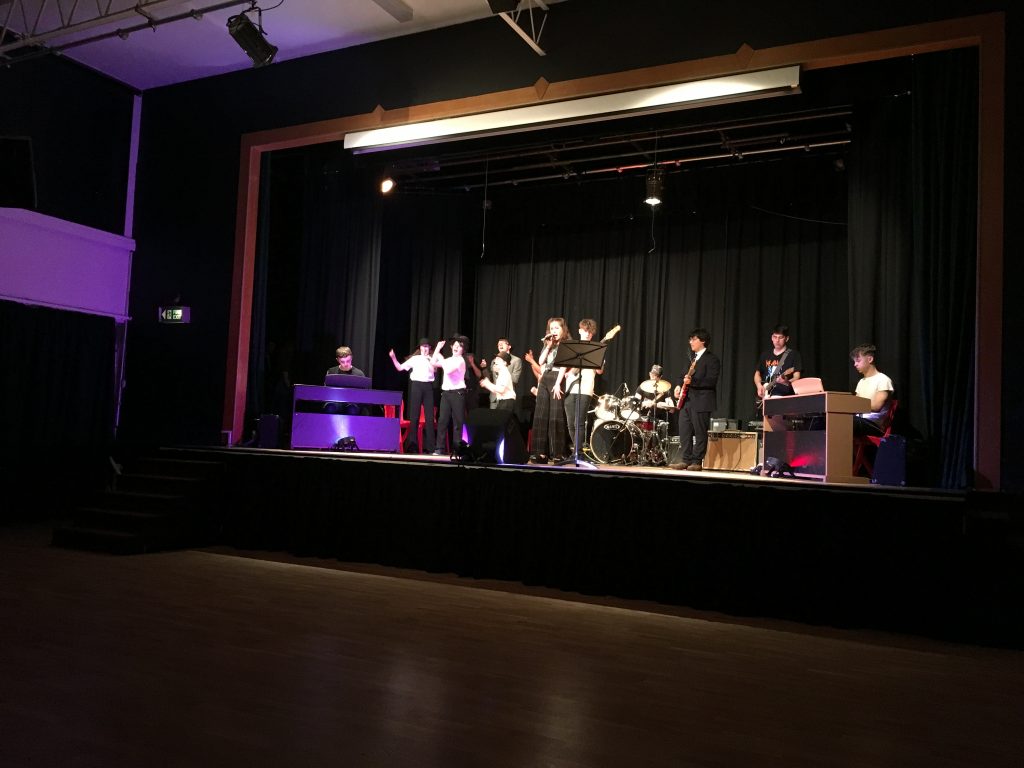 I would like to thank all staff and students involved in making the truly international event so successful, but especially our hard working Head of Performing and Visual Arts Mr Knowles and Head of Music Miss Craven – both ably assisted by our talented Teaching Assistant Miss Bailey. I would also like to commend two Sixth Form students Mica Mayo and Tom Hutchinson who organised the whole morning event and inspired so many other students to get involved. 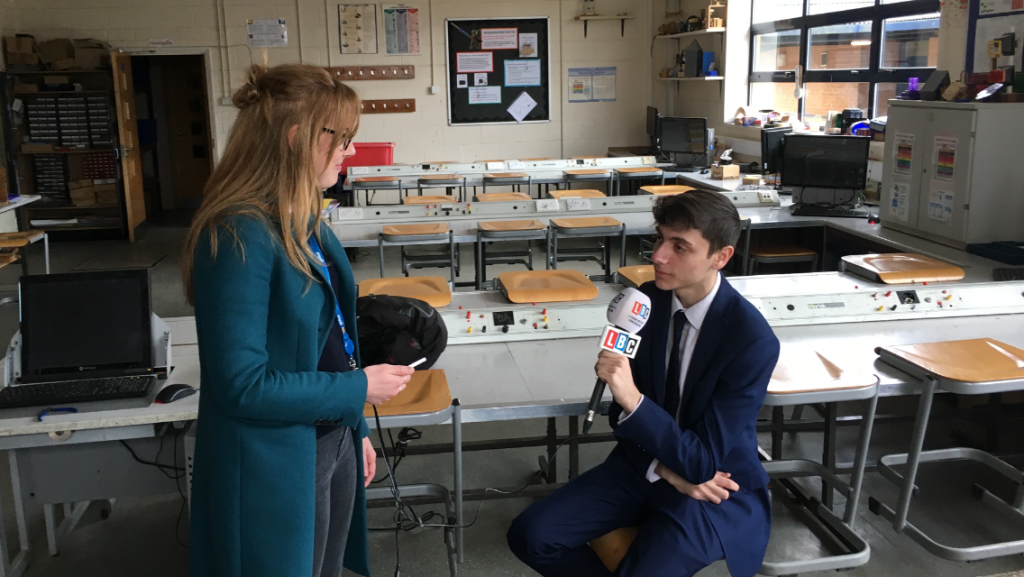 On Wednesday on this week it was great to see so many parents and carers in the Main Hall for the two Year 9 Options Evening talks provided by Deputy Headteacher Mrs Ash, Work...

Three students from Bushey Meads travelled to Buckmore Kart Circuit in Kent on Saturday 21st April for the regional final of the British Schools Karting Championship. On a hot...