On Friday 10th December, Councillor Lawrence Brass visited BMS to speak to law and politics students about his political and legal career. Councillor Brass explained how his...

At Bushey Meads we place a high emphasis on recognising and rewarding achievement and many students have finished this first term of 2021.22 with over 100 reward points which is...

This term has seen KS3 science club start up once again, with a fantastic number of curious young scientists participating in a range of fun and educational activities during...

Christmas Wishes from the Pastoral Team

On behalf of the Pastoral Team we would like to wish you all a very Merry Christmas and a Happy and Healthy 2022! We would like to thank parents and carers for their continued...

On Wednesday afternoon 60 students from Little Reddings yr6 group came to view their artwork in the Bushey Meads Gallery. The students have been learning about different artists...

MFL Faculty once again received some very creative entries for the annual Christmas Card Competition. The entries were very impressive, demonstrating not only our MFL students’...

BOYS INTER HOUSE FUTSAL To finish off a very busy term of sport the boys in Years 7 -10 have been competing in indoor futsal tournaments in the sports hall. Futsal is a fast...

Chefs of the week and Year 10 Sweatshirts

My year 7 class have been doing the food and nutrition project and have been working really well to develop their practical skills. They have been learning about the bridge and...

Our hard working Year 13 students took this week’s PPE Examination Results Assembly very seriously during lesson 4 on Wednesday in the Main Hall. The vast majority of...

On Friday 10th December, Councillor Lawrence Brass visited BMS to speak to law and politics students about his political and legal career. 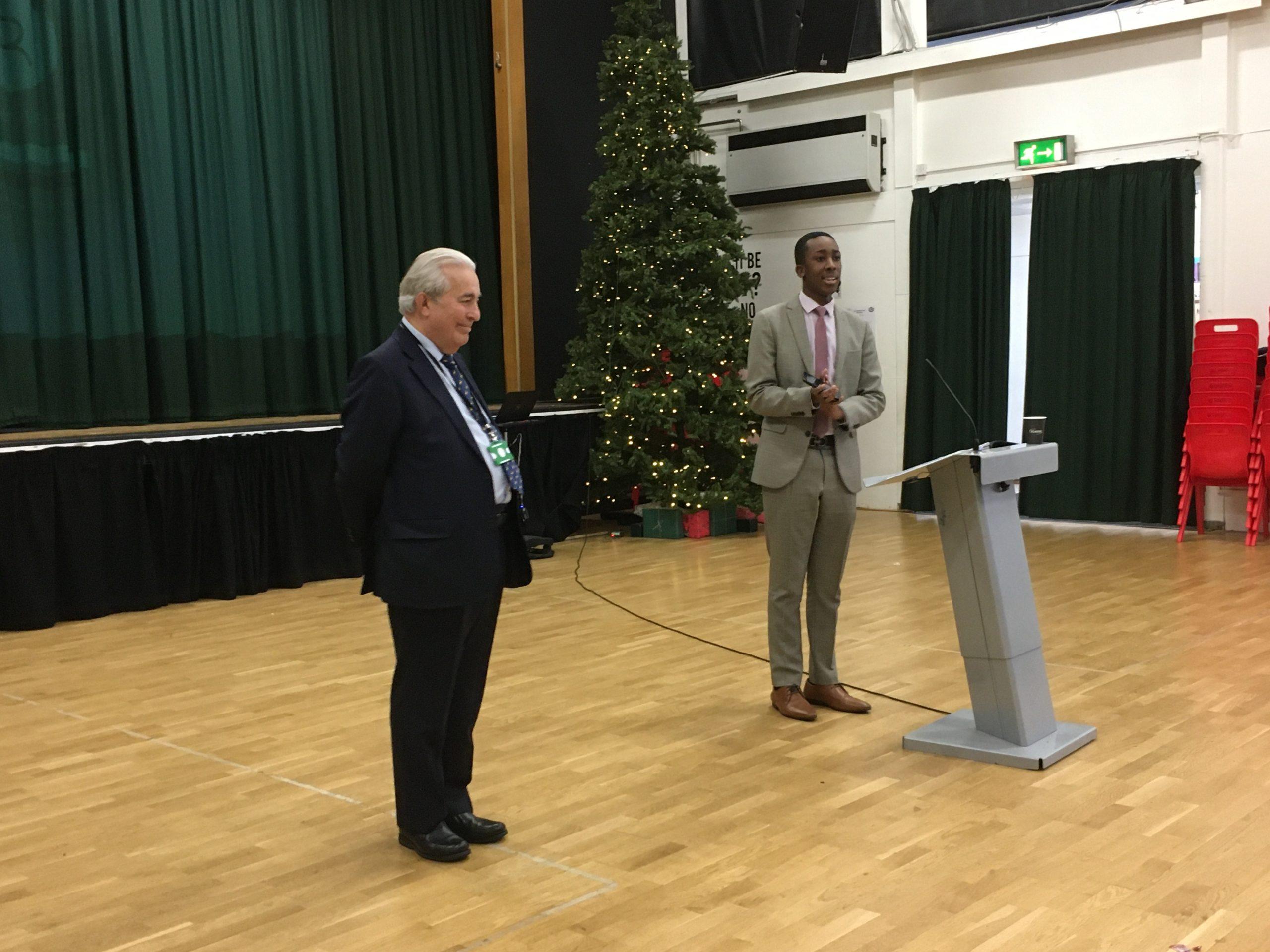 Councillor Brass explained how his interest in politics and speaking up for the rights of others started at a young age – in the 60s – when he protested against Vietnam and race issues. His interest in politics grew and he even stood against Maggie Thatcher in the General Election of 1974 in Finchley! He talked to the students about his political career and briefly his time as an Asylum Judge. Afterwards, students asked him questions about his beliefs and lasting legacy. 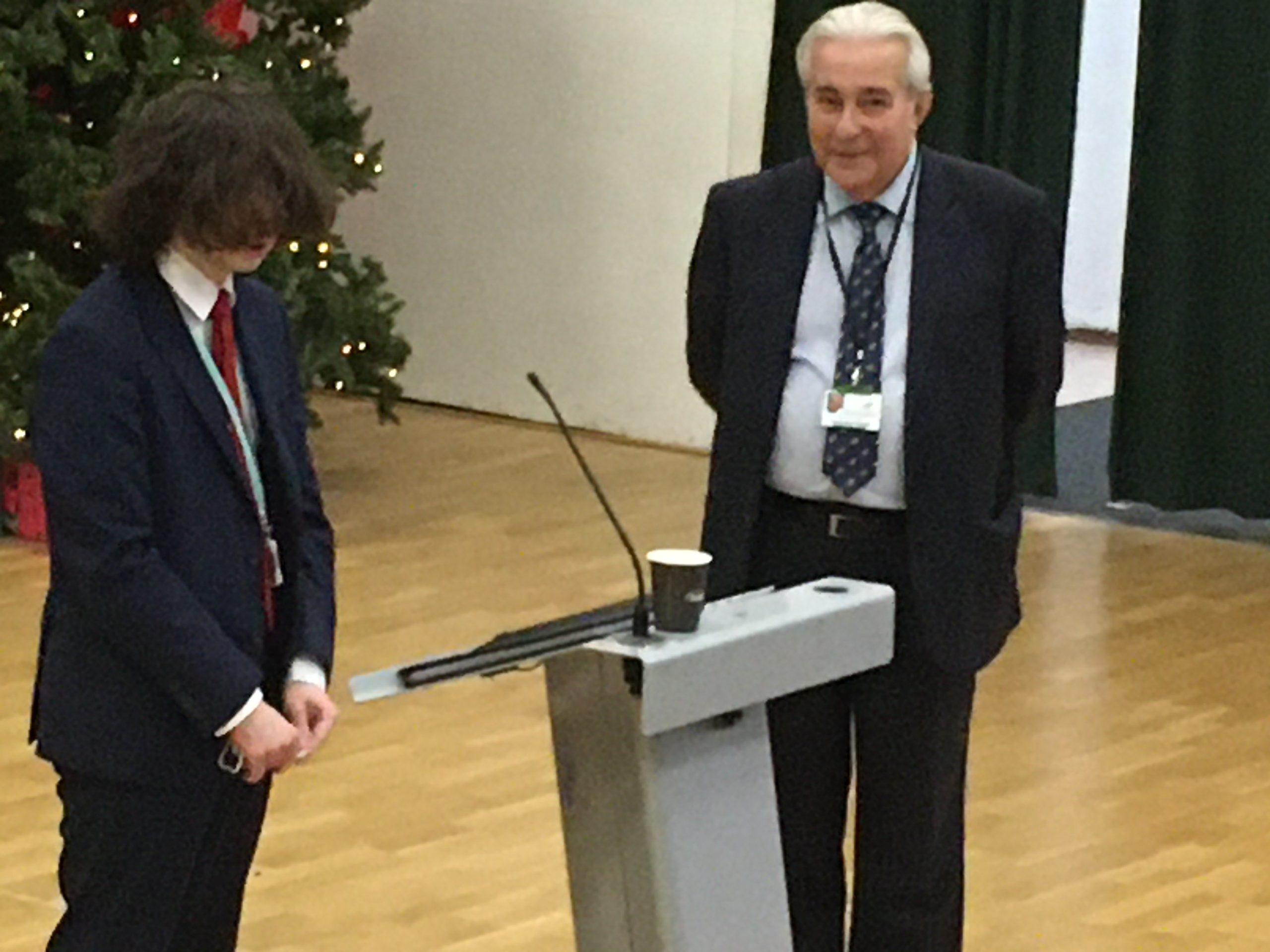 Impressively, Councillor Brass sent a letter to one of the students after the event in answer to a question that he felt that he had not answered very well. Many thanks to Councillor Brass, not only for his time on the Friday afternoon, but also for his follow-up information. 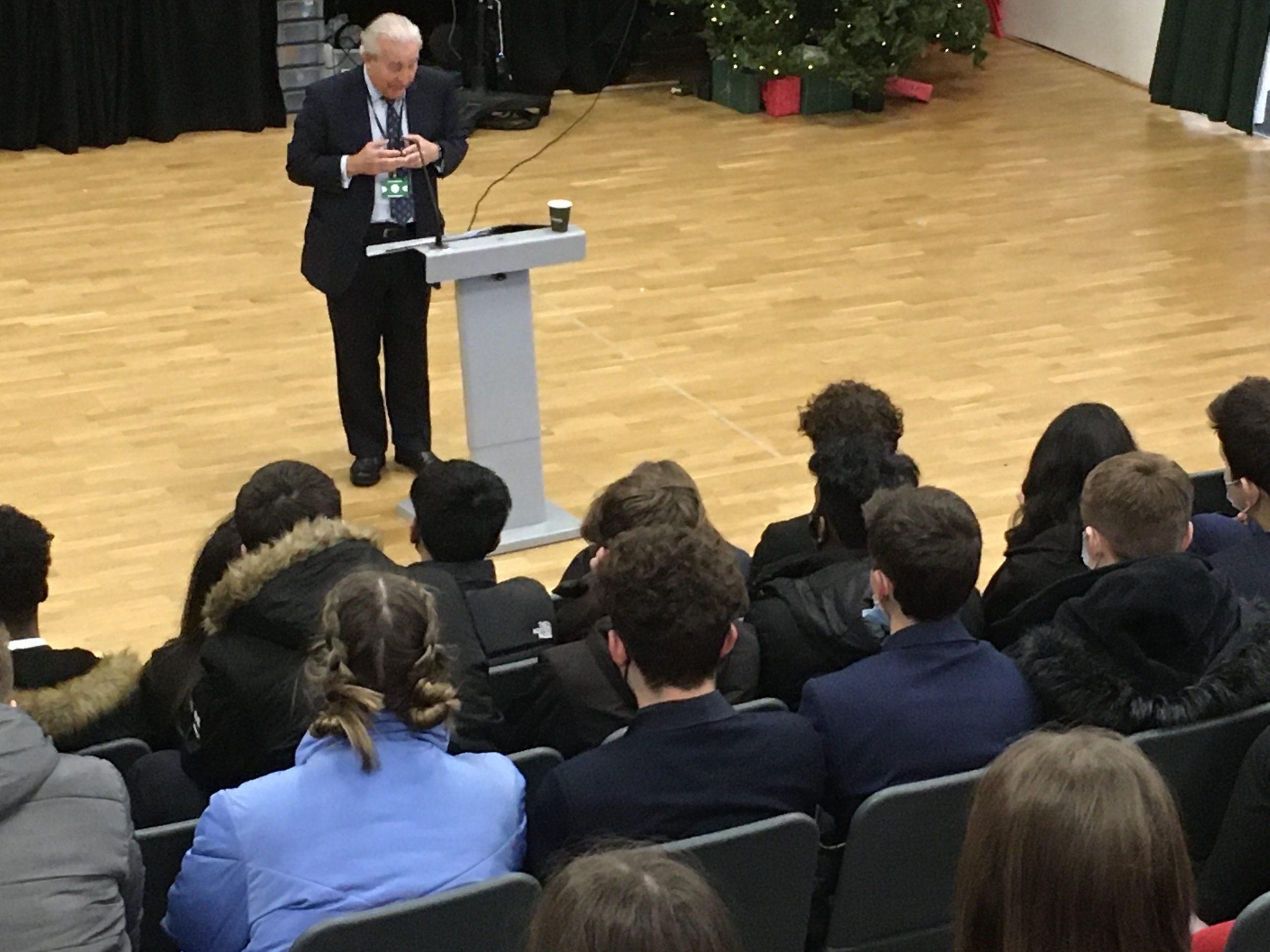 At the start of the event, Jesse from Year 13 introduced Councillor Brass and provided a brief biographical summary. Adam, also from year 13, gave the Vote of Thanks at the end. Both Jesse and Adam study politics and law. 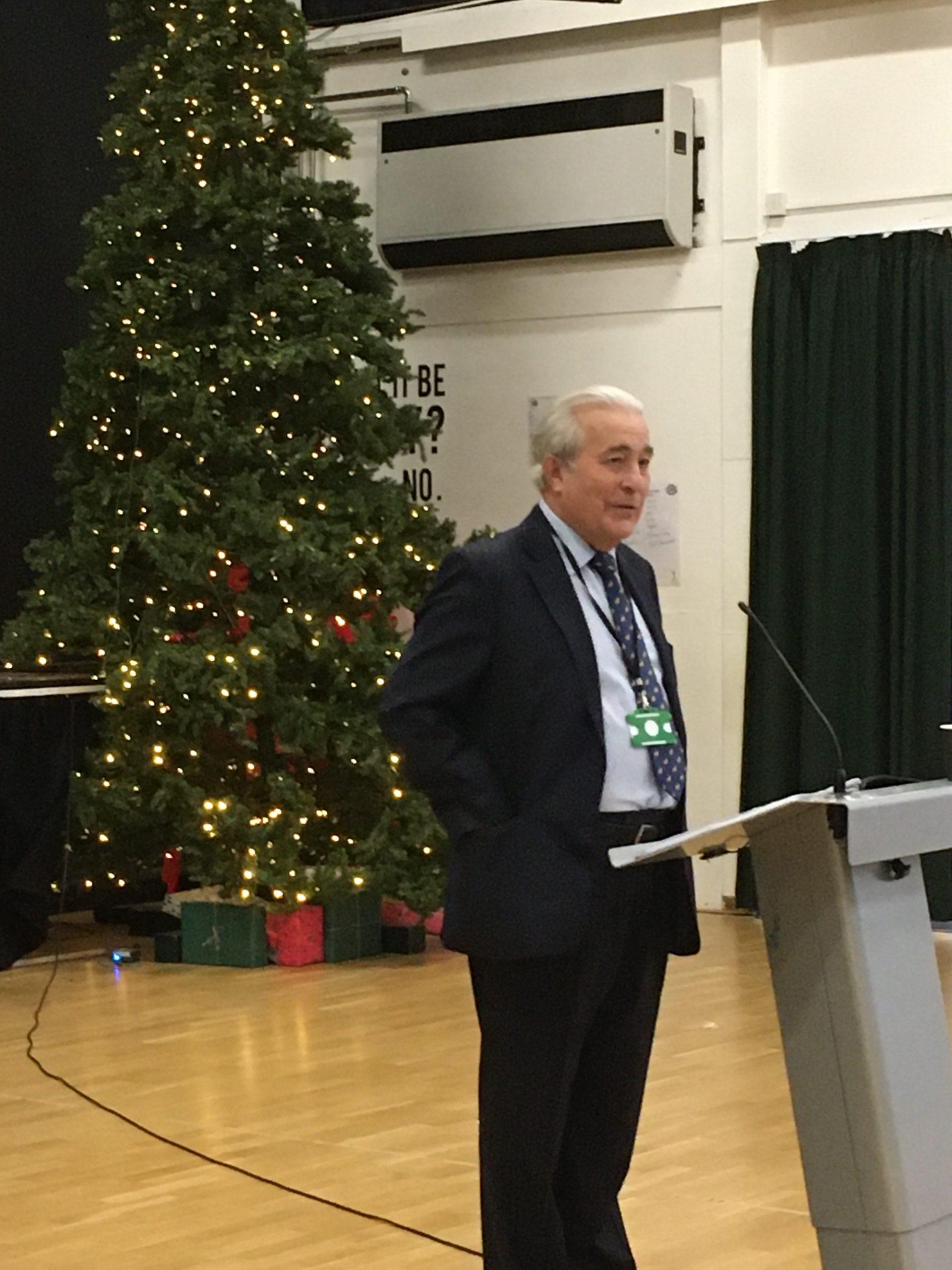 Jesse writes:
On Friday period 5, year 12 and 13 Law and Politics students were invited to listen to a talk by the newly elected Bushey North County Councillor. I was given the opportunity to introduce Councillor Brass and in doing this I was able to gain a bit of intel about what we would be listening to. I found it interesting that although the Judiciary and Parliament are separate, Mr Brass was able in his career to be a judge as well as run for parliament. One of the things I found most fascinating in his talk was the fact that in 1974 he was 3,000 votes away from Margaret Thatcher in the parliamentary seat in Finchley. 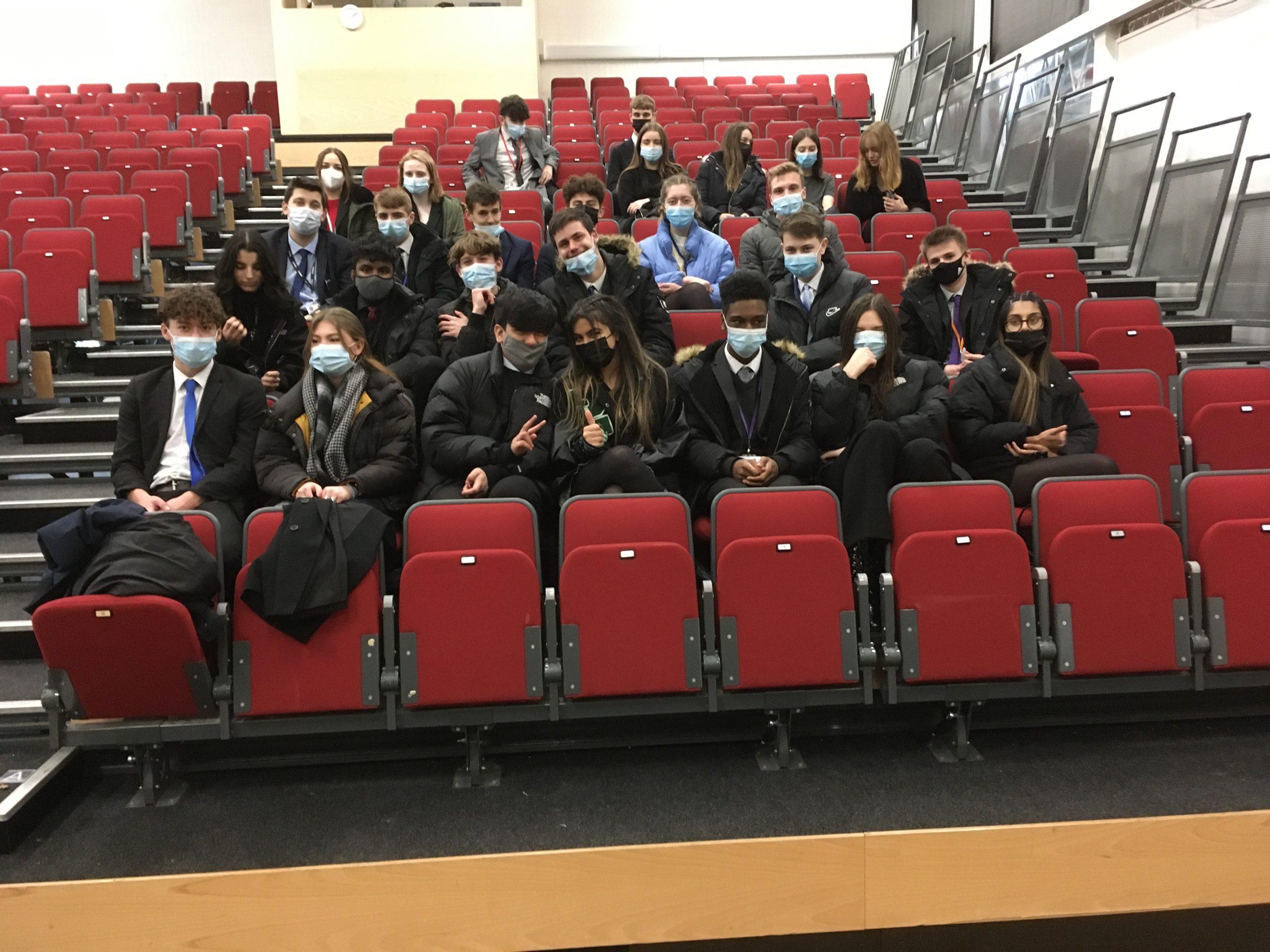 I imagined that if Mr Brass had won this election the whole of politics today could be completely different as Mrs Thatcher would have struggled to become leader of the Conservative Party at the time without a seat in Parliament. Another thing I found interesting was his passion for lawful protest and how he believed that the younger generation have become uninterested in politics. He spoke to us about how every vote mattered and even shared a story where he lost an election by 3 votes. I could tell that his comments on this touched many people in the audience as a lot of us are of the opinion that one vote doesn’t really make a difference. This relays back to something we learnt in politics A Level. Emma Goldman, an anarchist thinker, stated that if voting changed anything, they would make it illegal which I agree to some extent. But Councillor Brass’s views revamped my own interest in voting and politics. 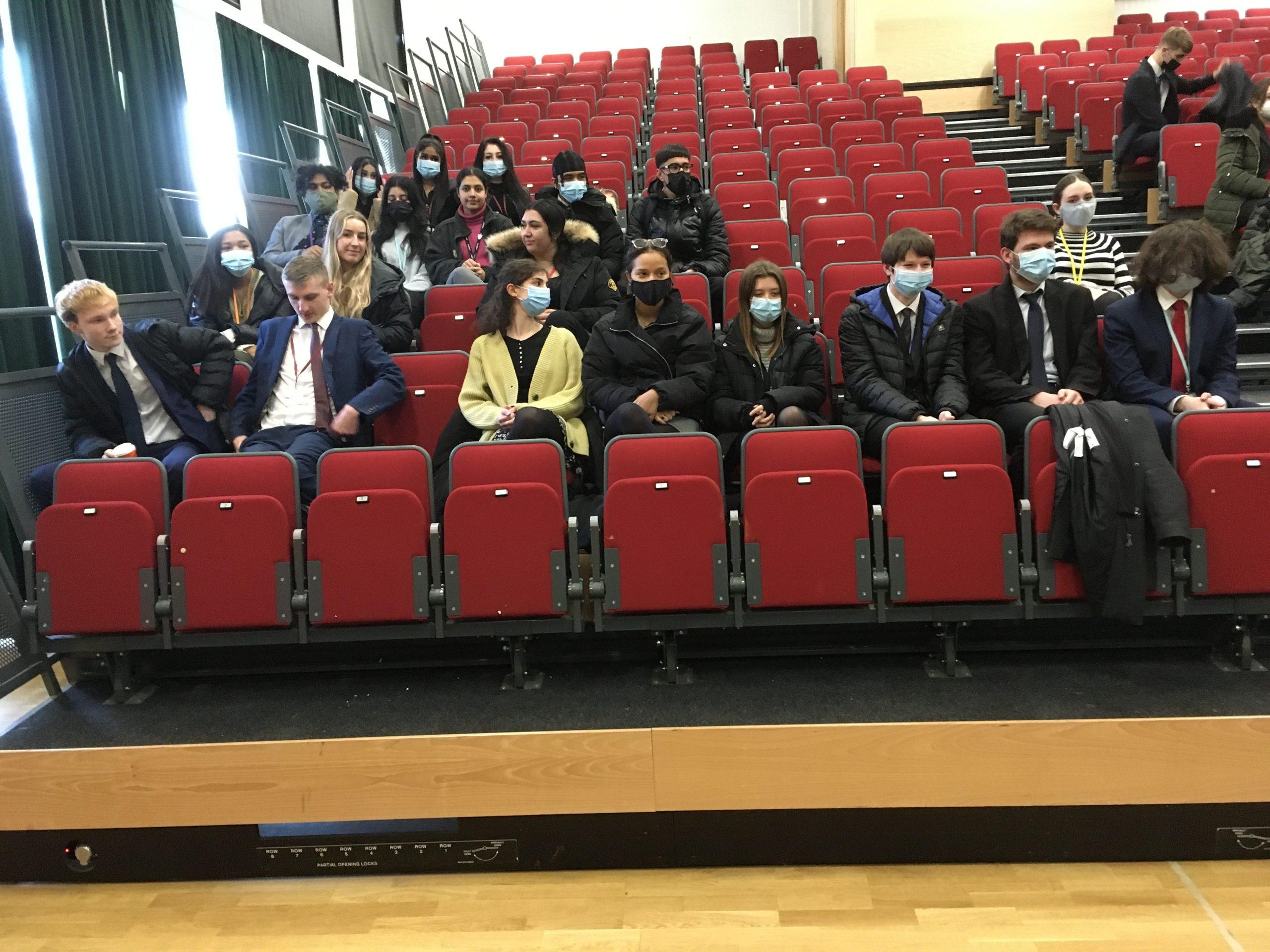 To conclude, I enjoyed listening to Mr Brass and really found his stories and views interesting. They gave me an inside view as to what it is like to work in politics and law.

Adam writes:
Last Friday, Sixth Form Politics and Law students were treated to a guest speaker, Councillor Lawrence Brass for Bushey North. Councillor Brass entertained the students with stories of his political career, including his time as incumbent Councillor as well as his electoral victories and defeats. Students were excited to hear how he nearly beat Margaret Thatcher in her seat in Finchley, losing by a few thousand votes. Councillor Brass also regaled on his time as an asylum judge, dealing with victims who have fled conflict and persecution in other nations and are looking for a new life in the UK. 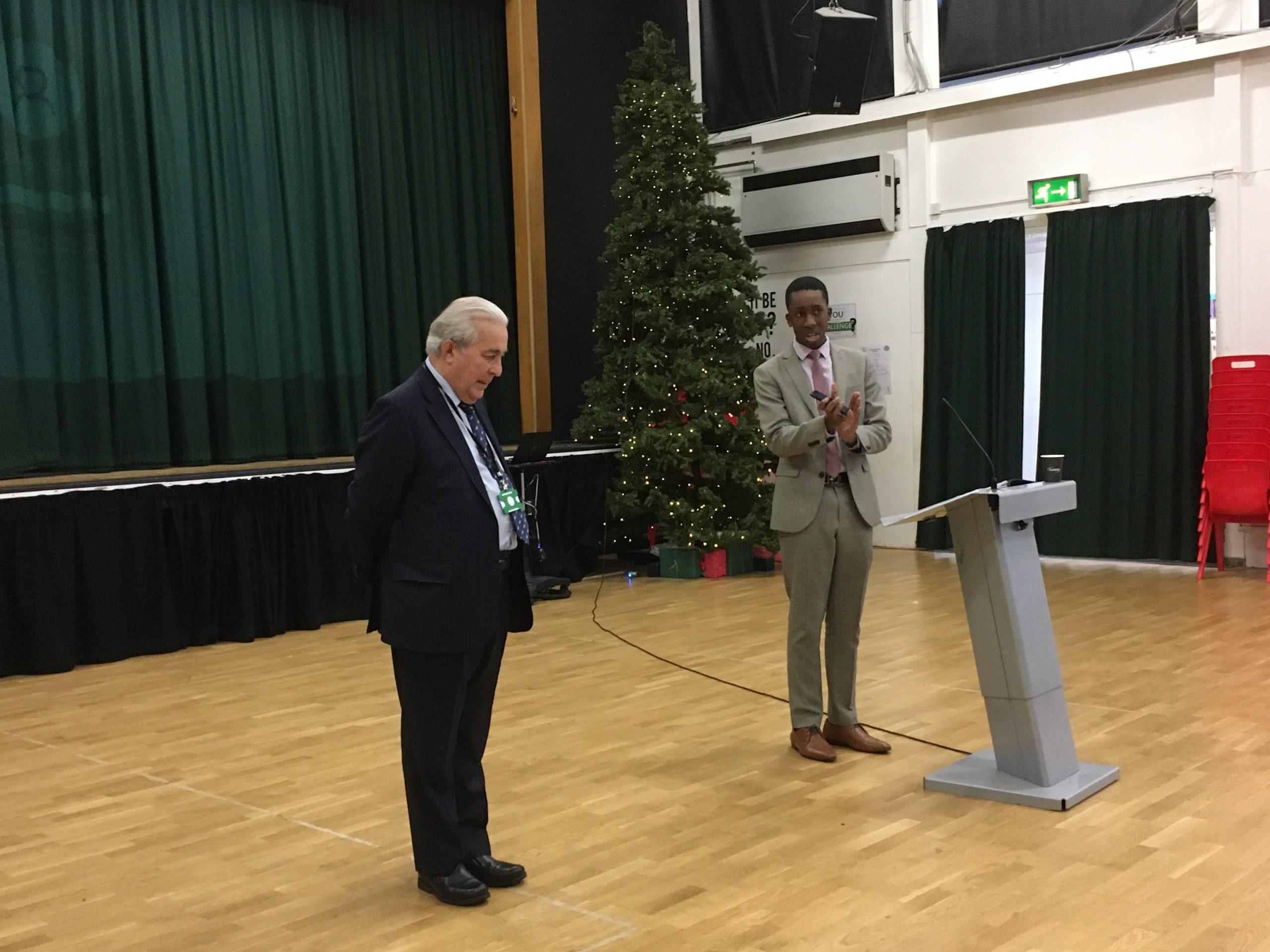 Year 8 are working on their sensory activity mat project. Students have chosen a target market that their activity mat will be aimed at and are now beginning to design their mats...