Back to Latest Articles
Sixth Form

Following the best A Level results for BMS in the summer with many students going on to attend some of the top universities in the country, including Amira who is studying English...

On our last day of the academic year students and staff were anxiously waiting to find out which House had won the House Cup in 2018. All the reward points that each individual...

Mr Back kicks off assemblies on hopes and aspirations

Our Learning Resource Centre (LRC) at Bushey Meads is a real hub of the school for learning. Managed by our outstanding LRC Manager Mr Back, students in Year 7 and 8 experience...

First Day of an Exciting Journey

This was one of many groups of lovely aspirational, enthusiastic new Year 7 students who have now joined our school. It was a great week this week for our students starting back...

Year 12 students find out about Apprenticeships within a Scientific and Engineering environment at global healthcare company GlaxoSmithkline. We were delighted to accept the offer...

On Tuesday of this week the Sixth Form Team, led by Associate Leader and Head of Sixth Form Mr O’Kelly, welcomed our largest cohort of external sixth form applicants to Bushey...

With the Theme of the Week of New Beginnings it was so good to welcome our lovely new Year 7 students to Bushey Meads on Tuesday of this week. After a motivational assembly led by...

Positive Feedback about our Year 6 – 7 Transition

Our transition process for our new Year 7 students starts well before they arrive at Bushey Meads and much of what we do at every stage is considered to be ‘best...

Over the work experience week, Myself (Jakub), Adam Dalby and Zahra Saley all attended the Harper Adams University Summer School for three days. The point of this event was to...

Following the best A Level results for BMS in the summer with many students going on to attend some of the top universities in the country, including Amira who is studying English at the University of Oxford, our intake into the Sixth Form has continues to grow. Mr O’Kelly, Head of Sixth Form, and the Sixth Form team were on hand from GCSE results day onwards to sign Year 11 students onto their new courses in Year 12. 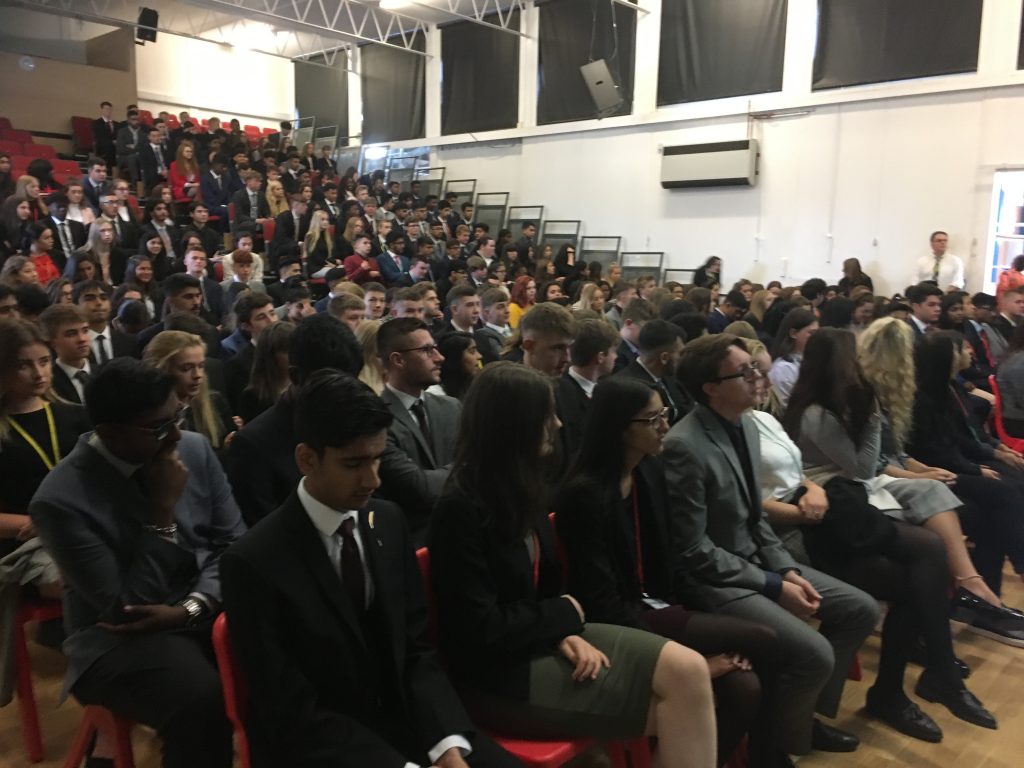 As a school we have managed to maintain offering a broad and balanced curriculum for Year 12 and 13. The Sixth Form students, looking very smart in their business wear, started their new year with an assembly led by Mr O’Kelly and Mrs Timotheou, Deputy Head of Sixth Form. It was great to see the hall full of Sixth Form students who are great role models for our younger students.

Sometimes Plan B Works Out to be Better!

It is always inspiring to hear of how the teachers at Bushey Meads help students to achieve their true potential; this week I received the following email from a father of one of...