Back to Latest Articles
Scientist of the Week

This weeks scientist of the week is Cecilia Payne-Gaposchkin, who was the astronomer and astro-physicist that discovered that stars are made largely of the two lightest chemical...

Sharing best practise is at the core of professional development at Bushey Meads.  Last week during the ‘Monday Magic Moment’, Ms Hargreaves showcased an engaging...

Year 9 students in Miss Cole’s class immersed themselves in creating are inspired by Black History Month.  Students studied the works of Kehinde Wiley, a Nigerian-American...

Dance is a subject that has grown over the past 4 years to become a core part of what Bushey Meads has to offer.  With Mrs Rosa building the department from the ground up and Miss...

Student of the Week – Issue 59

Key Stage 3 Preesha 8 Maple – Preesha is an exceptional student, who always goes above and beyond in and outside her lessons.  She has the most amount of achievement points...

Getting the core subjects right has such a huge impact on the opportunities available to our Year 11 students when they complete their GCSEs. Maths will lead to one grade, English...

Kindness Thought of the Week – Issue 59

Advanced Skills Leader Mrs Knowles led the Main School assemblies this week on the theme of Independence, a particularly important and relevant topic for our hard working and...

Every year, in the middle of dreary September, the staff of Bushey Meads take part in World’s Biggest Coffee Morning to help raise money for Cancer Research. World’s...

This weeks scientist of the week is Cecilia Payne-Gaposchkin, who was the astronomer and astro-physicist that discovered that stars are made largely of the two lightest chemical elements hydrogen and helium. 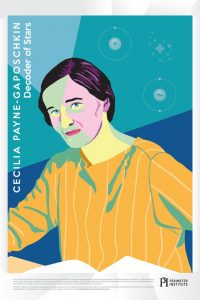 She made her discovery whilst still in graduate school and at first nobody believed her as scientists were convinced that the sun’s composition was similar to the earth’s.
Whilst she published her findings she was encouraged to not claim it was true and to explain why her findings were wrong.
However, once her results were published in a book Stellar Atmospheres they became widely read and accepted and she is known as one of the most eminent astrophysicists of her time.
How many protons does a hydrogen atom contain?

This weeks scientist of the week was nominated by Harry Weitzman.

If you would like to nominate a scientist email [email protected]

Scientist of the Week – Issue 56

Scientist of the Week – Issue 33